Three seatings starting at three pm on June 9th will be sold out by Monday (is our guess). 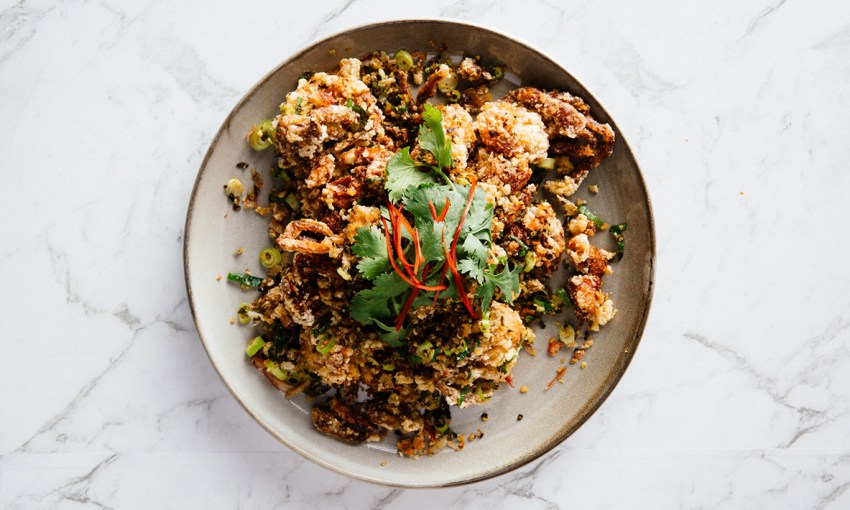 Restaurateur Sondra Deering quietly goes about her business operating one of the most – if not the most – popular restaurants in Adelaide. Golden Boy on North Terrace is booked out almost every night it’s 0pen and became so popular that Sondra and her business partners decided to alter the adjacent Botanic Bar to better cater for restaurant overflow.

It’s a little-known fact the ownership group of Sunny’s Pizza all worked at Botanic and Golden Boy.

Sunny Boy
A super, spicy party by the teams from Sunny’s & Golden Boy.

When we saw the event pop up for the Golden Boy Sunny’s kitchen takeover, we immediately booked our tickets after letting previous collaborations slide through to the keeper. There’s just something so authentic about this pairing that makes us believe the result will be exceptional.

“Well when some of your favourite bartenders and DJs open up a venue together, it’s only natural that you’re going to miss them and want to work with them again,” says Sondra.

Thai food on pizza might challenge some people’s imagination but knowing the ever-inventive food minds between both institutions we’re sure the results will be excellent.

“We’ll be putting our house-made spicy Thai sausage on a pizza,” says Sondra, “we’ll do the Kingfish sashimi, which is a favourite of the restaurant too”. Other pizzas like Tom yum prawn and oyster mushroom and the vegan mushroom with sawtooth coriander paste sound incredible.

The collaboration will run deeper than the pizza oven too with two or three “Not Pizza” items and some suitable drinks from Rob Denisoff and Josh Dolman who both used to shake and stir at the Botanic before opening Sunny’s.

“I’ll be in the kitchen and across the venue I’m imagining,” says Sondra. “It’s been a long time coming, this collab, and so I’m happy we’re finally doing it. It’s going to be a special night.”