Right through January, 25 per cent of sales of the new red ale will be donated to the Kangaroo Island Wildlife Park. 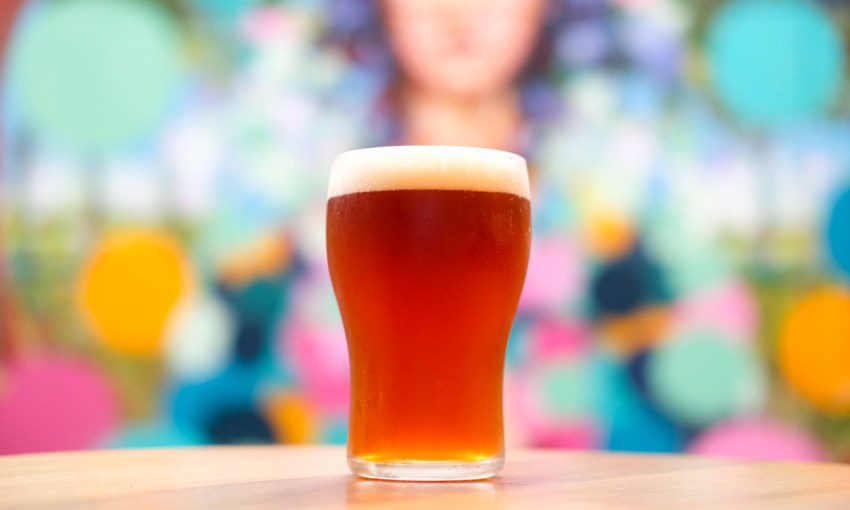 Climate Change is a Burning Issue Red Ale is available at Sparkke at the Whitmore now.

Throughout January, 25 per cent of sales of the beer will be donated to the Kangaroo Island Wildlife Park.

For information on how to donate directly to bushfire relief charities and organisations, see our guide.

Brewers Agi Gajic and Carla Naismith have been tinkering with the recipe over the last four months, with this third iteration of the beer hitting the stylistic marks the brewers wanted to hit.

“Our vibe is making sure that everybody can approach our beers and enjoy them and take something from them,” Carla says.

“So it’s probably a little bit more approachable than some red ales you’d find. The ABV’s really approachable, too. But it’s got lots of flavour.

The beer first hit taps on Thursday, 9 January and is available at the pub now.

Its official launch is on Saturday, 18 January, as part of the Crafty Pint’s national Beer for Bushfire Relief initiative.

For the entire month of January, Sparkke will donate 25 per cent of bar sales of Climate Change is a Burning Issue – about $4 a pint – to the Kangaroo Island Wildlife Park.

An earlier version of this article stated Sparkke would donate proceeds to the Kangaroo Island Mayoral Relief and Recovery Bushfire Fund.

After taking into consideration public comments from Kangaroo Island Mayor Michael Pengilly, the company says it has decided to direct donations to the Kangaroo Island Wildlife Park.

Ricky-Lee Barrios, a Sparkke employee, grew up on Kangaroo Island. Her parents, Libby and Teddy, still live there (their home is safe in Penneshaw) and volunteer with the CFS. She had just visited over Christmas, leaving just before New Year’s Eve.

“KI has this pull on people. Even though you’re not there, you’re still so connected to the place,” Ricky-Lee says.

“It’s amazing, knowing that people are trying to help us where they can – if they don’t have money to donate then they’re trying to make it known by posting on social media.

“I’m really proud to work at Sparkke, and it’s amazing seeing how active they are in trying to help where they can and having these conversations out loud and making people aware. I think it’s really powerful.”

The Climate Change… red ale will also soon join the core Sparkke range as a limited-run specialty beer, and will be released into cans and kegs for national distribution this March. 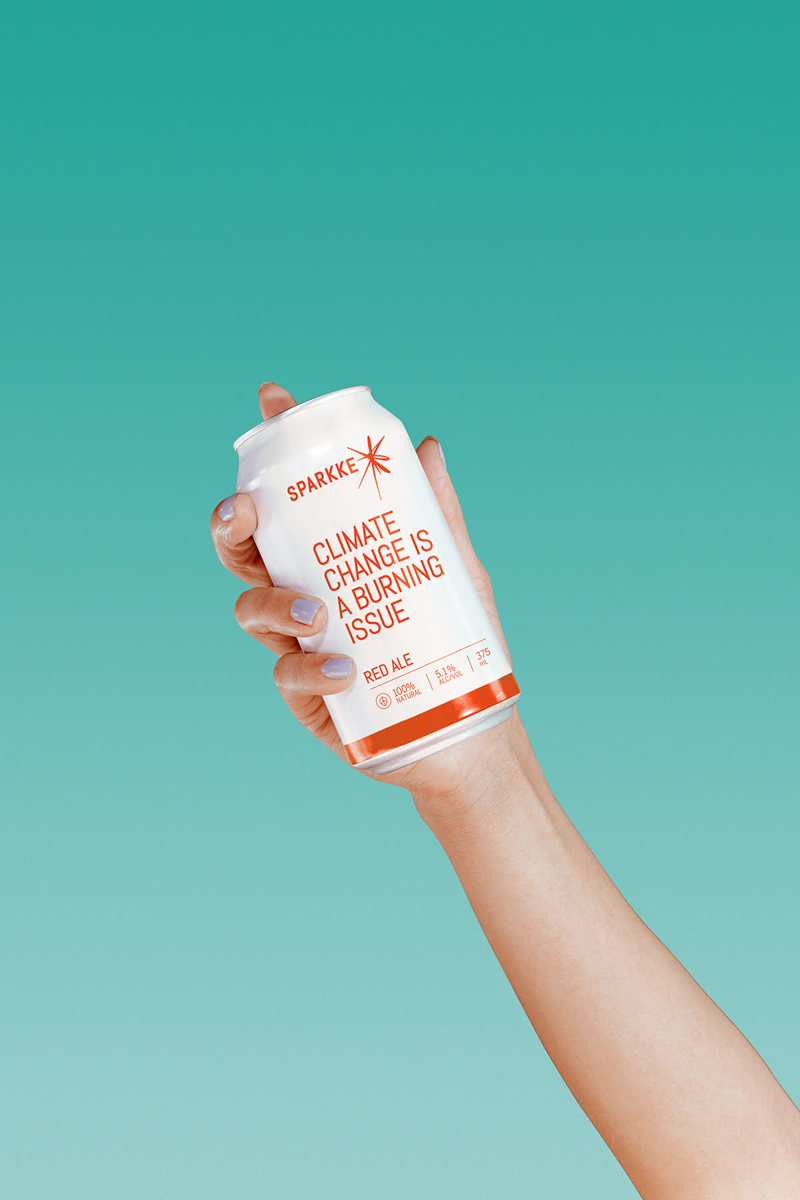 The Climate Change is a Burning Issue can

Under Sparkke’s new How Can We Help campaign, the brewery aims to contribute $25,000 to each cause that graces its cans over the course of 12 months.

A statement from Sparkke says the brewery is donating “in excess of $40,000 to bushfire appeals in South Australia.”

“We’re putting our money where our mouth is,” Sparkke co-founder Kari Allen says.

“Over the next 18 months, the company is committing to contributing a minimum of $125,000 of support in collaboration with organisations or projects doing important work on each social issue reflected on our five core brews.” 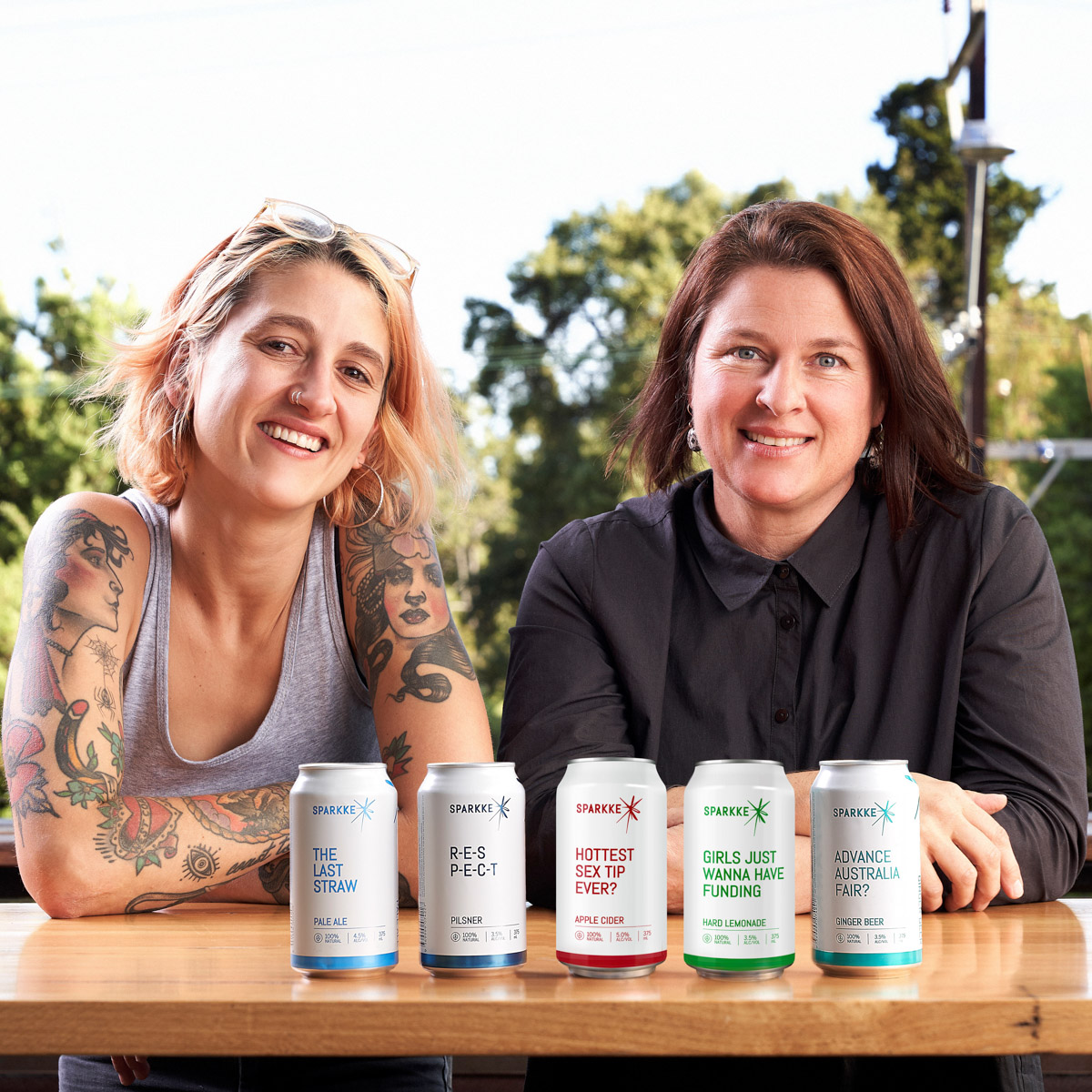 The ongoing effects of climate change are a particularly pertinent issue for the brewing industry, with some research suggesting the impact on global crops will push up beer prices.

“It goes without saying, this is a huge issue, and without a planet that’s habitable and living sustainably, there’s no point. There’ll be no resources for us to make beer,” Carla says.

“Beyond all the things that I feel on a personal level about climate change and about the awful things that are happening at the moment in Australia, it’s super poignant.”

Climate Change is a Burning Issue is available to purchase over the bar at Sparkke at the Whitmore now, with 25 per cent of sales donated to the Kangaroo Island Wildlife Park.

Sparkke’s black IPA is also set to come into the core range as a limited-run specialty beer, with the can design yet to be announced.

The addition of the red ale and black IPA into the canned range signals Sparkke’s desire to reach further into the craft beer market.

“They’re still super approachable and delicious, but just a bit more depth in flavour profiles and stuff like that.”

For information on the official launch of Climate Change is a Burning Issue on Saturday, 18 January, watch for updates on Sparkke at the Whitmore’s Facebook and Instagram pages.