After a year and a half trading, Waymouth Street fish-and-chipper Smallfry Seafood has been reborn as Uncle – a single-dish restaurant celebrating the universal appeal of chicken rice.

The two mains sit at $10-$10.90 (crispy skin is a little more expensive), and most of the sides sit at below $5 a piece (and free prawn crackers are available if you don’t mind dipping into a communal bowl).

It’s a new approach for the restaurateurs who are making a strong ploy for lunchtime trade – something they weren’t able to cater for with their previous concept.

“I think the location is one of the most important things for food. In the start we were not very familiar with the location, probably. This location is very lunch-orientated, so it’s not so much dinner. That’s one of the lessons we learned,” Jack says.

“People here tend to want a quick lunch, which we are not able to offer with Smallfry, because to cook the fish takes at least 15 minutes, to cook it fresh. You don’t want to pre-cook the seafood, it’s not nice.”

Smallfry also saw a downturn in sales as the Waymouth Street footpath upgrade tore up sections of the strip, which Jack says killed the night trade their restaurant relied on, and, combined with the concept’s unsuitability for the local lunch crowd, meant a drastic change was required.

“For us it was very tough to make that decision, to kill it and restart another brand. That was the hardest call,” Jack says, but in Uncle the duo has found a concept close to their hearts. 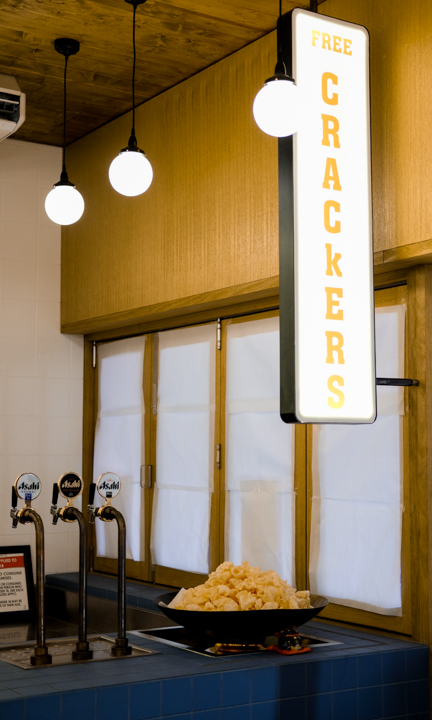 “The recipe is from my uncle… He passed away a long time ago, 10 years ago I think, and he always wanted to pass down the recipe,” Jack says.

Not only does Uncle sit at a lower price point, the nature of chicken rice makes for a quicker turnaround from point-of-sale to plate, making it a more suitable fit for the Waymouth Street market.

While Smallfry is gone for now, Jack hints that the concept may pop up again in a future venture, in a location more befitting of the concept.

Uncle opens officially on Monday, 26 November, and will open 11am to 3:30p Monday to Wednesday and 11am to 9pm Thursday and Friday.