Shibui: For the love of dessert

Chef Quang Nguyen's return to desserts has been five years in the making, and with Shibui Dessert Bar he's bringing his sought after sweets into the CBD. 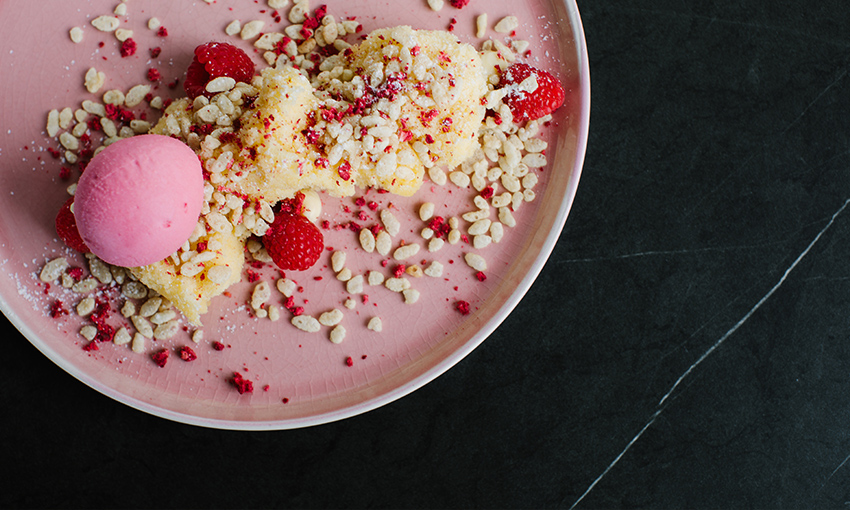 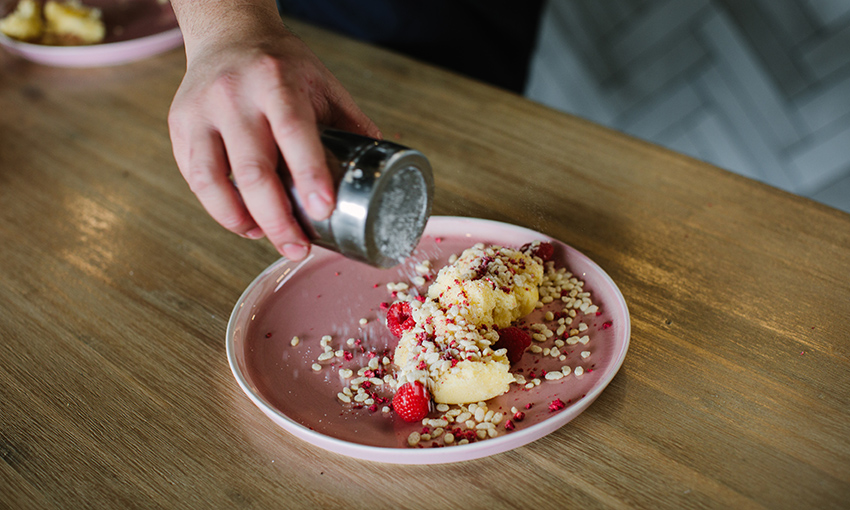 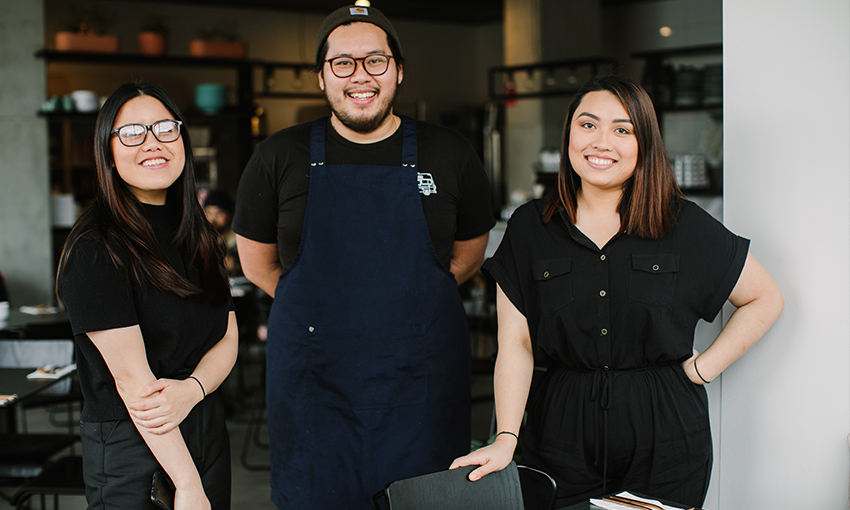 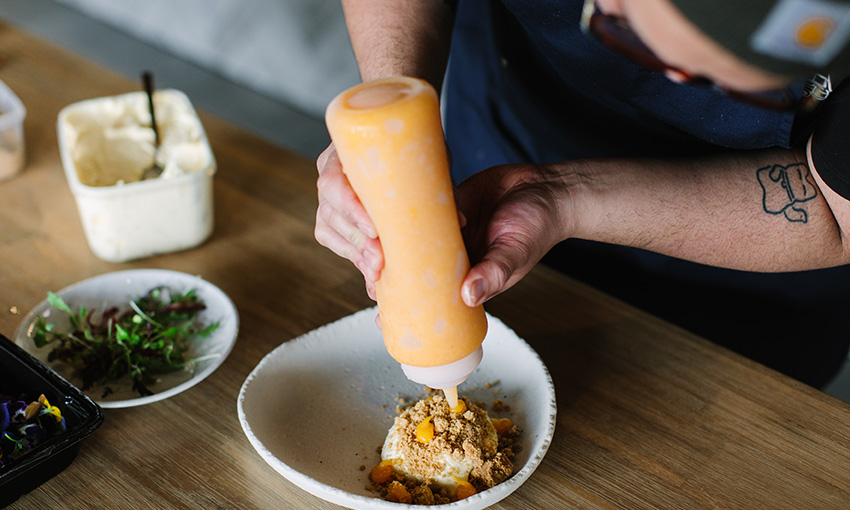 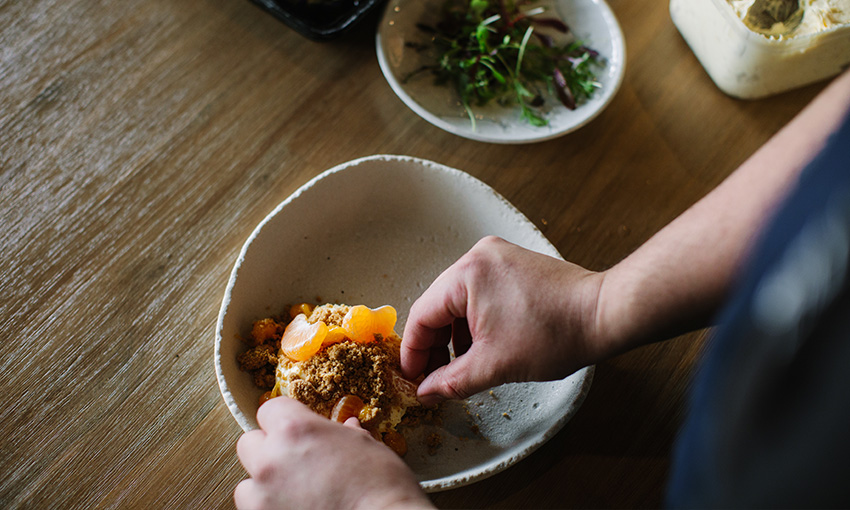 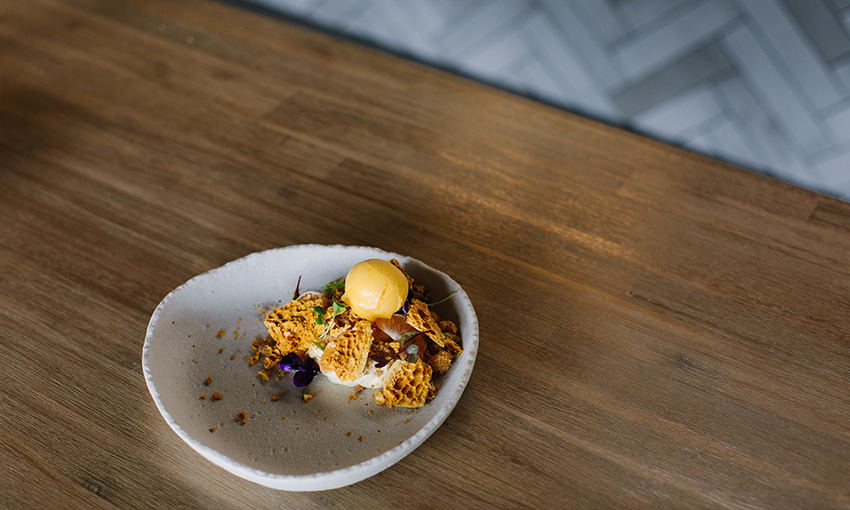 Five years on from the closure of Devour Dessert Bar in Prospect, there has remained a special place in Adelaide’s heart for the masterful sweets of chef Quang Nguyen.

His next venture, Shibui Dessert Bar, co-owned with his partner Thy Nguyen and friend Lisa Chao, is set to open on Thursday, 5 July, and will see the chef diving back into his pastry addiction, following a massively successful run of monthly(-ish) Dessert Night events held at Devour’s sequel café in Richmond.

“It’s really amazing to see the following that Quang got through the dessert bar, because to this day people are still talking about his Redskin ice cream, or his popcorn banana cake dessert, lemon meringue – they are just going crazy for it,” Thy says.

“And people are literally messaging us through Instagram on Shibui’s account now saying ‘Please, can we have this back? Please tell me this is coming back!’ And it was five years ago.

“On that last Dessert Night we had, people were lining up at 5:30 – we opened the doors at 6:30 – and we had a lineup until quarter past 10 – we close at 10:30. People were willing to lineup and wait because they just really loved the desserts that much, and that meant so much to us.”

While the concept behind Devour was led by Quang, Shibui will be an amalgamation of the influences of Quang; Thy, whose family have worked in hospitality for the last 15 years; and Lisa, an engineer-slash-hospo-gun who moved back from Melbourne to make the most of this opportunity.

“Shibui reflects all of us,” Thy says. “There are a lot of translations, but for us it means that it’s a simple yet complex, a balance, and unobtrusive beauty. It’s a very aesthetic thing for us.

In the space, this is reflected through the largely unadorned grey concrete and black furniture and fittings, accented with muted blues and pinks throughout – with golden cutlery for contrast.

A minimal interior focuses maximum attention on the maximum desserts

On the menu though, this means a more mature approach than what might have been expected from the former dessert bar.

“This is the biggest menu we’ll do, because we’re set up for it here,” Quang says.

“We never really did anything over six, seven items, and we’re looking closer to the 10. Considering each dish has about five or six elements to it, it’s a lot of little things we’ve got to take care of all the time.

“We want to be able to do a lot more interesting things, in terms of flavour combos or ingredients you wouldn’t expect with dessert. Sort of challenging the ideas of what dessert can or should be as well.

“The cheesecake showcases what we’re thinking right now. It’s all the flavours of a cheesecake, it’s not exactly deconstructed, but it’s familiar flavours without trying to pull it apart and break it apart, like when people deconstruct.

“You take a spoonful of it, it still tastes like what it’s meant to taste like, but then there’s various forms and textures from those elements as well.”

A lot has happened in the five years since Quang last inhabited the nighttime eatery arena – Adelaide’s late night scene has exploded, with barely a side street in the city safe from the proliferation of bars and restaurants.

What we’ve really been needing is a Shibui-shaped cherry on top.