The private Facebook group, Subtle Asian Traits has 1.2 million members and they really like what they see happening in Adelaide right now.

“I think they have a weird obsession with bubble tea,” says Lisa Chao, co-owner of Shibui Dessert Bar.

The ice cream stand she and her partners, Chef Quang Nguyen and Thy Nguyen, have set up at the eastern end of Gluttony has made it to the newsfeed of an influential Facebook group.

East Market – Gluttony
East Terrace, Murlawirrapurka Rymill Park
Follow the bitumen path from the front gate, heading east, towards the “back” of the venue and Dequetteville Terrace.

“Because we’ve got the bubble tea soft serve, everyone is going nuts over it,” says Thy. “Some of our customers posted to the page with photos of the ice cream…”

“But they didn’t write exactly where it was,” interjects Quang, “so it kind of went viral as people were commenting on the post, and trying to find out where to get it.”

Subtle Asian Traits is a private Facebook group with 1.2 million members that makes 10,000 posts a month, and – yes – there is probably an overrepresentation of bubble-tea-related images and stories in those posts. One of them just happened to come from Adelaide.

However, we’re not surprised. Quang’s Thai iced tea soft serve with tapioca balls is a dessert of pure wonder.

Made from scratch, the gelatinous and chewy balls meld with the tannins of the real tea and condensed-milk-sweet ice cream to create a wholly new flavour and texture sensation in your mouth. It’s a wild experience, and it’s attracting a new audience to Fringe.

“It’s pretty funny, because a lot of the people we’re seeing here as a result of the post on Facebook don’t even know the Fringe is on or anything about the Fringe,” says Quang.

CityMag can’t think of a better way to introduce new audiences to the city’s most celebrated arts festival than through some weird and wonderful food. For Quang, Thy and Lisa, setting up the ice cream stand at Gluttony was a total unknown. They had no expectations for how good or bad trade would be, but after just two weeks it’s clear Shibui Dessert Bar is winning. 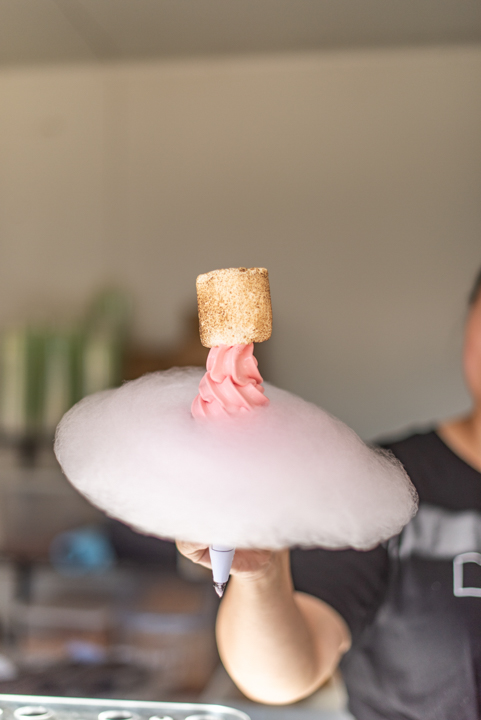 Thy holds out the next item on the tasting menu, Redskin soft serve with a strawberry fairy floss skirt and a toasted marshmallow top hat secured with a pocky stick in the middle.

Reaching up to take hold of the chocolate and charcoal waffle cone, we feel a little trepidation as our hand disappears beneath the fluffy, pink skirt of our dessert. Trepidation becomes a soft sort of anxiety as we then try to devise an effective way to eat the thing – this floating, ephemeral artwork – before us.

“We’ve seen lots of different methods,” says Thy. “People remove the marshmallow, others eat the fairy floss first.”“I like to just eat my way through the fairy floss, towards the middle and get all the flavours,” says Quang.

The overarching theme of Shibui’s offering is customisation. You can have a simple, classic strawberry vegan soft serve on its own – or you can trick it out with add-ons of popcorn, chocolate, marshmallow and fairy floss. It’s up to you.

“We’ve had these ideas for ages,” says Quang about his magical line up of esoteric ice cream concoctions. “We kind of can’t get that carnie, fun theme through the [Grote Street] shop because it’s a real different vibe. Whereas here we can be completely over the top with everything,” he says. 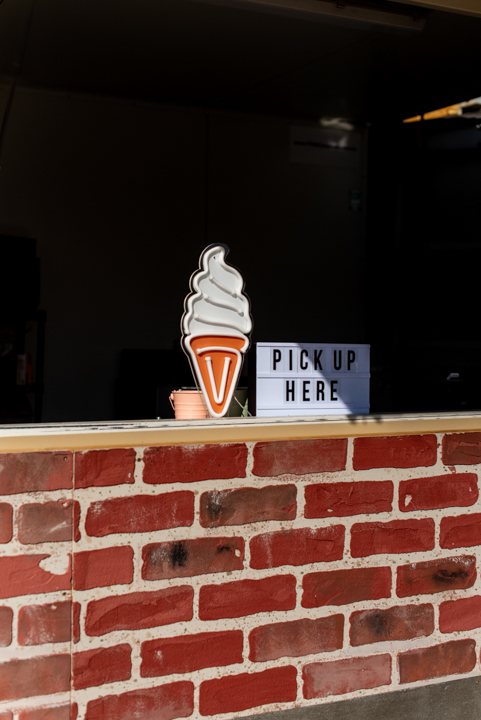 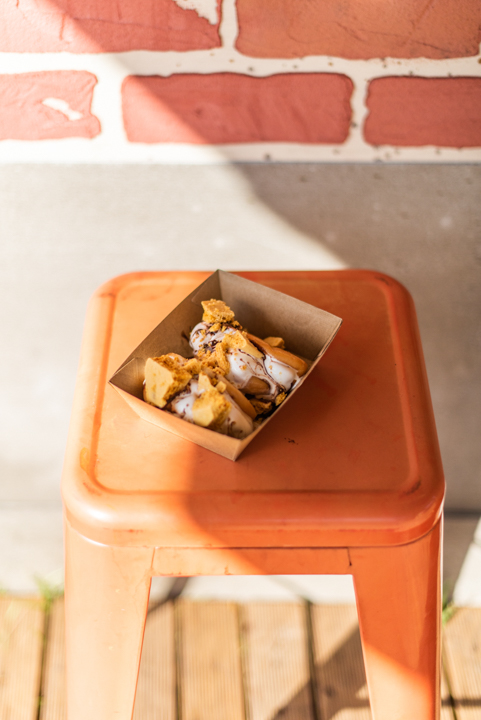 The Bao ice cream sandwich should not be overlooked. The fried bao is like a donut and the honeycomb is made from scratch by Quang “with real honey,” he says with a laugh. 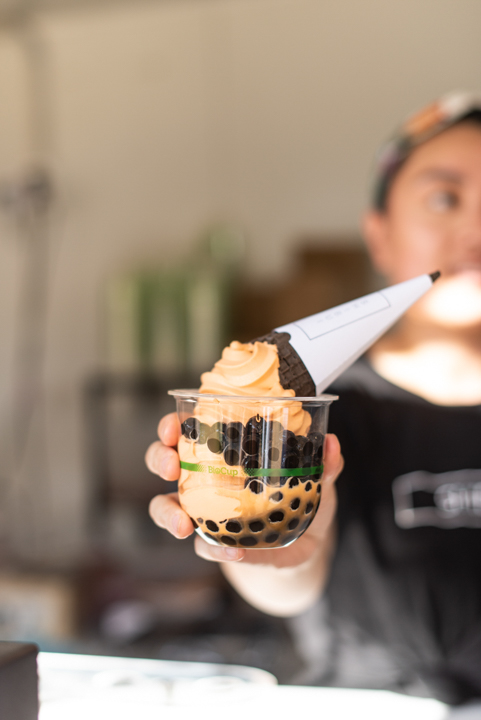 In much the same way as Chet O’Brien-Tilbrook stole our hearts and minds last year with his chicken-nuggets-only shipping container shop, Shibui has added yet another layer to the specific culture that descends over our city during February and March each year.

While some might not see the significance, we feel it’s a milestone for our city to not only have a world-class dessert bar like Shibui within our four terraces, but to see that business continue to innovate and evolve their offering makes us feel like Adelaide can support greater specialisation.

It’s just ice cream, sure, but in the context of developing unique cultural and economic artefacts that the whole world gets excited about, Quang’s enigmatic ice cream creations demonstrate the power of ideas to reach over borders and across cultures and add value to South Australia’s brand.

Maybe we’re overcooking it a touch to suggest a food stall at Gluttony has created a world-class emblem of our state’s ingenuity, creativity and premium food and drink, but – struth – it’s hot in Adelaide right now.

At least we can all agree Shibui Dessert Bar has the solution to your overheating this Fringe. 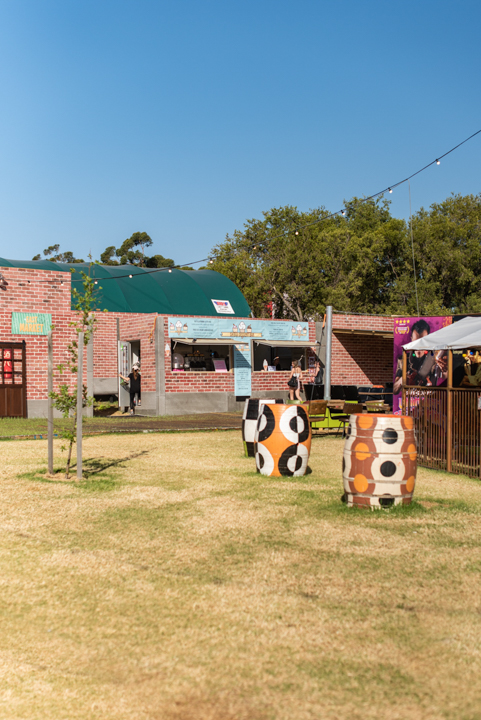