Until recently, Sam Smith was at the helm of one of South Australia’s most notable regional restaurants at arguably the greatest showpiece winery in the Barossa.

As Fino Seppeltsfield’s executive chef, Sam grasped one of the great skills of being a chef: training a brigade of people to express his culinary ideas with their own creativity.

Sam first moved to Nuriootpa seven years ago, after a four-year stint at Fino Willunga – a venue that captured his creativity and passion for food and inspired his commitment to the Fino brand.

Over the past year, however, Sam found himself at a crossroads.

“I wasn’t sure what I wanted to do; I just knew I needed a break. I could see the potential for burnout on the horizon and I didn’t want that to happen,” he says.

“A lot of the impetus of leaving Fino was very much about the last few years and the stresses of managing through COVID and reassessing what’s important in life.”

Like many hospitality professionals during the pandemic, leaving the industry wasn’t off the table and Sam’s initial plan was to take a complete break.

“I needed a change of pace from running a 150-seat restaurant and a big kitchen brigade to find a space where I could get back to cooking on my own and find food again, which you lose a little when you’re managing a big team and a big business,” he says.

“I was looking to find somewhere I could really ground myself.”

At the same time, Barossa restaurateur Grant Dickson was in the throes of establishing Otherness – a wine bar in Angaston which sells the Otherness wine label‘s premium wines, previously only available to consumers online. 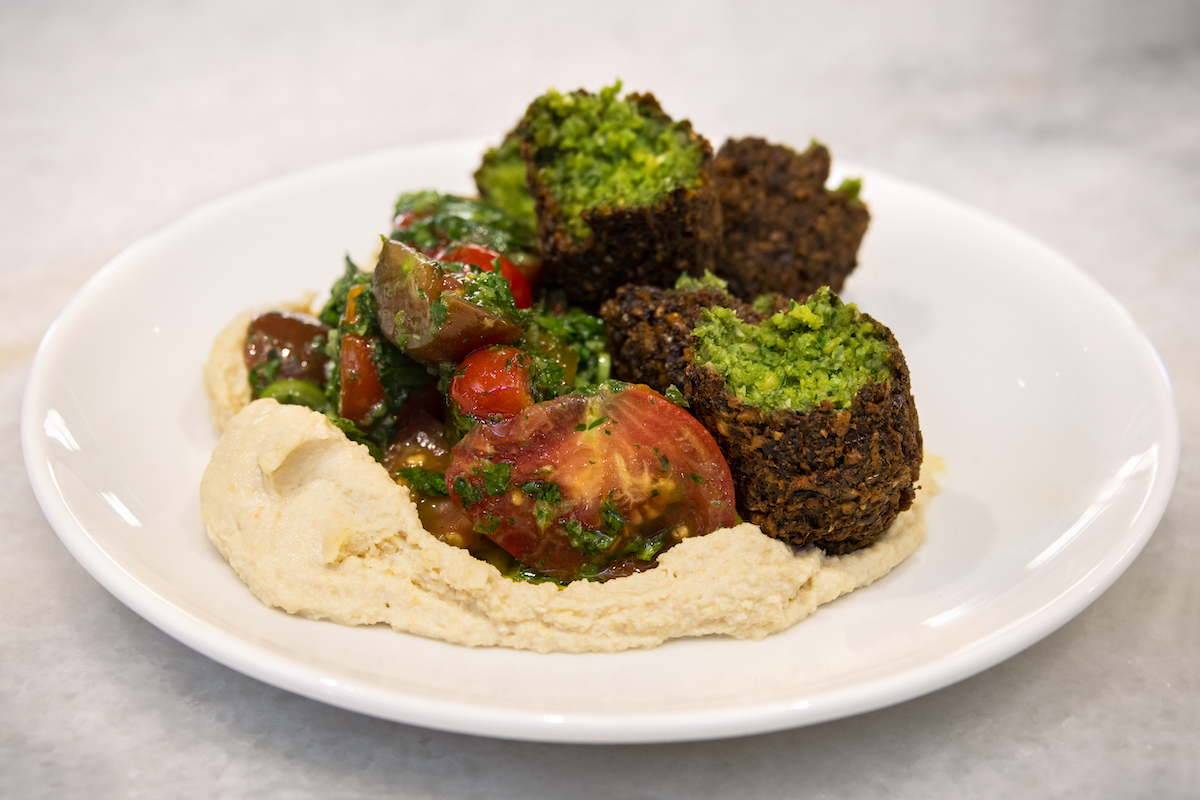 “I thought, ‘Right, this is the time to find a new path’. Once I started thinking like that, I had a few conversations with Grant about what he was doing with Otherness and it really sparked my interest,” Sam says.

Located on Murray Street, the venue opened in January as not only a wine bar, but also a cellar door, wine shop and bakery.

Each Otherness wine is made by a different winemaker as a side project from their everyday viticultural work. The label has worked with the likes of Neil Pike and Steve Baraglia of Pikes Wines, Ian Hongell of Peter Lehmann Wines and John Hughes of Rieslingfreak.

The arrangement means the kitchen is in operation most hours of the day and night, with Sarah baking from the early hours, before the wine bar takes over until as late as midnight on Fridays and Saturdays.

Sam has designed a seasonal menu offering classic wine-bar food – substantial enough for customers to sit down for an entire meal, but also catering to people who want to pop in for a glass of wine and a small plate.

“Many restaurants are starting to take on this wine bar edge, and I think it’s about trying to shift people away from expectations of what food has to be.

“I’m really enjoying it, and that’s coming through in the food that I’m putting on the plate – people’s response has been fantastic.

“It’s refreshing to prepare something from start to finish and it has reinvigorated my love of food and cooking in a lot of ways – not just being a chef in a restaurant but the processes of cooking and service.

“I loved running a large brigade of people, it’s one of the great skills of being a chef, but it also takes a lot of your time and involves a different relationship to the food.

“I still work just as hard, but it’s a change of style. Coming back to the roots of cooking has reinvigorated my love for it and I can see the potential for me to explore other areas of food.”

So far, the $65 tasting menu has proven popular, while Otherness also offers wine tastings, as a bottle shop with both local and international wine.

Otherness seems to have hit a chord with locals, already attracting a regular crowd.