The adage about life, lemons and lemonade has never been more relevant than in 2020, and this year has made great adaptors of us all.

Remy’s will launch in early January 2021.

When Joshua Rivers, founder of Brighton café CREAM, and his dad Damon first took on the old Lindes Lane tenancy, they had planned to launch a Cajun-style dive bar and restaurant, cooking up low country boil dishes.

But much has changed since CityMag spoke with Joshua back in September.

First, the laneway has been renamed No Fixed Address Lane, after the South Australian 1980s Aboriginal reggae rock group.

Secondly, the restaurant concept has been reworked after Joshua discovered the kitchen at Lindes Lane could not be fitted out with gas.

“It’s kind of unheard of in a commercial kitchen. It’s a nightmare, absolute nightmare, because you’re so limited as to what you can do.”

And so, when life hands you an electric stovetop, install a three-phase outlet, an electric pizza oven from Italy, and introduce Adelaide’s first Chicago-style deep-dish pizza restaurant.

“I still wanted to do something that hadn’t been done before – whether it’s the low-end Cajun boil or the deep-dish pizza.

“It’s saturated fats and carbs. Who doesn’t love that? I’m a lasagne lover, right? I love lasagne, and this is like the lasagne meets pizza, pretty much. It’s layers. It’s so thick. And it’s just so different… And it just tastes wicked.”

Adelaide pizza fans will remember Pearl’s Pizza, the Detroit-style deep-dish pizza launched by the Burger Theory crew, which came in inch-thick square slabs of airy dough, slathered with sauce and whatever toppings have been selected.

Chicago-style deep dish differs in being thicker than its Detroit counterpart, though it has a thin crust with a high edge, filled in a way more akin to a pie than a pizza.

Remy’s menu will have several iterations of the dish, from simple to considerably complex.

“I’ve got the standard margherita, we’ve got pepperoni, we’ve got mushroom and sausage, and then we’ve got a couple of crazy ones,” Joshua says.

“We’ve got a Mexican one, which has got 24-hour pulled pork on there, it’s got jalapenos, sour cream, corn chips, that sort of stuff on top, refried beans, nacho cheese.

“[And] we’ve got the double cheeseburger, which speaks for itself.”

Remy’s will also stock a range of sandwiches, including a Cuban and another Chicago-famous invention, the Italian beef sandwich. And there will be a selection of hotdogs, too.

The bar will predominantly stock mainstream beer, with taps pouring West End, Great Northern, and a house lager. There will also be a Mismatch lager on tap, and the venue will pour Moon Dog’s Tropical Crush hard seltzer.

There will also be a selection of can beer, most of which will be craft, with some mainstream options.

Cocktails will be a focus, with Joshua writing up a menu of crowd pleasers, including a mango colada. There will also be a Makers Mark spiked peach iced tea. 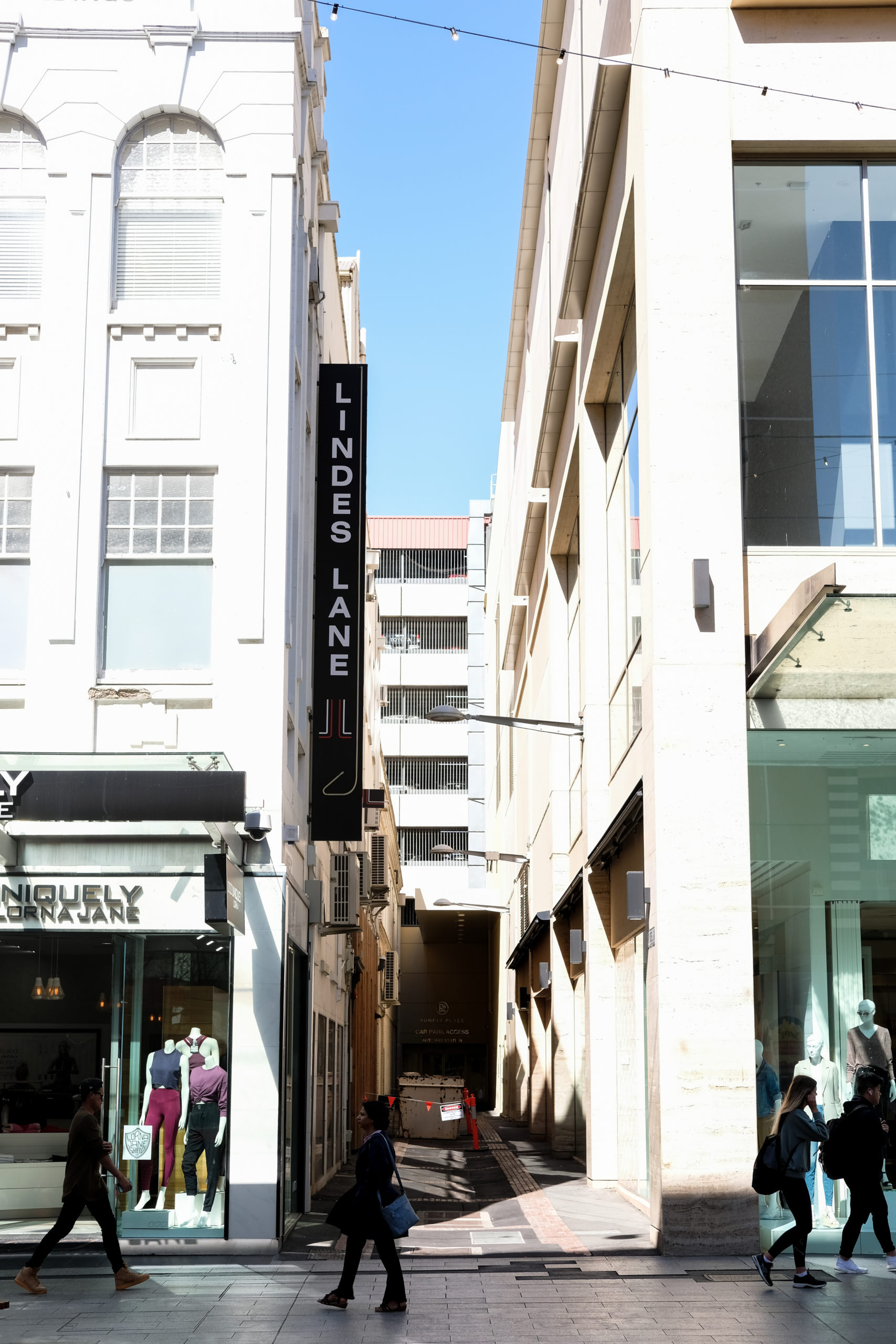 Remy’s will launch – all things going to plan – in early January 2021, and will have seating indoors and out in No Fixed Address Lane.

When we last spoke, Joshua also told us there would be two other ventures on the site, and these are both still in the works.

The Cloakroom, the site’s queer-focussed basement bar, is likely to come online in March, and the shipping container coffee and bagel shop situated at the front of the laneway will be introduced later on in the year.

“I’m just tired,” Joshua laughs, summing up our collective year in three words. “There’s not enough hours to get everything together and make it work [straight away].”