The expanded Real Falafel store, with its extended breakfast menu, has now opened at Stall 3 & 4 in the Adelaide Central Market.

It was a long-term goal for Real Falafel’s chef and owner Mitch Aldawsari to open up in the Markets proper, after launching his brand in a small Central Market Arcade stall bordering the marketplace.

Mitch won hearts of falafel lovers with his craft and detailed dedication to the foodstuff, and his range of takeaway stuffed pita dishes quickly won fans amongst marketgoers.

In this new shopfront, Mitch has introduced two shakshuka dishes: baked shakshuka, which is baked eggs in spiced tomato sauce, and messy shakshuka, a scrambled egg version. In addition to this, Mitch has also created an ‘Arabian smoothie bowl.’ 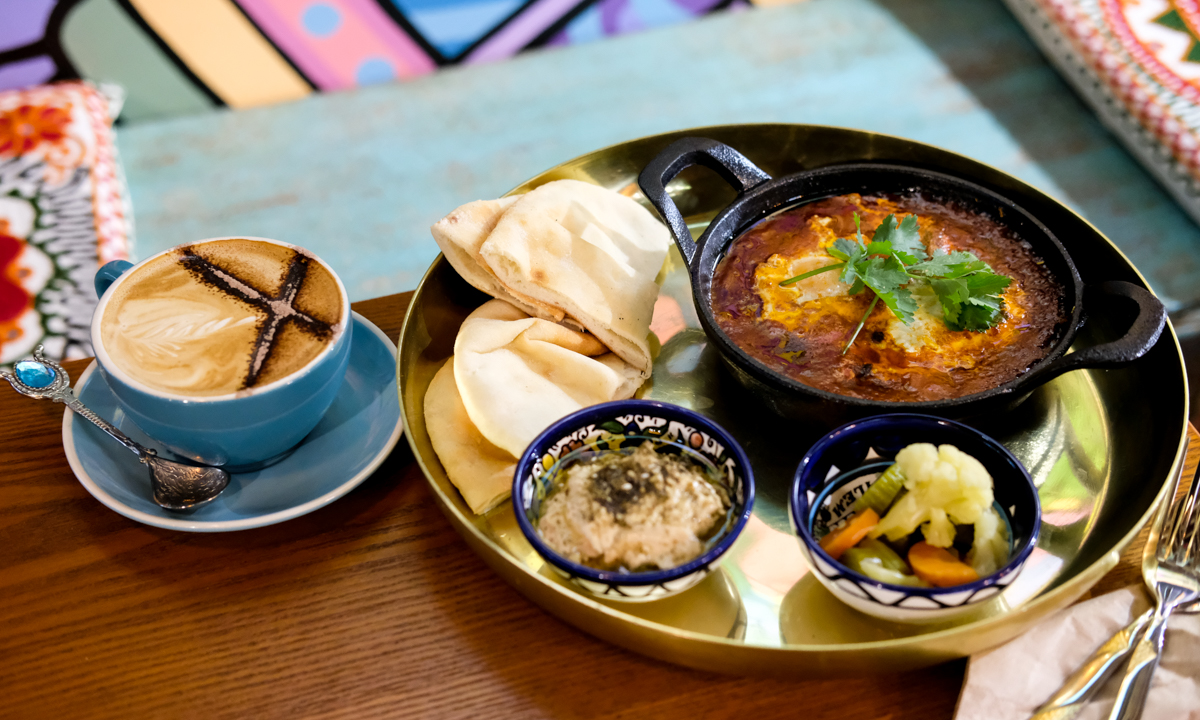 On the western side of the stall is the Real Falafel delicatessen, where Mitch offers takeaway version of his dips: hummus, baba ganoush, beetroot hummus, green chilli, and eggplant; as well as house-made pickles.

Real Falafel now caters specifically for dine-in clientele, with a small seating section within the stall, featuring an artwork designed and painted by Azzurro Batic, and additional seats on the eastern wall facing the shop.

The shop’s liquor licence is still in the works, but Mitch says it isn’t too far away.