Plate to paddock at Ngeringa

Forest Range-based chef Shannon Fleming has partnered with Ngeringa for a wood-fired winter paddock dinner, Fire and Feast in the Field, at Winter Reds this weekend. 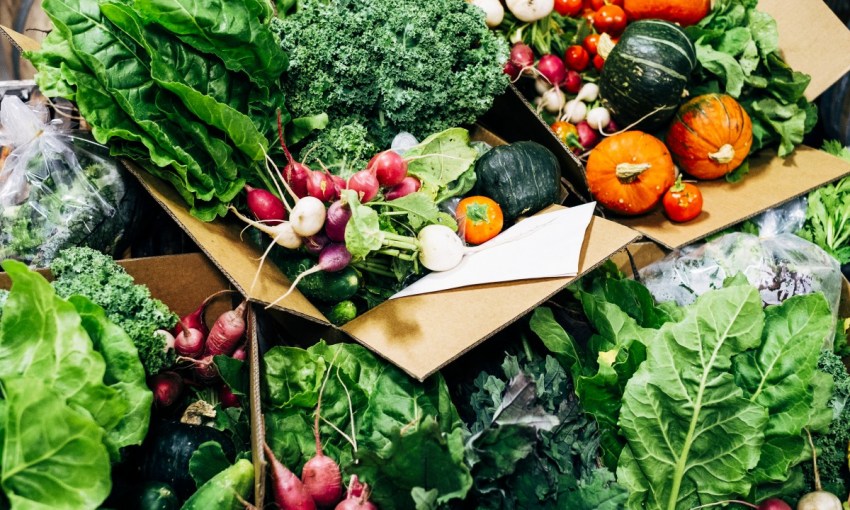 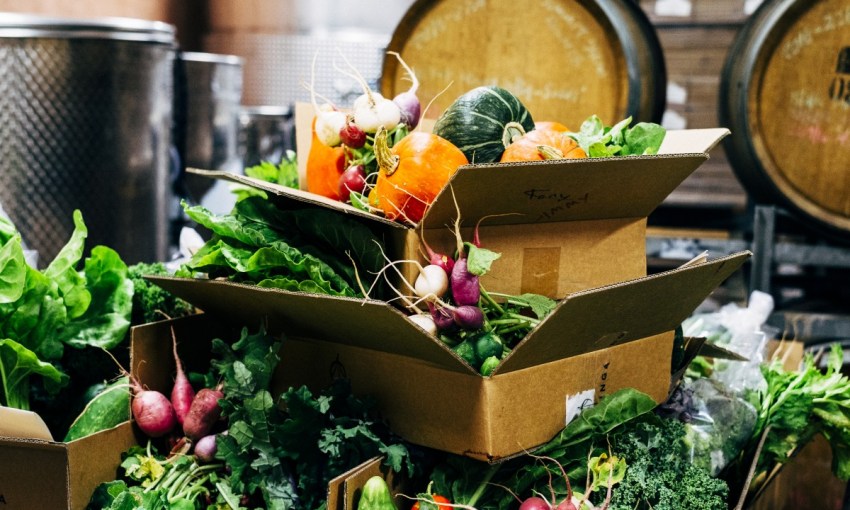 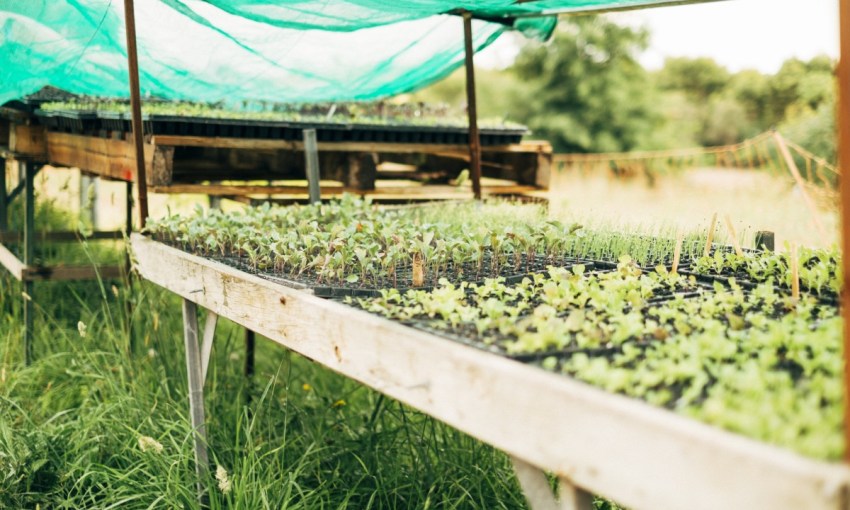 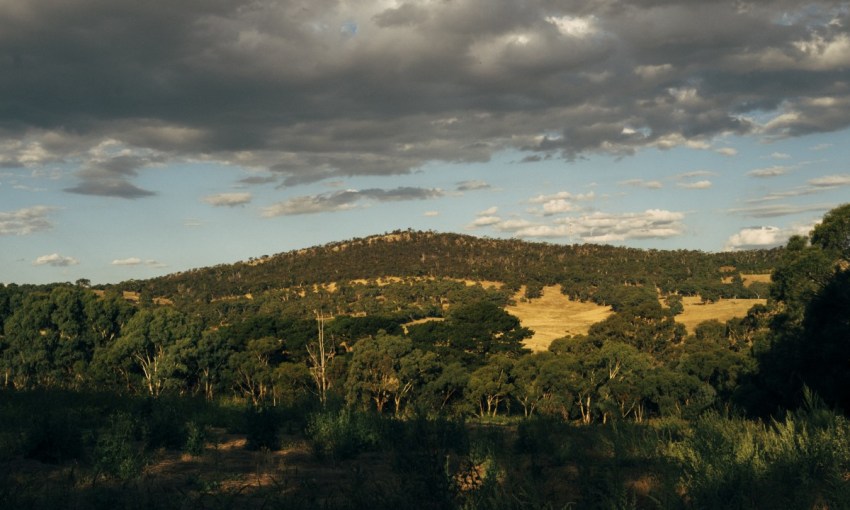 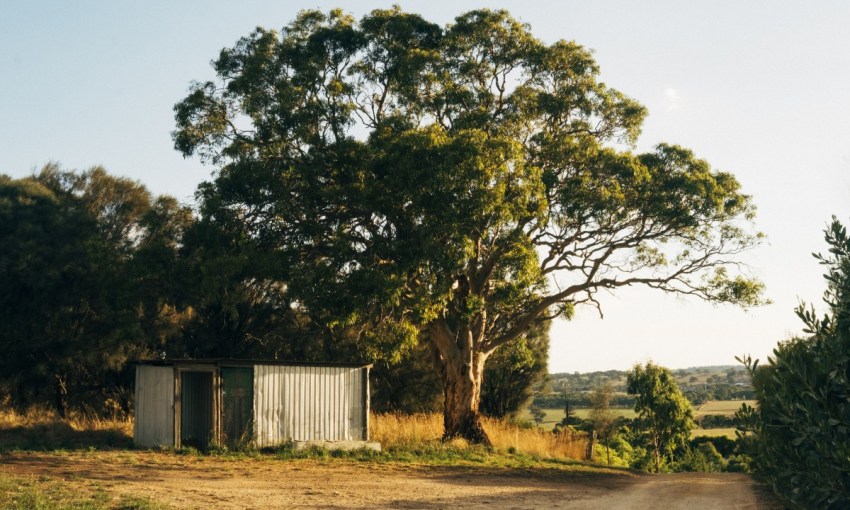 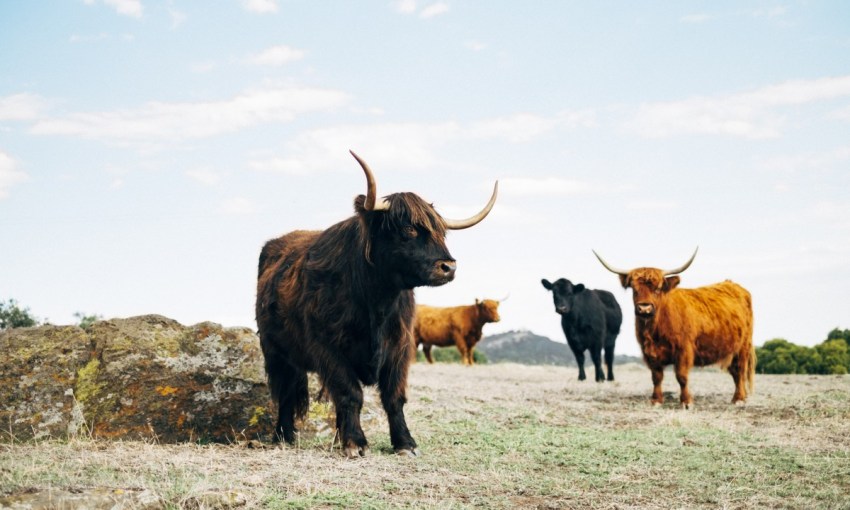 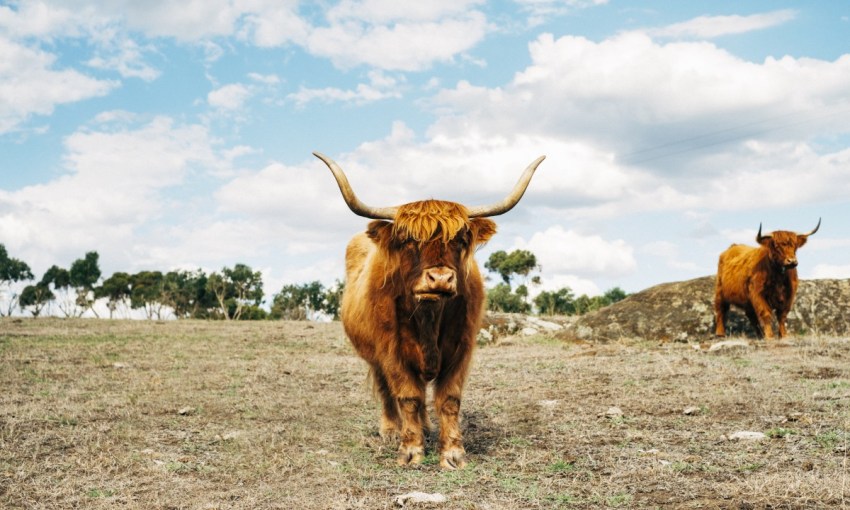 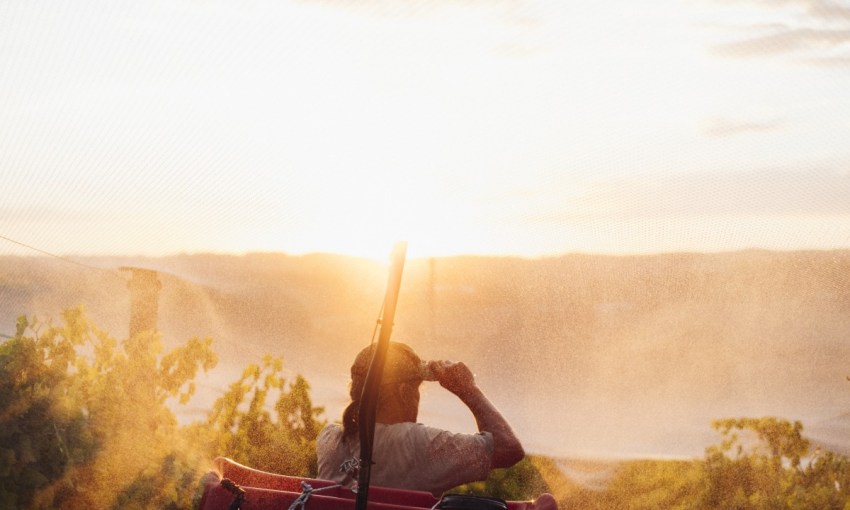 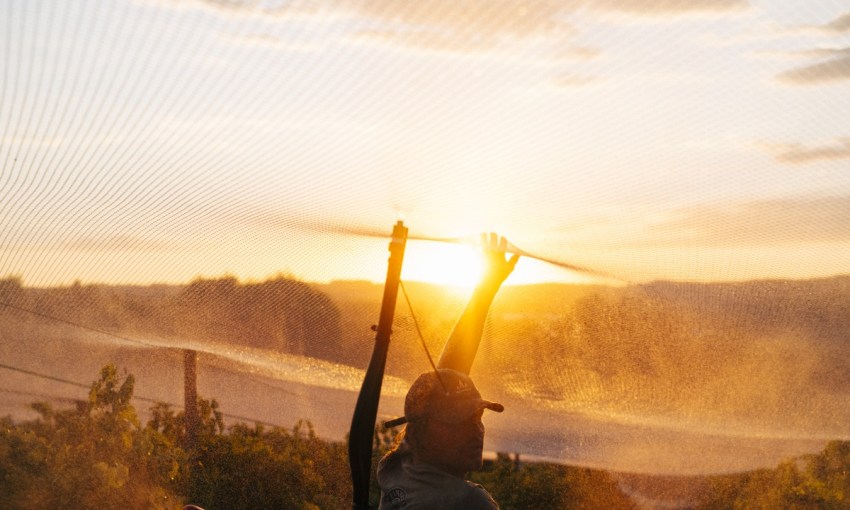 Like Kuitpo soil lodged between the tread of a pair of Blundstone boots, the culture of the Adelaide Hills burrows deep and stays.

Fire and Feast in the Field is happening at Ngeringa, 119 Williams Road, Mount Barker Summit, on 28 July from 5pm. Tickets can be purchased here.

Barely a year into Shannon Fleming’s tree change up the Hill, the former Orana and Bistro Blackwood head chef is cosy amongst the pines and producers of our most-hyped wine region.

Sitting outside of the churn of high-end dining, free from the responsibilities associated with running two restaurants, Shannon has the mental space to think and react to his new environment, and this has changed his entire approach to food.

“I don’t know how to describe it, really. It’s just a bit more me. Food that I would like to sit down and eat myself, and food that I think people can relate to on a day-to-day basis a bit more,” he says. 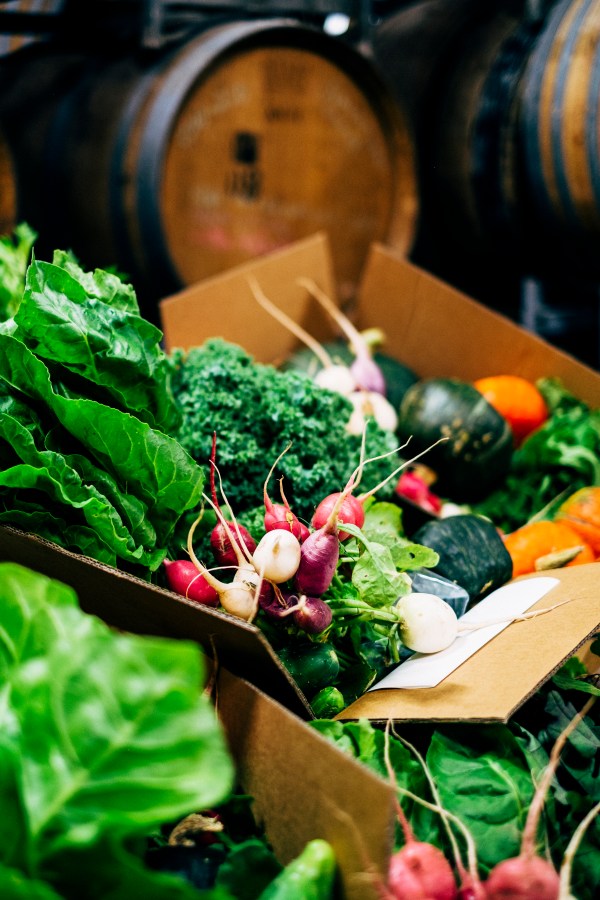 “I want to do things where people can go ‘What are these ingredients? How can I get ahold of them? Can I use them everyday?’ and give examples of how they can do that. But also be influenced by what I do and what I see just simply driving through the Hills.”

At Winter Reds this weekend, the epitome of Shannon’s newfound approach will be served to folks attending Fires and Feast in the Field, an event hosted in collaboration with, and on the grounds of, the one-stop wine and food plot, Ngeringa.

The two parties – Ngeringa and Shannon’s catering and consulting business, Forgotten Seasons – have formed a close relationship after being introduced by Hills mainstay Brendon Keys, and the Fires… concept has been in the works since January this year.

“It’s probably evolved a bit from the Crush event we did… It was all going to be cooked in the wood oven and fires around our dining area outside, but it was a 32-degree day and it was either we cancel it or we use the electric ovens, because we couldn’t light a fire,” Erinn Klein recalls.

“So we said ‘Right, for [Winter Reds], we’re going to do a paddock dinner and set the marquee up in the paddock and have everything cooked on fire and fire pits around.” 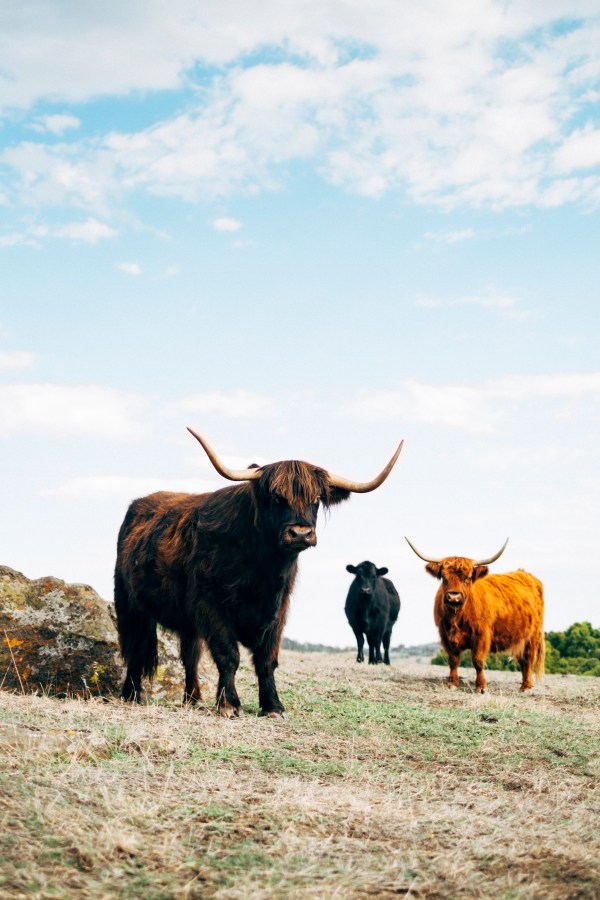 The dinner will consist of five courses, with produce almost exclusively sourced from Ngeringa, but neither Erinn nor Shannon are completely decided on what will be served.

This is a function of Shannon’s new frame of mind, and an integral aspect to his symbiosis with the ethics and attitude of Ngeringa.

“It’s quite a loose relationship,” Erinn says, “a little bit like the menus we put together, until the day, are very loose and unwritten.”

“I do things pretty off-the-cuff, and if some of the veg is good that week, I’ll use it, if not, I won’t,” Shannon says. “Andy [Taylor, farmer at Ngeringa] might have some weird variety of pumpkin that he wants me to use, and I’ll do that. It’s a bit of a challenge at the same time, so I really enjoy it.”

The event will start with canapés as people wander through the property and become familiar with their surroundings, before a serving of pickled vegetables, bread and cultured butter lures diners to their seats. The protein portion of the meal is likely to be lamb or beef – both available from the Ngeringa property – before the evening finishes with local cheeses or a dessert, each course accompanied by Ngeringa wine.

Shannon cautions that this is indicative of what might be on offer, but assures us that what he plates up will be a representation of the best produce of the day.

Given the dinner’s paddock locale – positioned between fire pits and the veggie patch – Erinn hopes people will feel a kinship with their surrounds.

“There’s all this talk of paddock to plate, but it just brings the plate a little bit closer to the paddock,” he says. 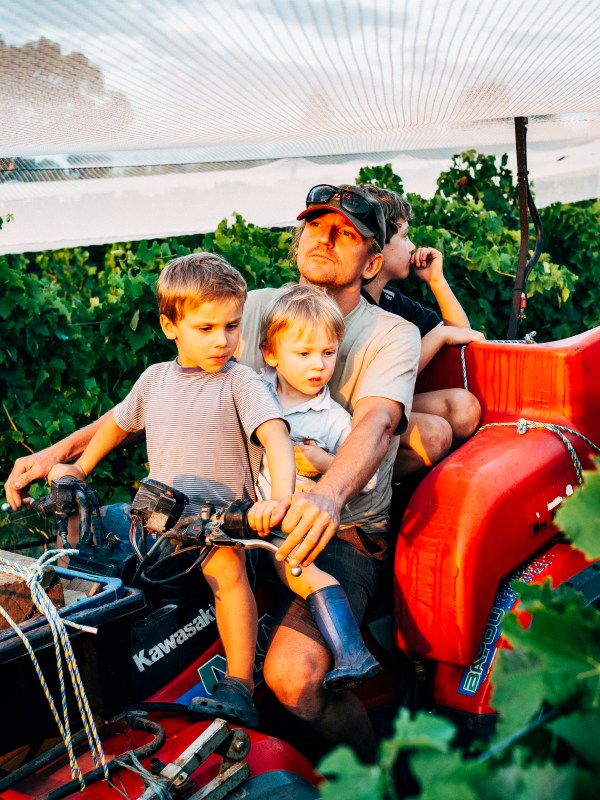 “And people can rug up and come out in gumboots, and we’re not asking people to pick their own dinner, but we’re starting in the afternoon so they can actually see where it’s come from. If they’re interested we’ll take them on a walk through the veggie garden. It just brings everything really close to the main point of origin.

“I hope they’re keen to get out, and get smoky, get their feet dirty.”

“They can get involved,” he says. “I’m not one of those guys that’s going to hide behind a door and bring everything out. I’ll be there cooking over fire so people can see it happening. And I don’t think there’s anything better than coming to an event and seeing the chef actually there, actually cooking things – plenty of fire, plenty of drama, plenty of theatre, I suppose, and they can see some lamb turning over hot coals.”

Fire and Feast in the Field is happening at Ngeringa, 119 Williams Road, Mount Barker Summit, on 28 July from 5pm. Tickets can be purchased here.