And Josh Baker is back behind a Synesso pouring coffee on Leigh Street again. 2018 – you're alright. 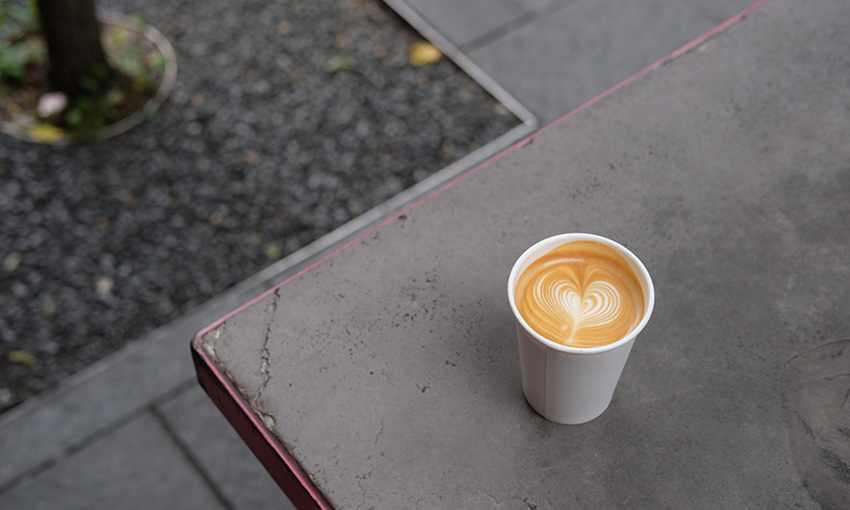 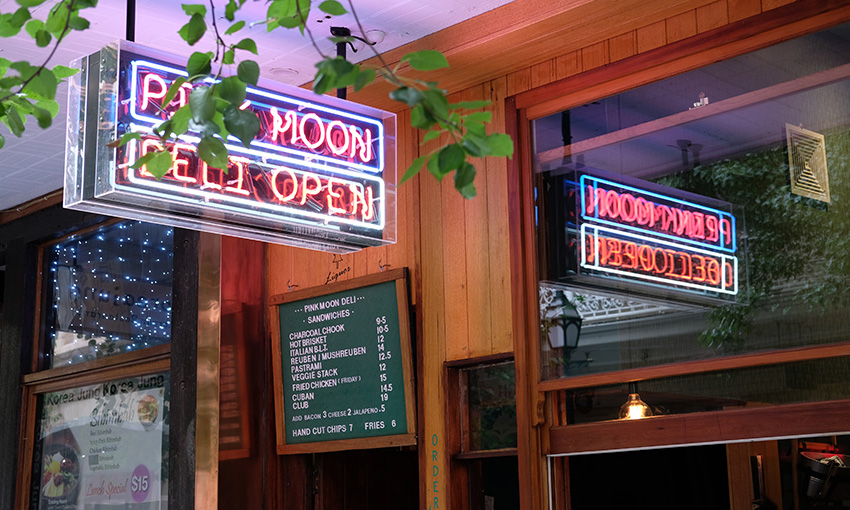 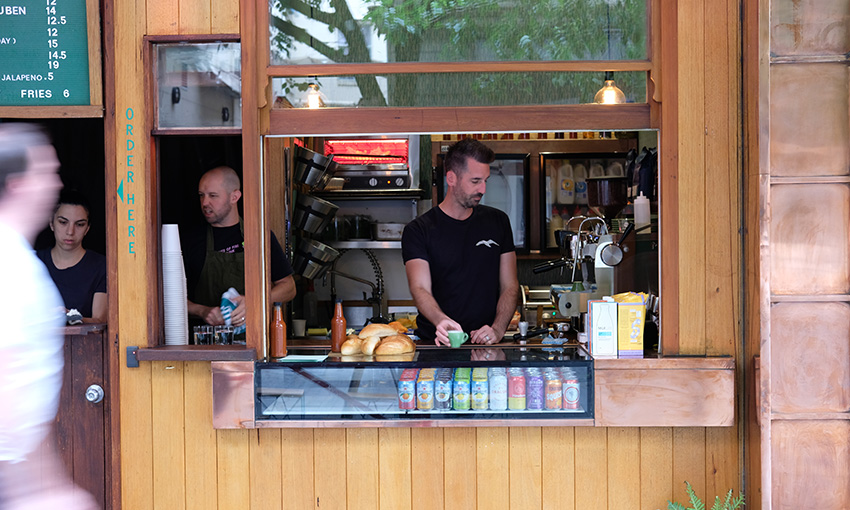 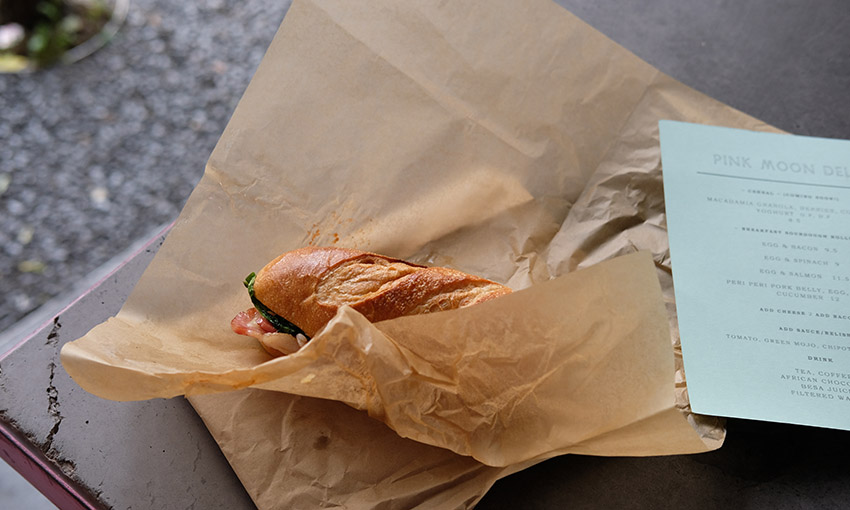 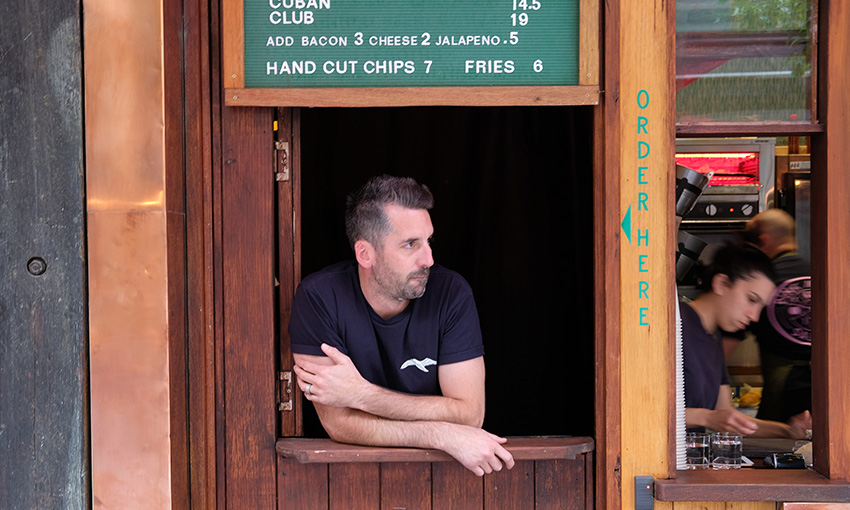 Pink Moon Deli (formerly Combi) has built a steady trade since its inception as a hole-in-the-wall lunch shop on Leigh Street – regularly selling out of its short list of top sandwiches.

Today it extends its hours, throwing up the sliding service window (and newly installed barn door) from 7AM, with the one-two combo of a Synesso and custom-baked half-size panini for the masses who traverse the street between the train station and CBD proper each day.

“You’ll only get 5 per cent of it,” says Josh Baker – Leigh Street’s favourite son – about the thousands of people walking by on a Wednesday morning. “I remember standing behind the counter at Branch (Coffee Branch) for the first six months drumming my fingers watching everyone stream past and wondering when they would come inside.”

It’s been two years since Josh sold Coffee Branch to his partner Aaron Martin and he’s looking forward to pouring coffee on Leigh Street where he set up his first business before going onto launch the wildly successful venues Clever Little Tailor, Whistle & Flute, Pink Moon Saloon and the Port Admiral Hotel.

“Matty (Head Chef and co-owner, Matthew Standen) was putting his heart and soul into the deli and its offering and we felt that by adding hours and a coffee offering, we could maximise a return on all that effort,” says Josh.

Indeed the chef has worked hard with suppliers again to design a menu he hopes will work for the commuting crowd.

“I managed to convince our baker to make us a custom panini, essentially the same as the roll we use for our Cubano but half the size, that would work for breakfast and not be too much for people on their way to work,” says Matt.

CityMag adds a bit of spice with the chef’s house-made chipotle hot sauce on our egg and spinach (add cheese add bacon) panini. Biting down, our head is engulfed with that perfect crunch of fresh baked bread as the crust cracks and gives way to the soft and then slightly chewy texture of the bread.

Many panini purveyors take the bread for granted, serving up chalky and crumbling bread platforms, which undermine otherwise top ingredients but the Pink Moon Deli panini does not make this mistake.

It’s a delicious breakfast roll, served quick and direct to the street. We’re sure Leigh Street will love it.