A new approach for a classic Adelaide institution.

Change is the only constant in the shopfronts of Adelaide, and as the city evolves, our institutions will evolve with it.

And change is certainly what lies ahead for Mark Sandgren, the man who has owned The Pancake Kitchen since March this year.

Mark moved to Adelaide 16 years ago and has worked “in the vending business” for the entirety of that time, but saw an opportunity when the lease of the iconic 24-hour eatery came up.

“The reason we did this is I was looking for something different, I’d done vending for 16 years, I did manufacturing before in the food business… We looked at the numbers and we looked at the history and we got quite excited about it,” Mark says.

“Everybody I spoke to here, people from ages in their 70s through to young people, have heard of or been to [The Pancake Kitchen] over the years, so I knew it as a place that people came regularly, often late at night as well.

“What I’ve seen is that most people see it as a breakfast place, or that time late at night when you need something, you’re walking down Hindley Street and where do you go? That kind of thing.

“Where I’d like to see it go is to somewhere where we can get people to see that it’s actually a full range of food, so full types of products… that goes 24-hours a day, so you can come here at three in the morning and get a steak, or six in the morning if you work night shift and you want something other than the sweet and savoury pancakes.” 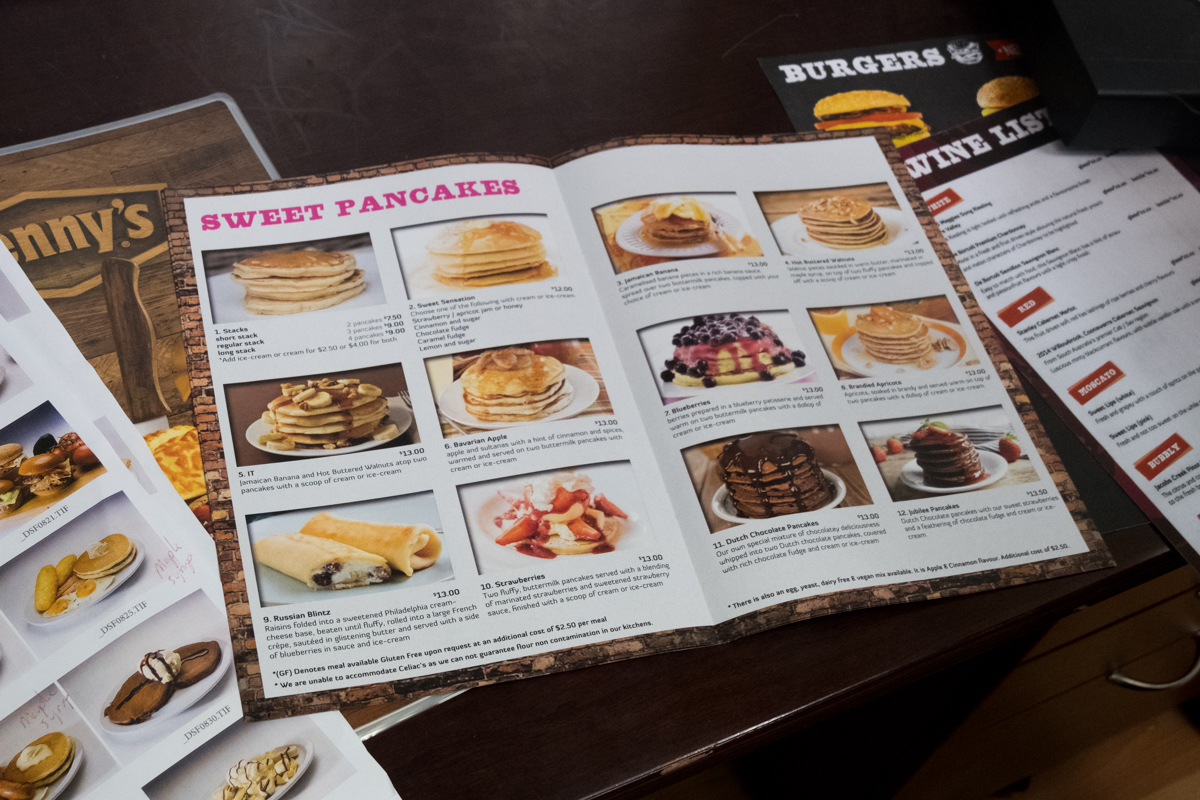 The pancakes, of course, will remain, but the menu redesign will expand to include a greater range of typical late night comfort food fare, as well as adding to Adelaide’s slowly growing roster of vegan-friendly restaurants.

“We’ve added a range of burgers, to start; we’ve got a deep fryer, they’ve never had one of those before, people always request chips and things and we’ve never been able to do that, so… you’ve got the burgers, the schnitzels, and so on,” Mark says.

“One of our chefs is vegan and he has developed a range – a lot of the products we already produce can be vegan, it just has to be a little different mix, for instance, with the pancakes or the waffles, removing the dairy or the eggs, so we’ve got that lined up.

“The vegan [range] we know is going to be tremendous already… because they are limited, apparently, in Adelaide for them to go out with their friends who aren’t vegans.

“It’s just embarrassing to be ‘Oh excuse me, what’s in this? What’s in that?’ Whereas if they know, if it’s stamped with the approval, that will make it more accommodating for everyone to come here.” 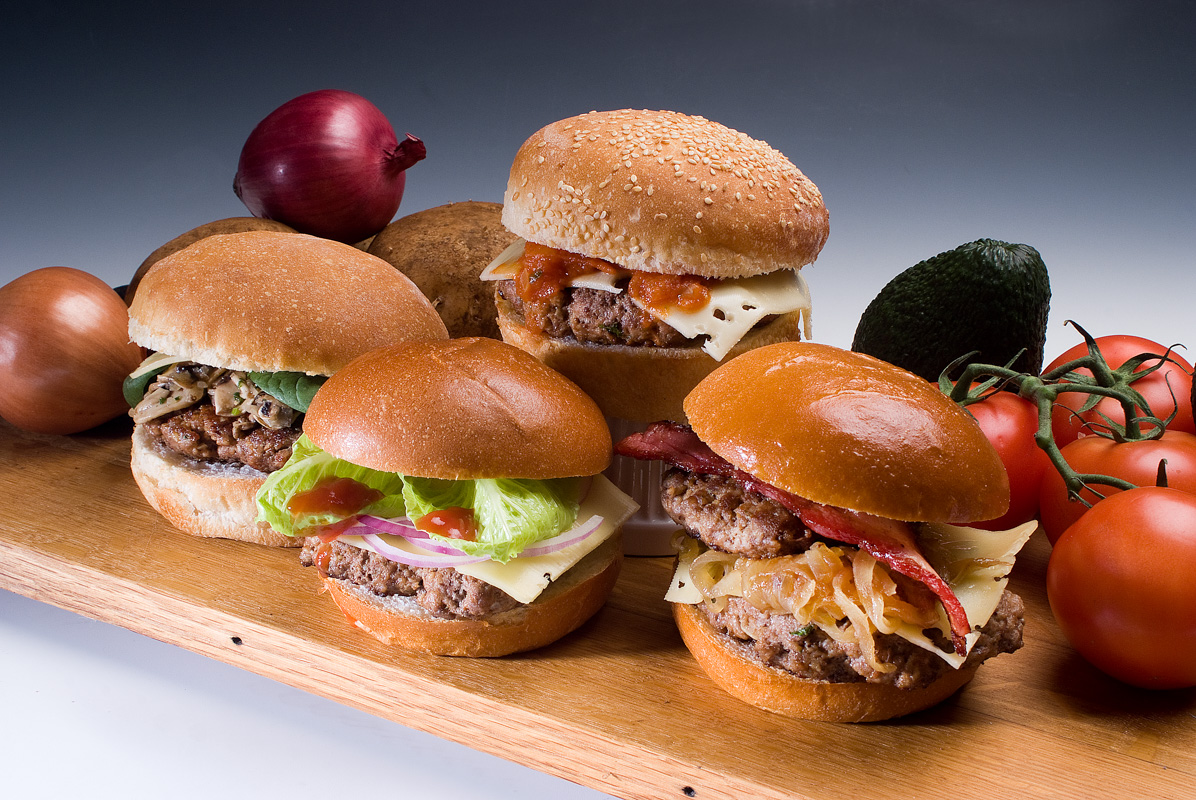 A more concentrated focus on alcohol is also in the works, with plans to extend the bar and introduce beer taps into the front dining room. And, with the introduction of the venue’s first ever point-of-sale program, Mark has made an effort to transition The Pancake Kitchen to sit-down service.

A lot of change is planned, but Mark’s sure that all of the Gilbert Place restaurant’s loveable idiosyncrasies will remain.

“As far as the quirky nature of it, that’s a critical part. We’re not here to go and change any of those things,” Mark says.

“I mean, it doesn’t need to change at all; it’s well loved by Adelaideans, it’s a profitable business and has been for 52 years. I do think that adding some of these changes will make it grow and be more profitable, and hopefully we can expand as well.” 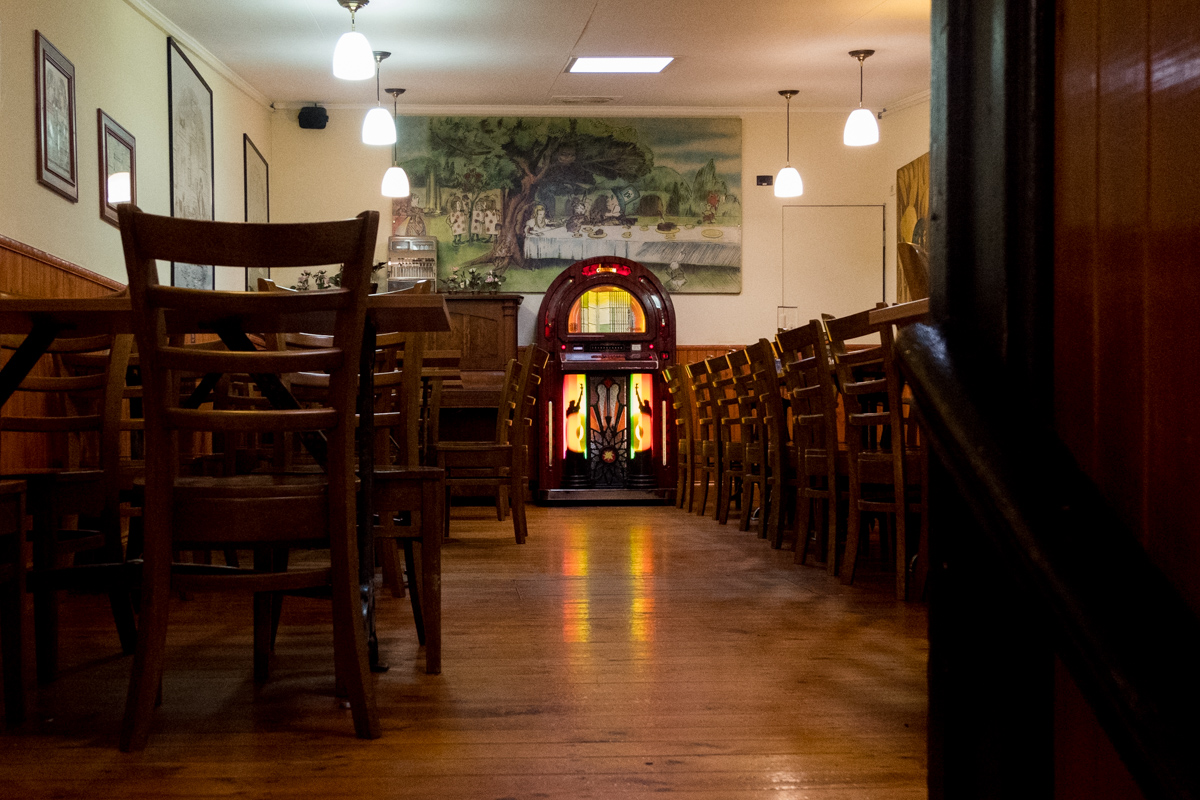