The team from Noi Vietnamese Eatery has opened a follow-up venue in the city, Ong Vietnamese Kitchen, which offers the same flavours in a new bar-style eatery format.

Back in September, the hospitality family behind Shibui, Noi Vietnamese Eatery, and several other well-loved Adelaide establishments – announced a new CBD kitchen and bar on Rundle Street: Ong.

It comes as Thy Nguyen’s mum decided to step away from the Chopstix restaurant that operated in the new Ong space for 16 years prior to the pandemic.

Having now established Noi over the last 12 months, the time felt right for Thy, her husband Quang, and Thy’s siblings to remake the restaurant for a new generation.

Ong Vietnamese Kitchen officially opens tonight, Thursday, 3 December, and will offer food in a similar style to Noi – their own interpretation of Vietnamese Australian fare – but in a more relaxed and bar-oriented format.

“We’re bringing over the grilled rice paper, Brussels, corn, stuff like that.

“There’s definitely a few of those dishes that work really well for the style of eating we’re doing here – a little bit more of the snack, smaller dishes, that drinking eating vibe.

“The smaller size format lets us do a lot more snacky dishes that can be a bit more interesting.”

At Ong, the team hopes diners will share – in couples and in groups – a wide variety of what the menu has to offer. There are only four large dishes on the menu, with the rest of the list being snacks and smaller dishes.

“When we go out to eat, we like to order everything, because we want to taste everything,” Thy says.

The drinks menu has been developed with consideration of the food offering’s Vietnamese flavours, and Thy hopes Ong’s food and drink menus will complement their East End bar and restaurant neighbours.

“We’re very aware we’ve got really good neighbours who are bar-orientated and small eats, so we wanted to complement everyone,” she says.

“Because we’re not a bar bar, like Clever Little Tailor or anything like that, but we’re still the place where you can come and eat really, really good food, and then the drinks menu is not an afterthought. It’s equally as important as the food.

“And the more good venues there are in one space, that better it is for everybody. That was something we always kept in mind.” 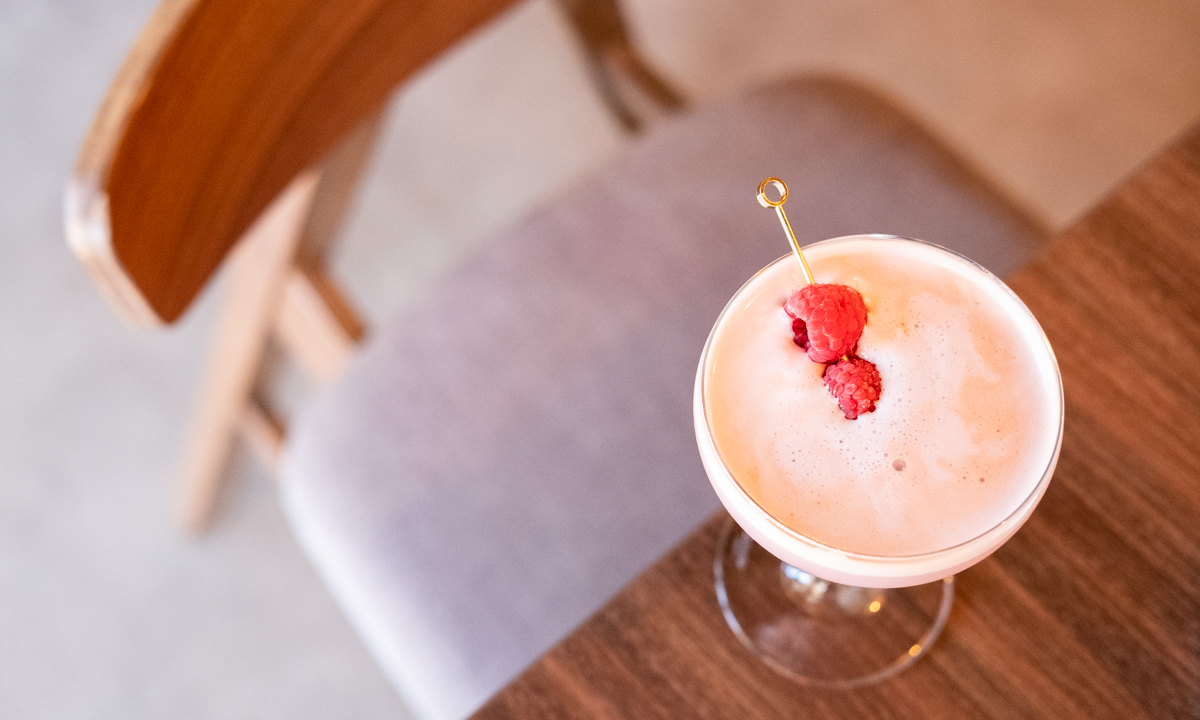 Ong is for drinks, too

Given most of the menu consists of small dishes, it is has extensive range, with many of the recipes drawing on Quang and Thy’s sense of nostalgia.

From the snack menu, the chicken pate is made using pho spices and is layered on top of a rice cracker, which Thy says “any kid growing up with an Asian background” will find familiar.

“Quang’s mum used to make him stuffed chicken wings after school,” Thy explains.

“She’s actually the reason he became a chef… She passed away a long time ago, and she used to make him stuffed chicken wings, so it’s cool that we can have this on the menu.”

Ong also deliberately plays with some very established favourites, such as their take on pho – pho dumplings.

“So, beef mince with pho spices and aromatics, then just in a pho broth. And then we’ve been really loving herbed oils, so we made a basil oil,” Thy says.

“The thought is, everything you find in a bowl of pho, the elements are here, but in a different way. So it’s kind of fun.”

Timing was an important part of the development of Ong – not only because Thy and Quang this year welcomed their first child, Blair, to the family.

Through their 12-and-a-bit months at Noi, they have felt a sense of trust build between the restaurant and the Adelaide dining public, which gave them the confidence to expand the concept into this new format.

“Whenever you do something new you don’t know how people will receive it, but we’re quietly confident as well, because I think a lot of people trust us now,” Thy says.

Ong Vietnamese Kitchen is located at 287 Rundle Street and operates Tuesday through Saturday from 5pm.