A modern taste of Sweden arrives in the up-and-coming neighbourhood of Prospect, courtesy of the family behind Swedish Tarts, Bull Creek Bakery, MALOBO, and Hermanos Cubanos.

Mattis Vanzati and his family have always seen food as central to life.

“It’s a really important gesture, a non-verbal form of communication in a way,” says Mattis. 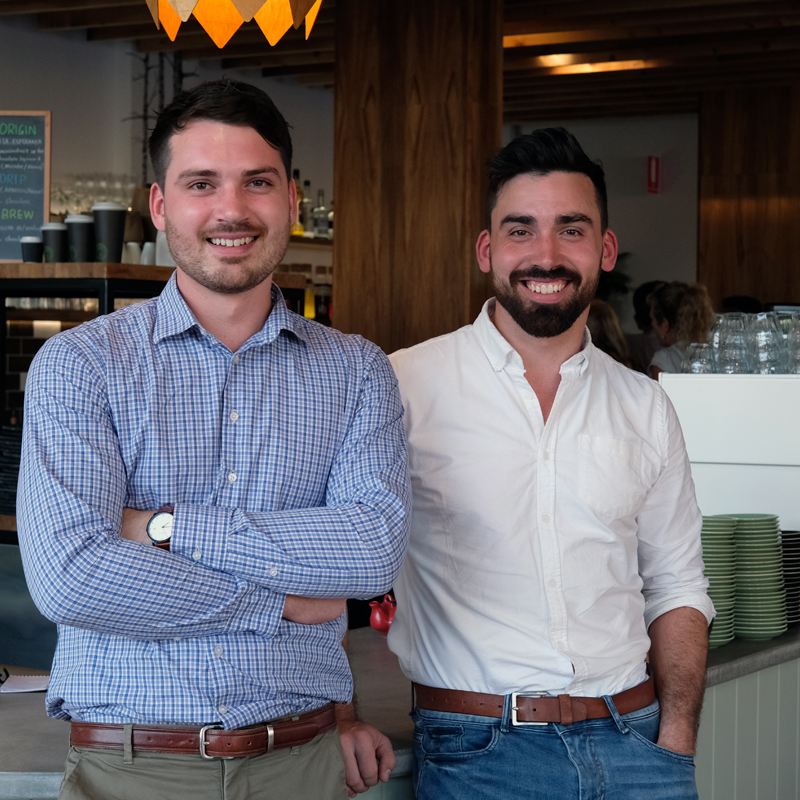 Lukas and Mattis front of house at New Nordic’s launch 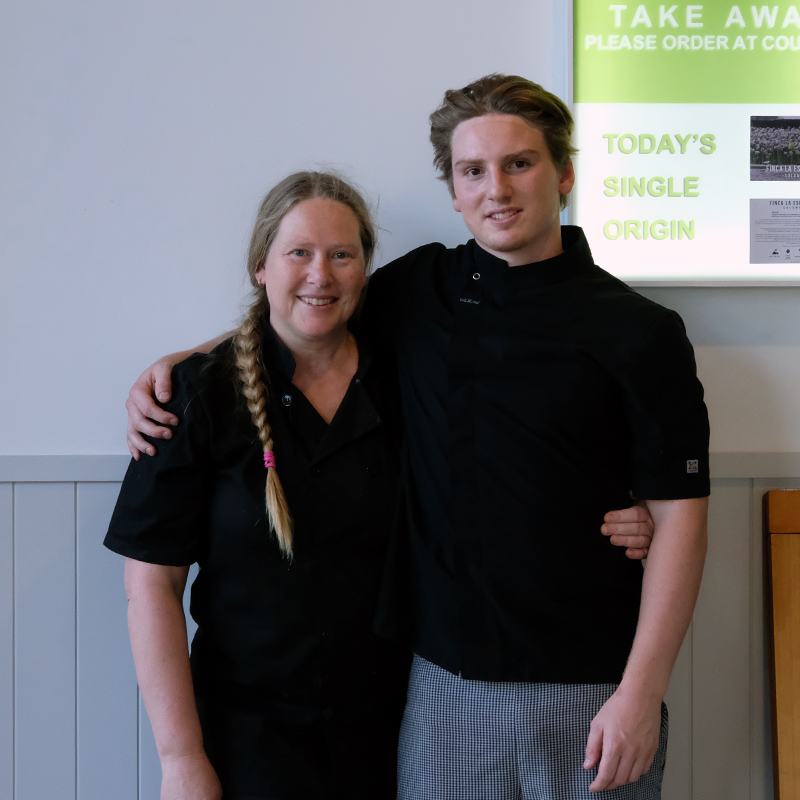 Louise and Liam work in the kitchen together

Between Mattis, his brothers – chef Liam Vanzati and designer Lukas Vanzati – and their parents, baker Bo and baker-and-chef Louise Matschke, the family has made food into their careers as well. They now have six hospitality businesses including the multi-location Swedish Tarts and Henley Square’s Malobo and Hermanos Cubanos.

The decision to launch their sixth business – New Nordic, which opens for dinner for the first time tonight – in Prospect was not self-initiated, but it did feel right.

“Hermanos Cubanos opened almost two years ago now – and we’ve been trying to find our boundaries and getting comfortable there,” says Mattis.

“About eight months ago, we kind of felt like we were ready to expand again. And then an opportunity came along that we thought was really worthwhile and that was this one here with Palace Nova and Maras Group.

“We saw a lot of potential in this space here and thought, let’s do this, we’re ready for this.”

New Nordic is part of the freshly-constructed Palace Nova Cinema complex on Prospect Road. While it sits alongside other food businesses like Soonta and 50Six-One’s second outlet, its design marks it out as the full service offering in the cluster.

Spear-headed by Lukas, the restaurant’s interior creates distinct spaces that serve its different modes of services across breakfast, brunch, lunch, dinner, and as a cocktail bar. In the middle of it all is a central shelving piece by local designer Lex Stobie.

“It’s all about natural materials and clean looks, and really trying to find a blend between old and modern,” Mattis says. “There are old bread boards from our home in Sweden back behind the bar.” 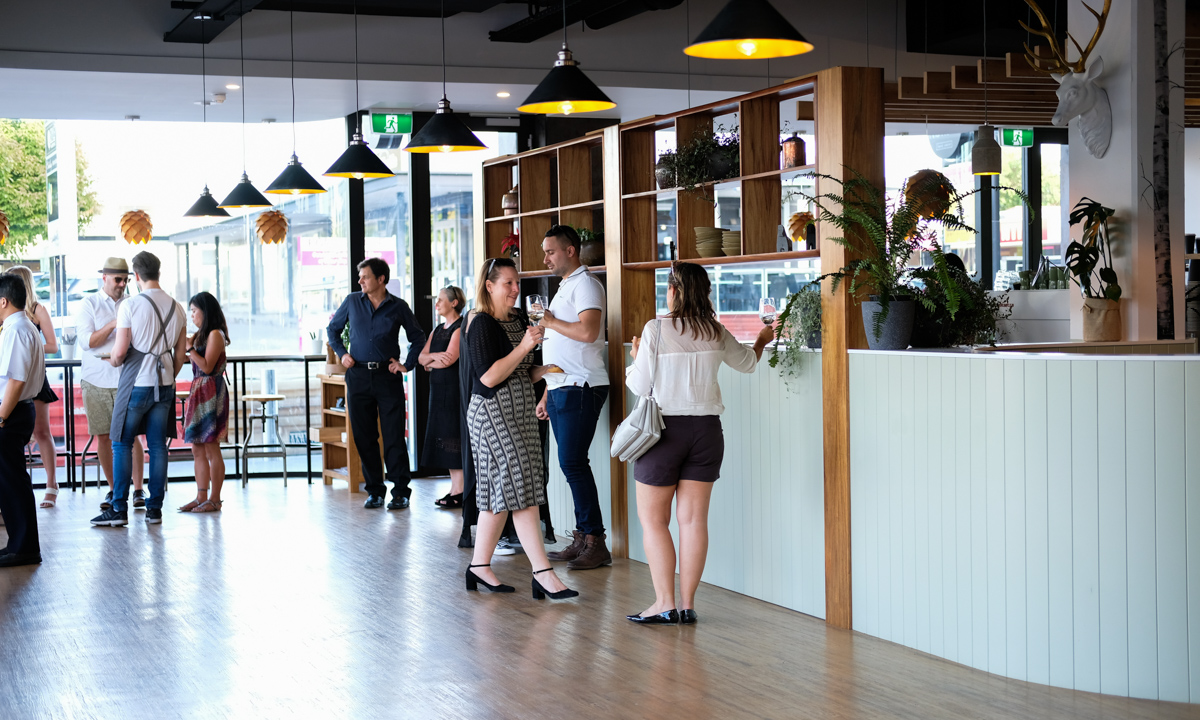 A central shelving unit by Lex Stobie runs down the middle of the space, which was cleared for the launch

The design speaks to the food and drink program developed by the family, which also takes direct influence from their Swedish roots.

Mattis says the Australian brunch crowd is already familiar with Scandinavian flavours through the incorporation of things like gravalax dishes and bircher mueslis onto café menus across the country.

But New Nordic’s freshly-launched dinner menu will gently lead diners a little deeper into the flavours the family grew up with before emigrating to Australia in the mid 90s.

Featuring things like Gubbröra – a pickled herring tartare dish with egg, remoulade and dill, and Artsoppa- a yellow pea and smoked ham hock soup, alongside more instantly recognisable dishes like Spencer Gulf mussels cooked with saffron – the menu from Louise and Liam in the kitchen balances between the familiar and the new.

New Nordic is located at 98 Prospect Road, Prospect and is open from 8am daily for breakfast and lunch. The restaurant is also open for dinner and drinks Wednesday-Saturday.

“There’s a few things that are definitely very Swedish that we need to educate customers into trying,” says Mattis.

“But if you’ve had some schnapps and are feeling good, it’s not that much of a leap. And I think Adelaide is ready for it.”

While New Nordic has already been trading for breakfast, brunch, lunch, and coffee, the addition of dinner service and a cocktail bar (headed by Mathieu Seban, who has recently moved to Australia) is significant for the Prospect neighbourhood.

For the up-and-coming area, the success of a full-service venue like New Nordic is surely a signal of what is to come.