Founders of upcoming suburban bar Good Gilbert say the venue will give Goodwood locals a much-needed community haunt, with beer, wine and snacks 'til late.

The bar, called Colbert, is in Chelsea, tucked next to a theatre, and connected to the owners of the famous Wolseley. It serves food from breakfast “until post theatre”, seven days a week. The décor is inspired by the great boulevard cafés of Paris.

“The food offer was pretty fun and enticing,” says Wilson, who worked there for three years during his decade in the UK.

“You could have a £12 croque monsieur with a glass of wine or you could just come and have a black coffee at the bar with a boiled egg. At the same time, if you were feeling extravagant in the afternoon, you could have caviar and Bordeaux wine.

“For me, it was a central spot in Chelsea that people congregated around and made it part of who they were and where they lived.”

This was one of the inspirations Wilson brought to the table when he met with Jason Barber and David Train to discuss opening Good Gilbert in the old Two Sisters Food & Wine on Goodwood Road.

Wilson runs Commute in the Adelaide Railway Station, and also works at Hellbound. Jason started up Mornings Coffee on Peel Street about two years ago, and has since launched Konbini, next to Commute. David is a coffee industry professional with more than 15 years experience, and for the last several years has been a coffee trader.

“It’s giving people a central spot that’s not in the city, not on the beaches, and that they can come by with their kids or come by with [a date].” Wilson says. 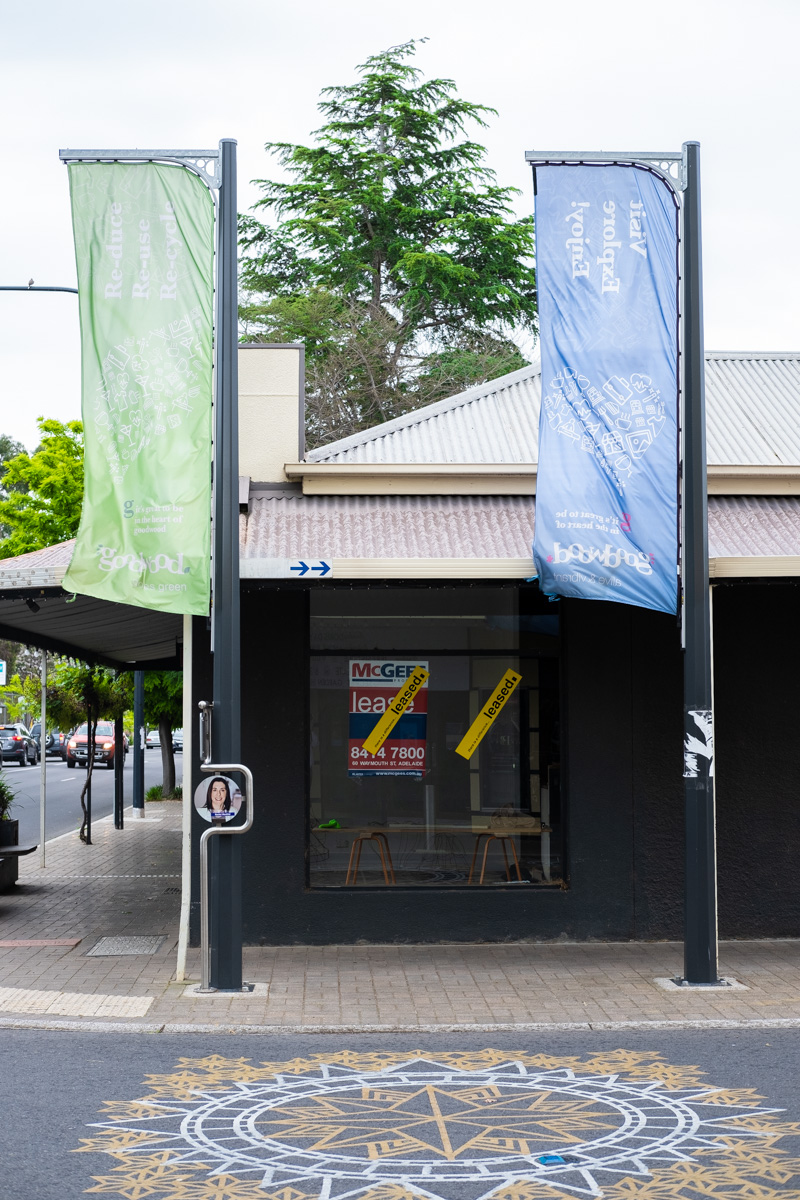 Good Gilbert is set to open in mid-November. It is directly across the road from the heritage Capri Theatre. The three business partners have been working on the site since they got the keys about a month ago.

The overall look of the place will be simple: bifold doors along the front and side of the space to brighten the venue, lots of light colours and, as Jason puts it, “intimate when you need it to be”.

Jason says the menu will be inspired by “our favourite bar snacks and small plates from our travels”. That means plates that are easy to prepare in the kitchen and to serve up fast. Think smoked meats, croquets, house made dips and scotched eggs.

He adds there will be an “ever-growing” wine and beer list to pair with the food.

David says this type of venue is something people are starving for post-pandemic.

“People can go out into their local neighbourhood without necessarily going into the city,” he says.

“A lot of my friends who have been working from home want a breakup of their little social construct of the office, and so they want to go to a local bar but there’s just not a lot of them at the moment.”

And that’s where Wilson feels Good Gilbert slots in nicely.

“We want to do something that’s not pretentious,” he says. “It doesn’t matter who you are, where you come from, you don’t even have to live in Goodwood.

“It’s about bringing people together, and that’s something that we think is lacking.”

Good Gilbert is located at 135b Goodwood Road, Goodwood. It is scheduled to open mid-November 2020.

Keep up to date with the bar’s progress via Instagram.