No fruit, no chocolate - just beer.

The Australian beer scene has gone into overdrive.

What was once a languid collection of mostly mass-market breweries, pumping out the same six or seven beers to sate punters glued to the footy or cricket, has proliferated into an industry driven by craft, entrepreneurialism and flavour.

But it is also now an industry dominated by the Pursuit of New.

Australian beer website Crafty Pint keeps a list of every beer of note that crosses their desk, and it’s difficult to understand how they can successfully run a website with the huge number of new beers filtering into their bloodstream.

The page, as of writing, lists a strawberries and cream-flavoured IPA, a Festbier, a white ale, a ‘table beer,’ a raspberry sour, an apricot sour, a dark farmhouse ale, a barrel-aged porter, fruit cream sours, a rhubarb sour blonde, a smoked red ale, a West Coast IPA, Imperial IPA, NEIPA, summer ale, and a berry saison. These are all from within the last week.

(CityMag has also ridden the wave with our own fervid new beer reporting.)

The days of the Big Ad, when the mainstream Australian beer industry achieved a boring but perfectly in-tune chorus, feel a lifetime ago.

The craft beer scene today, however, is a cacophony.

“Have you seen the blurb on the Inside Voice can?” Ryan Davidson asks us at a recent visit to the Little Bang brewpub in Stepney.

“That pretty much sums it up. That’s the whole concept – if we can all just stop screaming for a second.” 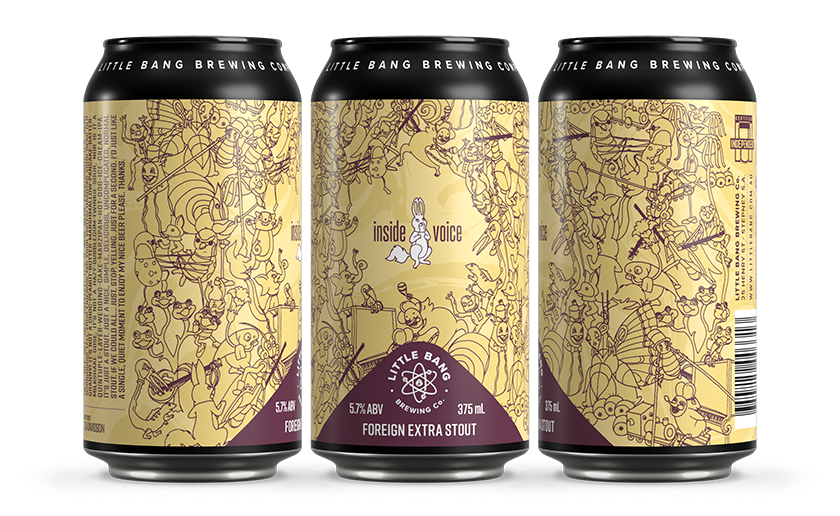 Good can copy: “It’s not a choc-peanut-butter-marshmallow-pancake-batter-milkshake-gose, it’s not a hazy-bubblegum-twinkie-sour, nor is it a quintuple-layer-wedding-cake-marzipan-hot-dog-ice-cream-IPA. It’s just a stout. Just a simple, delicious, normal stout.”

Inside Voice is a foreign extra stout. It was the first ever beer Little Bang’s head brewer Filip Kemp made, as a home brewer a decade ago, and was inspired by the Coopers Foreign Extra Stout.

According to its can label, Inside Voice is “just a simple, delicious, normal stout.”

This, in today’s beer market, is a whisper inside a hurricane.

The inspiration to return to the recipe 10 years on was for its simplicity.

A few months ago, Little Bang had just finished a new iteration of its Schwang series – a range of sour beers brewed using real fruit – and Fil was stuck cleaning pulp out of a filter.

“Fil was shouting, ‘Can we make a fucking normal beer for fucking once!’” Ryan recalls, laughing.

This is the philosophy underlying both Inside Voice and a more recent Little Bang can release, Geezer Pleaser – a traditional British beer style, Extra Special Bitter (ESB).

Little Bang is an active participant in the new beer hype cycle, and they maintain they do so with integrity: they use real fruit, no artificial flavours, and every base beer must stand up stylistically on its own.

And these kinds of beers are fun and flavourful – both tenets of the Little Bang brand. Plus, it’s too lucrative a market to not be playing in.

“We’ve got a sour NEIPA coming up and a straight NEIPA coming up, and I’ve pre-sold more than a pallet of each of those before it’s even in the tank,” Ryan says.

“And we’ve probably maybe done that much of the ESB after a couple of months.” 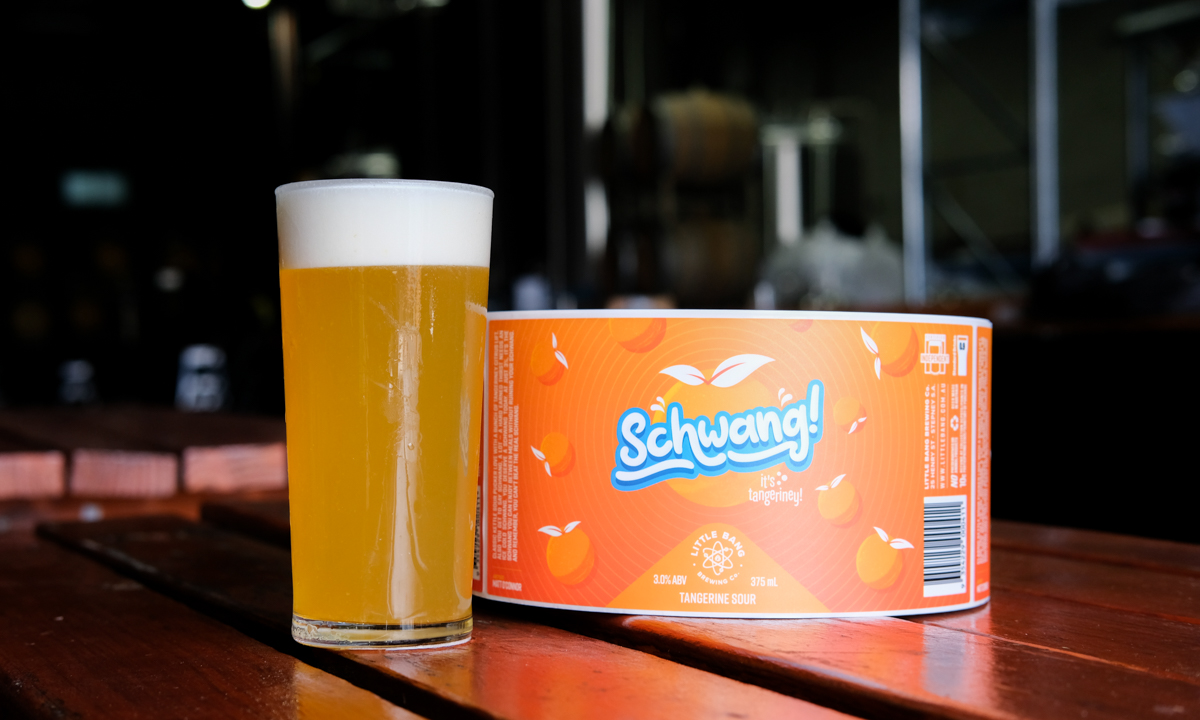 But Fil and Ryan are noticing a discrepancy between what’s selling with their wholesale clients versus to retail customers via their own taps.

“We’re seeing these people are going time and time again to the lager, to the pilsner, to the pale ale, session ale, to the straightforward stout,” Fil says.

“And maybe they’ll have one wacky thing while they’re here, but they’ll probably have three or four normal beers in the same sitting,” Ryan continues.

A return to normal beer by consumers might be wishful thinking for Fil, scarred as he is by the continual process of cleaning fruit pulp from his brewing equipment, but the duo also suggest a return to traditional styles could save the industry from becoming a parody of itself.

“I think it was that bubblegum beer from GABS that was the last straw for us,” Ryan says.

“We’re all for fun, honestly, we’re not here to poo-poo it at all, and we like mucking around, we like pushing boundaries – and it did really well – but that was honestly a very, very, very bland beer that had had purple colouring and bubblegum flavouring put in it. I could do the same with a Great Northern and a bottle of cordial at the table in my glass.

“As producers, if we’re going to have these price points that we do have and claim to be an artisanal product, we should at least be expressing something that’s harder to do than a bottle of cordial in your own glass.”

“If all it is is a brewer now makes a base beer and adds flavourings to it, I don’t want to be a brewer anymore. It’s not challenging, it’s not interesting, it’s not satisfying as a job.” 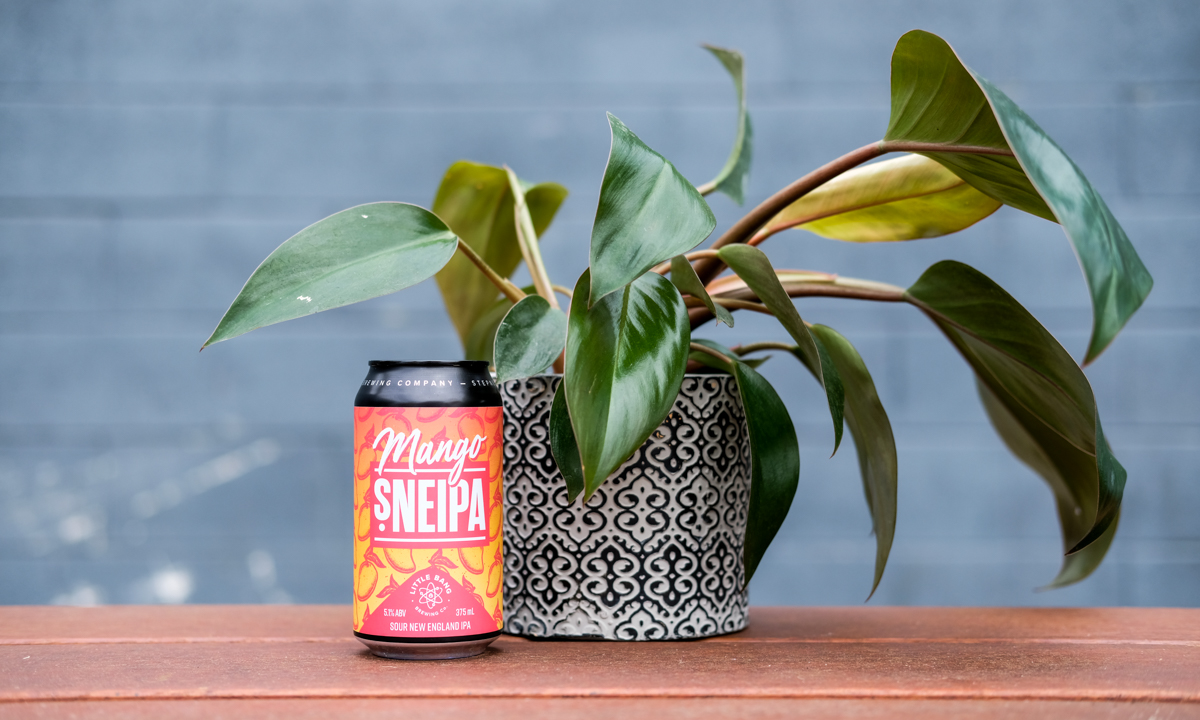 Beer sales globally are still in decline, but craft continues to grow within the overall market. The challenge for any brewery wanting to lead a charge back into regular-ish beer will be to convert those who have come into the fray for the excitement and inventiveness of being able to drink a bubblegum-flavoured beer, into recognising and appreciating the craft and care that goes into making a stout taste plainly and simply like a stout.

“This lovely little cottage industry has exploded because it’s been so inviting for so many people,” Ryan says.

“I feel like actually expressing some classic styles in an interesting way within this market is… something you can do and you can surprise people with it.

“There’s probably a generation of drinkers coming up now who might not remember at all what it was like. They’re not seeing this as a backlash against shabby old beer, they’re just seeing this as what beer is like.

“How sad would that be to think some peanut butter milkshake bullshit is totally normal, but they’ve never heard of a classic German or British style? And wouldn’t it be great to introduce people to that? They might really, really like it.”

Little Bang won’t be moving away from their fruity range – they’ve just released a Guava version of their sour NEIPA, a berry version of Schwang, and a melon Schwang is coming down the line sometime soon.

But there are also a range of traditional styles, in addition to Inside Voice and Geezer Pleaser, that will continue to pour from the Little Bang brewery for anyone who misses the grand old days of simple beer.