You can now take home a four-pack of Scratchy Vinyl Black IPA and the big and bitter 50 Dalrymples Double IPA.

Scratchy Vinyl started life two years ago as a Record Store Day special release (launched at an event at Kings Head Hotel), and has been brewed regularly since.

At that time, the brewery had released its chocolate porter, May Contain Traces of Panther; and a couple of stouts, Breakfast at Stepney and Sludgebeast, but head brewer Filip Kemp was keen to try his hand at a Black IPA.

“It was pretty trendy at the time. We put one out to see how it would go, and it’s a bloody tasty beer,” he says.

“It’s one of the styles that I think is actually a good modern style. And the other thing is, I don’t know why, but we’ve done some age testing on it, and a year-old bottle is still very drinkable and the hops still come through on it.”

Heavier flavours from dark roasted malts – while still balanced against the fruity influence of the hops – make Scratchy Vinyl a perfect transitional beer as the autumn chill slowly creeps in and lighter, more sessionable beer styles shift out of rotation. 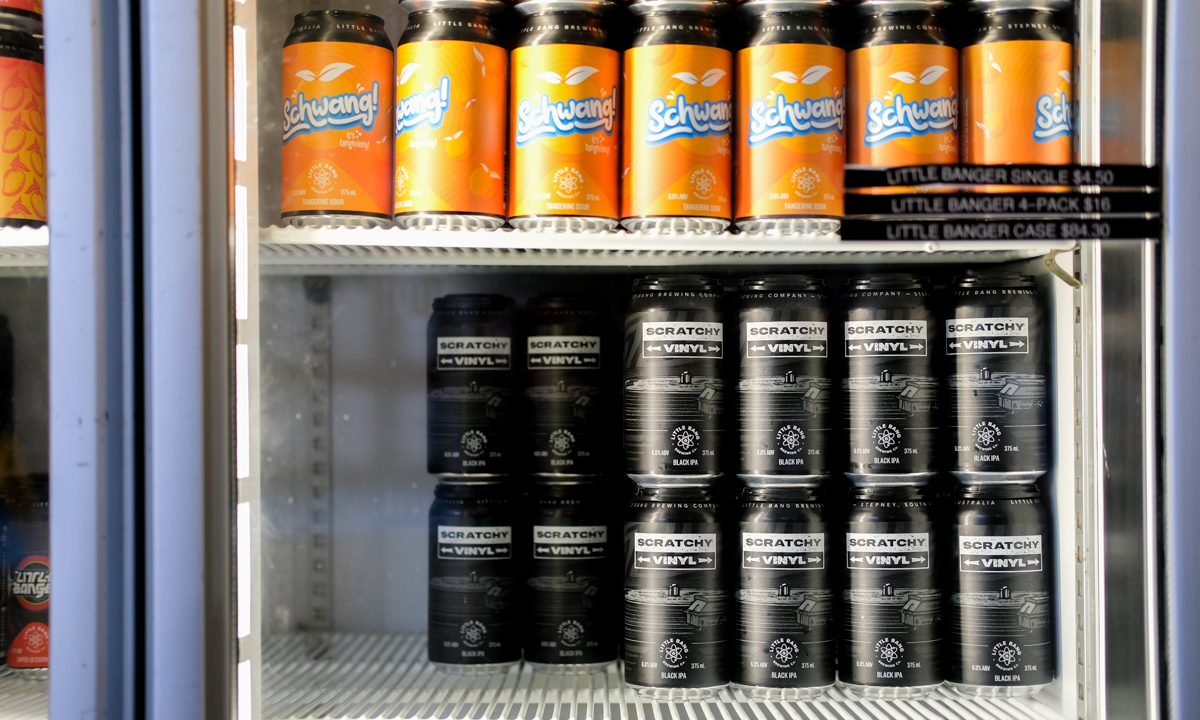 While Scratchy’s latest iteration hasn’t strayed too far from its original recipe (it has actually returned to its original hop profile after last year’s hop crops failed to produce enough of the right varieties), 50 Dalrymples has morphed over time and grown in heft.

“Dalrymples is a funny one. That’s probably been around for four or five years now, but it was originally at 7.5 per cent, which is still classified as a double [IPA], but we just called it an IPA at the time,” Filip says.

“The decision was, because we had The Naked Objector in that IPA range, push the Dalrymples into a proper Double IPA, into 8.5 per cent, and away we went.”

The decision to bring Dalrymples into can is testament to the powers of the public vote.

“There’s one particular customer of ours who, every week, he’ll come in and if it’s not on tap he’ll be spewing,” Fil laughs.

“He said ‘If you can this, I’ll take two cases every week!’ He just loved it. So we look forward to seeing him.”

Fil confirms there are more autumnal favourites destined for the Little Bang canning line in the coming weeks, so stay tuned to their socials for updates.

The Little Bang team has also been working on their GABS (Great Australian Beer Spectacular) brew – a fruit IPA called Let Them Eat Cake, made with passionfruit juice and created specifically for people who like their beer to taste like Passiona (CityMag sits firmly in this camp).

Depending on its reception at the festival, Let Them Eat Cake might also end up in cans in the near future, Fil says. Here’s hoping.