Leigh Street Luggage is coming back, but not as you know it

With blessing from former owner Julie Barnes, the old Leigh Street Luggage will reopen this year, under the same moniker, as a European-inspired wine and cocktail bar. 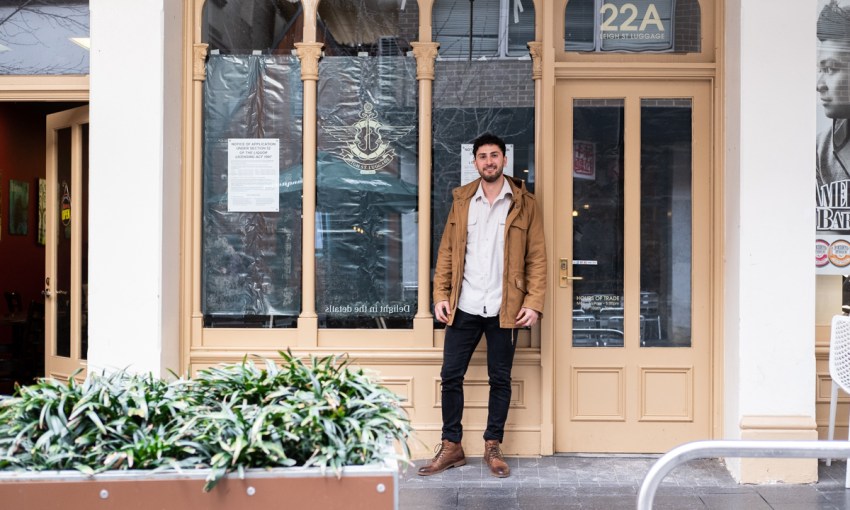 At the end of last year, Julie Barnes called time on Leigh Street Luggage, after 40 years selling travel gear to the Adelaide public.

A few months later, a new hospitality collective picked up the lease and asked for permission to keep the name and a couple of the vintage travel items left over in the shop.

Stay up to date with the latest happenings in Adelaide by subscribing to CityMag.

“She was ecstatic,” says Joshua Fileti, who co-owns the new bar alongside Robbie Behrad, Andrew Razzano and Shahin Chegini. “And that’s something that makes us happy, too.

“I think it’s just a fantastic outcome for everyone. Her name lives on, her legacy lives on, and yeah, ok, we’re not selling luggage as such, selling something a bit different, but the legacy is still there.”

By early November, Leigh Street Luggage will relaunch as a Mediterranean and European-inspired bar, as directed by Shahin, who brings into the project 12 years of hospitality experience, predominantly in Melbourne.

Shahin was raised in Adelaide but left for Melbourne after uni, in 2009, where he worked in optometry.

“I managed optometrists, OPSMs, and it was absolutely dry work. I hated it,” he laughs.

He took time off to live and work in the Netherlands, where he started working in hospitality and fell in love with Amsterdam’s bar culture.

“Absolutely loved the hustle, the bustle, the people, shaking cocktails,” he says.

“Soon after there I was running their cocktail section, doing their massive happy hours.”

On return to Melbourne, Shahin gave up his optometry career and committed to a life in hospitality. In the early 2010s, he worked at Morris Jones, then moved to The Smith.

It was an exciting time to be working behind a bar in Melbourne.

“That was very much when mixology was a huge thing, experimenting with dry ice. I experimented with some quite interesting ingredients,” Shahin says.

Shahin then moved to L’Hotel Gitan, owned by renowned hospitality family, the Reymonds. Shahin had come to a point where he was looking to expand his knowledge beyond cocktails, and at Gitan he was exposed to French cookery and wines, working alongside beverage manager Tim O’Donnell.

“That’s where I really started polishing up on my wine knowledge,” Shahin says.

Later, the Reymond family expanded its hospitality presence with a new venue called Frédéric. They brought Shahin on to set up the bar.

“We opened Fred’s Bar within the venue Frédéric. So that’s where I really developed a pretty cool European cocktail menu… I got a lot of influence from them as well,” he says.

Shahin moved back to Adelaide in March of this year, having been drafted in as a co-owner of the Leigh Street Luggage project. 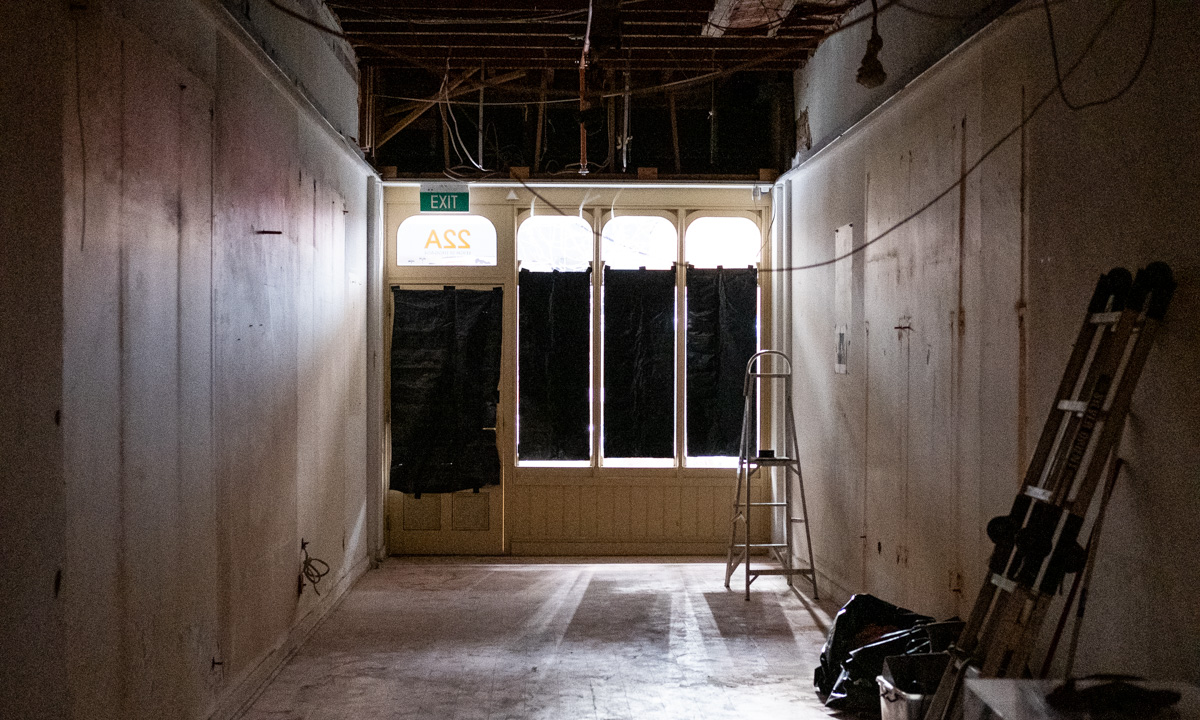 The old shop has been gutted

The bar’s will draw from Shahin’s work history, featuring “a lot of amaros, a lot of vermouths, a lot of international, European spirits, as well as Australian as well,” Shahin says.

The bar will also draw on local suppliers, hitting about a 50/50 split of imported and Australian producers.

“Gins, for example, will be heavily South Australian,” Shahin says.

“Whiskies, there’ll be some Australian, but Australia is still young at making whisky. There’ll be a few amaros, Australia makes great amaros, same as vermouths.

“But at the same time, because you can’t travel, the next best thing to sitting at a beach in Italy is sitting here with a nice bottle of pinot gris or pinot grigio.”

The venue will seat 70 people all up, including around 20 outside. There’ll be a booth beneath the window, seats running along the sizeable bar, and at the back of the space there’ll be communal high tables, banquette seating and another booth.

This is where the Leigh Street Luggage bar ends. At the very back of the building, though, in a space previously used as storage, there will be a second bar, which will be accessible either through a secret door inside or outside via the alleyway.

The team remains tight-lipped on the name of this bar, but Shahin says it will be “slightly more grungy”.

Seating an extra 35 people, the back space will be dimly lit and will contrast against Leigh Street Luggage’s lighter and more refined feel. It will also have an almost exclusively Australian product list.

“The way I look at it, you’re on a first date, that’s where you go out the front, have a glass of wine, you’re civilised,” Shahin says.

“Once you’ve gone past that point, you’ll come back here where it’s more laidback and you can be yourself. It’ll be a nice little mood.”

Although there will be a door connecting the space, the team hopes for the two bars to be considered and treated as separate entities.

“We’re expecting that people won’t know about this place back here,” Shahin says.

“They’ll have a couple of glasses of wine, they’ll be feeling good, and then all of a sudden, they’ll stumble into another bar. That’s the way we’re seeing people interacting with it.” 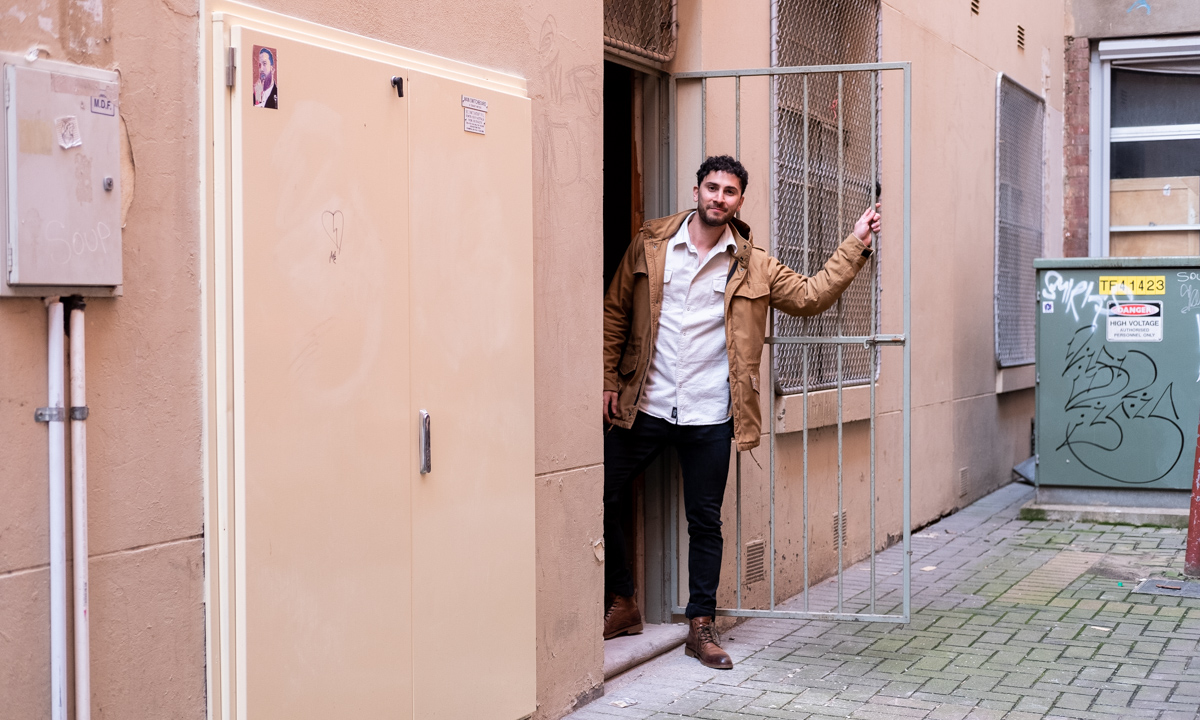 The shop is now an empty shell, with little more than a disembodied propeller (gifted by Julie) to give any clue as to what designers Faculty will do with the space. All things going to plan, the bar will launch by early November.

Shahin is excited to soon be contributing to the bar culture in his home city.

“I think the direction [Adelaide’s bar scene is] going in is great,” Shahin says.

“I love how creative a lot of bars around the place are. My palate is slightly different to what’s around here… I think I’m just filling a hold that exists here in the bar scene.” 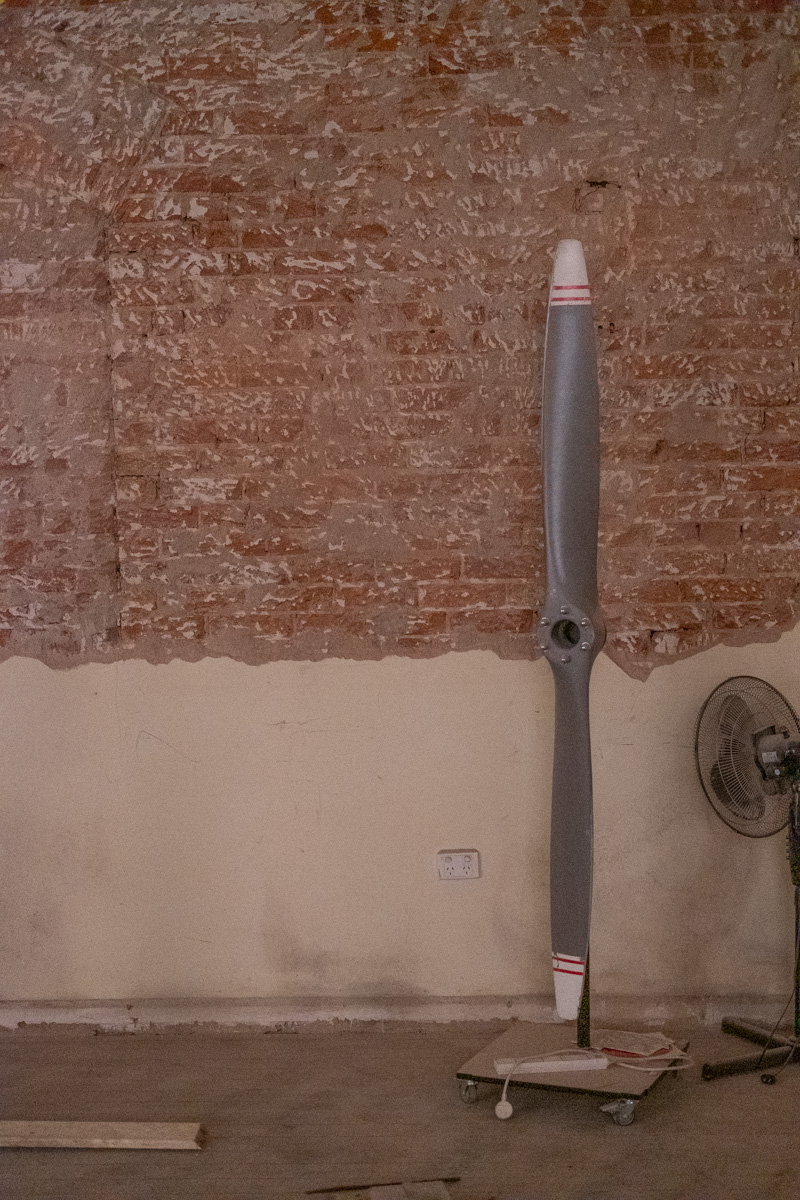 A remnant of the former tenant