Kegs everywhere are nervous as our city’s pubs reopen

As the first kegs of Coopers get delivered, we check in with publican Kevin Gregg at The Exeter as well as Adelaide pub company The Saturno Group to see how they feel about reopening after their 70-day closure.

The Cooper’s brewery truck on Vaughan Place, outside the Exeter Hotel on Thursday morning, was a sight for sore eyes this week, as the government’s ban on trading in pubs is set to lift this Monday, 1 June.

This day marks the first time since March that Adelaideans will be able to walk into a pub and order a beer from the bar.

Capacities will be limited to 80 patrons (inside and out), you will not be able to drink at the bar, and you must be seated.

CityMag will be reporting LIVE from The Exeter on Monday, 1 June from 10:30am. Tune in via our Instagram Story to learn the latest on whether the pub’s full or not, and hear from staff and regulars alike on the day South Australia went back to the pub.

When news emerged pubs would once again be granted sufficient capacity to justify trade, our social media channels were flooded with images of our city’s most iconic pub – The Exeter Hotel.

Speaking with publican Kevin Gregg this morning, CityMag was keen to learn what the Exeter’s experience of the shutdown had been like and what we could expect from the pub come Monday. 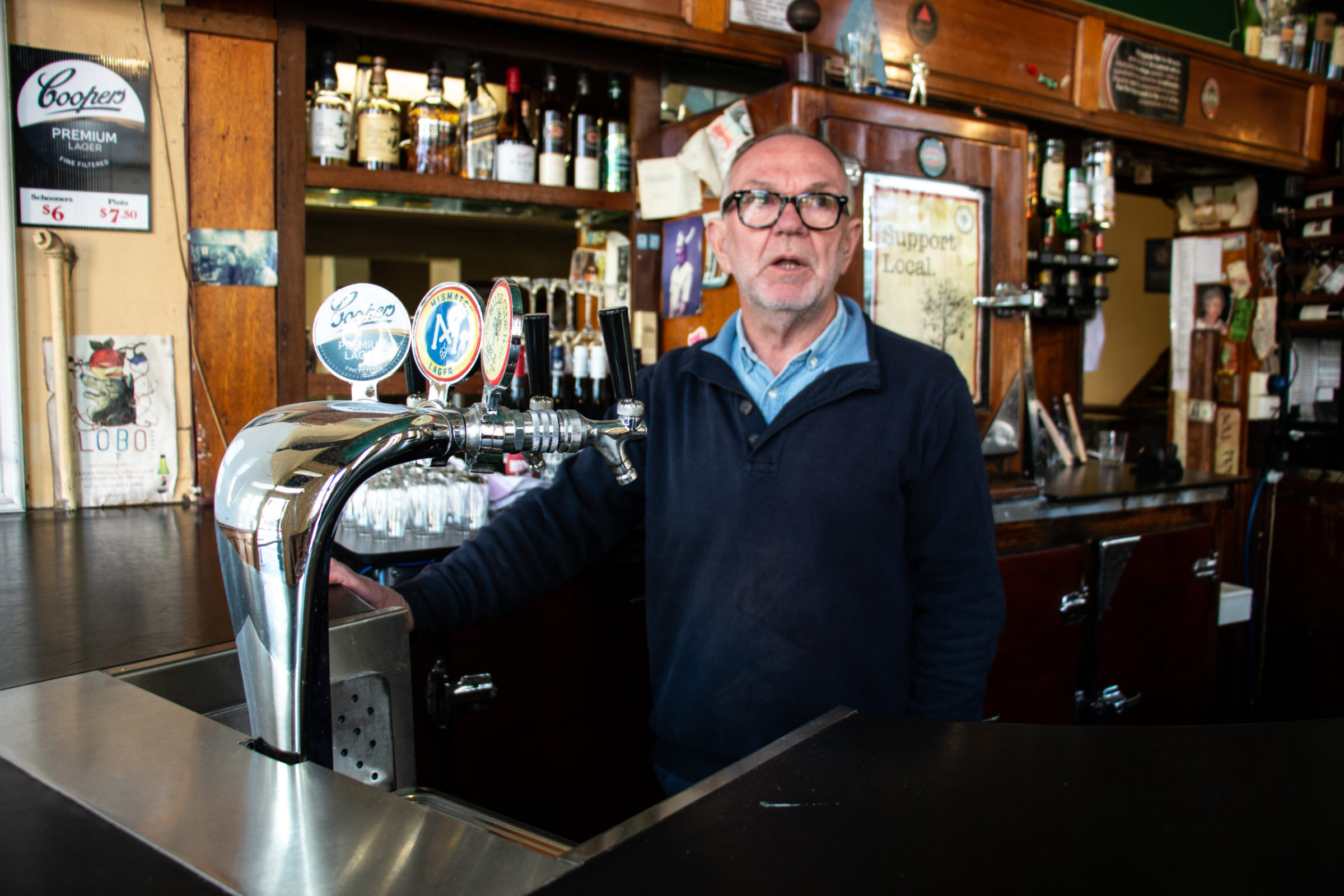 Kevin Gregg in the front bar of The Exeter Hotel

“I might put on a clean pair of shorts,” says Kevin, with a cheeky sincerity.

“I’ve received a lot of phone calls to see what’s happening, too,” Kevin tells us, as we stroll to Hey Jupiter where he buys his coffee each morning.

But Kevin’s concerned about how he’ll manage reopening his pub within the government’s requirements to have a limited number of patrons, all of whom must be seated.

He’s adamant he’s not going to open with security guards on the front door come 11am Monday, but also thinks he’ll have to disappoint a lot of people who turn up for a beer only to find the pub has reached capacity. 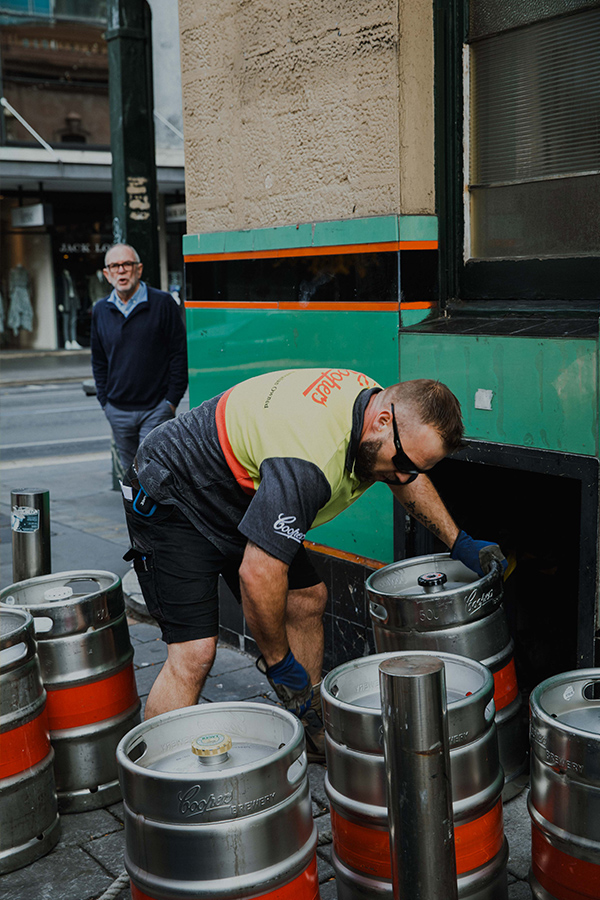 The first Coopers delivery in more than 70 days

The Saturno Group owns several pubs across Adelaide, including The Colonist in Norwood, The Mile End and The Unley. Group marketing manager Alice Glanville says the path back to pouring beer could have been smoother for the company.

“We made the decision this Monday that we would open on Thursday,” says Alice. “But had we known the restrictions would change on June 1, we might have decided to stay closed until then.”

And while Alice agreed with our assertions the government could have done a better job lifting the restrictions, she says the mood in the company has been buoyant.

“Staff are really excited to come back to work. The chefs have all come up with new menus. It’s allowed them time to be creative,” she says.

Interior at The Colonist, 44 The Parade Norwood

The Saturno Group of pubs are all open today and will trade this weekend on what seems to CityMag like the impossible patronage of 10 people inside and 10 people outside. Alice agrees the numbers are difficult, but says it’ll be good practice for Monday when the capacity jumps to 80.

“It’s table service only this weekend. We can do it, it’s fine.

“But going to a pub, you want to be able to go up to the bar. Say hello to your friendly bartender. Banter – all of that. It’s part of the experience, so we’re all really looking forward to Monday when you can do that again.

Back at The Exeter, in the two months the pub’s has had its doors closed, Kevin and his team of employees – all but two of whom qualified for JobKeeper – have been busy cleaning and preparing the pub to reopen.

This included varnishing tables and cleaning walls, and, to the dismay of CityMag, sanding down and re-painting the female toilet doors.

“We’ve got this group of Adelaide expat women who have this thing where, if any of them are in Adelaide, they come to The Exeter and take a photo of the toilet doors and send it around to their group,” says Kevin, which hopefully conveys to you somewhat of the anthropological significance his pub’s toilet doors represent.

We can’t help but laugh at Kevin’s anecdote. It’s going to be great to get back inside and maybe leave a new note on the dunny door, to mark the historic moment when COVID-19 led to a new coat of paint for the Exeter Hotel’s bathroom doors.