Just one thing… at Sunmi’s Sushi

Here's a clue: It's not actually just one thing. 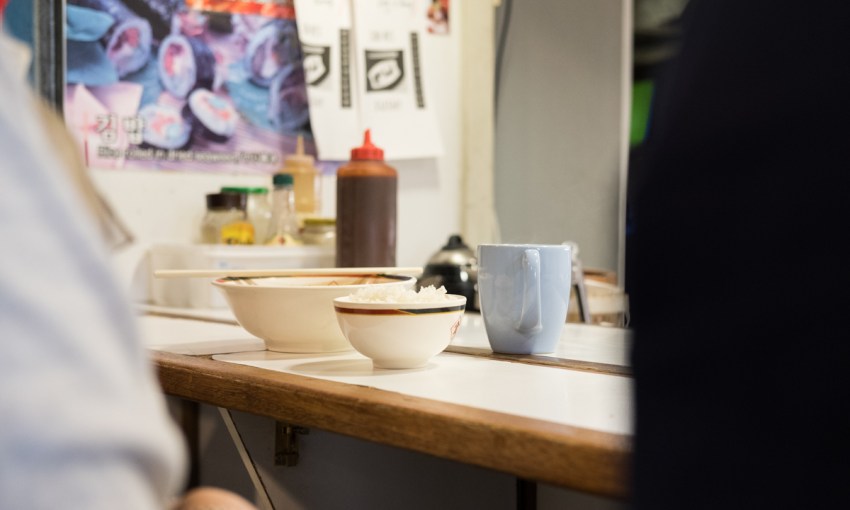 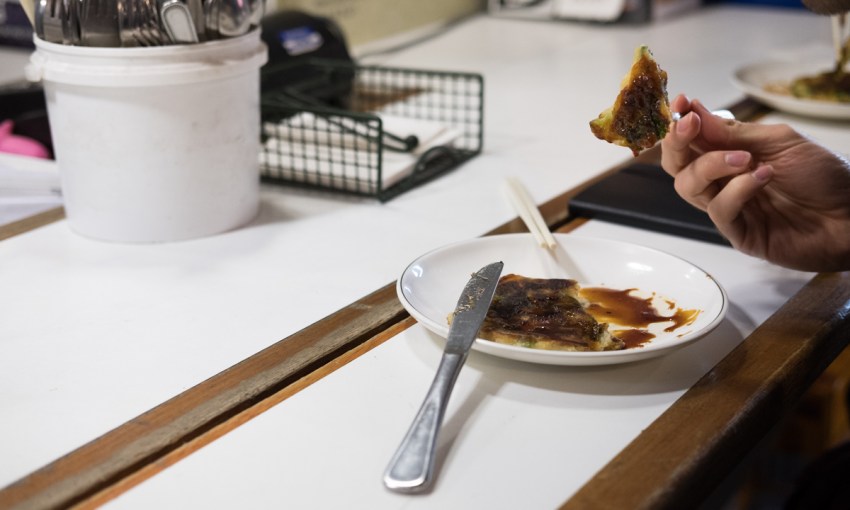 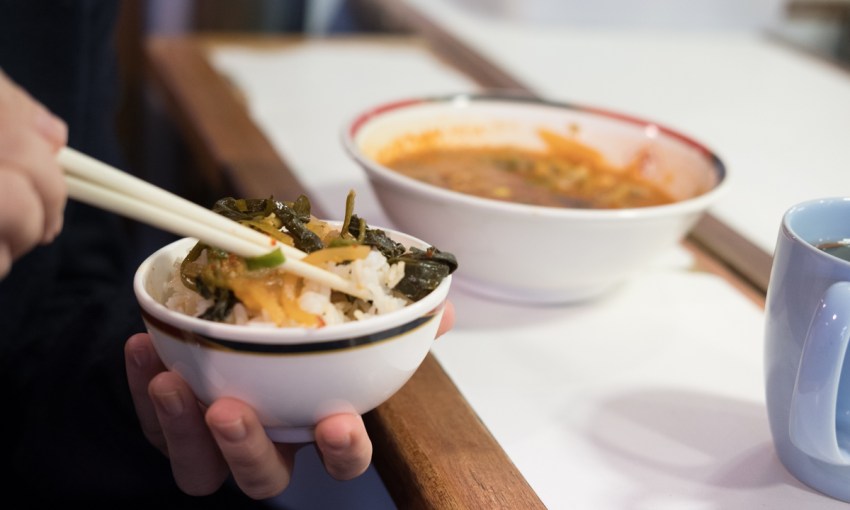 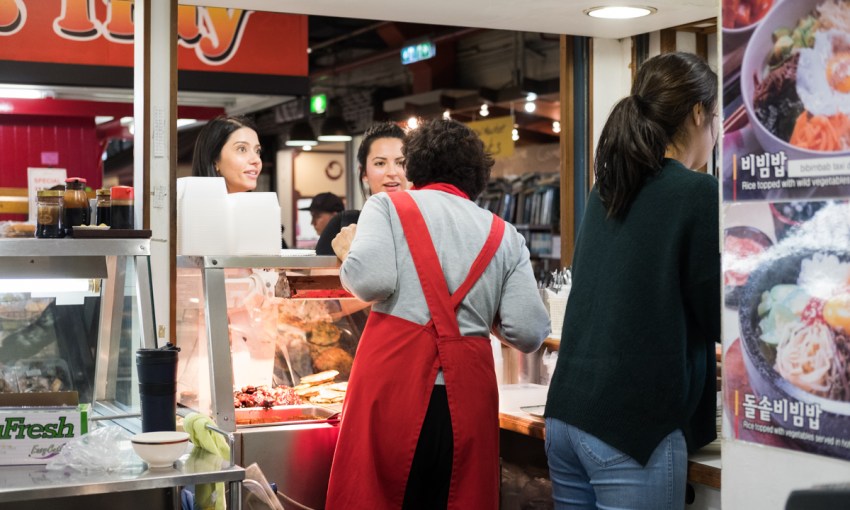 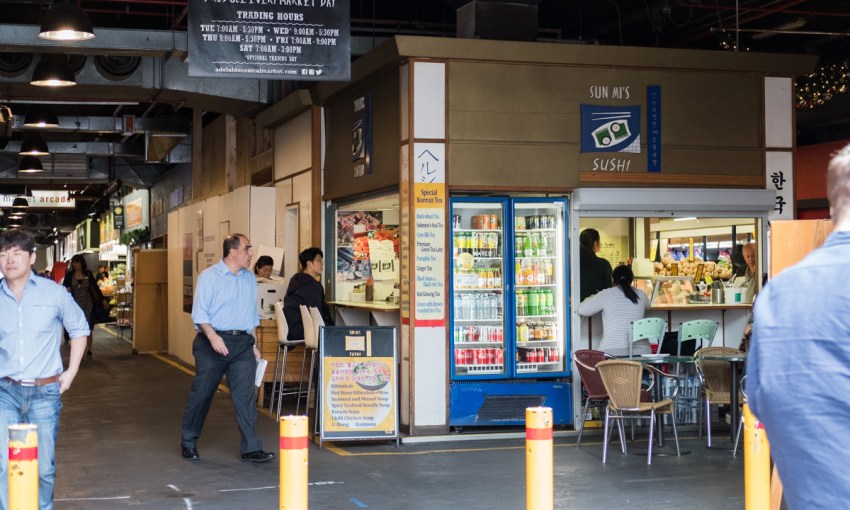 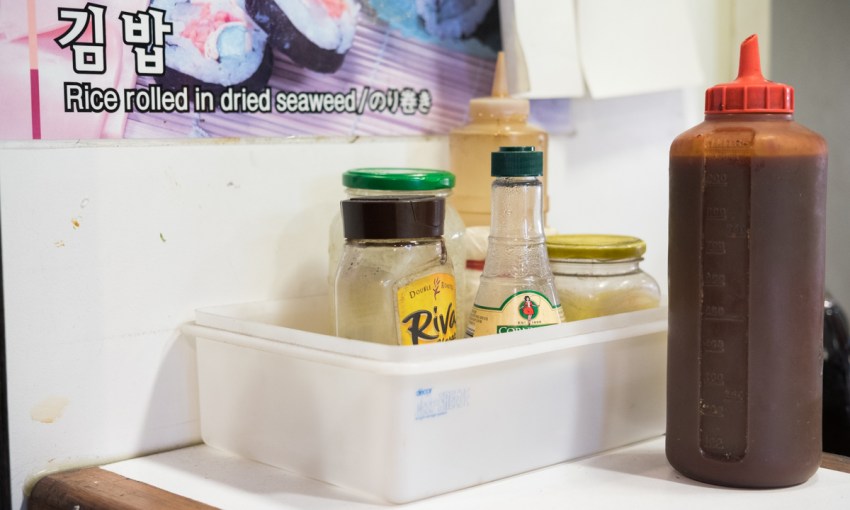 We’ll tell you what to eat in a minute, but first, fun fact: Sunmi’s Sushi (that sushi place in the Adelaide Central Markets that’s been there since the ’90s) is run by a former Olympic volleyball player from South Korea.

Sunmi’s Sushi is located at Stall 1 at the Adelaide Central Market.

It’s open when the Market is open.

Sunmi Kim, the woman for whom the Korean restaurant is named, came to Australia in the ’80s to coach volleyball.

“In 1980, we were supposed to be going to the Moscow Olympics, but for political reasons we didn’t go, so I gave up volleyball. And then I was just having a rest in Korea, and that friend of mine came to Korea, and she said ‘what about coaching my club team?’ I said ‘okay, just for a while.”

While Sunmi coached the Campbelltown Cheetahs, she also became an Australian citizen and began playing for the Australian team, of which she was the captain from 1985 to 1990.

It was during her time playing volleyball in Adelaide that the seeds of her business were sown.

“I ate everything I did [in Korea], and everyone said ‘Sunmi smells!’ because of the garlic smell,” she says.

“I thought, ‘oh shit, I have to eat food, so what can I do?’ So, before practice, before games, I invited all my friends and all my players to my place to have a meal together, so then everyone has the same smell. But everyone liked it, and everyone said ‘Sunmi, you should open a restaurant’.”

“Yeah yeah yeah yeah… then things came up,” Sunmi says, with a wave of her arms, gesturing to the little restaurant in which she stands.

Sunmi opened the shop, which still stands in its original location of Stall 1 of the Adelaide Central Market, with the friend who first suggested she come to Australia.

“I started with my Australian friend, Sue, we started together. And she thought this was easier than teaching – she was a teacher. So she left teaching to do this, but she left after one year… This is a really hard job,” says Sunmi.

Now, more than 20 years after opening shop, Sunmi says she is seeing a second generation of customers come through, and an older generation stubbornly hanging onto the food they know and love.

“There is a few special people,” says Sunmi. “Like today, the 97 year old grandma stays in nursing home, she doesn’t eat at all. But when she gets the pancake with sauce, then she will start eating. This morning she came in, she comes about once or twice a week.

“Second to this, is when someone has a baby at the hospital, they send their husband here, so they only want fried rice and pancake or something. Not dry toast at the hospital.”

And, speaking of the fried pancake, if you’re going to have just one meal at Sunmi Sushi, we suggest an order of Kimchi Chigae, a side of Bindaedok, and mug of hot green tea.

“Even now, not many people understand what ‘kim bap’ means. In Korean, kim bap means sushi. So that’s why I put sushi and Kim bap.” – Sunmi 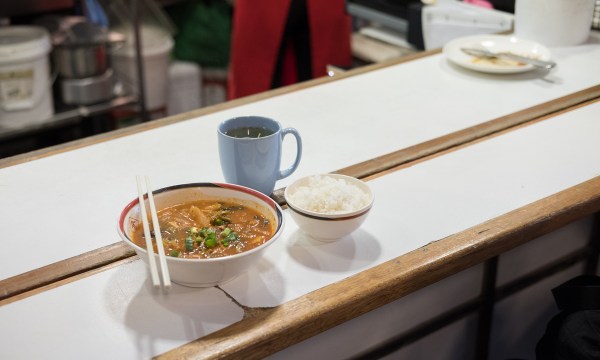 Rice on the side (but not the right side).

The Kimchi Chigae is a soup of kimchi (fermented cabbage), chilli, and tofu, with a side bowl of rice. For true Korean service style, sit the rice to the left of the soup. If you observe the images, you’ll notice that we did it wrong.

The “small” bowl is $8.50, but the “normal” bowl is $9.90 – we ordered the “normal,” but regret to inform readers that, despite our best efforts, we just couldn’t finish it. The “small” would definitely fill an average-to-large-sized hunger.

Alongside the main meal, it is essential to order the Bindaedok, which is a fried green veg and herb pancake. It’s the pancake old ladies and pregnant women keep coming back for. With just a few ingredients, the pancake doesn’t try to be anything fancier than it is. And at $2, there’s literally no reason not to order it.

And, finally, to top off the whole experience, a serve of loose leaf green tea is a must.

“We don’t really use [unhealthy ingredients]… no oil, no fat, no nothing. Hot pot, we using sesame oil, that’s all we using,” says Sunmi.

There’s nothing fancy on top of that, Sunmi’s food is what it is: good, wholesome, tasty. Learned from over the shoulder of her mother, Sunmi proves that keeping it simple and keeping it authentic is a good time. 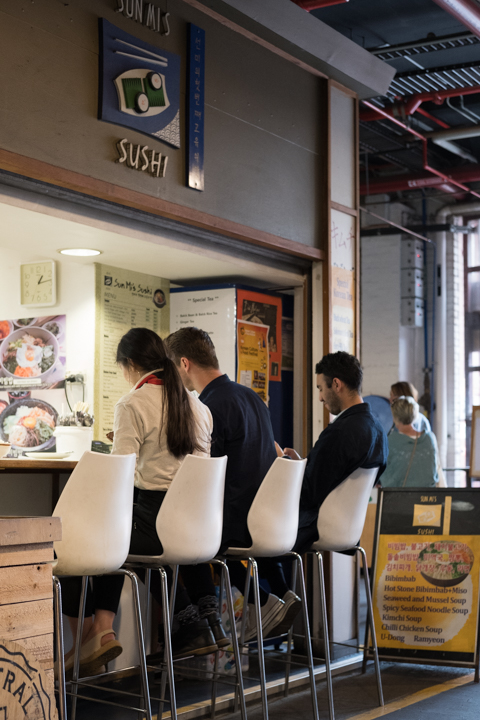