Two years in the making, Joybird – a modern take on the quintessential suburban chicken shop – has finally opened its doors in Hyde Park.

In April, CityMag reported Adam Liston and  Simon Kardachi were set to launch the latest in a string of restaurants.

Fast forward four months and Joybird is officially up and running with a range of classic suburban chicken shop goodies.

The menu features flame grilled spatchcock chickens in marinades such as Balinese curry and teriyaki – which has been infused with honey, soy and cardamom ­– slaws, a variety of roasted potatoes, chips and grain salads.

Designing the menu, Adam says he wanted to cater for a wide range of tastes.

“And there [are] just little quirky, chefy twists that separate it from being a stock-standard chicken shop.

“And there’s a lot of stuff in bread.” 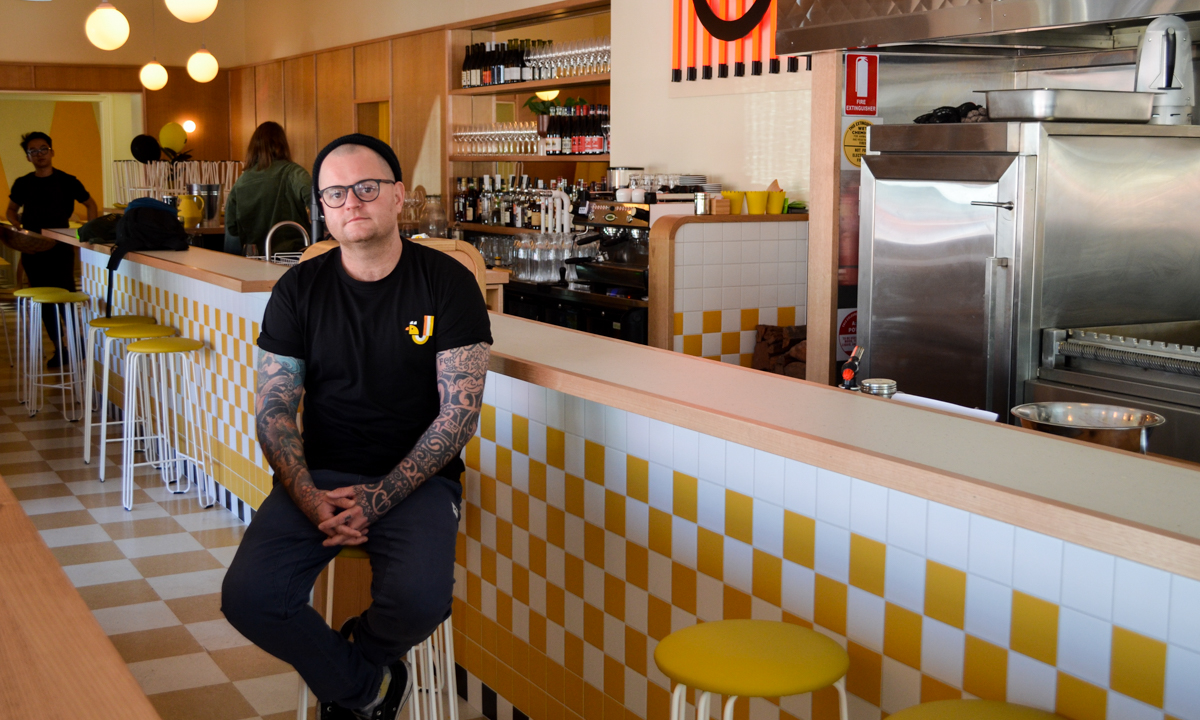 Adam says all of the dishes place an emphasis on ethically and sustainably sourced produce, which are mirrored in the drinks list.

“Wine wise, we’re 100 per cent South Australian… We’re quite fortunate in this state to have such a variation of wine producing regions that we can really confidently pick from every box,” says Ollie.

“We’ve got four beer taps and then we’ve got about 10 beers in the fridge. Everything is in cans and everything is from Australia. I think we just liked the idea and aesthetic of cans of beers and rotisserie chicken. It just adds a bit of nostalgic value.

“Everything is designed with our food style in mind… And I think we’ve created something that is very compact in its offerings but there’s plenty of diversity and it’s a very dynamic menu in how you can use it.”

Inspired by ’70s and ‘80s style diners, the 100-seater restaurant has been styled using a retro colour palette of yellows, black, white and burnt orange.

It sits only a few doors down from Nido, another Kardachi venture, on the corner of King William Road and Mitchell Street. 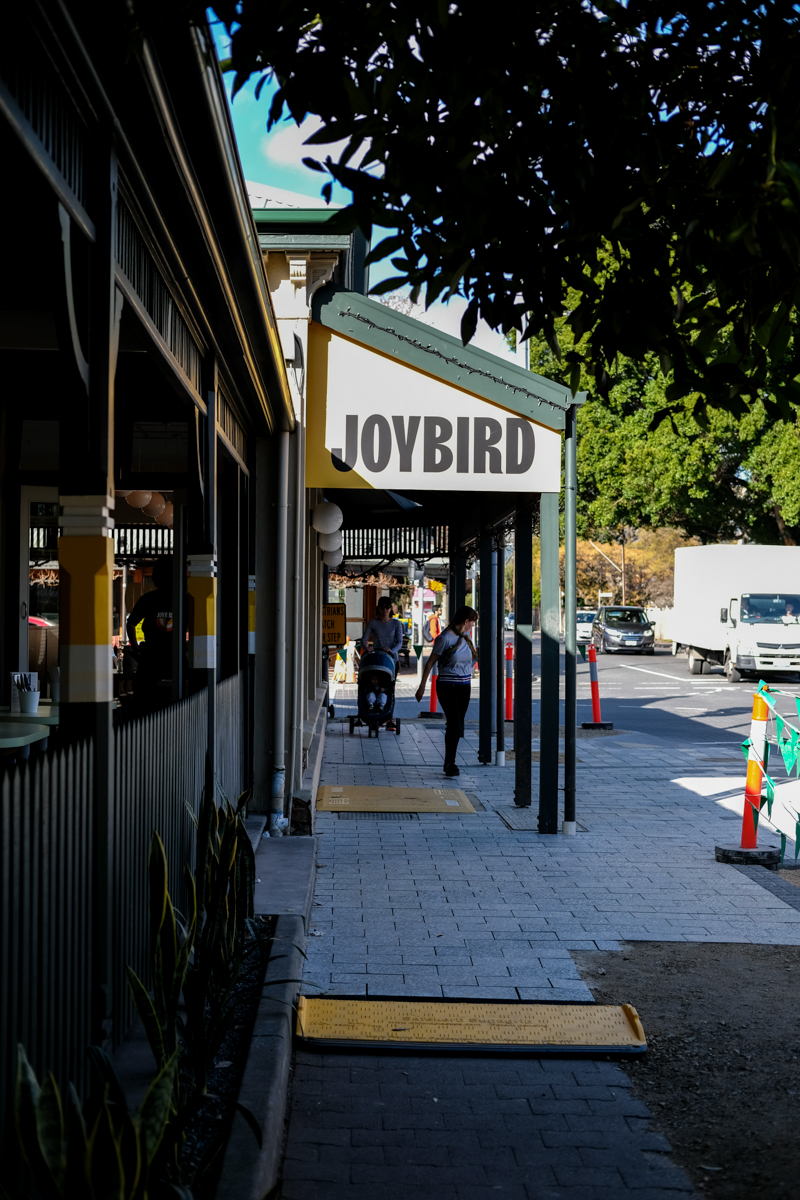 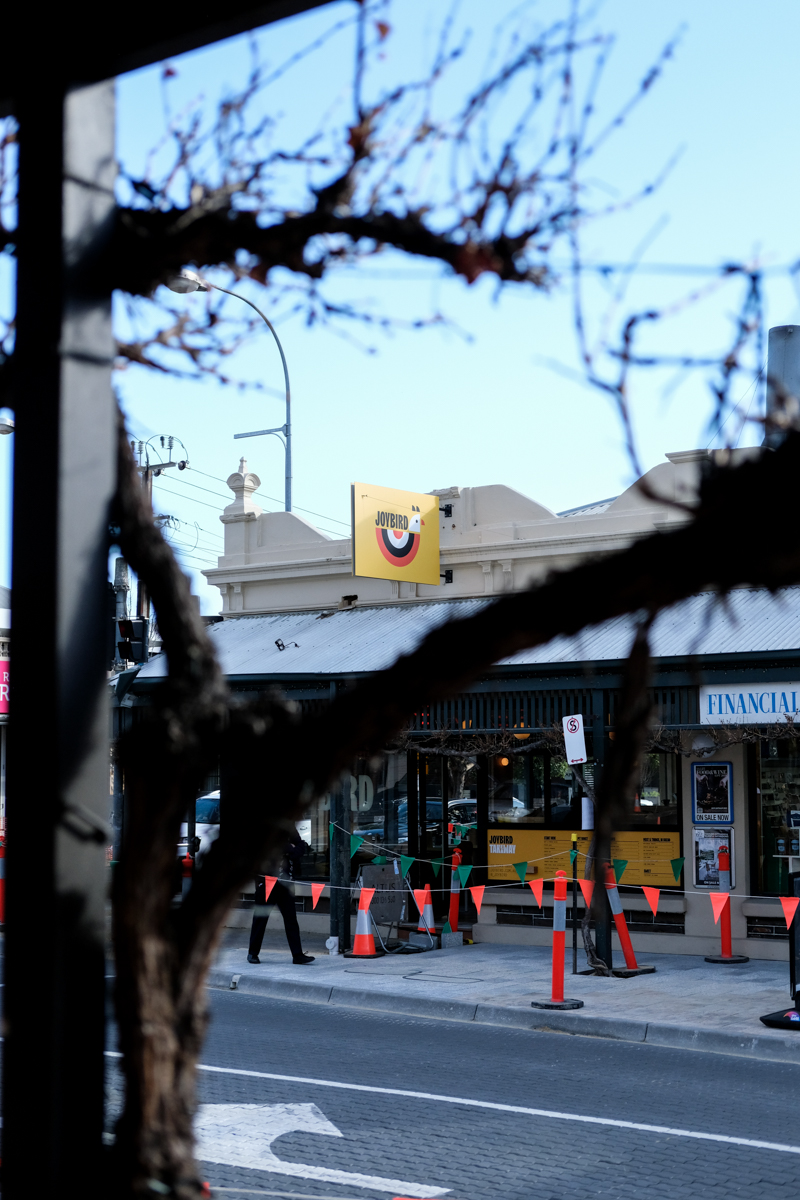 Simon says the decision to open an additional restaurant in the precinct was aided by council upgrades to the area.

“[King William Road] has been renowned for high end retail and eating. I guess it’s struggled with the move away from the suburbs and the focus on the city in the last 12 or 10 years. Obviously, the council upgrades are helping regenerate that and bring operators down,” Simon says.

“[Joybird] will also help the other businesses in the street. It brings more people, it feeds the area.

“I only see competition and other good operators as helping the business.”

While Simon says he’s not looking to further expand his restaurant empire within Australia, he’s considering rebranding Melt Pizzeria and Press Food & Wine – and he won’t rule out opening a chain of Joybirds further afield.

“There’s a lot of opportunity in South East Asia where the business model has a lot of potential upsides because of tax rates, wage rates and different incentives to look offshore,” Simon says.

“But [the Adelaide Joybird] would need to be closing on at least 12 months before we could make any big moves. We could start negotiating on potential opportunities when this is six months old.

“It would be Joybirds in different incarnations but it would essentially be focused on fire-grilled chicken and all the things that go with that on a simple, easy beer, wine and cocktail driven fun environment, which is what we pitched this at.”