For its first major event on its organic cherry farm and vineyard, Jauma is throwing a two-day cherry-picking party, with bands, DJs, food and drink vendors and a local-maker Christmas market. 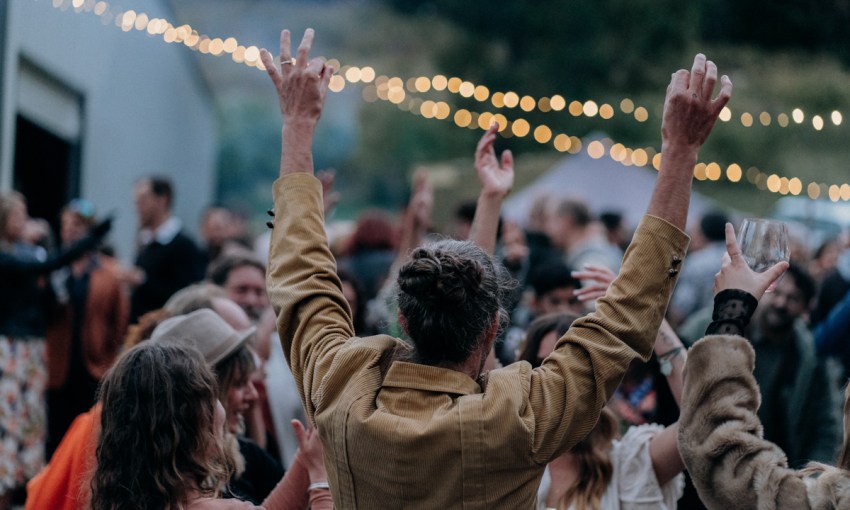 On the weekend leading up to Christmas, James and Sophie Erskine are opening up their Adelaide Hills property for JaumaFest – the first major event hosted by the Jauma wine label and farm.

The two-day happening will feature live musicians and DJs playing on Saturday 18 and Sunday 19 December, with cherry picking from 10:30am ‘til 6pm, a Christmas market operating 10:30am ‘til 3:30pm, and food and drink available right through until the festival ends at 8:30pm each day.

There will be wines from Jauma, beer from Bowden Brewing, and coffee from Dawn Patrol. Food will come from Sunny’s Pizza, Forage Supply Co, as well as dessert options from Hokey Pokey Ice Cream and some Jauma cherry doughnuts.

JaumaFest is also family-friendly, with a fairy garden set up on the property for kids, orchestrated by Mini Mad Things, which will also be hosting workshops.

The idea to host a festival came to Sophie and James last year while sitting in the cherry market stall at the top of their property. Sophie looked out at a small clearing of land and saw a potential festival site. 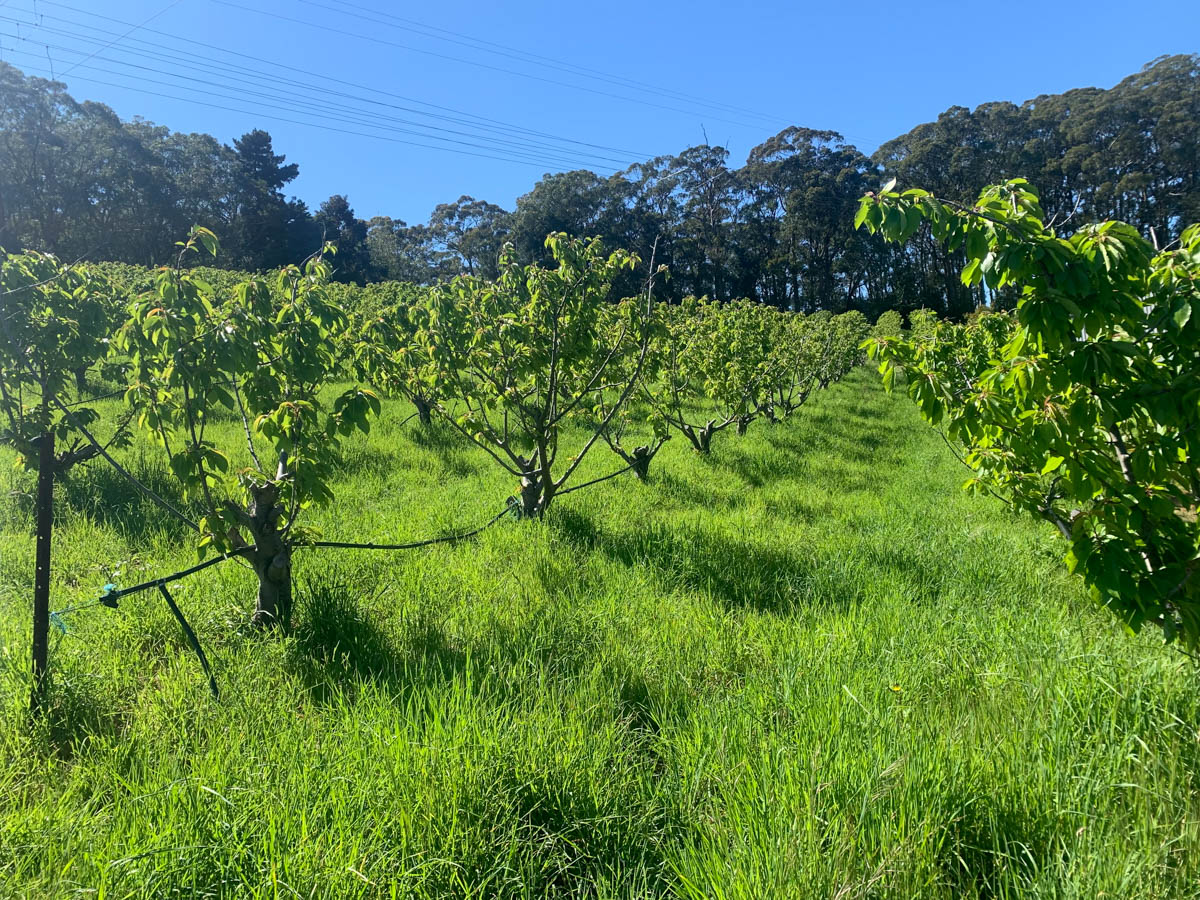 A portion of the Jauma cherry farm

“We were just sitting there going, ‘You know, if this had a grassy knoll, it’d be a great place to have people’, and then it just started evolving,” she says.

It was their third harvest at the farm, which they had bought with the intention of removing the cherry orchard entirely, then building a winery and planting a vineyard.

Jauma has long promoted organic and sustainable farming practices, and it was Jauma’s Swiss importer who pointed out to James and Sophie that keeping the cherry orchard was much more aligned to these values.

“He said, ‘You’re a dick. You are culturally important, that’s why I work with you – you cannot be farming a monoculture crop. You need to diversify’,” James says.

During their first harvest, Sophie and James discovered the cherry crop was also important to a lot of other people.

The Adelaide Hills Cherry Growers Association (CGA) puts out a map annually showing the locations of cherry orchards in the region where the public can visit and pick their own cherries. These visitors were a surprise to James and Sophie.

“We weren’t aware that there was a pick-your-own culture at all, and… they just come,” James says.

“So we did a few seasons of that, amidst fires and things like that. It was pretty interesting.”

Early in his winemaking career, James was part of the Natural Selection Theory collective, which was an instigator of the local natural wine movement. Given the winemaker’s predilection for promoting organics, he purchased the property hoping to bring these conversations onto land Jauma tended to and cared for.

Here, Sophie and James could demonstrate, not only through Jauma’s wines but through the landscape, what organic farming looks like and how it affects the site’s soil and ecosystem.

“[When] you’re in it and you have the opportunity to have dialogue… people are like, ‘Oh, I start to get it’,” James says.

Hosting seasonal cherry picking, though, was not conducive to these types of discussions. Despite the farm being listed on the CGA map as certified organic, only “10 per cent of people” were interested in engaging in conversations about farming practices.

“Everyone’s just looking for a cherry-picking farm and they don’t really mind where they go,” Sophie says. 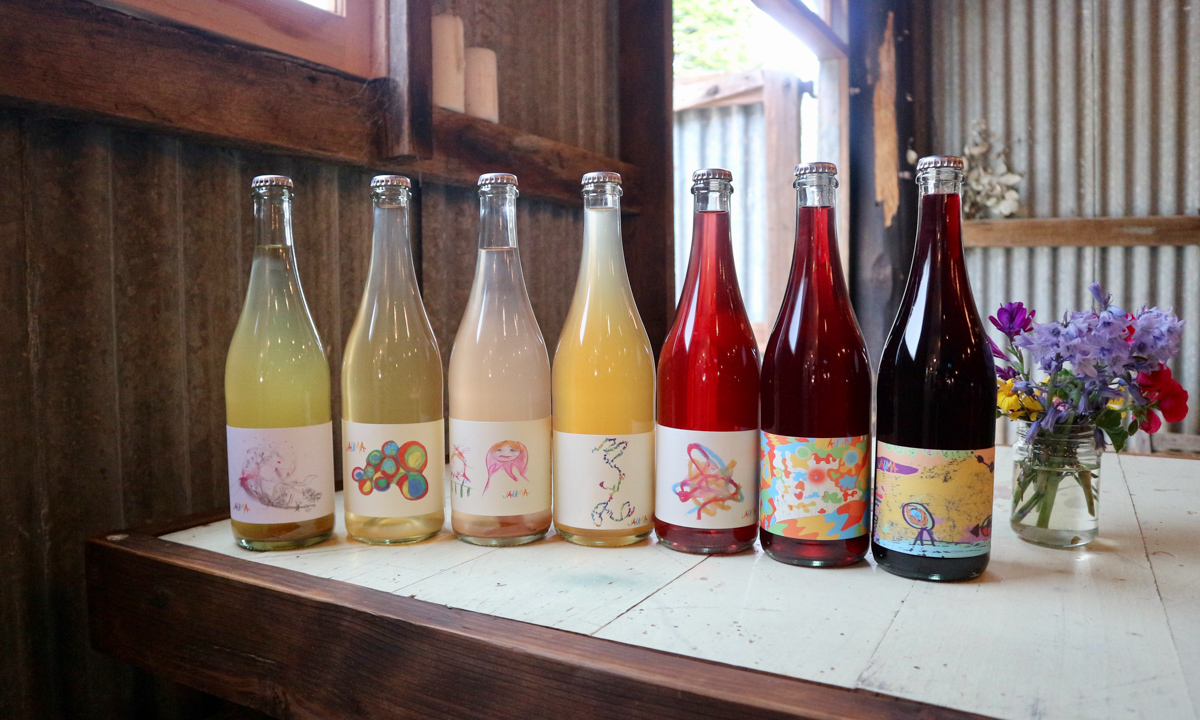 Jauma wines will be pouring at JaumaFest

Instead of hosting pickers throughout this cherry season, Sophie and James have instead designed JaumaFest with the twofold aim of getting cherries into the baskets of those who want them (in a more efficient two-day time period) and facilitating the conversations the two hope to have with the local community.

“I want people to leave here feeling more connected to nature, just from the very simple act of, you know, we don’t get to pick fruit from a tree very often,” Sophie says.

“The cherries bring out children in everyone, and kids love picking cherries. It’s just innate.

“Eating something in the place where it’s grown, sitting on the ground, connecting, sharing ideas, sharing stories, and feeling immersed in nature, I think that’s my biggest dream for when people come here, is they can get lost in a natural space.

“Any moment like that is so important for all humans, and just understanding the interconnectedness of everything.” 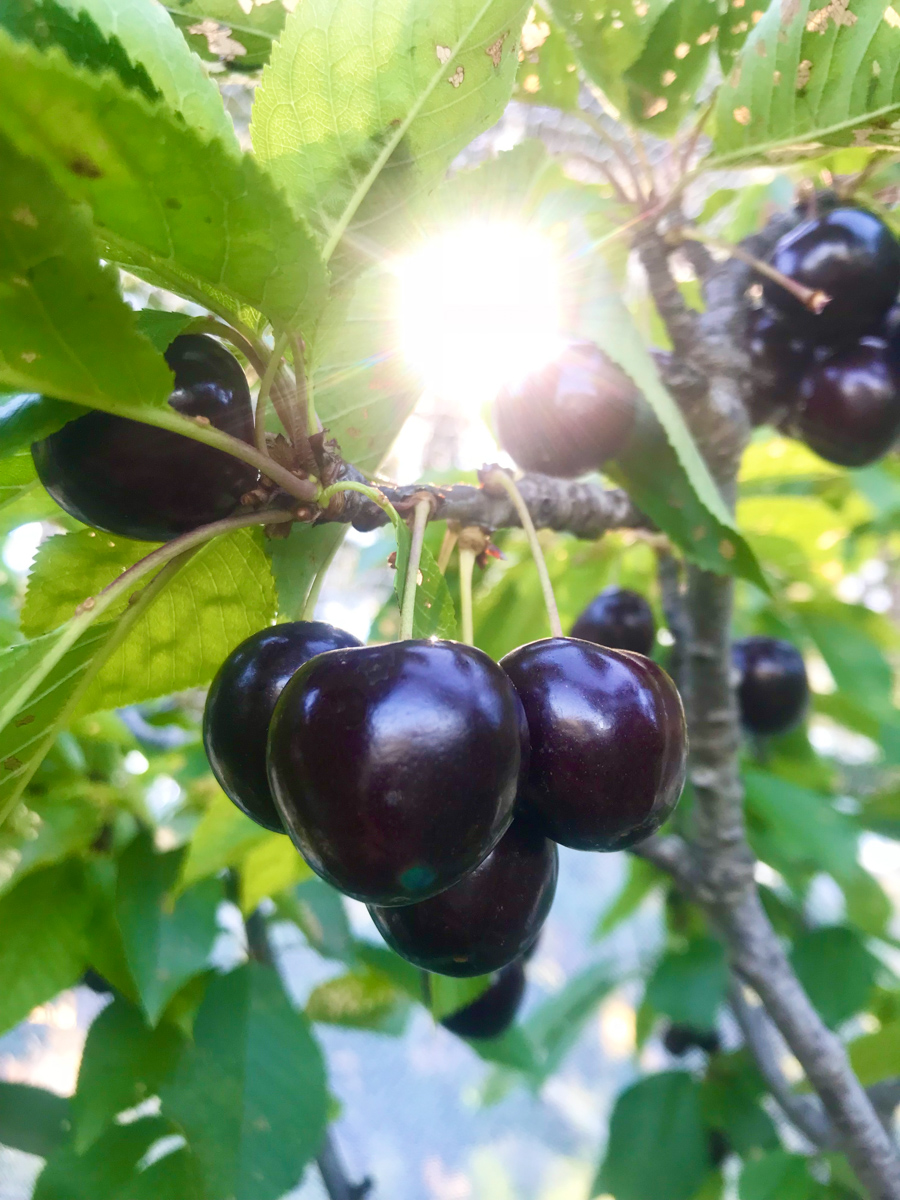 To program the JaumaFest musicians and the makers operating stalls at the Christmas market, Sophie and James reached out into their local Adelaide Hills network.

“I know a lot of really amazing craftspeople and artists, and so [it’s about] giving those people an opportunity. Most of them are local to the Hills,” Sophie says.

“We’re not charging for stallholders, it’s just come and bring your things, sell your stuff. It’s just another way of bringing different parts of the community in.”

Ultimately, Sophie and James hope JaumaFest will foster a deeper sense of community for those who attend.

“You need resistance in an ever-changing world. If you don’t build community, you have no support and you become an island,” James says.

“We’re already so anxious in life, just the way we live, and just to have that opportunity to sit down and cross-pollinate ideas and support structures, parenting ideas, be inspired to thrive.”

For more information on JaumaFest and to purchase tickets, see Eventbrite.