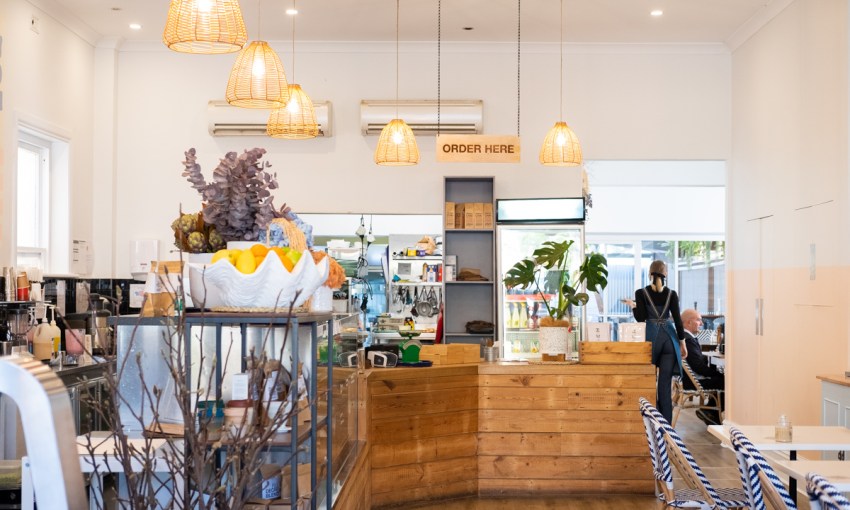 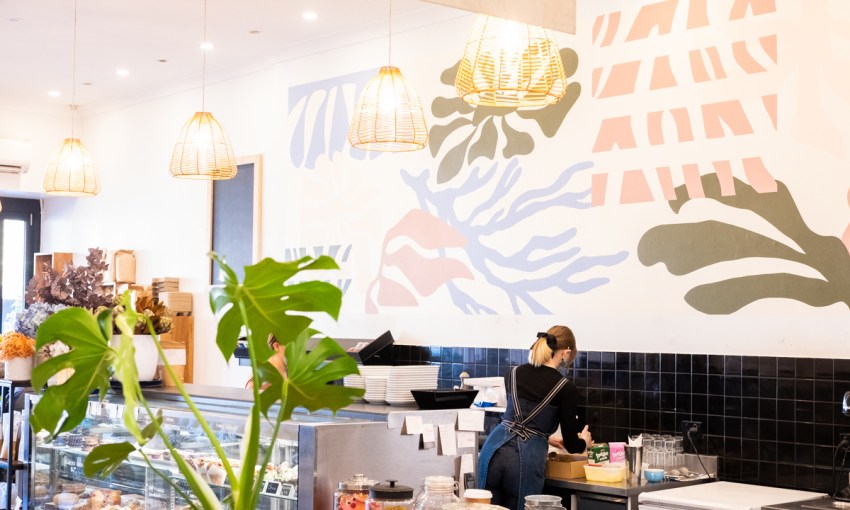 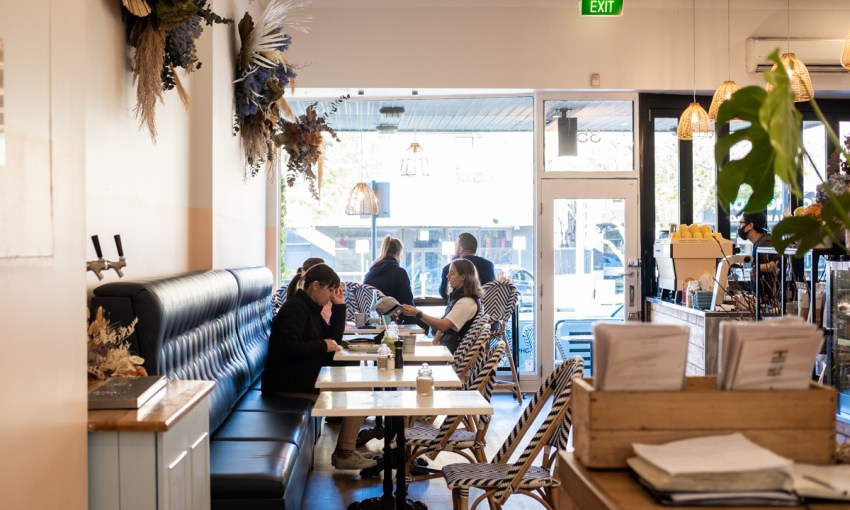 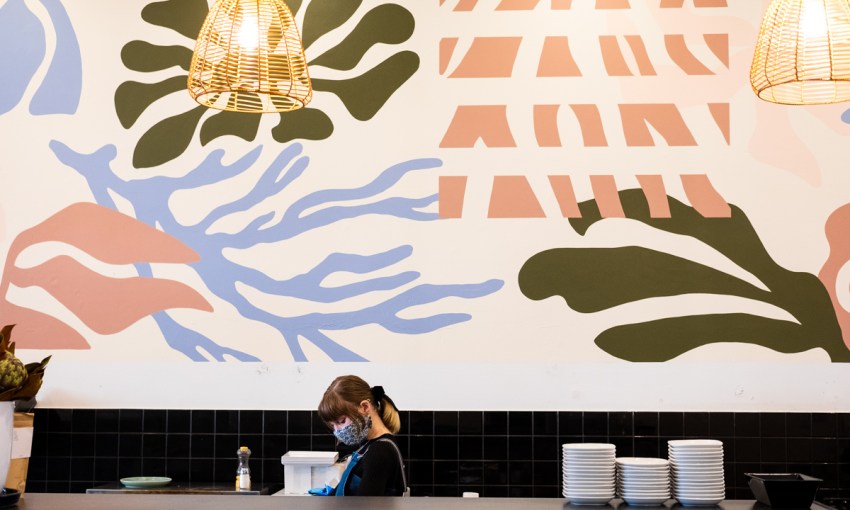 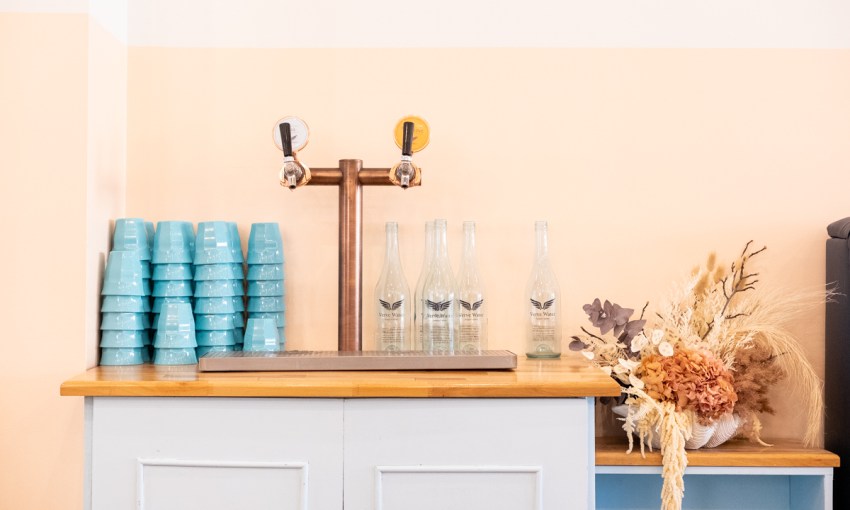 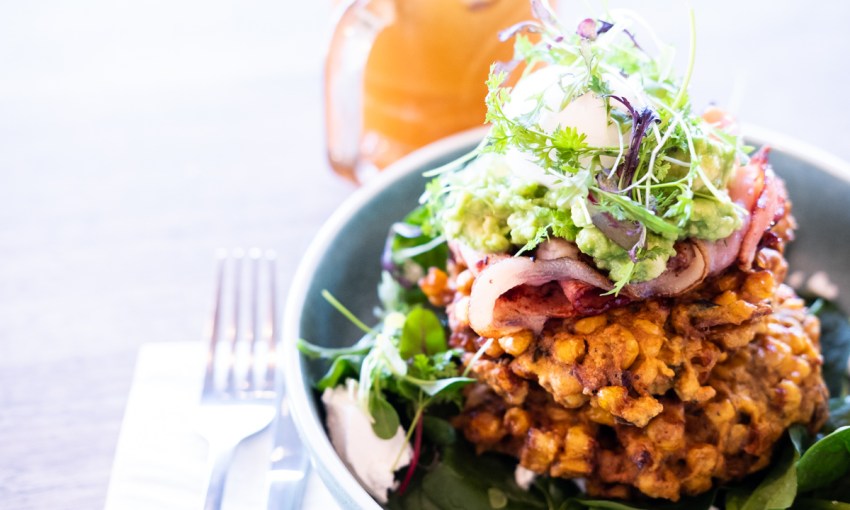 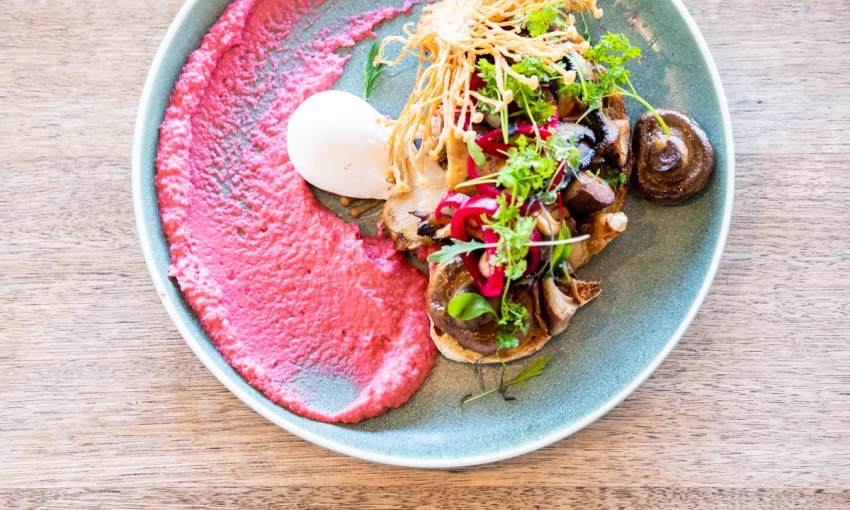 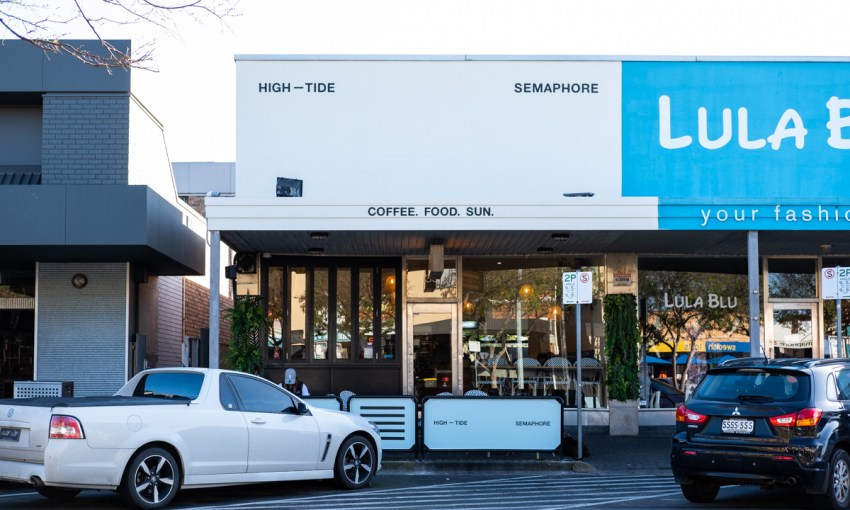 When Michael Cotton bought Whipped Bake Bar Café 12 months ago, he had no intention of keeping anything the same.

“Everything was sort of preparing for this moment,” he says. “I knew from the day I bought it that we’d have to refurbish, rename, rebadge and everything else.”

Whipped Bake Bar Café was first opened 14 years ago by the current owners of Crack Kitchen and The Loose Caboose, and was sold to Michael’s parents shortly after.

A year ago, when his parents were looking to sell the café, Michael decided to buy it off them with a total overhaul in mind.

“It’s a really nice space, but it just wasn’t being utilised properly,” he says.

“We’ve really brightened it up and added lots of plants and greenery.

“We’ve tried to turn it into a bit of an oasis; a summer in the middle of winter is what we’re really going for.”

The new look is decked out with flowers and plants by Port Adelaide’s The Lane Flower Studio, and is scattered with artworks and a mural by local artist Alex Bellas. 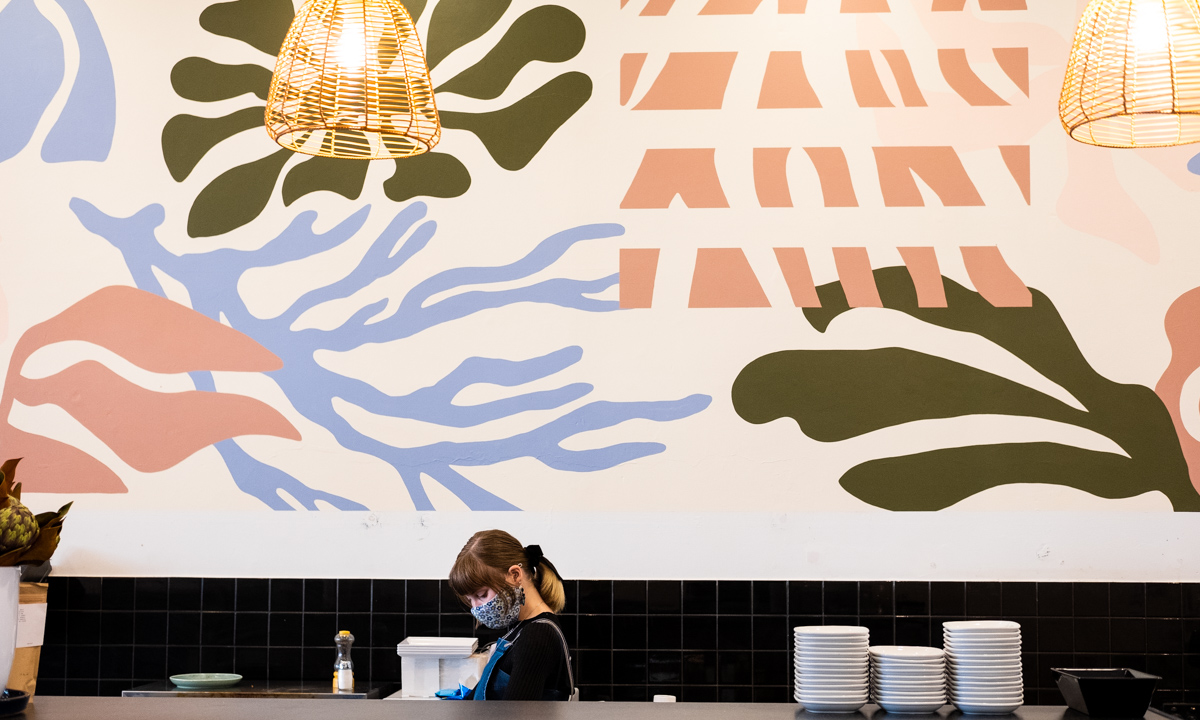 A section of High Tide’s mural by Alex Bellas

Michael says the new name High Tide is more fitting too, being 500 metres from the water at the beachside suburb of Semaphore.

“High Tide is relatable to the area, and I also think it’s the best time of day when the waves are crashing.” 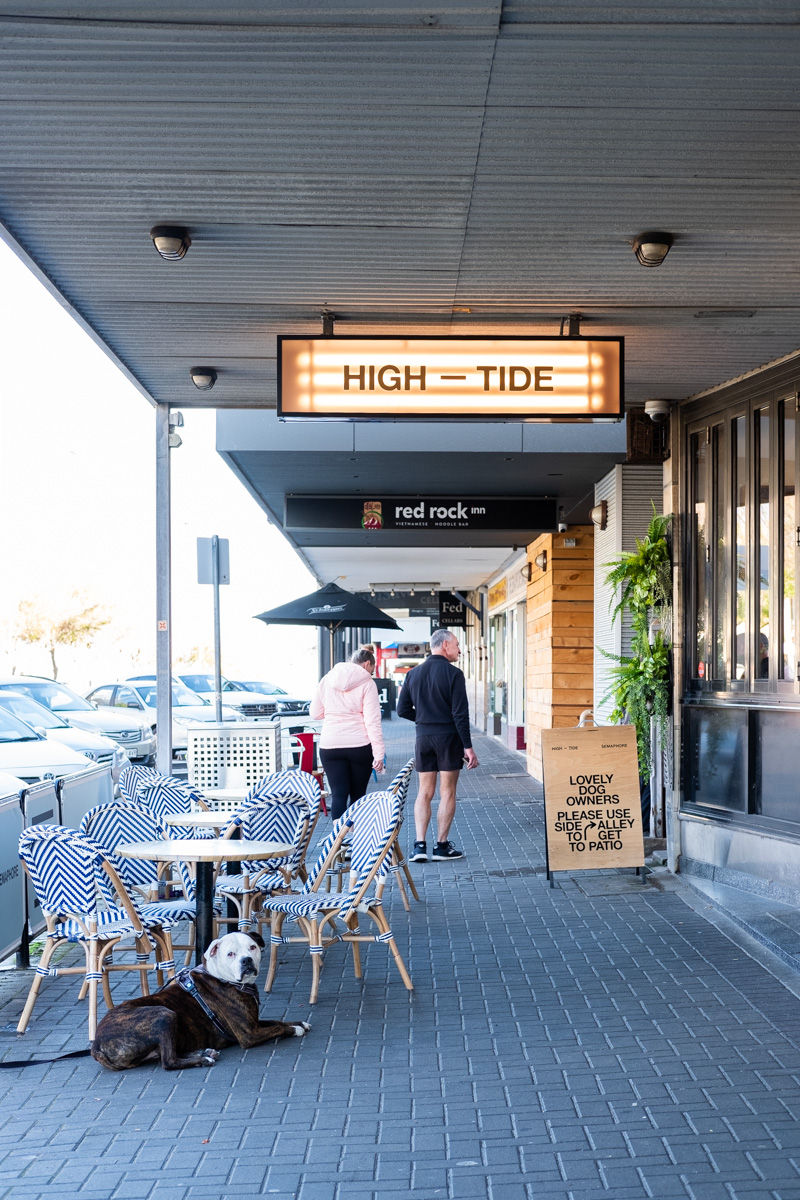 The new fitout and name comes with a refreshed menu that Michael says is more high-end than before, but also doesn’t aim to be too complex.

Made with seasonal fresh ingredients and local products where possible, customers can look forward to brunch classics, like eggs benny, to something a little different, like the beetroot and pumpkin bruschetta.

The changes come with the goal of attracting a new demographic and to keep up with modern times.

“We’re really trying to bring in that younger audience that does have that bigger palate,” Michael says.

“Port Adelaide has turned into a different place to what it was 10 to 15 years ago and is becoming a cool place to be.

“I’m watching these new high-rise buildings and apartments going in and eateries appealing to young people, professionals and families, while we were mainly catering to just the locals and that older generation. 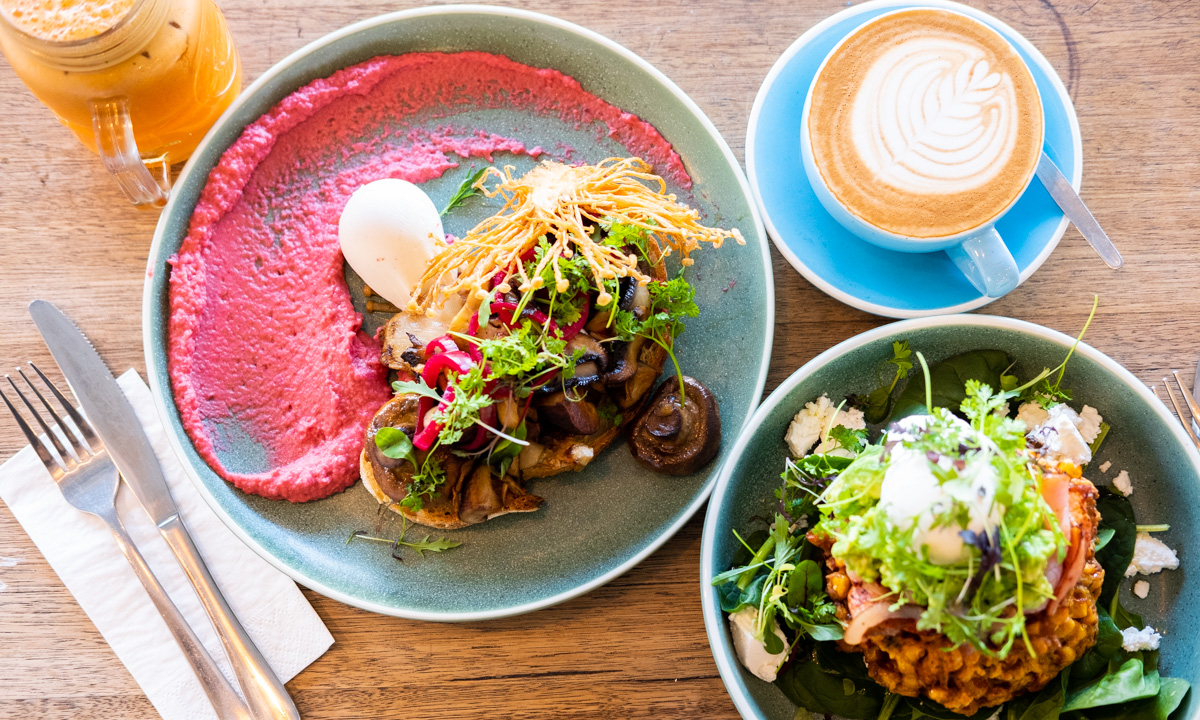 It’s a product Michael has brought over from Sydney, where he ran his own café.

After living there for 12 years, he decided it was time to move back home with a new baby on the way.

“A big selling point for my wife and I was the housing market in Adelaide and a better support network for the young ones,” Michael says.

“We’ve well and truly settled into that laidback lifestyle.”

Juggling two young children and a café revamp on the go, Michael says his team at High Tide have been fantastic.

“It’s been flat-out, particularly for the last three days of renovations where we shut, but it had to be done and I’ve got a really great team here supporting me,” he says. 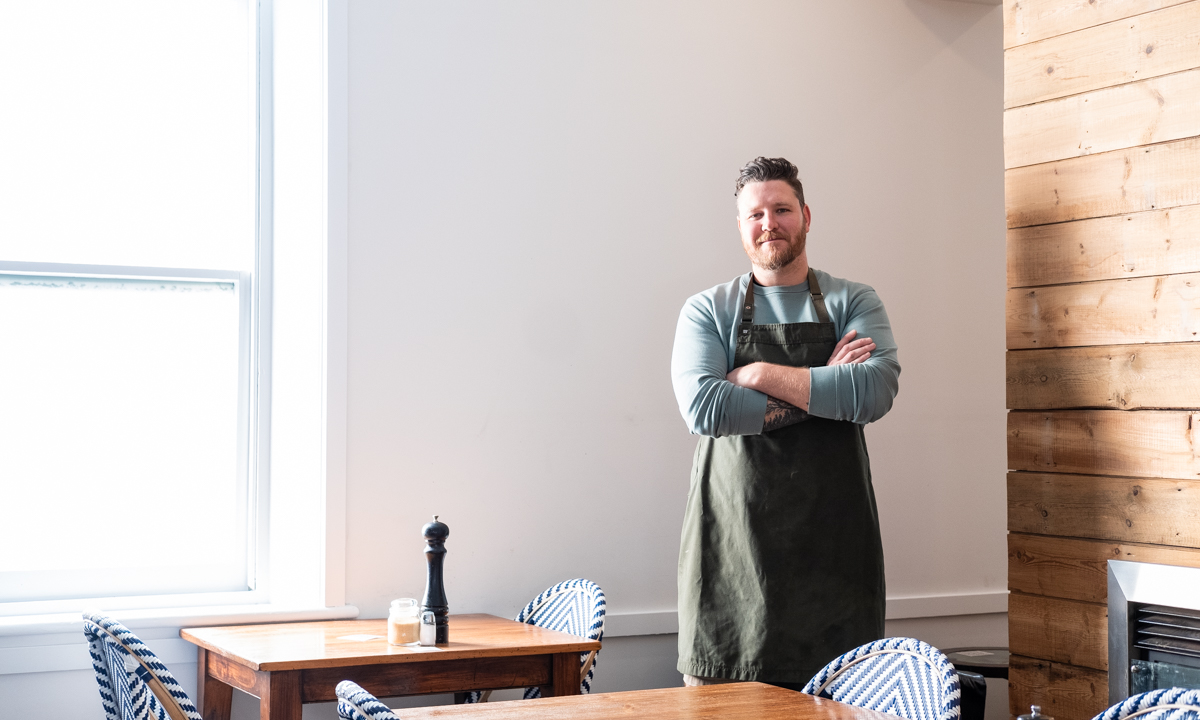 Michael says the looming threat of COVID restrictions has been worrying – as is the case for everyone in the hospitality industry – but not discouraging.

“It’s especially uneasy given what I’m watching a lot of my friends and hospitality crew in Sydney go through, and knowing at any moment it could happen to us, but I’ve just had to power through,” he says.

Michael sees great potential for High Tide as a function space in the future, with seating for 120 people and three very distinct hosting areas. But ultimately, he wants to turn High Tide into an institution that draws people to Semaphore.

“We want people to feel comfortable and warm when they come in, even if it’s raining sideways.” 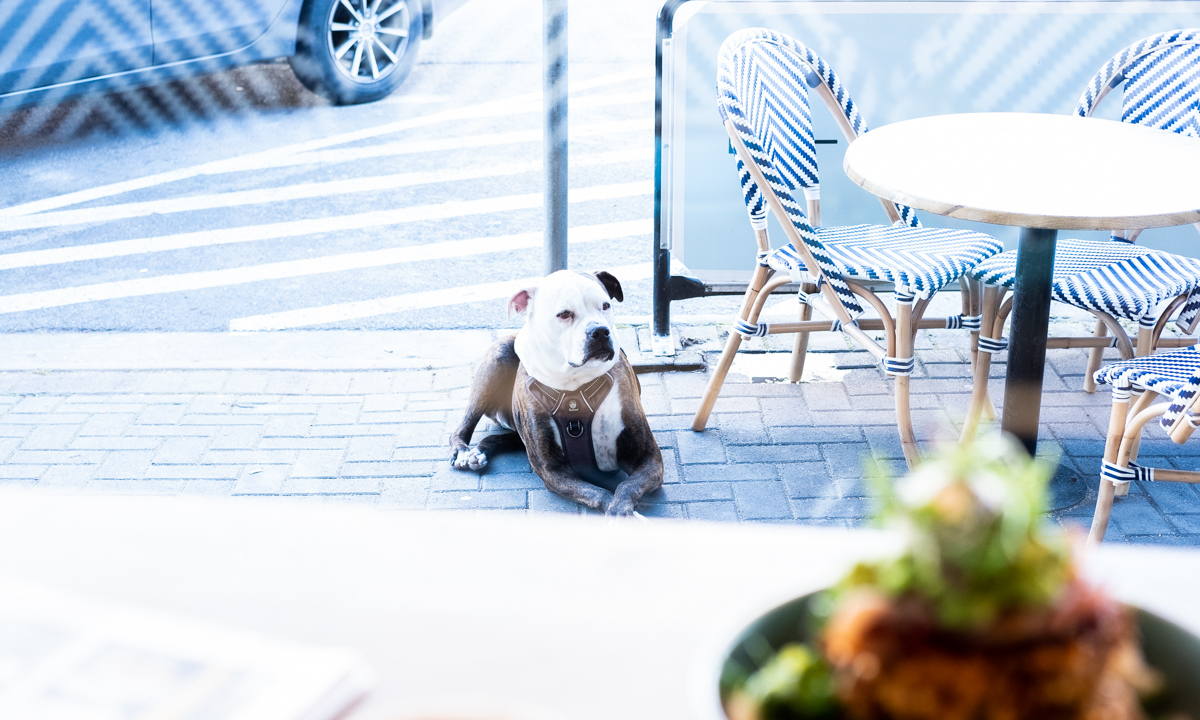