The next generation of boutique distilling in the Barossa is on its way. 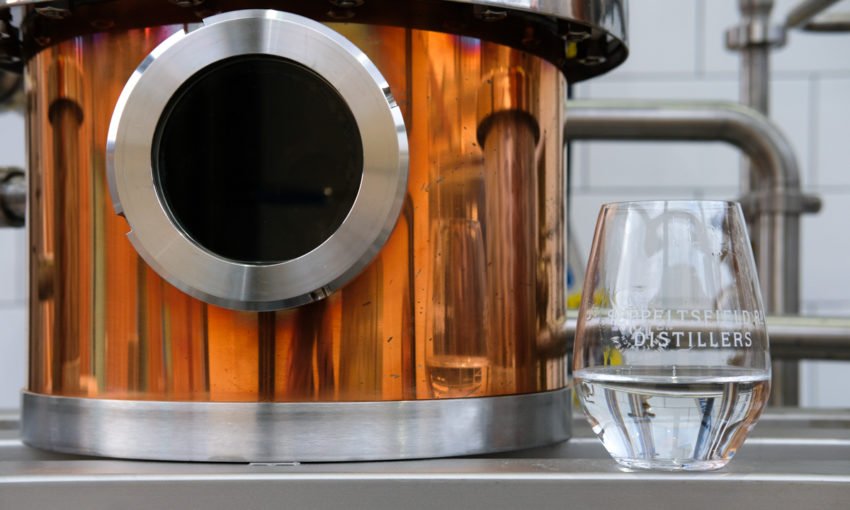 It’s a familiar story, Nicole Durdin tells CityMag, that when someone is in the throes of a career crisis, they are at great risk of becoming a distiller. So begins the story of imminent Barossa gin purveyors, Seppeltsfield Road Distillers.

“I’m an ex-police officer, classical musician,” Nicole laughs, when we ask about her history in the industry. Familial fate, however, may have played a hand in her new direction.

Seppeltsfield Road Distillers is set to open in July 2018. Keep an eye on their social media for updates.

You can also catch Nicole playing French horn with the Adelaide Symphony Orchestra during The Australian Ballet’s presentation of The Sleeping Beauty in Adelaide from 6-12 July.

“I’m seventh-generation Barossa, and my family have been involved in the wine industry for many years, many generations,” she says.

Nicole and her husband, Jon, were working and living in the UK when a lack of freelance work as a musician kicked off her fateful career crisis. The idea of buying a still and moving back to the homeland was raised, and within three months, the duo had bought a bock of land, a still from CARL in Stuttgart, and the wheels were set in motion.

In addition to Nicole’s freelance work playing French horn with the ASO, in the two years since embarking on this project, she has designed the first three gins to be released under the Seppeltsfield Road moniker.

The Barossa Dry is a “quite dry and juniper-up-front” style of gin, making use of local pink peppercorns and lavender; Savoury Allsorts is, as the name suggests, “quite aniseed,” Nicole says, and features “star anise and licorice root in it, but it’s also got fresh thyme… which gives it a really nice herbaciousness, and there’s also some borage and some gentian root in there, which give it a bit of a middle-filling savoury aspect to it.”

The third in the lineup, House Gin, has been created with the intention of winning over the few drinkers left in South Australia yet to warm to the spirit.

“Our House Gin is a lot more approachable. The juniper is a bit more subtle in that one, it’s got some fresh orange and some fresh grapefruit in it, so it gives some lovely sweet citrus characters, there’s a little bit of cinnamon in there, so it’s got lovely warmth, but it’s also got blue cornflowers,” Nicole says.

Jon and Nicole Durdin in front of Christine, the CARL still.

The opening of the distillery is currently slated for July, and when it does, Nicole and Jon hope their presence will feed the resurgence of stills across the Barossa.

“The Barossa’s actually got quite a long history in distilling, but traditionally brandy,” Nicole says.

“Seppeltsfield, Yalumba, Chateau Tanunda all still have their big brandy stills. But Seppeltsfield’s hasn’t run since 1969, Yalumba turn theirs on once every couple of years.

“It’s kind of nice to [bring it back], for everybody who grew up in the shadows of Tanunda Brandy, or Barossa Brandy, or even Seppeltsfield Hospital brandy.

“We want to do some work to bring premium brandy back to the Barossa… even the possibility of doing single-vineyard brandies.”

“That’s the model that we see for small-scale brandy, with single-barrel releases,” John continues, “so we can tell the story right form the vineyard, through the winemaker, the barrel, the history of the barrel, and then our process through to take that into a super premium brandy product.”

Seppeltsfield Road Distillers, like their Nuriootpa neighbours, Durand Distillery, are evidence of the slowly evolving boutique spirit scene in the Barossa, and it is Nicole’s hope that they’re only the start of a larger movement.

“People don’t come to the Barossa for one winery, they come here because there’s lots, and to create our own gin distilling trail within the Barossa would be amazing,” she says.

“One of the great things about gin is it’s a world of endless possibilities. We could have five distilleries in a row next to each other and we would all be making completely different products, which is really exciting.”