In a cosy shopfront looking out over a lush green reserve, Frankly Bagels is serving flavourful bagels and donuts in Prospect. 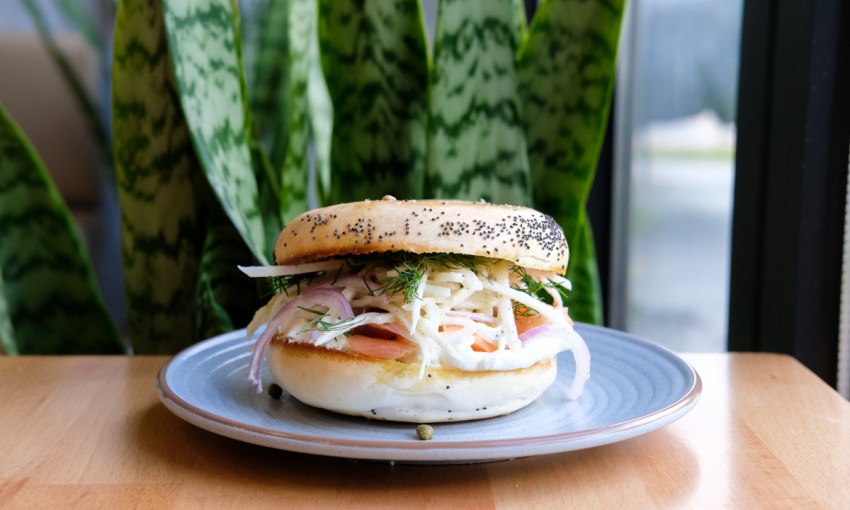 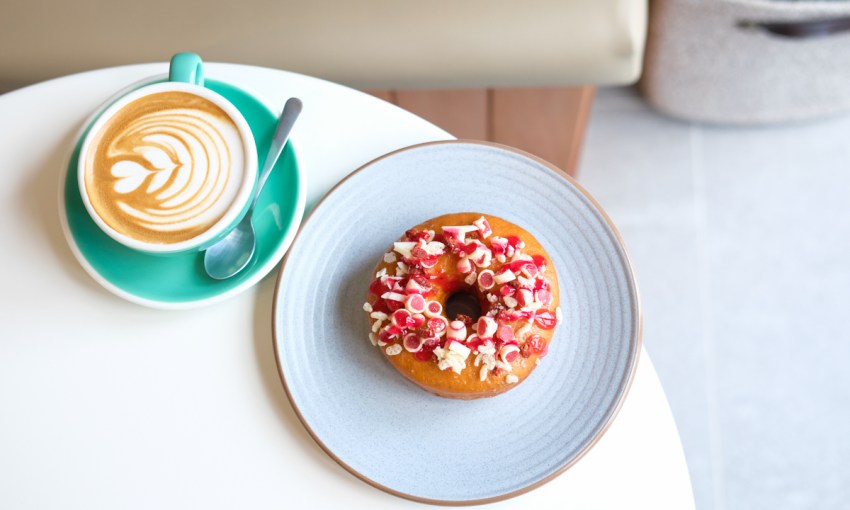 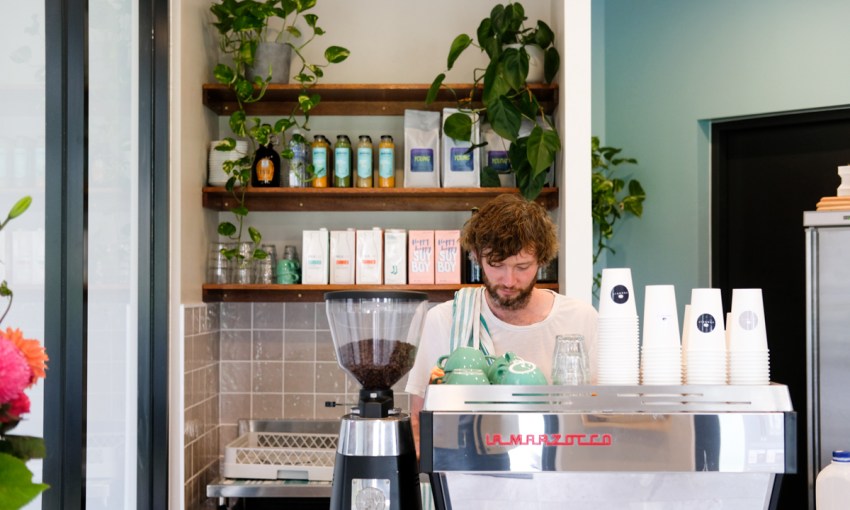 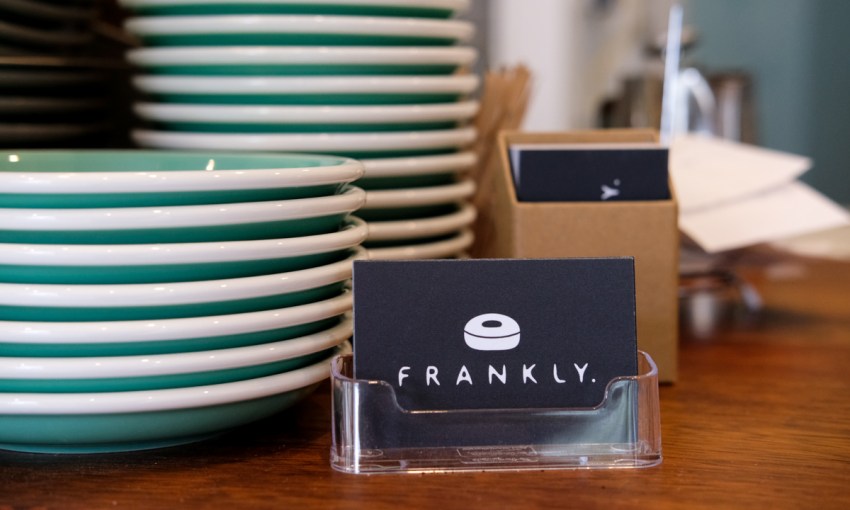 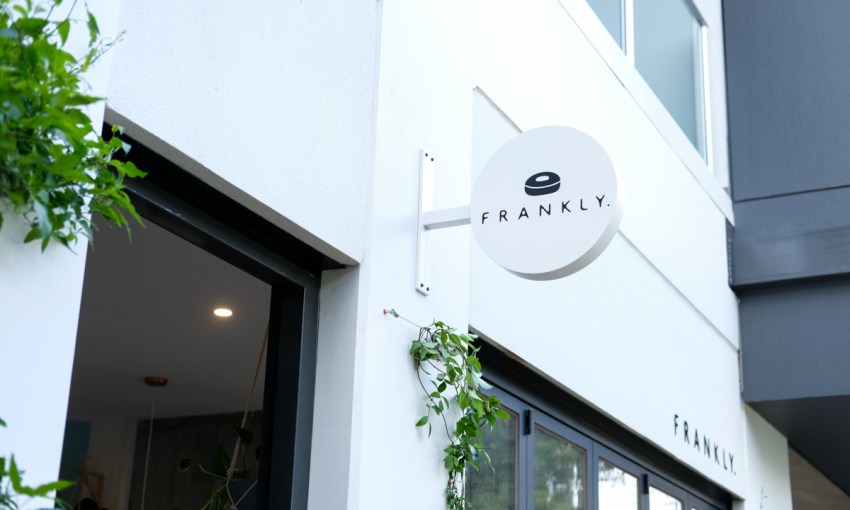 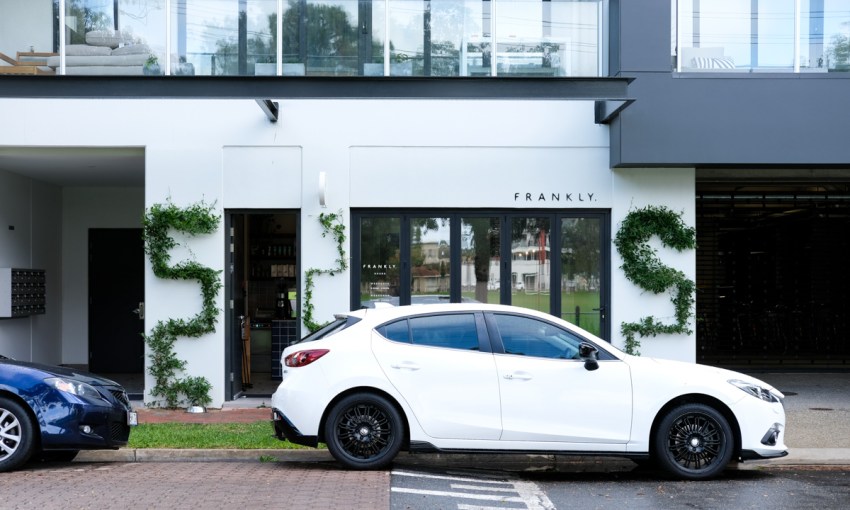 At 10am on Friday morning, wind sails down Belford Avenue in Prospect past Frankly Bagels, where the café’s owners, Christie Wilkinson, Jack Crichton and James Donnelly, take a quick break after the morning rush to chat to CityMag.

The shop officially launched the day before, on Thursday, 30 April, and offers warmth and respite from the wind, and a view through the shopfront window onto Parndo Yerta Charles Cane Reserve.

There is a menu of 10 bagels, a short list of additional breakfast items, and a sweets cabinet lined with donuts and a selection of cakes from Swedish Tarts.

It’s Jack’s ambition that Frankly Bagels’ range of breakfast and lunch options is both familiar and comforting.

“I don’t think anything’s original up there,” says Jack, who also currently works at Sunny’s Pizza, motioning to the menu board.

“I’m not trying to dance on any lines of order and chaos, I’m trying to make something people like.”

“The chicken one, it’s a take on a classic English chicken sandwich,” Christie elaborates, “the one’s you get in white bread with the crusts cut off into squares.

“[We’re] using local products, making sure that what people walk out the door with is something that is really tasty and delicious.”

In the day and a half Frankly Bagels has traded, the two avocado options have been the most popular – the #2: avocado, bacon, herbs and toasted seeds; and the #4: avocado, pesto, cucumber.

The #3 – salt beef, pickles and hot English mustard – is a riff on a cult favourite from Beigel Bake in London, which Christie and Jack took inspiration from while on a trip to Europe.

CityMag is served the #5 – smoked salmon with labneh, remoulade, topped with capers and with dill layered within.

The prices range from $7—$14, and the portion sizes are generous.  The coffee on pour comes from CBD roastery Elementary.

Frankly Bagels will also offer a new range of donut toppings each day. 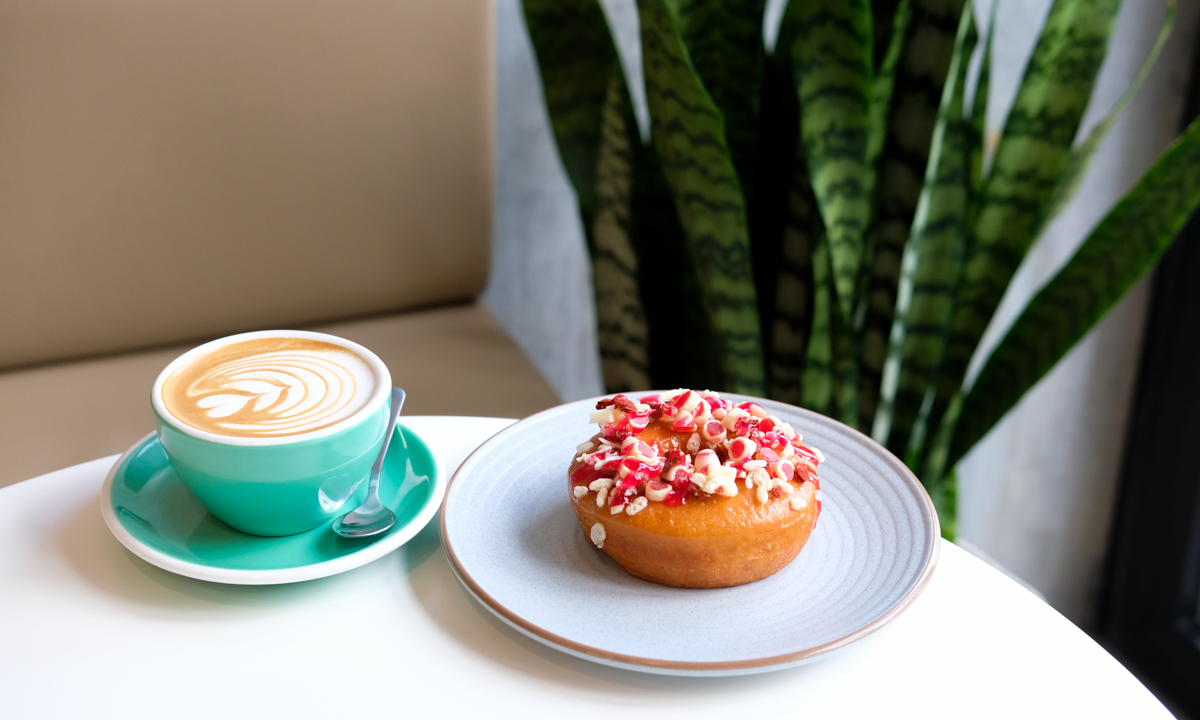 The shop is an oblong 36sqm, which presented challenges in the fit out – particularly behind the counter.

The team had hoped for a more elaborate kitchen set up, but instead Jack has been using the Sunny’s kitchen for prep. They also don’t have the space yet to produce their own bagels, and are instead purchasing from Marleston bakery Bagel Boys.

Before returning to Adelaide three years ago, Christie and Jack operated a café in Darwin called The Lucky Bat, which they founded with Jack’s brother, Danny.

The Lucky Bat started as a single-shopfront café but over the years has expanded and taken over three shopfronts, and now also operates as a wood-oven pizzeria.

While physical expansion isn’t on the cards at this Belford Avenue shopfront, the trio does hope to build on the Frankly bagels concept as the business gets settled.

“We’d like to have [a space] like Mile End Bagels, they’ve got a whole bakery dedicated just to making bagels, with a woodfire over, they do it legit,” Christie says.

“Phase two,” Jack smiles. “If this keeps going, if people come in and we can survive, then that will be the goal, to bake our own.” 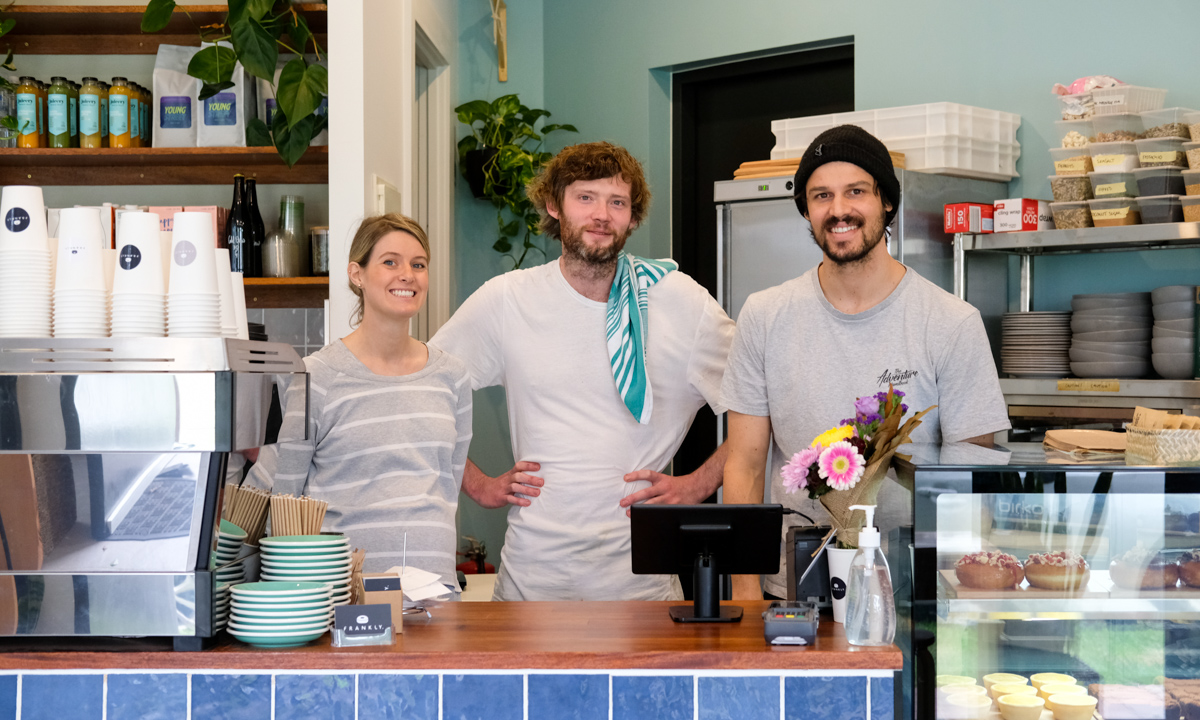 Most importantly though, they want their business to become a meeting point for the local community.

“The idea of this space was to create a neighbourhood community, and there are so many people around, we thought they just need a spot to congregate,” Christie says.

“And it really happened yesterday. It was so awesome to see. People were like, ‘Oh, hey!’ bumping into people they know.”

Frankly Bagels currently operates from 6:30am ‘til 2pm Monday to Friday, and 8am ‘til 2pm on Saturday and Sunday.

The bit about COVID-19

The apartment complex that Frankly Bagels exists in is a recent build. Construction finished in November last year, and Christie, Jack and James were handed the keys to their tenancy in December.

It wasn’t until mid-March the shop was ready to open – just as the harshest restrictions on social movement were implemented, to curb the spread of the coronavirus.

“The first discussion was, how long can we afford to keep the door shut for?” recalls James, who has also kept his day job as a pastry chef at The Caledonian.

“And then, because we weren’t open, we were like, ‘Well, we’re not entitled to any government support. We’ve still got liabilities. How much money do we have to throw in? We all could potentially not have a job.’”

“[But] once the takeaway model established itself as being viable,” Christie says, “we were like, ‘There’s no point not opening. It’s working for other people, it could work for us. We’re better off trying it out at least.’”

While they were anxious, James says the project gave him something to focus on that wasn’t the “the world descending into chaos.”

“It’s been good,” he laughs. “It’s been an escape from everything.”

So too for Prospect locals – while many customers have left the shop wishing the Frankly team well under the precarious trading arrangements, the majority have been excited to finally have a new place to stop for coffee and food.

“We did have some people who came for breakfast and they came back for lunch. So that was nice.”