Winemakers Jordan Hein and Bevan Ferguson have moved into the former Little Bang space in Stepney to create Ferg's - a dual cellar door that will house both Moorak and Massey Wines. 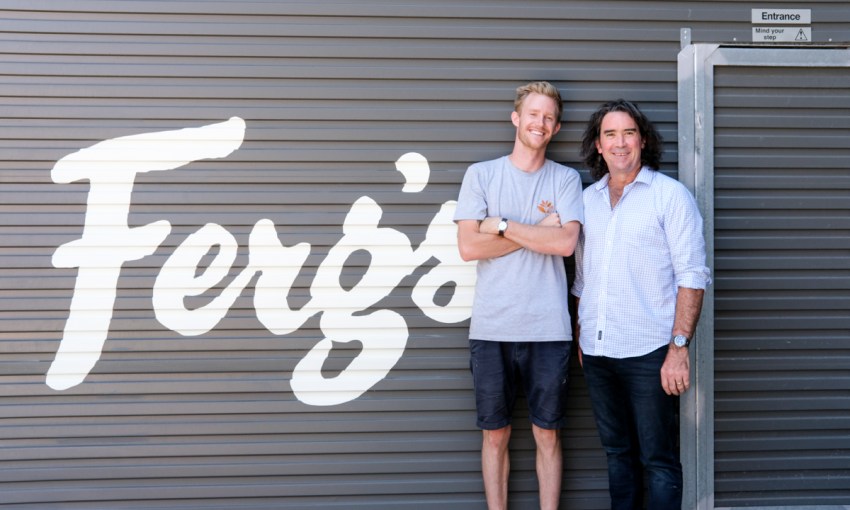 With Little Bang Brewing now moved to their new digs at 25 Henry Street, a sizable vacancy has been left a block over at their former Stepney residence on Union Street.

CityMag visits the hollowed-out site to meet two winemaking cousins, Jordan Hein and Bevan Ferguson, who are in the process of fitting the space out as Ferg’s: a dual cellar door that will house their respective wineries, Moorak and Massey.

Minor alterations have been made to the space to ensure it’s fit for function as a winery (if only for blending, bottling and barrel storage), as well as a hospitality-focussed point of contact for their brands.

“We didn’t want anything contrived, because we will be working here on the wines. So in a sense, we needed to keep two halves of this space in that way,” Bevan says.

“The concept of Ferg’s is that we wanted the name to sound like someone you were familiar with,” says Jordan, who also works at CBD wine bar Proof.

“In terms of fit out, that kind of clean, vibrant, bright timbers and kind of warming up the space, of which is concrete walls and concrete floors, so bringing a bit more life in.”

Andrew Eden (Frame Creative) has designed the space, the material build will be completed by Jordan’s dad, who owns a kitchen manufacturing business in Mount Gambier, and the installation will then be completed by a cabinetmaker mate of Jordan’s. Ferg’s is slated to open in late March. 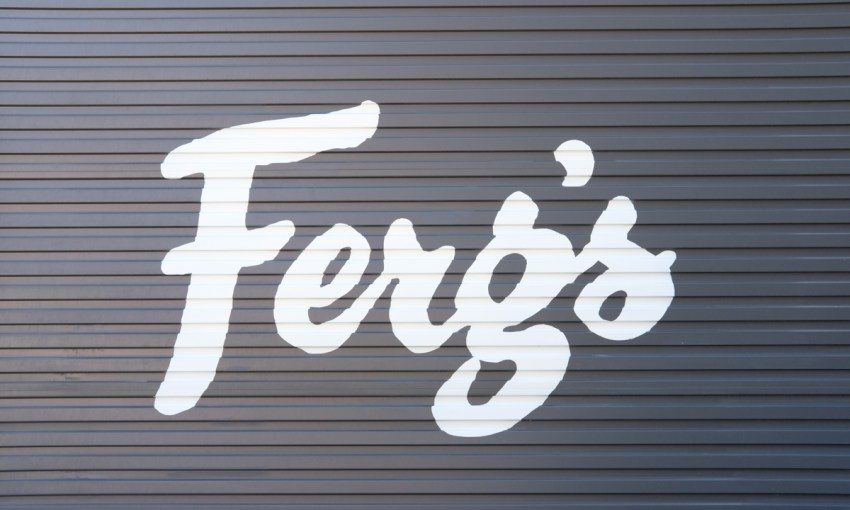 There is more than a decade’s gap in experience between the two winemakers; Bevan has been in the game for 20 years and launched Massey in 2005, while Moorak debuted in 2018.

Jordan completed Moorak’s first vintage in Bevan’s Balhannah winery (where the majority of Moorak and Massey production will still occur), and while their teaming up has been instrumental in the founding of Moorak, the benefits go both ways.

“I’m getting old and stuck in my ways of how I want things done,” Bevan laughs.

“It’s good, it’s healthy for me to get a bit of a gee-up and look at things differently again.”

The two labels produce very different styles of wine; Moorak’s philosophy leans toward lighter, more fruit-forward styles compared with Massey’s classic varieties. This combination will give Ferg’s a broad offering, and both Jordan and Bevan hope to win over the die hards in each other’s niche.

“We can attract all audiences into the one space,” Jordan says. “The younger fruity wines, and the more sophisticated, elegant shiraz and that sort of thing, they go hand-in-hand, I think.”

Adding to the dual wine offering, Jordan and Bevan have worked with Imperial Measures Distilling to create a house gin, soon to be released under the Ferg’s moniker and pouring exclusively at the cellar door, and they’ll also work with Little Bang on a collaboration beer.

“Having that offering as well, if you’re just sticking within the wine market, people get wined out and they just want a cleansing ale or a gin when it’s really nice and hot. So why not?” Jordan says.

The duo also intend to host guest producers at Ferg’s – those who don’t already have a cellar door presence.

Ferg’s food offering, in addition to cheese and charcuterie boards, will continue the Little Bang tradition of bringing a rotating roster of food trucks to the site.

“What Little Bang were doing was fantastically successful, so we’re going to take as much as we can from that, and do it in our own style,” Bevan says.

There’s still a lot of work ahead before the space is ready for visitors, but Ferg’s promises to be a fitting addition to the Norwood Payneham Saint Peters food and beverage scene, and a welcome continuation of craft-focussed small business for the Union Street space.

Stay tuned to CityMag in the coming weeks for the Ferg’s reveal.