The concept behind Diaspora Kouzina, the Greek eatery recently opened in an airy space on Pulteney Street, has fermented in restaurateur Peter Louca’s mind since 2011.

At that time, Peter’s parent’s restaurant of nearly sixty years, Parade Fish Café, had closed, and it felt like the right time to start something of his own.

Rather than falling too far from the family tree, Peter decided to stay in the seafood game, opening Louca’s Seafood & Grill, which was first founded on Hutt Street in 2011 and moved to its current location at the corner of Pulteney and Wakefield Streets in 2016.

But the idea of a home style Greek kitchen persisted in Peter’s mind, and it became clear in the two years since his business moved into the area that there was room for such a concept in the local market.

“I just noticed there was a lack of options close by, within this precinct. I always like getting away and getting a coffee and getting a bit of a snack somewhere, and there just wasn’t many options,” Peter says.

A space became vacant two doors down from his business, and Peter, alongside his business partners Angela Papas and Katerina Nikou, finally brought Diaspora into reality.

“It’s basically a patisserie, bakery, café all rolled into one. It’s a café concept, but the food is all baked on-premise. Everything that you see in that cabinet, from the sweets, to the savouries, to the pastries, to the biscuits, everything is made here,” Peter says.

“I remember years ago, when Cibo first opened, I used to love going there because the food was good and the coffee was fantastic, and it just had such a great feel and vibe to it, and all of Adelaide embraced it.

“I think this is maybe a Greek version of it, back where that started where the food’s really authentic and the coffee’s fantastic.” 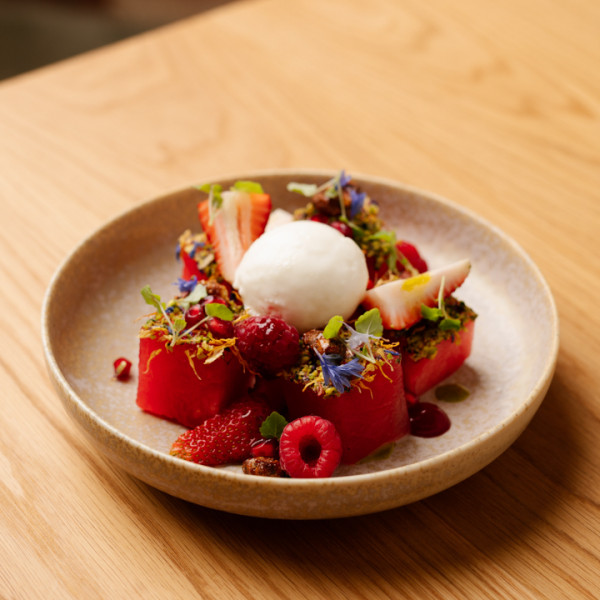 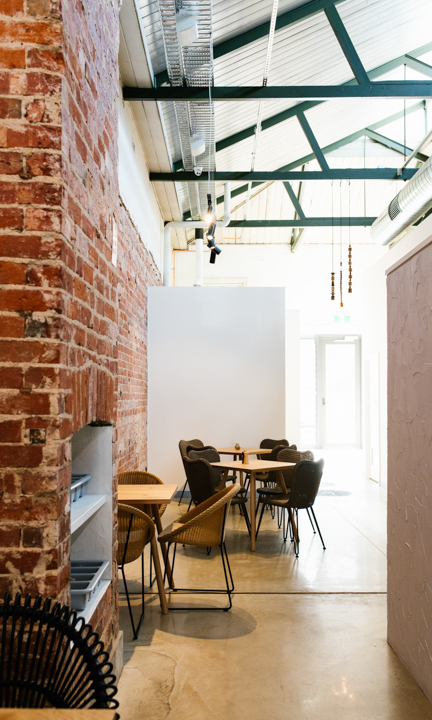 While there are persistent symbols of Greece throughout the space – ‘YIASOU’ is carved into concrete in gold lettering, a blue and white doorway juts out from the exposed red brick, and it’s hard to ignore the gemista, kataifi rolls and spanakopita beckoning from the front display cabinet – Peter stresses that he is not offering what some might understand to be traditional Greek fare.

“Our breakfast and brunch dishes that we do have just got that little bit of a Greek twist to them, whether it’s using Greek cheeses or Cretan honey, we just like to put those ingredients in there to give it that feel.” 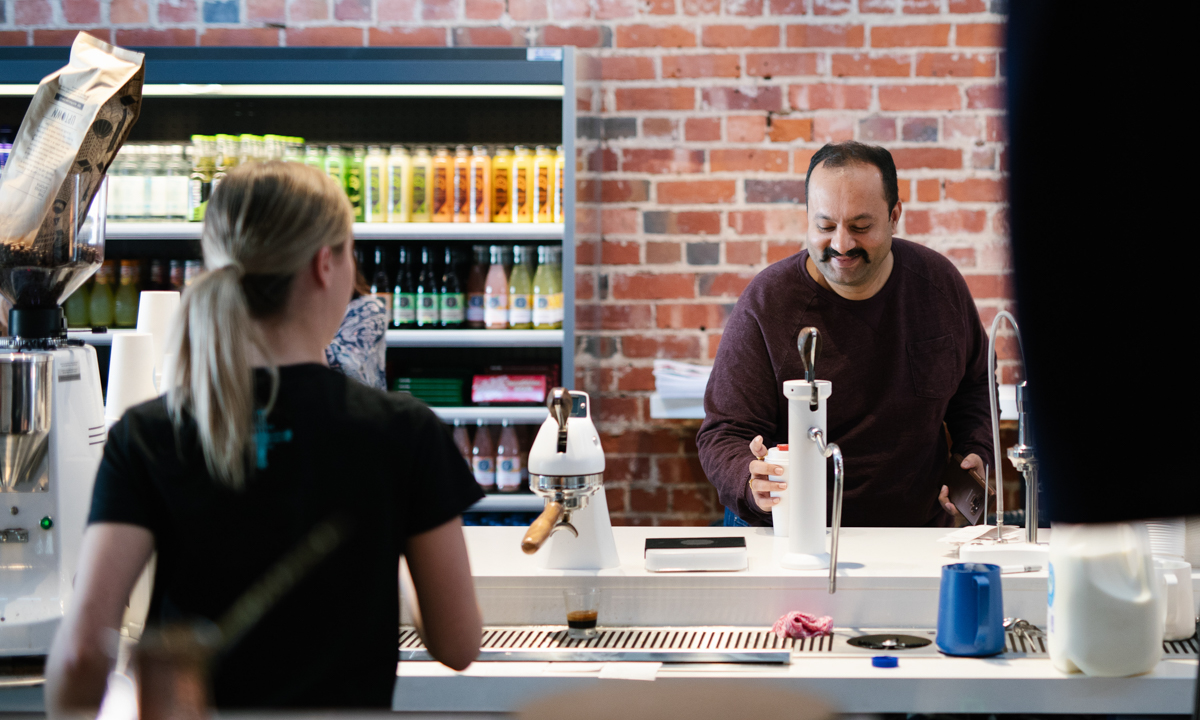 A La Marzocco Modbar set up removes the clutter of an above-counter coffee machine.

Coffee is also a particular point of pride for Diaspora, and alongside the traditional espresso fare Peter has also made a point of bringing quality Greek coffee offerings to his customers.

The café’s traditional briki-made Greek coffee uses a locally roasted coffee from roasters Uptown Coffee (i.e. not the stuff in Yiayia’s cupboard), and frappes and freddo are made with authenticity in mind.

“I’ve even gone to the trouble of bringing in a Greek milk that they use for the freddo cappuccino,” Peter says.

“Just so when people have it, they’re getting the real deal sort of thing. We’re not substituting it with anything. They’re nice little touches that hopefully people appreciate.”

Hospitality is in Peter’s blood. He smiles as he says he was “literally born under the counter” of his parents restaurant. His lifetime spent serving people with kindness and consideration is evident in the attention to detail evident throughout Diaspora, all in the name of creating a comfortable and welcoming house of great Greek food.