A brewery specialising in traditional European beer styles will open at the former University of Adelaide Thebarton campus, with a taproom designed by studio -gram and a brewhouse run by a former Mismatch brewer. 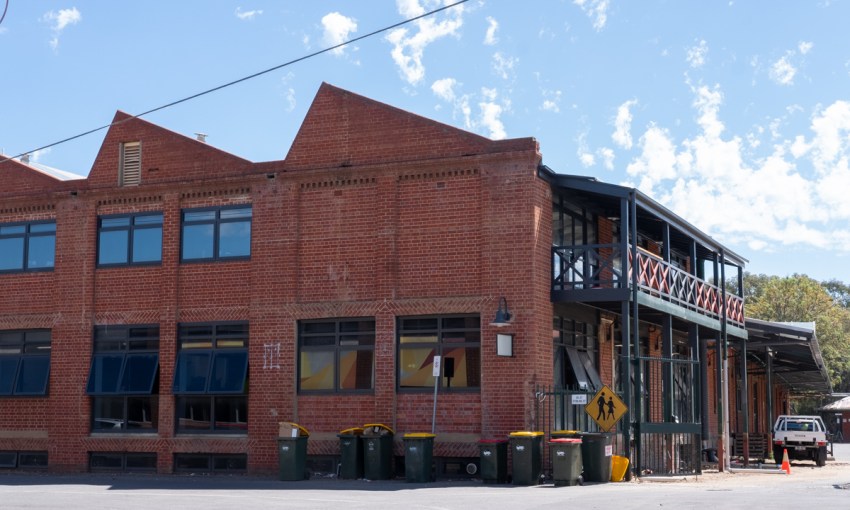 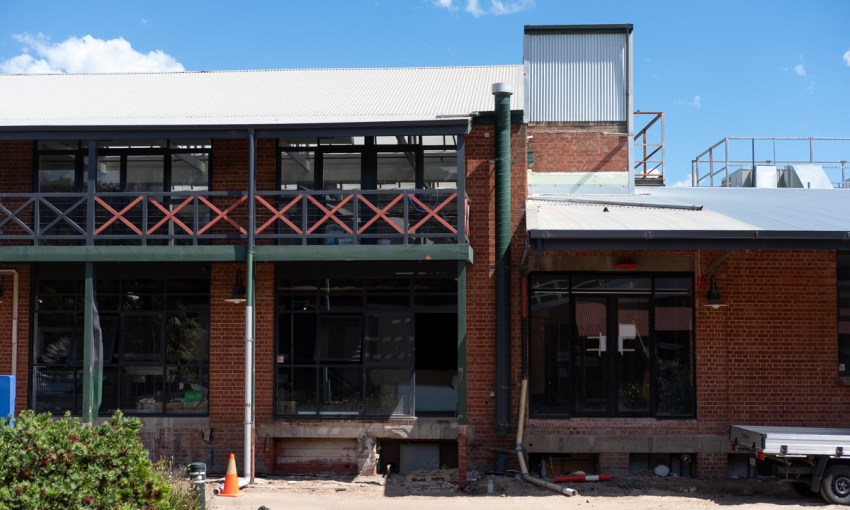 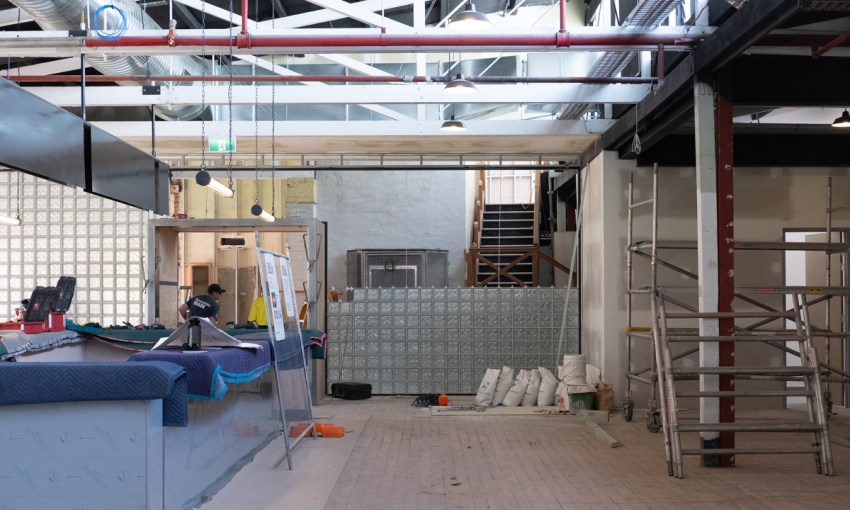 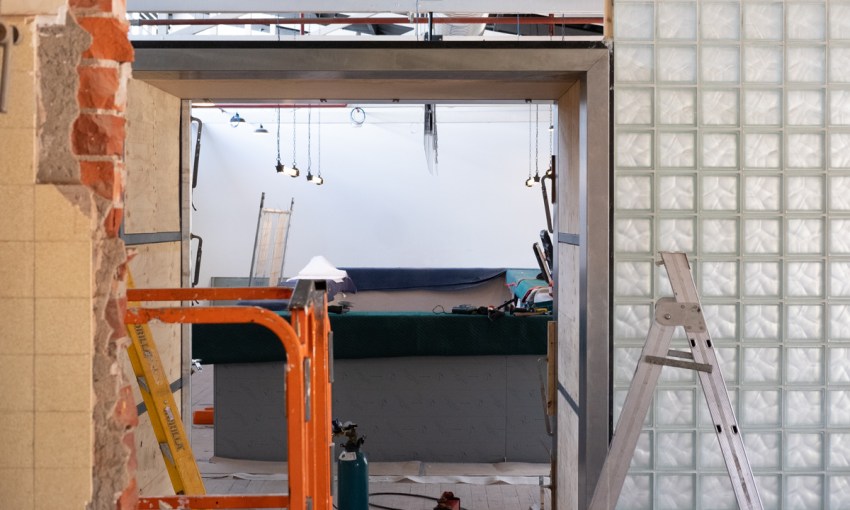 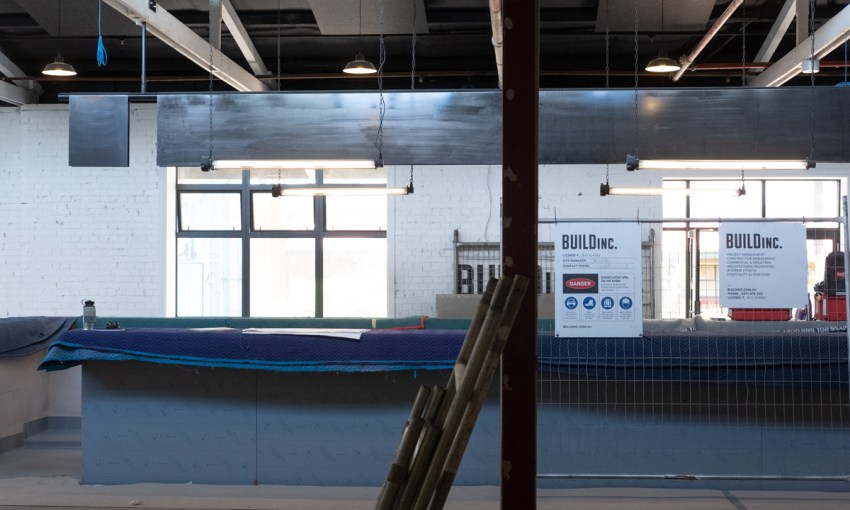 Over the last couple of years, large-scale beverage manufacturing has slowly moved out of its unofficial Adelaide home of the inner-western suburb of Thebarton.

Along Port Road, the Coke factory packaging plant and the West End brewery have both gone quiet over the last few years, each now earmarked for redevelopment.

The beverage-producing heart of the suburb still beats, though, with plenty of smaller-scale production popping up in place of these larger conglomerates.

Beer has been brewed on site at The Wheatsheaf Hotel since 2014; Ambra Spirits, Imperial Measures Distilling and Happenstance Distillery each produce their varied gins and liqueurs in the area; and soon an entirely new brewery will launch into the mix.

In January, Brightstar Brewing will open in the former Fauldings complex, a red-brick sawtooth building located in what was formerly the University of Adelaide’s Thebarton campus and is now part of a larger development by Australasian Property Developments.

The business comes from Megan and Gareth Parker, who relocated to Adelaide from the eastern seaboard at the end of 2019 with the intention of joining South Australia’s brewing community.

Though the business is independent and small-scale, Brightstar Brewing is not aimed at the craft market. The brewery will produce traditional European beer styles, like lagers, pilsners, Berliner weisses, witbiers and goses.

Megan and Gareth’s hope is to find a following in Adelaide amongst beer drinkers who prefer the styles and flavours traditionally associated with the mainstream beer market but who also want to support locally owned and operated businesses.

“I’m not anti-craft, I really like the odd IPA, but we’re designing this around the fact we’ve got a more family-accessible space,” Gareth says.

“[Craft is] probably five to 10 per cent of the market in beer drinkers in Australia, whereas people are still drinking easy-drinking type stuff in its plenty.

“We’ve been talking to so many people in that 40-plus bracket, who have kids, similar to us, and they’re like, ‘I can’t do craft beer.’ They’re physically turned off by it, and they’re moving away. So that’s the market we want to take.”

With that said, there will also be a Brightstar session ale and some hard seltzers. 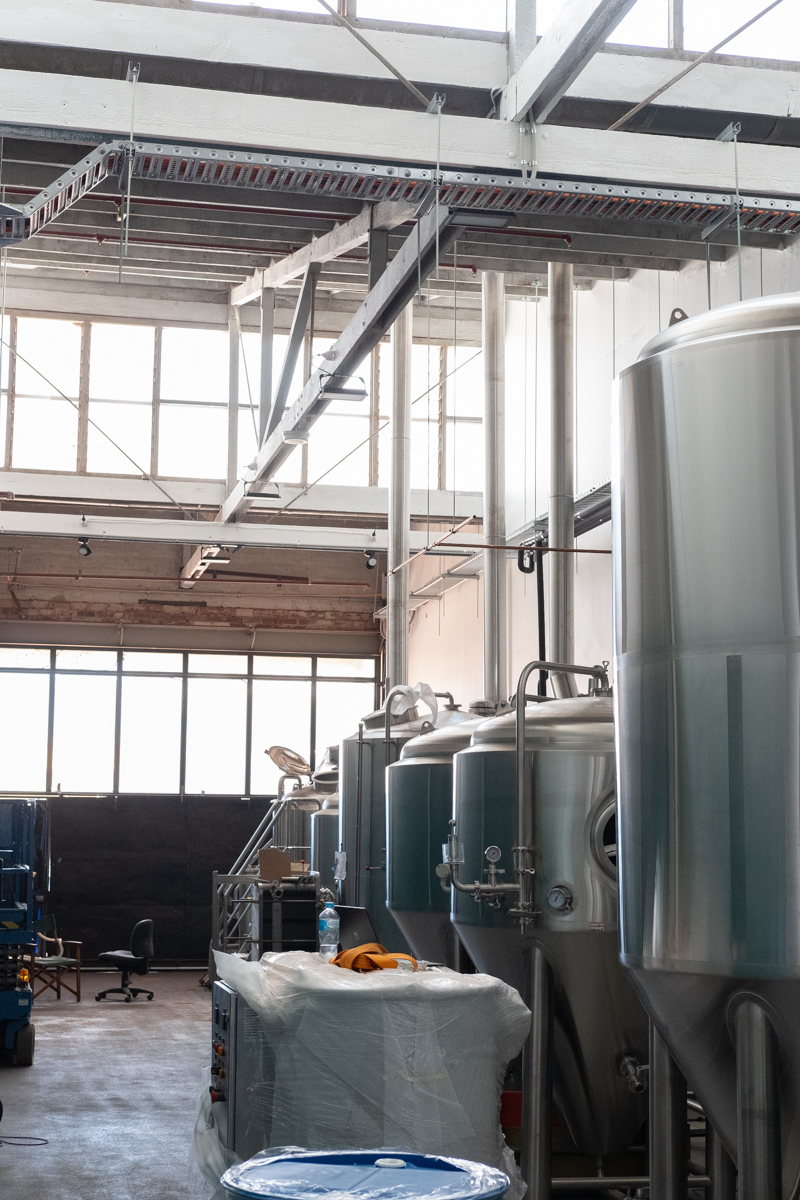 Brightstar will take up 520sqm of the space, with a café and offices also part of the building’s broader refurbishment.

The brewery will be venue- and experience-focussed, in that Brightstar does not plan to package product for wider distribution. Instead, the majority of Brightstar beers will be consumed in-house.

“It was interesting to understand where the market was going, where we could make money and what not to do. That’s why we made a conscious decision not to go into distribution.

Customer education will also be a focus, with Gareth and Megan ensuring all their front-of-house staff are cicerone-trained. A cicerone is to beer what a sommelier is to wine.

“The starting point with cicerone training is understanding the process, and we’ve got a different process than other breweries,” Megan says.

“We lager for longer – so what does that mean, why do we do that? That’s a really important message for us. And spunding, and natural carbonation, and all of these really cool things that we do.

“[And] when you go into a venue, you want to have educated staff talking to you, because every time you go to a brewery, every beer is different and unique, and you want to understand, why is it that way, or what is the flavour profile?” 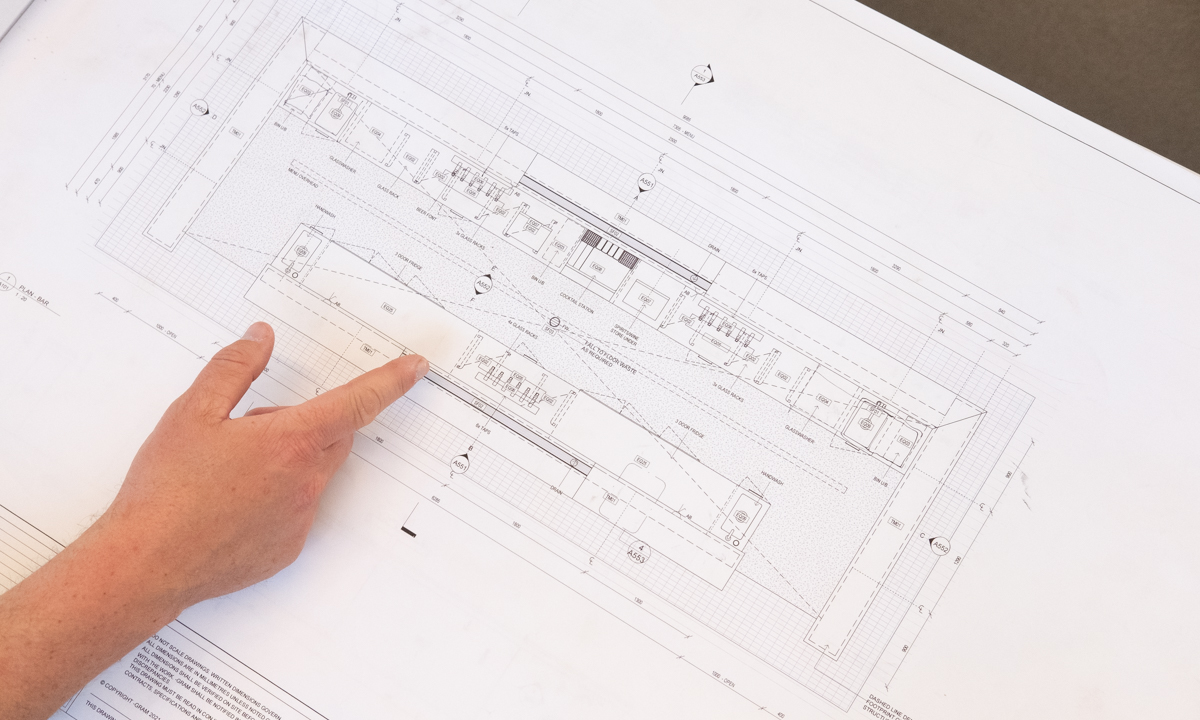 The venue itself will be designed by studio -gram, with Gareth and Megan giving the architecture firm a brief of maintaining the character of the building, while creating a family-friendly environment.

A 3m-deep deck is also being constructed out the front of the brewery, with the entire space catering to up to 152 people.

Megan has a background in marketing and Gareth is still working full-time in international software sales. For the brewing of the beers, they’ve brought on Steve Brockman, formerly of Mismatch.

Steve is excited to add an extra dimension to the local independent beer scene.

“There’s a lot of breweries around that are doing a lot of different things, and were seeing breweries opening in the centre of communities, like Shapeshifter just opened, and Bowden, that kind of stuff, but no one’s really doing lager-forward breweries,” Steve says.

“By having a broader reach and a broad appeal, it helps you teach more people about craft beer. We don’t have to be the echelon of craft beer, but what we want to be is the gateway to craft beer.”

Brightstar is launching with a two-vessel, 1200-litre brewhouse. The brewery’s bright tanks will be tapped directly to the bar, offering beer as fresh as you’ll ever be able to get it. All up, the bar will have 14 beer lines feeding 18 taps.

The initial beer lineup will consist of a helles lager, German-style pilsner, a witbier modelled on one of Gareth’s favourite beers, the Allagash White, a cucumber Berliner weisse, a session ale, and a couple of seltzers. Later on, Steve also plans to introduce a schwarzbier, or dark lager.

On launch, all of the brewery’s taps will be dedicated to Brightstar brews, but they do plan on releasing collaborations later on. 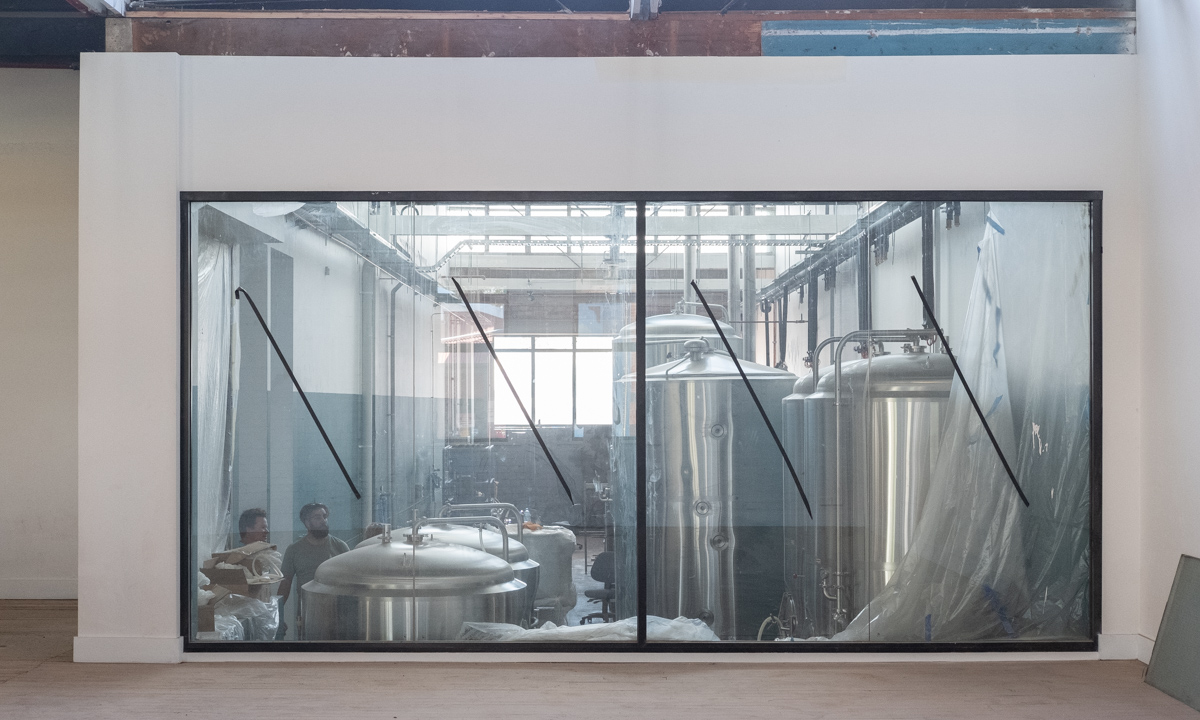 With a rough opening date slated for the end of January, Megan and Gareth are excited to be nearing the end of this two-year journey to getting open. But there is much more to come in the brewery’s future.

As part of the Australian Property Developments project in the area, led by developer Giuseppe ‘Pep’ Rocca, they will soon be surrounded by additional commercial and industrial enterprises.

“We’ve bought hook, line and sinker into Rocca’s vision for the precinct and what he’s doing across not just in these 16 buildings, but the Coke site and what’s going to change in this whole western corridor,” Gareth says.

“There are so many ways we can be accessed, and have different touchpoints around the area.”

For Steve, it’s important that what Brighstar contributes to Thebarton is aligned with the character of the suburb.

“There’s considerations, too, that this is still Thebarton,” he says.

“People are fiercely Thebarton. I’m part of the 5031 Facebook group still, and they like things the way things are right now. But it’s a desirable location to be.

“I’d just like to fit in and integrate that Thebarton into this bit of Thebarton, have it all flow together.”

Brightstar Brewing is located at 35 Stirling Street, Thebarton. It is slated to launch late January 2022.

Keep up to date on the project by following along on Instagram.