Intimate wine tasting series The Maker & Me returns to Adelaide

The Fruitful Pursuit is bringing back its intimate wine tasting sessions: 20 people in a room, on a guided tasting with the most exciting producers in South Australia’s wine scene.

James Hopkins is very excited to be back in Adelaide.

The wine enthusiast and founder of The Fruitful Pursuit finally returned to South Australian soil just a few weeks ago, after a couple of years in London and an extended stint in Brisbane waiting for the right moment to cross borders into South Australia.

James had already been reintegrating into the South Australia wine scene – hosting the iso video series Pyjama Wine with his partner, the sommelier and events manager Tyler Grace Austin, and announcing a Wine Playground event for this September (more on that event below).

Being physically back in Adelaide, though, has reignited the passion that saw James found The Fruitful Pursuit in the first place.

“I just took [Tyler] to the Hills – that little pleasure that we have to drive 30 minutes from our doorstep to check in with three leaders of Australia’s wine movement,” James says.

“This is what I love about being back. They’re our neighbours! It’s hectic.”

The Fruitful Pursuit took this excitement and turned it, in the first instance, into a series of small-scale wine tours, visiting pivotal South Australian wine producers.

From there, The Fruitful Pursuit’s events escalated in scale and scope – Wine Playground events would see dozens of winemakers pour and chat with hundreds of punters over a couple of days.

Central to the TFP concept, though, was the intimacy that came from a small busload of people huddled around a barrel with a single winemaker, which continued in spirit in the form of CBD-based wine tasting sessions, The Maker & Me.

“The Maker and Me became the smouldering, warm little centre of the whole thing, because it captured the intimacy of visiting winemakers,” James says.

“Chuck in a very cheap per head spend and you get two hours in a lock-in session with some of the most zany, most wonderful souls in Australian wine.”

“The other thing is, when we were talking to people here, when we first came in, people were talking about wanting or being eager for more intimate experiences,” Tyler continues.

“They felt like there was something that they hadn’t been able to experience since The Maker & Me sessions were on.” 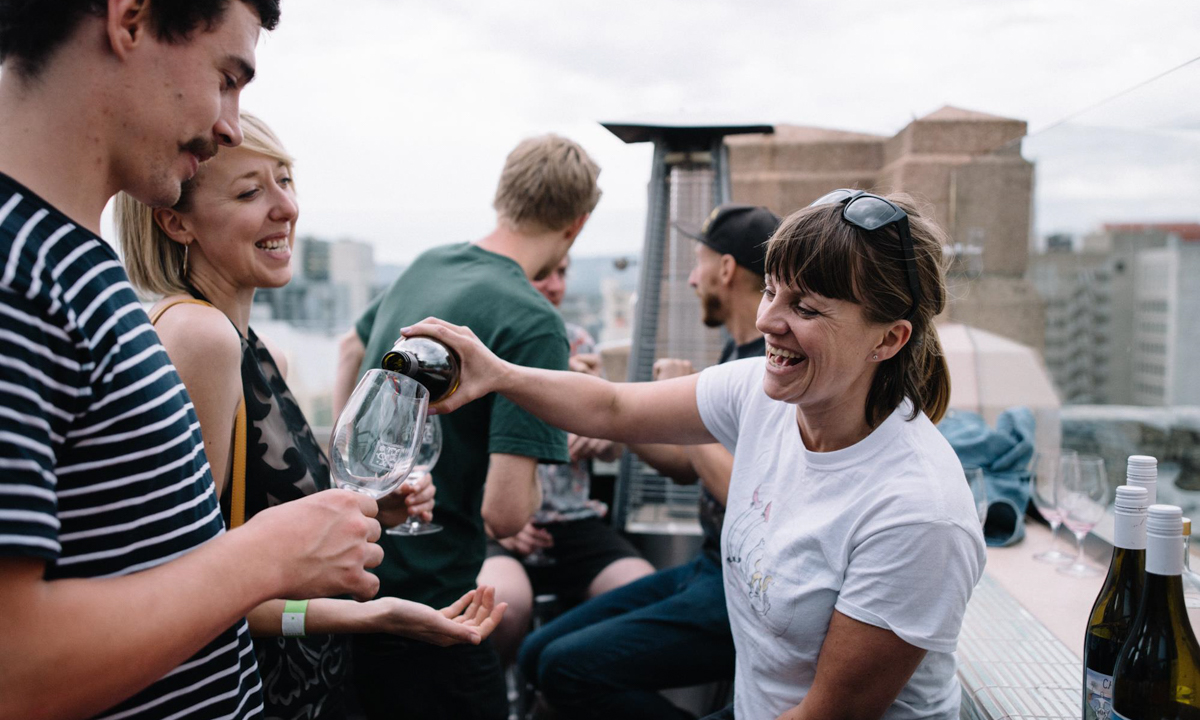 Charlotte Dalton will appear at The Maker & Me on 30 September

The Maker & Me will return from Wednesday, 26 August, and will be hosted weekly at Yiasou George, with a program of 10 winemakers scheduled over 10 weeks.

The series begins with Barossa Valley producer Charlie Black, of The Mysterious Mr Black, who kicked off the original Maker & Me series back in 2016.

Each session is two hours in length, and attendees will usually enjoy eight or more wines, including bottles of museum wines and unreleased samples. And like its original incarnation at Alfred’s on Peel Street, The Maker & Me will seat 20 people at $25 a head. 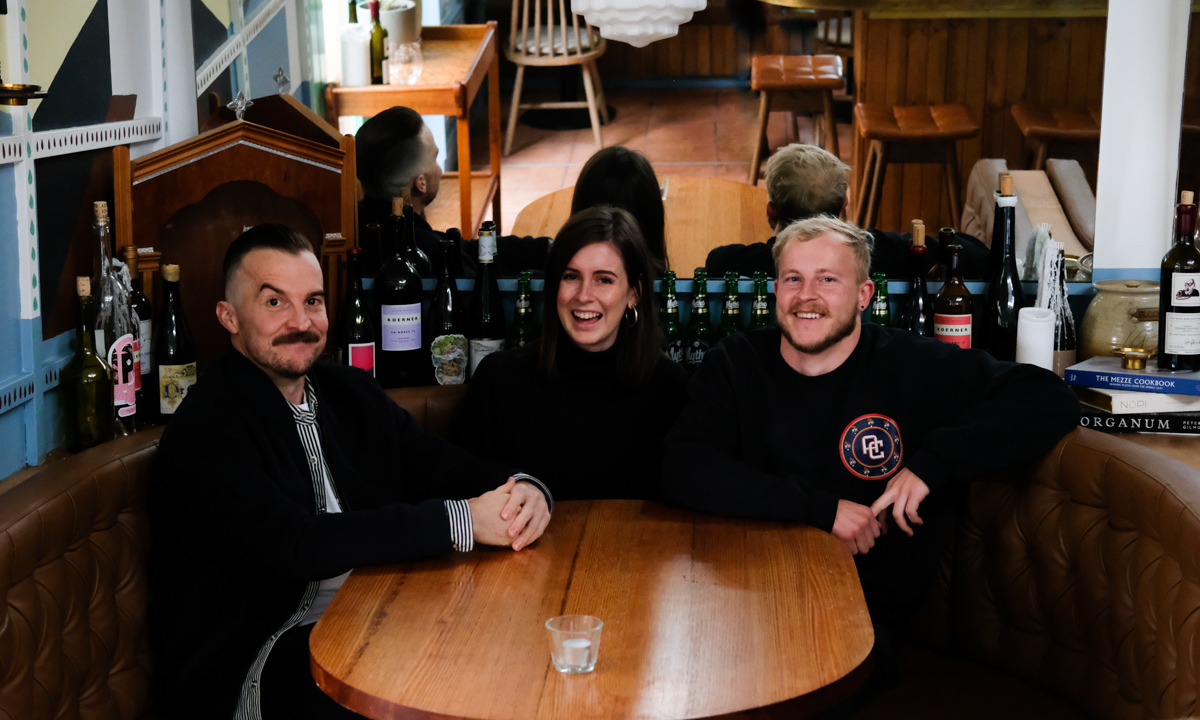 Tyler and James both learned a lot from their Pyjama Wine series – particularly how much winemakers are willing to share about their lives and their process, as much as about their wine, when presented with the opportunity.

“We noticed during Pyjama Wine that we were able to get a lot more out of winemakers in an interview format, more than they would say if they were just talking through eight wines,” Tyler says.

“When you put things in context, it doesn’t matter what people’s level of experience is, they are still attracted to that,” James continues.

“It’s wine. It’s a language that we all speak, whether you understand it or not, because it’s delicious and it’s easy to enjoy, right?

Tickets for the first two The Maker & Me sessions, with The Mysterious Mr Black and Jauma are on sale now. Find more information and tickets here.

An update on Wine Playground ADL 2020 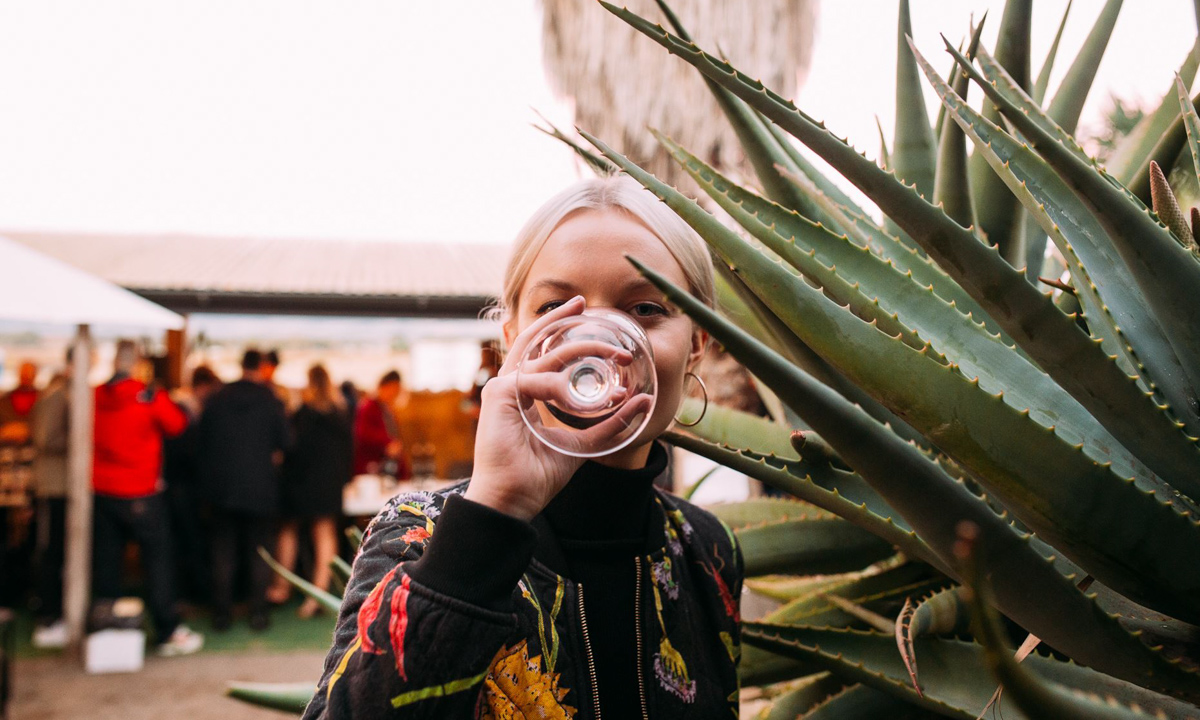 With the increase in restrictions brought in at the beginning of this month, The Fruitful Pursuit has decided to postpone its Wine Playground event scheduled for the first weekend in September.

“My heart sank when that announcement hit my feed, but as with everything this year it’s been one hard pivot after another,” James says.

“Adaption has kind of become second nature at this point. So once again, it’s a ‘not if but when’ scenario.

“One thing we refuse to compromise on is the energy at Wine Playground. It’s unforgettable. With the producers’ support and everyone’s patience, this will ultimately become the most anticipated wine event of 2020.”

Those who’ve purchased tickets will be notified in the next couple of weeks about new dates. There will also be refunds available for those who can’t make the event due to the shifted dates.