In the depths of winter, a surprising dark beer from Uraidla Brewery

Uraidla Brewery's Sinister Eye is a Black Rye IPA with "jammy, blackcurrant notes" and a much lighter tone than its dark hue suggests. 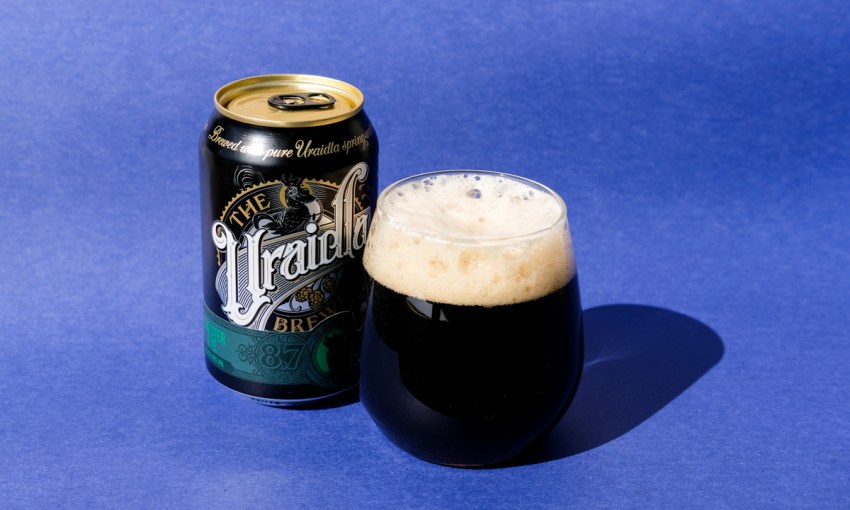 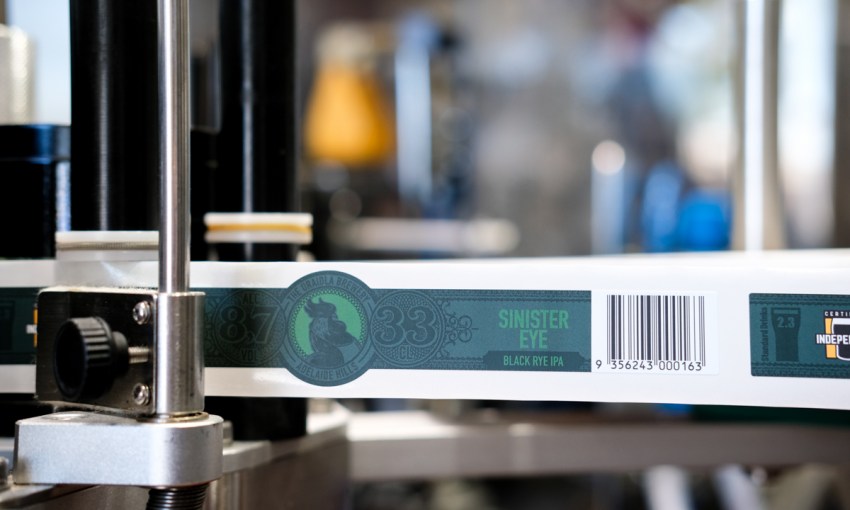 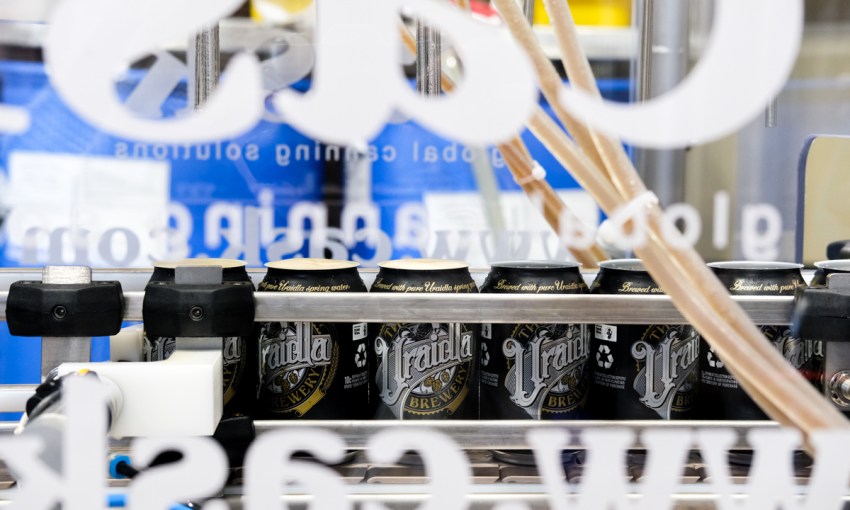 It’s bitterly cold in the Adelaide Hills during winter, and Uraidla Brewery has had this in mind with its beer release schedule over the last few months.

In amongst the porters and stouts, there is a dark and mysterious member of the Uraidla Brewery’s winter lineup: Sinister Eye.

The beer is a Black Rye IPA, and, true to its name, pours jet black. But, in contrast to those traditional winter styles, Sinister Rye is a light touch on the palate.

“It’s all about the hops,” head brewer Oscar Matthews says.

“A true Black IPA, in my opinion, doesn’t reflect the roasty, coffee, chocolate notes that you get from, say, a hoppier style of stout.

“It’s supposed to appear black in colour, but if you were to not look at the beer, so if you were going to drink it straight from the can, it should taste like a regular American-style IPA. It’s just more the mind trick.”

This is not to say the beer isn’t hefty in its own way. Sinister Eye sits at 8.7% abv, and its citrusy hop profile is bolstered by the use of rye in the grain bill, bringing in a “nice peppery spiciness to it,” Oscar says.

The beer features Chinook, Simcoe and Mosaic hops – the latter used in two forms: pellets and cryo powder, a concentrated form of hop. These varieties were selected to complement the rye’s inherent spiciness, and for their piney and citrusy characteristics.

“The end result is this sort of slightly spicy but citrusy and quite fruity beer that has these really quite nice jammy, blackcurrant notes to it. A little bit confectionary like, which is really cool,” Oscar says.

“We still wanted it very nice and dry and IPA-like, so we were wary of that. And also the fact that the rye does bring that heat element to it, we didn’t want that to become too overpowering in the beer as well.” 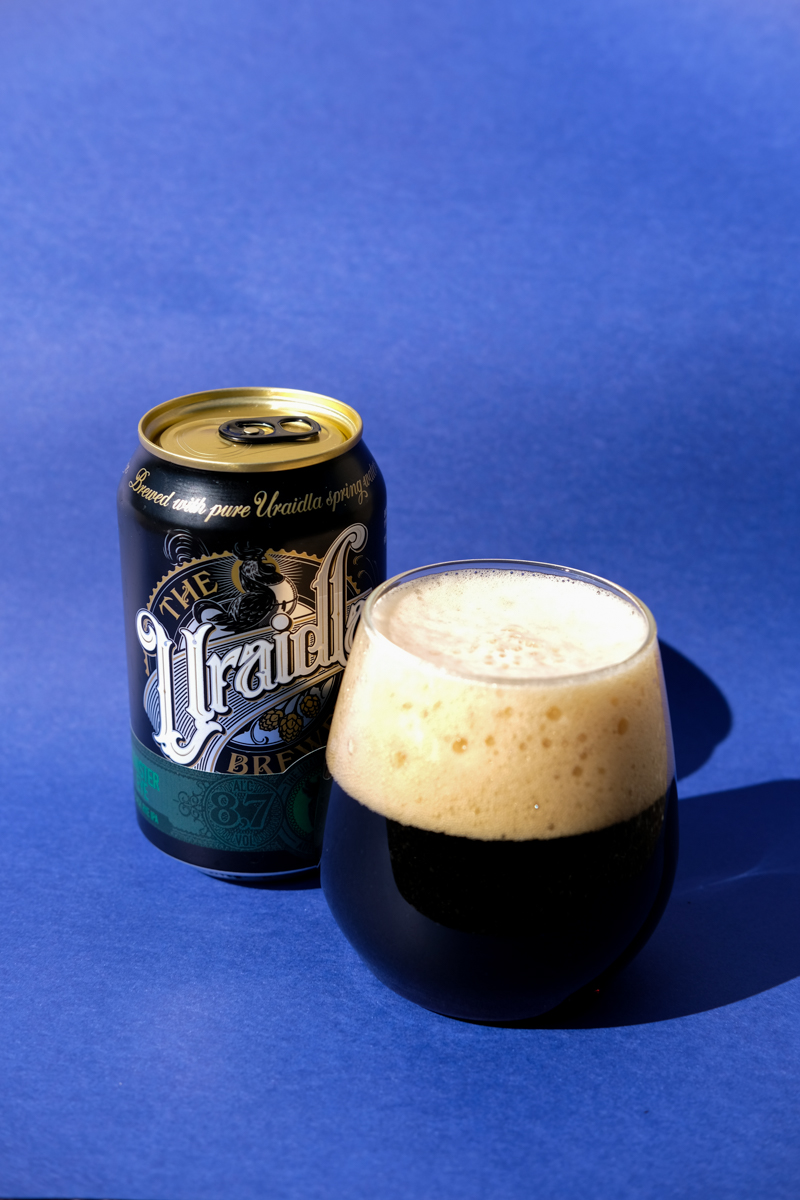 Though Oscar’s intent was to produce a “gnarly sort of beer,” Sinister Rye is much more approachable than other beers of a similar hue.

“It’s ended up actually being this really nice and quite rounded beer that presents very well for near on nine per cent. It’s just got this really good underlying drinkability to it,” Oscar says.

In addition to the release of Sinister Eye, Uraidla Brewery has rereleased Primeval Slayer – a beer that previously saw a limited release at the end of 2019.

Primeval Slayer is a bright, Australian-style pale ale, brewed originally for the nationally renowned Carwyn Canvent Calendar – a selection of 24 indie beers distributed across the country ahead of Christmas.

The Carwyn Canvent Calendar is a unique opportunity for national exposure, and incredibly valuable to any young brewery, particularly one not based on the eastern seaboard.

“It was huge. It was the first time a lot of people interstate had heard about us and tasted one of our beers, so from an exposure point of view, it was great and they really liked the beer,” Oscar says.

“It was perfect for the time of year… Nice and hot and really summery. It was a really good, thirst-quenching kind of beer.

“It was so popular that we did want to brew it again at some point, it’s just taken us a while to get around to it.”

The concept for Primeval Slayer builds on top of Uraidla’s session pale ale, Half Moon, which was inspired by the likes of Stone & Wood – except where the Byron brewery is known to have a penchant for Australian hop variety Galaxy, Oscar has chosen to explore New Zealand hops.

“I like the New Zealand varieties because they’ve got some elegance to them,” he says.

“They’ve got all the bright, fresh and tropical characteristics that we like, but they’re also not too over the top, they’ve got some restraint, and they can produce some really delicate beers as well.” 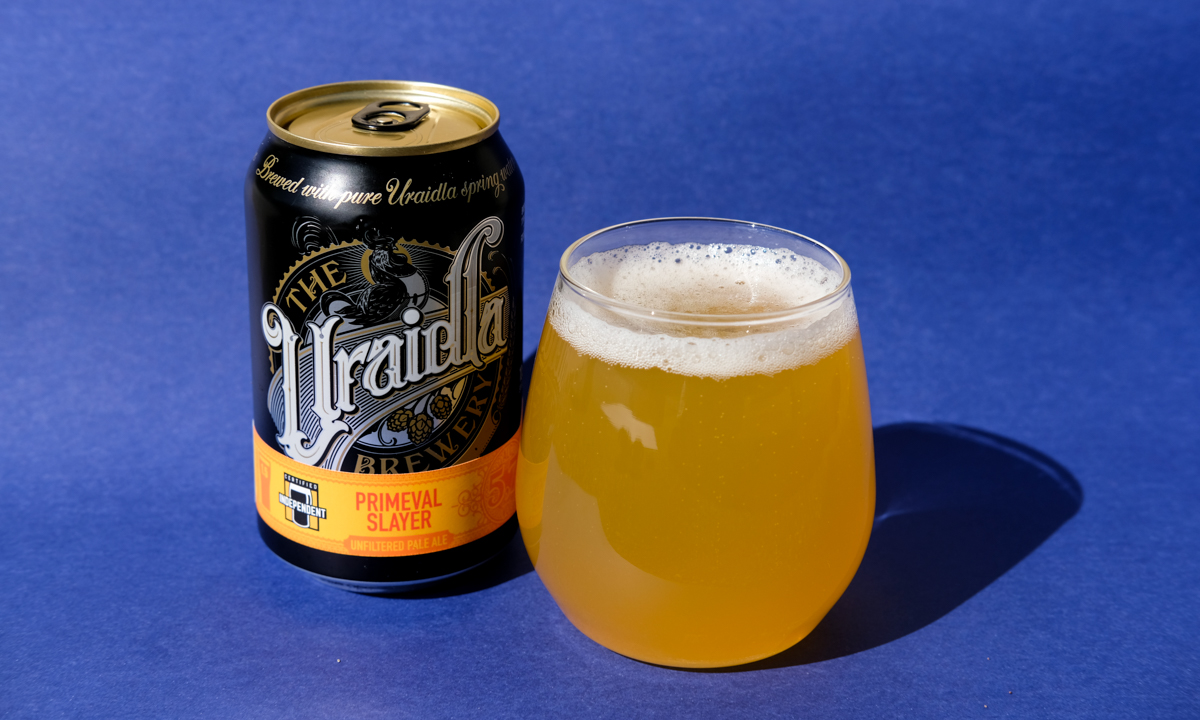 As a session ale, Half Moon is a light and restrained beer. Primeval Slayer, on the other hand, takes Australian pale ale concept and amplifies it.

“The first time we brewed Primeval Slayer… the beer was really about this New Zealand variety, Nelson Sauvin, which is big on its tropical characteristics, lots of pineapple, passionfruit, white wine grape characteristics,” Oscar says.

“This time, we’ve amplified the use of Nelson Sauvin, and a lot of Wai-iti, so it’s quite big and fresh and bold in its tropical and fresh stone fruit sort of character. And then we used Taiheke, which is quite a citrus-driven hop, so it’s got this really nice citrus tone throughout the beer as well, which acts as being quite refreshing, too.”

Though initially intended for warmer months, Primeval Slayer acts as a palate cleanser in Uraidla Brewery’s winter release schedule – with strong tones of mango coming to the forefront.

“I wanted to liven it up a bit and just bring a bit of a mix to what we were releasing,” Oscar says.

Both Sinister Eye and Primeval Slayer are currently available on tap and in can at the Uraidla Hotel, and wherever good beer is sold. 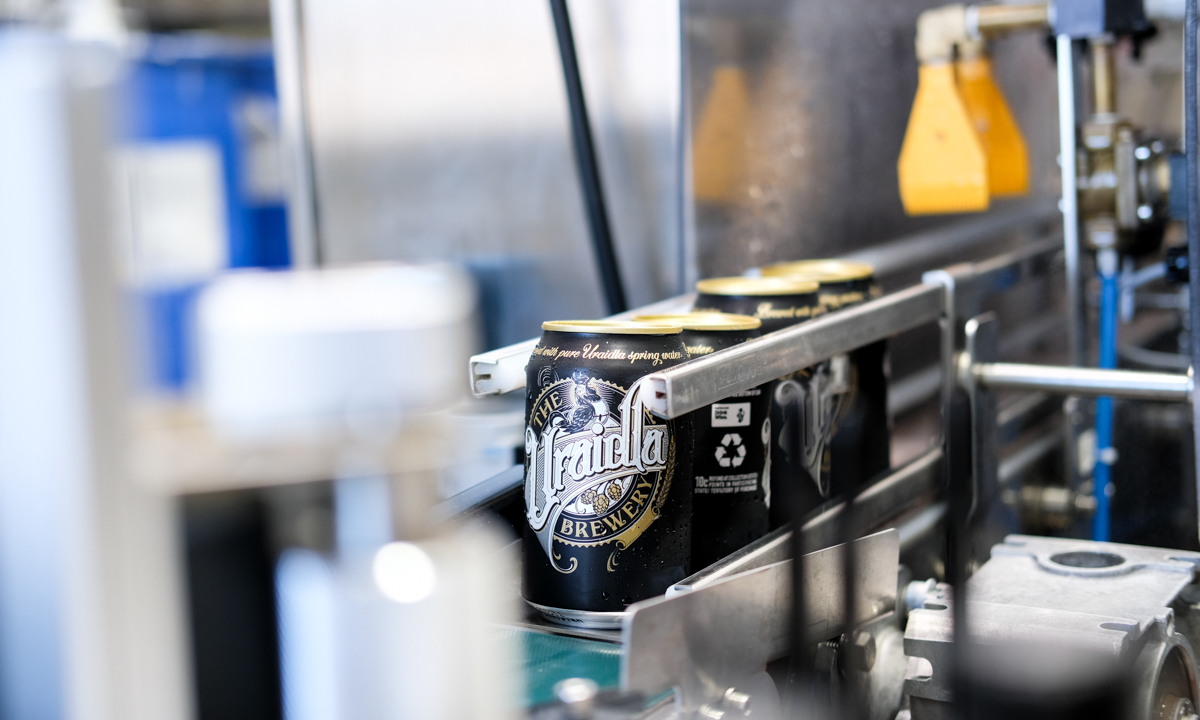 Fans of the brewery will notice a dramatic change in the appearance of Uraidla Brewery’s cans. Gone is the silver tin, making way for a darker, more legible design.

“We were always going to shift to a printed can, but we wanted to spend the time on getting it right. It took us a lot longer than we expected, but it was definitely worth the wait,” Oscar says.

Each beer is given its own sticker, which wraps around the base of the can, identifiable by a distinctive colourway.

“To go to something like a dedicated can, with the amount of cans you need to purchase, it was a reasonable investment for us. So we wanted to make sure we were going to be absolutely happy with it,” Oscar says.

“It’s taken our appearance to another level.”

Keep an eye out for the new-look cans on bottle shop shelves on your next beer run.