Hey Jupiter is getting bigger

From café to fully fledged restaurant, Hey Jupiter is about to enter a new phase. 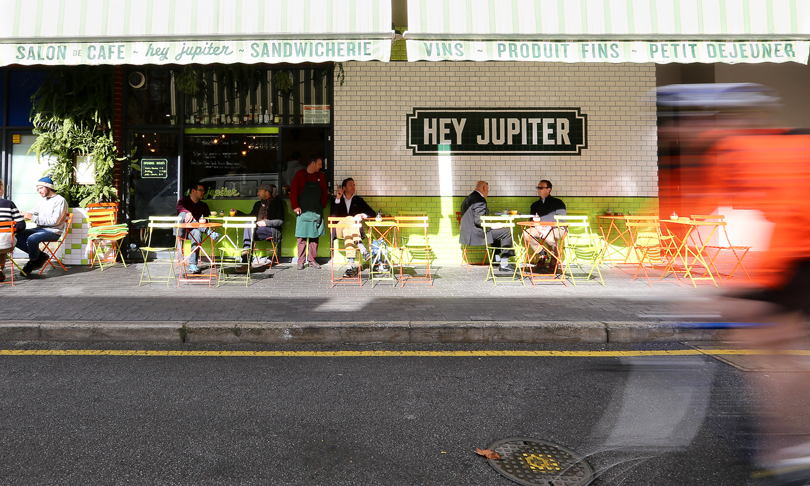 After almost five years trading as a café on Ebenezer Place, Hey Jupiter is set to undergo serious change this October by expanding into the premise next door.

“We just got to the point where this kitchen wasn’t big enough for what we were doing anymore, and we were just waiting for the right time,” co-owner Jacqueline Lodge says.

Hey Jupiter’s expansion is set to open this October. For updates, keep an eye on their Facebook page (or pop in for lunch and ask).

“It’s just taken this long to get to the point where we can do that.”

Though Jacqueline and partner Christophe Zauner are proud of what they’ve created in the last five years, this next evolution will bring them closer to the style of venue they set out to create from the start.

“That’s been the learning curve for us,” Jacqueline says. “We’re not from [cafés], we’re from restaurants and bars, that’s what we’ve always done. 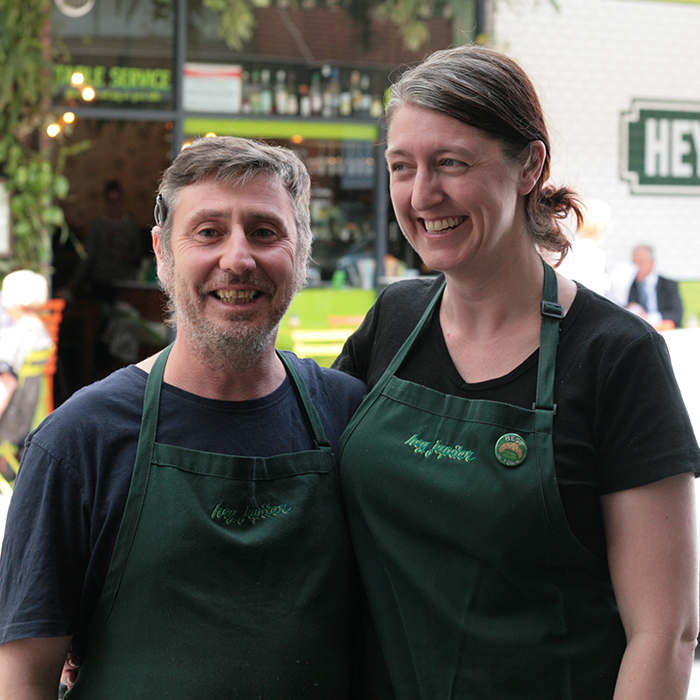 Hey Jupiter’s next phase will see the introduction of nighttime trading, with a bar taking over the current workstation, seating expanding into the space next door, as well as a newly kitted out kitchen, which will help graduate the business from café to restaurant.

On the outside, the iconic Hey Jupiter tiles will stay, the façade will extend across the new frontage, and the new space will sport bifold windows and bench seating, in which you can sit with a long black and Berkshire pork belly sandwich (or this one thing) while watching the Ebenezer foot traffic pass you by.

And with a greater capacity in the kitchen and the introduction of nighttime trading, comes a redesigned menu.

“The menu will change. Breakfast and stuff will sort of stay the same. Lunch, we’ll definitely be keeping those classic sandwiches, like the pork belly sandwich will stay, but you’ll be able to get a steak frites at lunchtime,” Jacqueline says.

“Then at nights we’ll open, so it’ll be full dinner, and the weekends as well, we’ll stay doing the all-day brunch as well. We’re just going to be able to do so much more.”

It's great seeing small business continue to re-invest. @heyjupitercafe is five years old and more than new crockery, the cafe is expanding next door – opening a bar and brasserie serving classic 🇫🇷food from 7am to 11pm daily #newbar #frenchfood

It’ll be yet another reason to spend an evening in the East End.

“There is already Belgian Beer Café, Burger Theory, Mr Goodbar, then you go into Vardon Avenue, you have East End Cellars, Mother Vine, there’s quite a bit,” Christophe says.

“All of this and us, I mean, I think it’s enough to draw people in.”

“This last five years has been building to get to the point where we can do what we actually know, what our backgrounds are,” Jacqueline says.

“We’ve got so many regulars that I really want [to be] excited to come along on a journey with us in the next phase.”

Hey Jupiter’s expansion is set to open this October. For updates, keep an eye on their Facebook page (or pop in for lunch and ask).