Matt Mittiga has been with RCC since the very beginning.

In the way he describes his role, he may be the glue that has kept the annual party activation together throughout its many incarnations.

“I became someone who got stuck with knowing too much of how this thing goes together,” Matt laughs.

“It’s a blessing and a curse, because I’m the sort of person who’ll be like, ‘I’ll just handle it. You guys have got all this other stuff to do – you do it.’ And then you start doing it, and you’re like, ‘This is really taking a long time.’”

He first jumped on board as an all-rounder, helping to build the site, and in the final two years of the RCC’s tenure at Tarntanyangga Victoria Square he started as a vendor – running a coffee and espresso martini shop.

In 2020, the second year of RCC’s occupation of the University of Adelaide’s North Terrace Campus, in addition to helping out in the build process, Matt has also debuted a new food concept – Happy Burger, the festival’s first in-house all-vegan burger shop.

Happy Burger offers two meat-free burgers: the Chick’n Burger, made with a Fry’s or Gardein vegan chicken substitute patty, with chipotle mayo, slaw, pickled jalapeño and onion; and the Beyond Meat Burger, which makes use of a Beyond Meat plant-based patty, lettuce, tomato, a coconut-based cheese, pickles, ketchup, aquafaba mayonnaise and mustard. 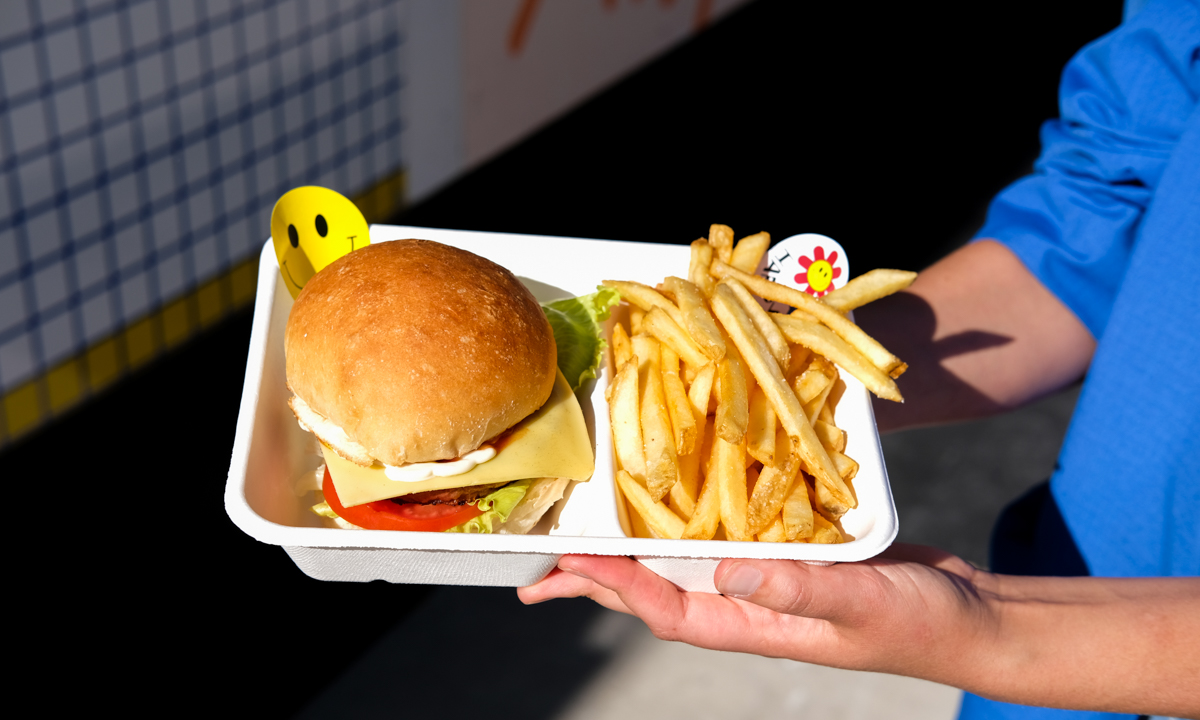 Matt has kept the two burgers recipes as basic as possible, so as not “to hide anything,” he says.

“I want people to see that the ‘meat’ tastes like meat.”

The Happy Burger concept came to Matt through his own interest in reducing the amount of meat in his diet, and through seeing the changing tide in popular culture toward a less impactful existence.

What stops a lot of people from taking the first step toward reducing their meat intake, Matt thought, was the fear of missing out.

“[People] think they’re going to miss out on things like hamburgers, things like hot dogs – the cheat stuff,” he says.

“I thought to myself, everyone kind of likes hamburgers. The people who don’t really eat hamburgers are vegetarians and vegans. If you were going to do something that was quick, that was festival-based, looking to go into a fixed venue or a mobile venue, I thought burgers would be the good testing point for that.

“I think the shift is happening, and I think the better it’s marketed, the more it reaches the people that aren’t interested in cutting [meat] out completely.” 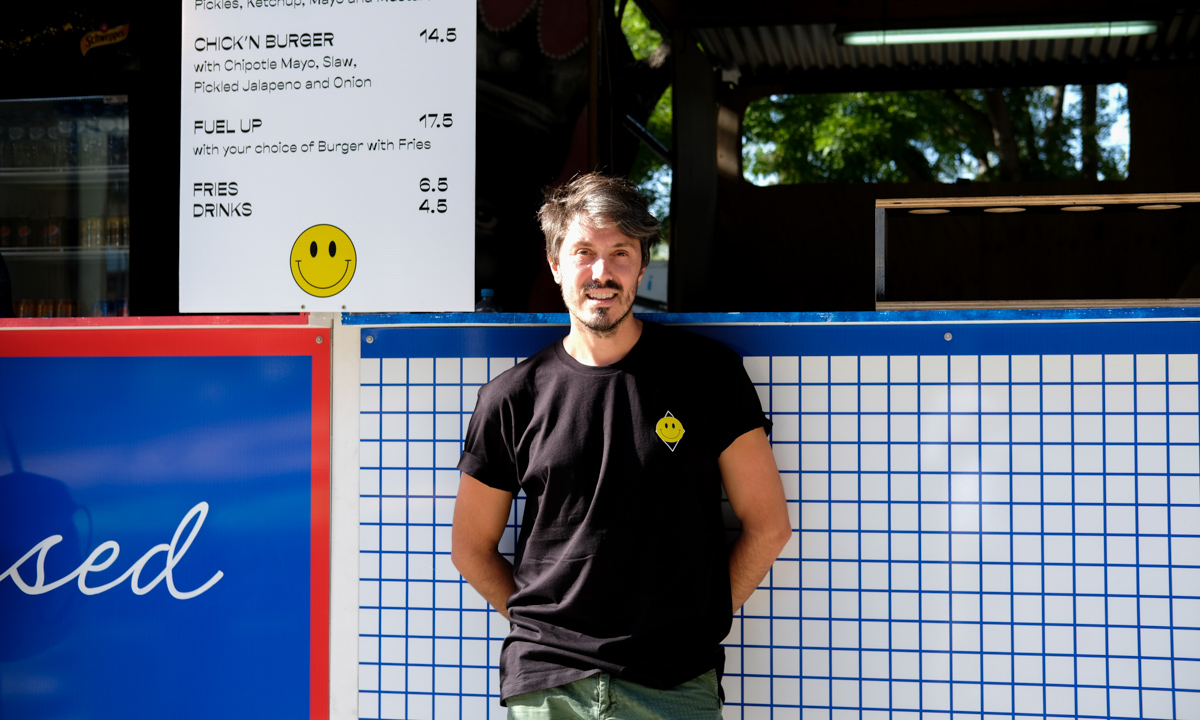 Happy Burger is slinging plant-based patties from open ‘til late at RCC’s Chow Town, situated out front of the Cloisters on Victoria Drive, and from a second shopfront (a former Burger Theory container) from 8pm ‘til late in RCC’s Utopia.

Matt is also in the product development phase for a house-made plant-based beef substitute patty, so keep an ear out (or subscribe to CityMag) for future developments.