The South Australian craft brewing and distilling scenes have come up together over the last decade in parallel streams of hype.

There have been some collaborations already between the two worlds – Little Bang Brewing Company’s recent use of barrels previously used to age Prohibition Liquor gin is a particularly delicious example.

Vale Brewing is part of the Bickford’s beverage group, which is also home to Renmark spirits company Twenty Third Street Distiller. Collaboration between the two entities was only a matter of time, and last month the duo unveiled Vale Brewing’s Gin Sour.

Like many great innovations in food and beverage, it was a chance experiment at a bar that led to the beer’s genesis.

“We literally trialled it one night over a few drinks, poured a little bit of the Signature Gin into one of our existing beers, and we thought it tasted quite good,” says Vale Brewing’s assistant brand manager, Simon Habib.

“From there, I went into the office and said, ‘There’s something in this.’ Most of the business looked at me like I was crazy, thought it was a real weird idea, but it’s really awesome that it’s finally come to life.”

Vale’s Gin Sour brings together a sour beer, based off of the brewery’s Tropic Ale recipe, and Twenty Third Street’s Signature Gin.

The beer is highly aromatic, with hops leaping from the can from the moment of cracking. Juniper undertones play off against the mildly sour palate.

Simon and the Vale team were keen to introduce a sour into their offering, as the style has gained popularity in South Australia and across the country. Simon saw that there was still room in the local packaged beer market for new takes on the style.

“For us, it’s all about evolving and introducing new users to [Vale Brewing], and that’s why we’ve gone for the gin sour – it’s the perfect beer to do that for us,” Simon says.

“The botanicals, what they do to the liquid is quite unique. I haven’t really tasted anything similar to benchmark it against, which I think is a really good opportunity for us, if we look to bring this into the core range at some point.” 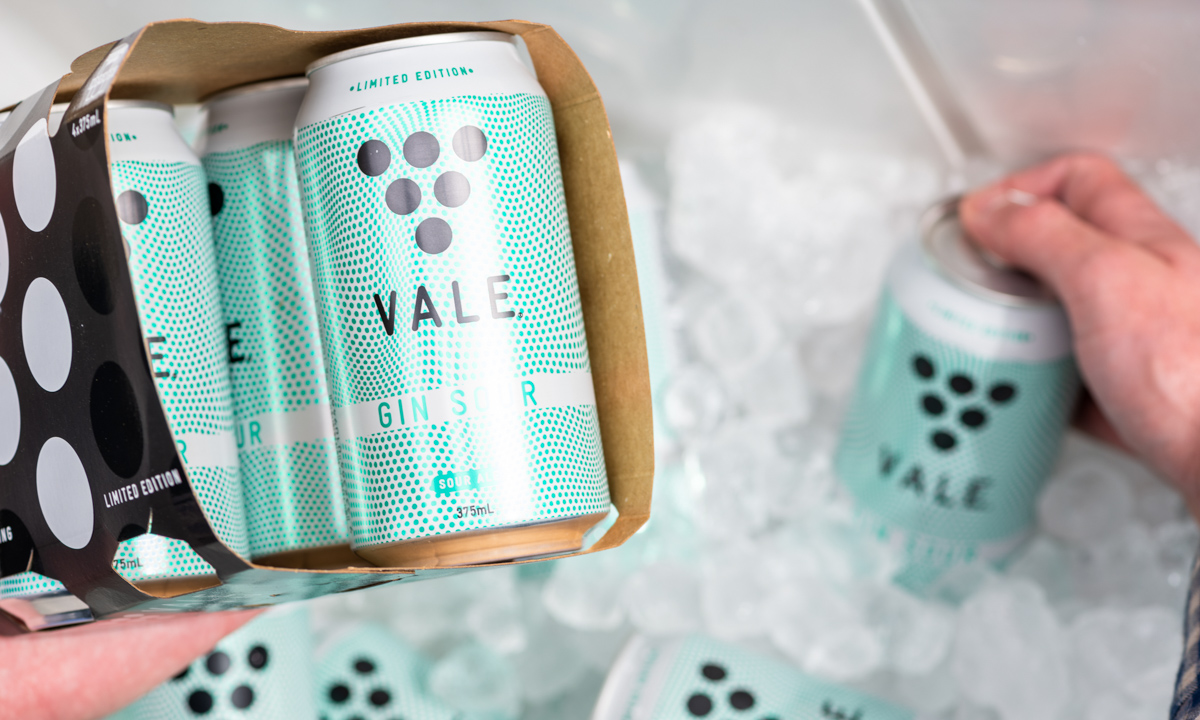 The gin is added to the beer during the brewing process. It took months of trials to come upon the correct gin match for the beer, and to find the right quantity that didn’t overpower the flavour profile or push the ABV too high.

“On the Adelaide Beer Drinkers Facebook page, there’s been some fantastic comments on there about how refreshing it is,” Simon says.

“[Sours] are just so refreshing, palate-cleansing, and then, from a brand perspective, the big thing for me is people who don’t like beer, or don’t drink craft beer, when they try a sour, it’s a big wow factor.”

Vale’s Gin Sour is available now in bottle shops for a limited time only, but there may also be a summer release on the cards.

“Based on current sales, it’s not looking like it’ll stick around for too long,” Simon says.

As for other new releases from the Vale stable, Simon mentions some barrel-aged beers are in the works under the brewery’s Fox Hat label, and cider brand Three Oaks has a native hibiscus and lime apple cider coming soon.

Keep up to date with Vale Brewing’s new releases by connecting with the brand on Facebook and Instagram.