Gaja by Sashi set to open on Pirie Street

A year after taking out the Masterchef title, and with several pop-ups and one-off events under his belt, Singapore-raised and Adelaide-based chef Sashi Cheliah is about to bring Gaja to Pirie Street.

The restaurant draws from Sashi’s Singaporean heritage and is an ode to the country’s hawker food culture.

A large mural of an elephant (being the English translation of the word Gaja) incorporates into its geometric design references to China, India and Malaysia, and aspects of each country’s cuisine will feed into Sashi’s restaurant concept.

“Singapore is all about three different cultures coming together – Chinese, Malay and Indian – so I brought all of that in,” Sashi tells CityMag on a recent visit to the still-in-construction site.

Gaja will open for lunch and dinner from Monday through to Saturday, with lunch service geared towards Pirie Street’s office worker clientele, while Sashi sees his evening trade being a casual eatery, and a beginning point for diners looking to kick off a longer evening. 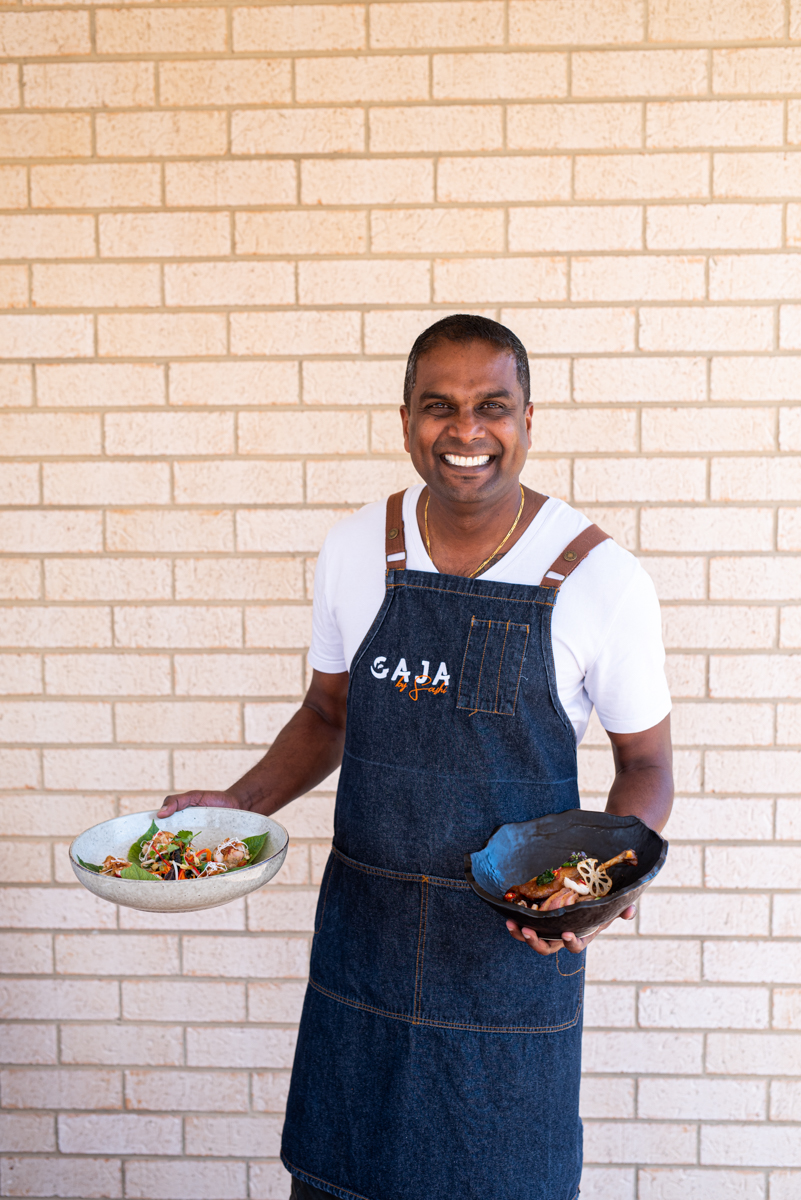 “I’m approaching people who are going for pre-party, especially over the weekend,” Sashi says.

“Come in, have a nice meal, have a couple of cocktails, start your night here, and then finish it off somewhere else. Or even if you’re going to have a celebration, a birthday party or a company party, or just a nice date for a couple, come and book a table.

“At night I’m going to turn up the music a little louder, we’re going to have some nice drinks, bites. We have a good range of smalls, you can start out with that, move towards a main meal.”

There will be an extensive drinks menu, incorporating cocktails, beer and wine. Sashi says the cocktails heavily reference the flavours of the kitchen – aromats like lemongrass are used and many will incorporate tropical fruits – and similarly, the beer and wine (90 per cent of which is South Australian) has been selected first and foremost to compliment Sashi’s food.

“We can’t go for very robust flavours for our type of food,” Sashi explains.

Fans who’ve followed Sashi from his time on Masterchef won’t see much they recognise on Gaja’s inaugural menu. Sashi has worked alongside head chef Miles Davis (formerly Hotel Longtime) to create a menu from scratch, with only his lychee duck dish making the transition from screen to Pirie Street plate.

“I wanted the menu to be a fresh, new menu,” Sashi says.

“Even with the lychee duck, I changed the method. For example, the original version is just a pan-seared duck, finishing off in the oven. Whereas with this, we confit he duck leg, and we also are adding slices of duck breast, which is pan-seared. So you have two typed of cooking method in the one dish.” 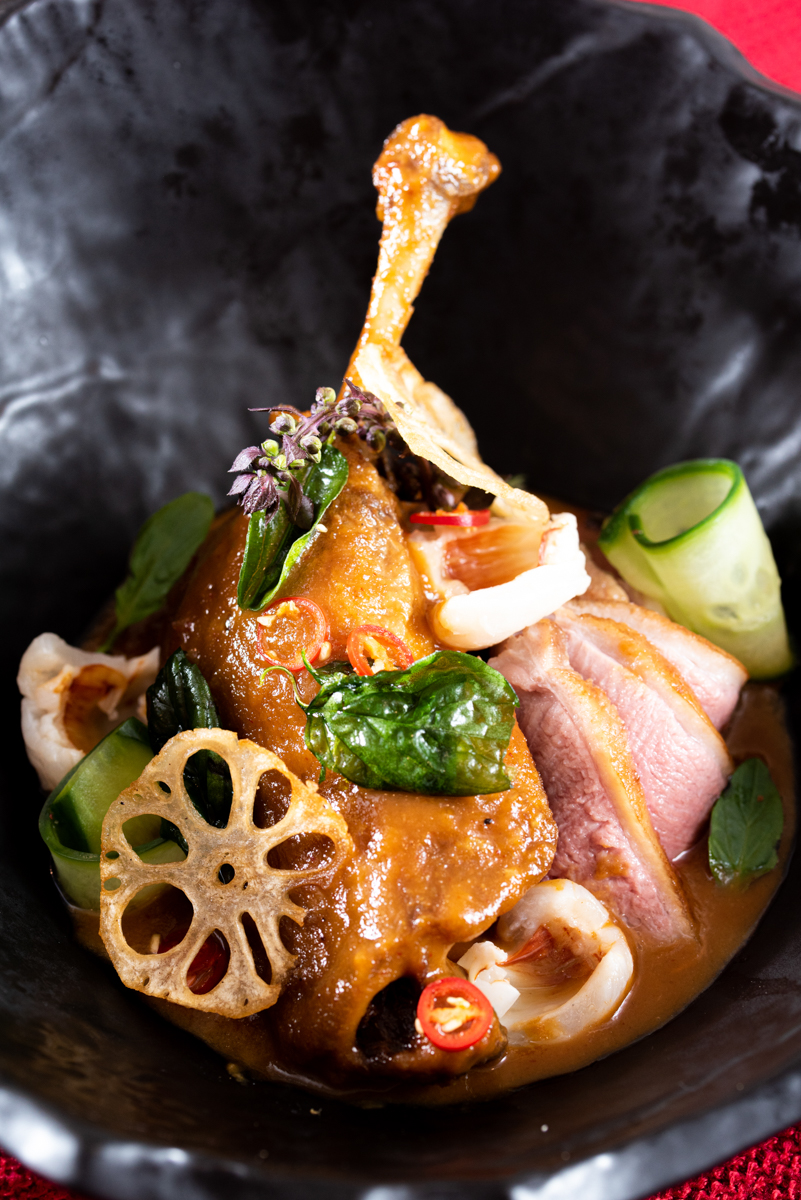 Gaja’s fit out, which Sashi describes as inspired by Colonial Singapore, comes courtesy of Malbarosa & Co, who have been Adelaide-based for the last few years, but also have experience working in Singapore.

“They have a very good understanding on the concept I was after,” Sashi says.

“When I told them this is the type of stool I’m after, they know exactly what kind of stool I’m talking about, and they’re all about details.”

Gaja is slated to officially open on Monday, 11 November. 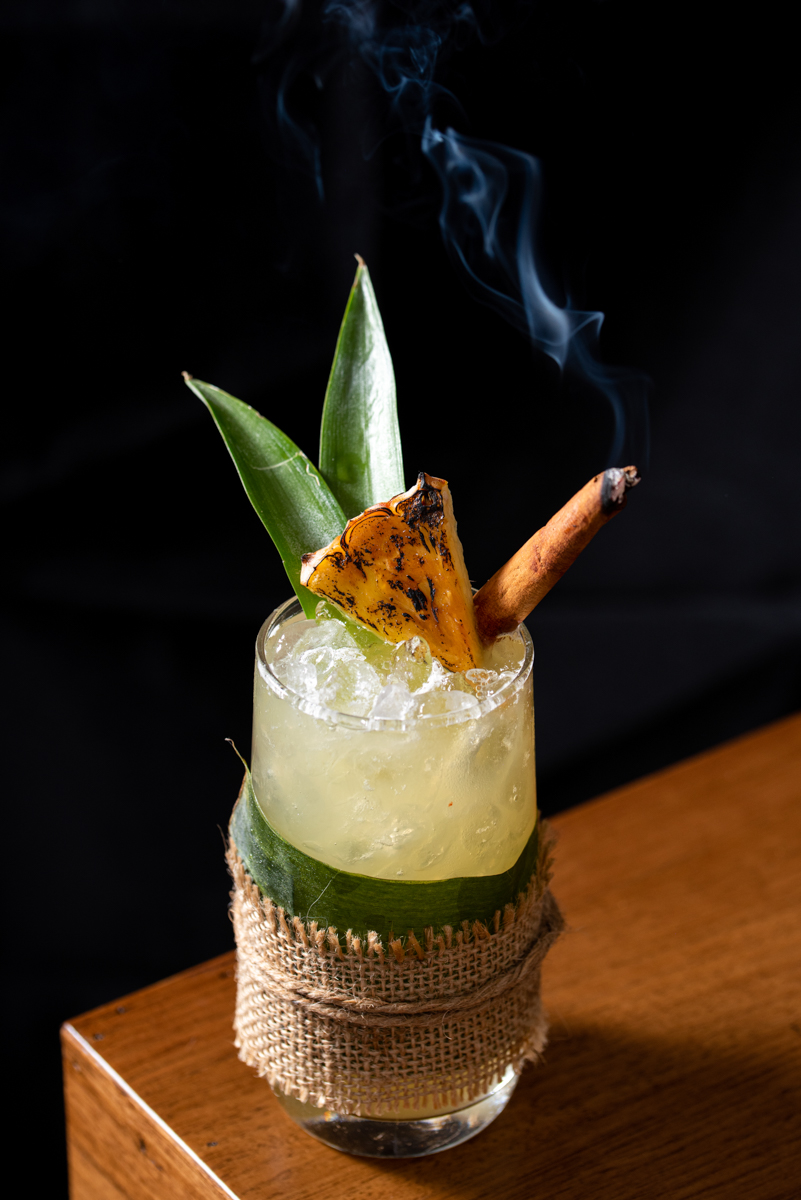 Sashi’s first pop-up following his Masterchef win came at HWKR in Melbourne. He was booked before the show’s finale had aired and took the opportunity to step straight into the hospitality world following his appearance on the show.

The menu he designed for the pop up was limited by its hawker-style location and price point, and so was frustrating in a creative sense, but it offered him a valuable crash course in running a restaurant.

“Cooking is the easiest part, but running a business is another level. I learned that in the last one year,” Sashi says.

“While we were cooking and eating things, we were working and learning how to run a business. So it has given us a lot of experience in managing staff, managing finance, managing suppliers, equipment. Just doing a restaurant from scratch, I learned so much.”

Sashi was raised in a hospitality environment. His mother ran a café in Singapore, where, as a child, he and his brothers would occasionally help out. But, understanding the difficulty of making a living in the industry, Sashi’s mother cautioned her children against following her into the food service industry.

For the last 20 years, Sashi has worked in law enforcement – both in Singapore and here in Adelaide – and he was only drawn towards the idea of running a restaurant as he approached his 40th birthday – “a mid-life crisis,” he laughs.

In the process of researching how to start up such a business, he came into the world of Masterchef.

Having come out as one of the mot highly awarded contestants in the show’s history, Sashi gained the confidence to bring an all-out restaurant into the CBD.

His history working in law enforcement will still be present in the Gaja space. There are programs in prison that teach inmates valuable skills in the hospitality industry, and Sashi hopes to provide an opportunity for former prisoners to follow through once they’ve left the prison system.

The back section of the restaurant, which he calls the birdcage, is dedicated to this cause, and displays another mural, this time of a sparrow – referencing the Singaporean $50 note – flying out of a birdcage.

“I think if we give them an opportunity – not everybody will try getting it, but the person who sincerely wants to try, they have some choices to make, an opportunity that they’re given,” he says.