From the bottom of the deep blue sea

The age-old fishing industry is getting disrupted by new SA business Fair Fish - and the result is better seafood for eaters, and fairer prices for independent fishermen. 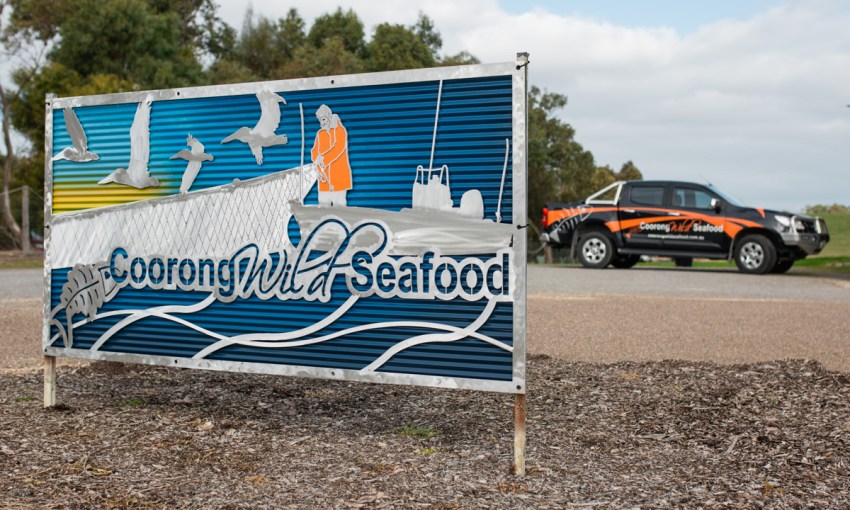 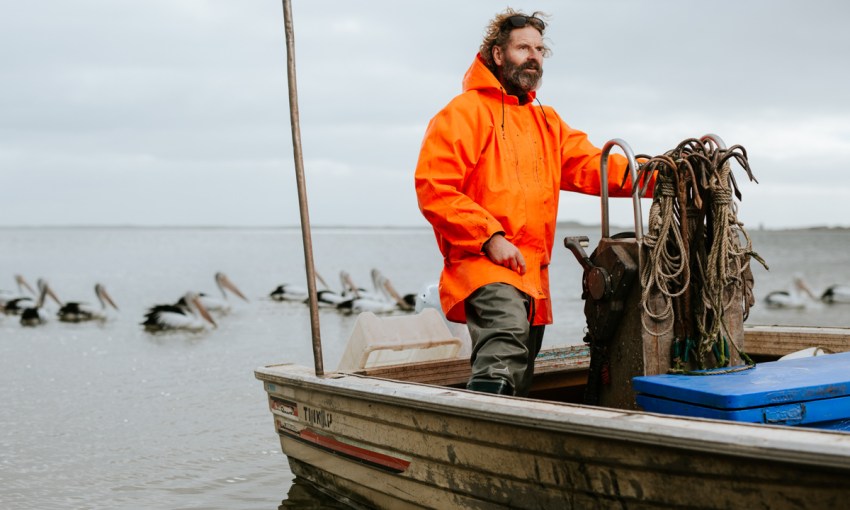 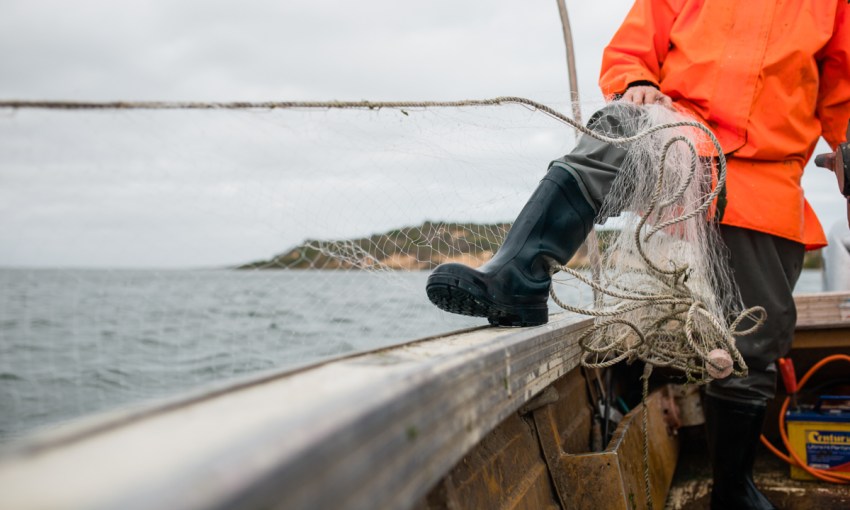 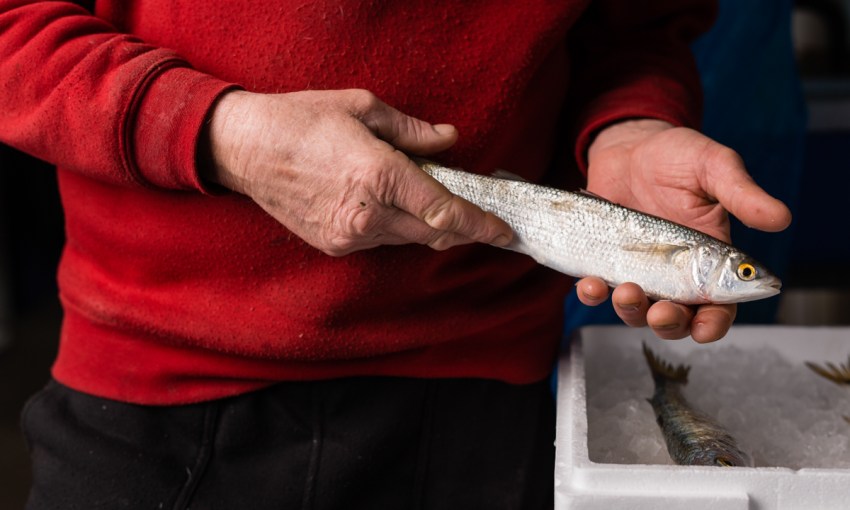 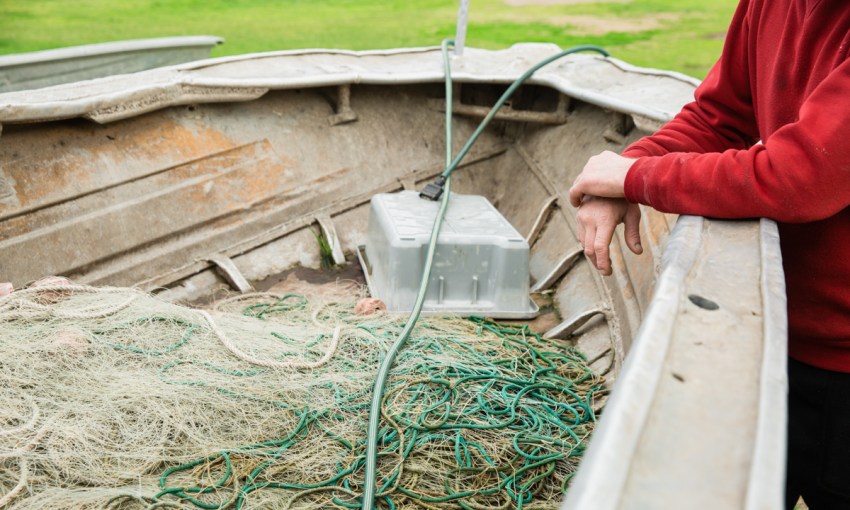 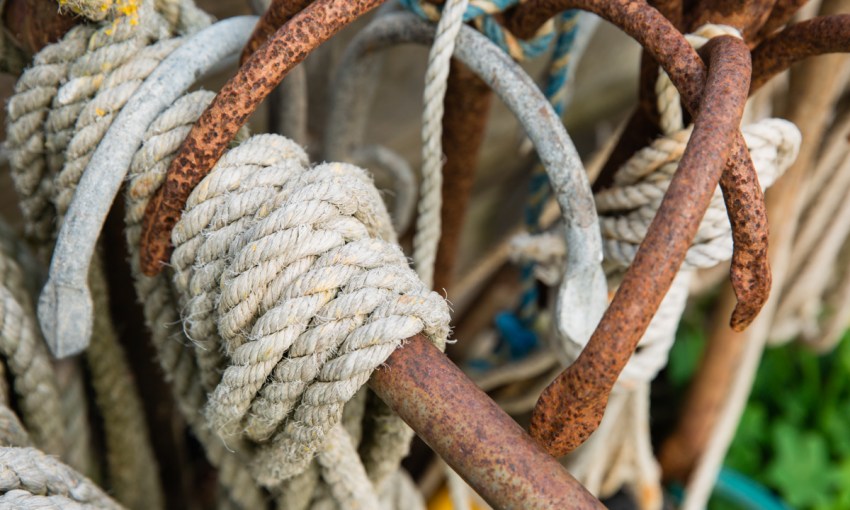 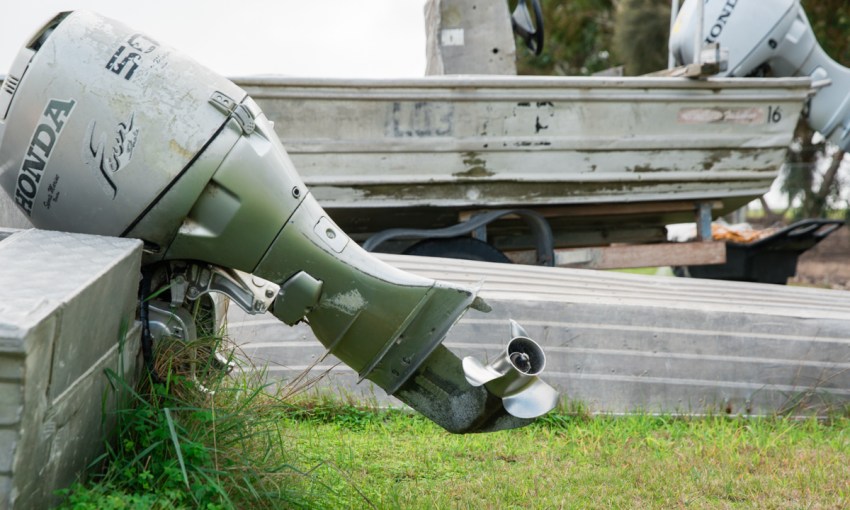 Glen Hill has been fishing professionally for more than 25 years, and in all that time his daily routine hasn’t really varied.

There are immutable laws of fishing, and Glen feels them in the early starts, the cold, the unpredictability, the danger and – of course – in the moments of serenity.

But what is not immutable is how fish get from Glen’s boat and onto South Australia’s plates.

Glen and his wife Tracy – his business partner – have their own fish processing factory in Meningie in the state’s South East, and while they also have a small direct-to-customer retail presence out front, most of their catch is handed to distributors and wholesalers. 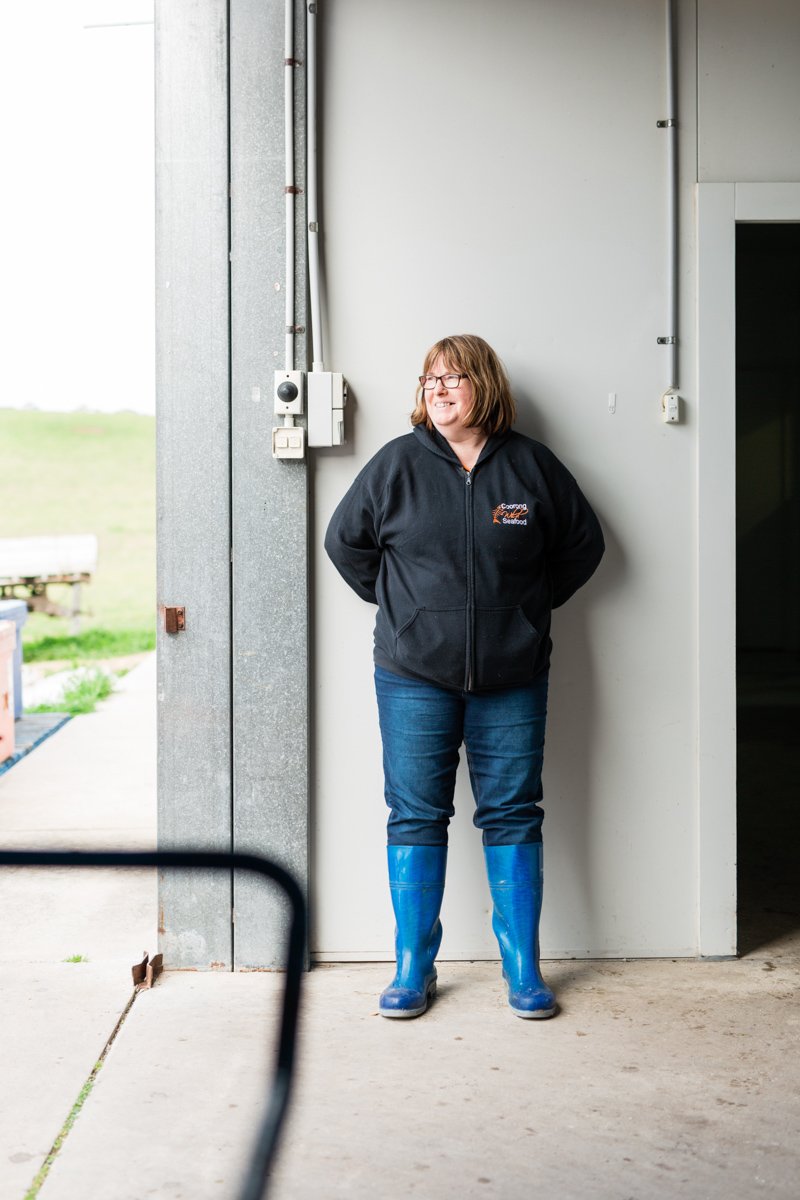 Tracy Hill already sells some of their catch direct to customers

From there, it can take days for the fish to pass through different hands and find its way onto a plate. Each time the fish is handled, it gets more expensive and less delicious.

So Tom Cosentino is helping to launch Fair Fish – a community supported fishery and accompanying app – to change that process.

FairFish creates a direct link between independent fishers like Glen and Tracy, and the people who want to buy their fish.

“As a conscientious citizen, it’s good to have traceability in your food,” says Tom who is acting as project manager for the project. “As a marketer for the fish industry, it’s a great tool to use to be able to sell your fish.”

“As a conscientious citizen, it’s good to have traceability in your food.” 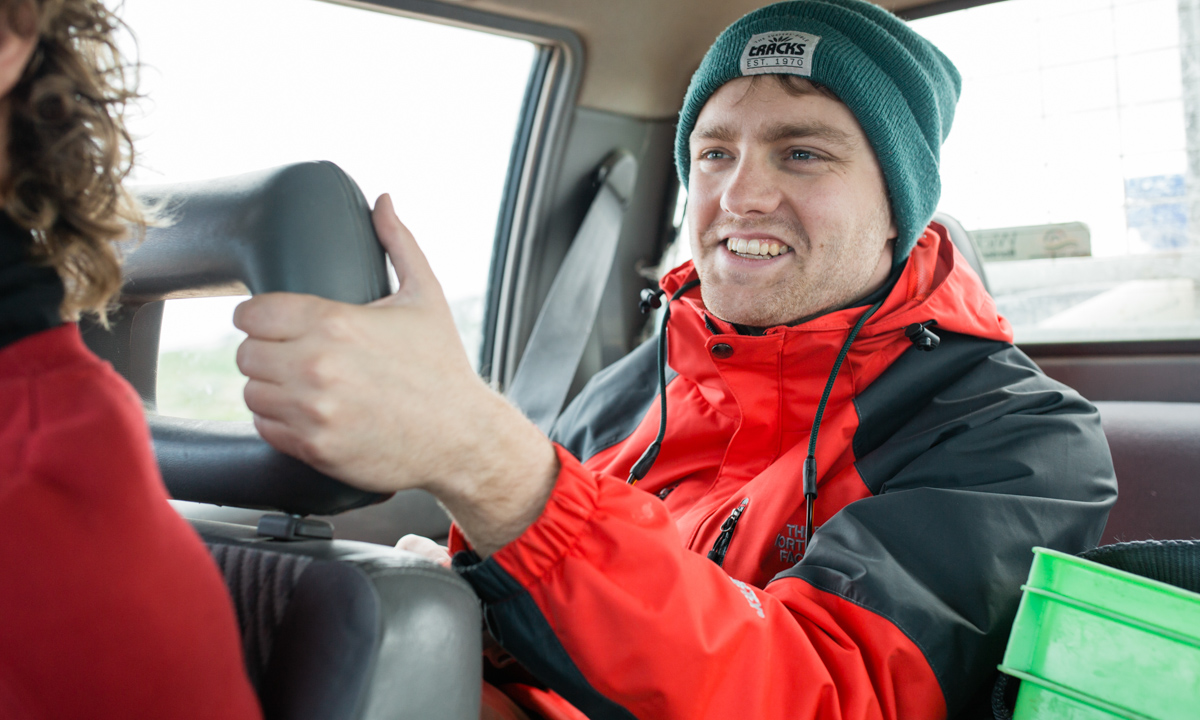 Part of the burgeoning subscription economy, Fair Fish consumers will sign up to get regular deliveries from local fishers that will be brought to their home within hours of being pulled from the sea.

While users will be able to choose not to have certain kinds of seafood included in their deliveries, the app encourages people to share in both the popular “primary” catch species (things like snapper or whiting) and also accept some of a fishermen’s still perfectly delicious, but perhaps lesser known, “secondary” catch.

Every delivery will come with recipe suggestions for each species, and Tom hopes that by diversifying seafood eating habits, independent fishing can be more sustainable and bring in a more stable income for producers.

“The way that it’ll work is fishermen will catch their fish and… because it’s been preordered and prepaid, the fishermen have a guaranteed price at which to sell their fish,” says Tom.

“If you have a guaranteed price for your primary species and a sustainable secondary species… it also means you can catch less because you know how much is coming in for those fish.

“For fishermen it’s basically, my mortgage depends on it – and now I’m finally getting paid for those, you know, those little trumpeter fish that I’m always catching.”

As well as bringing seafood direct to people who want to eat it, FairFish will also create an avenue for more SA fish to end up in SA restaurants. 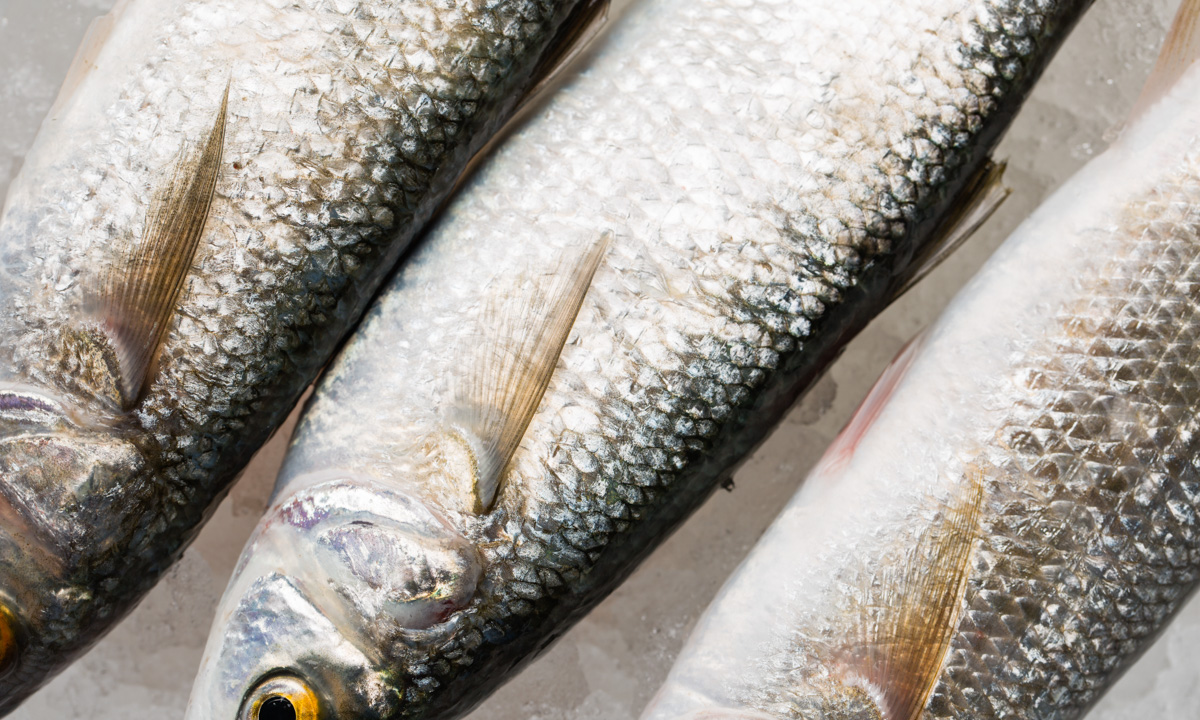 Out of the sea, onto ice, and straight into your mouth. Sounds like a plan

Currently, a lot of fish caught off the South Australian coast travels to kitchens in Melbourne and Sydney, where it can attract a higher price. But by offering the stability and trust of a direct relationship between supplier and chef, FairFish hopes to change that.

“There’s a commercial application that we can sell 12-hour old fish to local businesses,” says Tom.

“Restaurants pay a small transportation and stowage fee – in the order of about $2/bucket of fish – and then they get the benefit of having fish from a bloke just down the road, and… you pay less than what you’re paying at the Central Market. It’s three days fresher too.”

The major hurdle to getting FairFish working in SA is distance. Pulling together seafood from fishers along our state’s vast coast and then depositing it at houses and restaurants within less than a day is tough.

But, Tom and the Wildcatch team have recently been granted funding to conduct 12 months of feasibility studies by the Farming Together Program, which is a joint venture of the Southern Cross University and the federal Department of Agriculture and Water Resources.

For Tom, who studied law and commerce and is an accountant by trade, it’s been a “fish out of water” (sorry, not sorry) experience wading into the world of seafood – but he believes the hard work will be worth it if he can create something good for his city.

“Let’s just do something that we can be proud of,” he says.