New café Food Lore is the first brick and mortar from the people behind Cargo Catering, and it's leading the culinary charge in North Terrace's emerging western precinct. 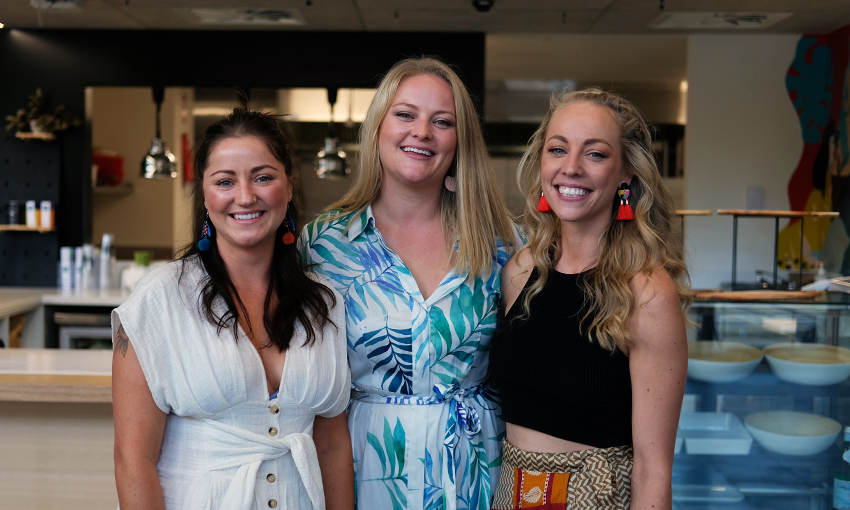 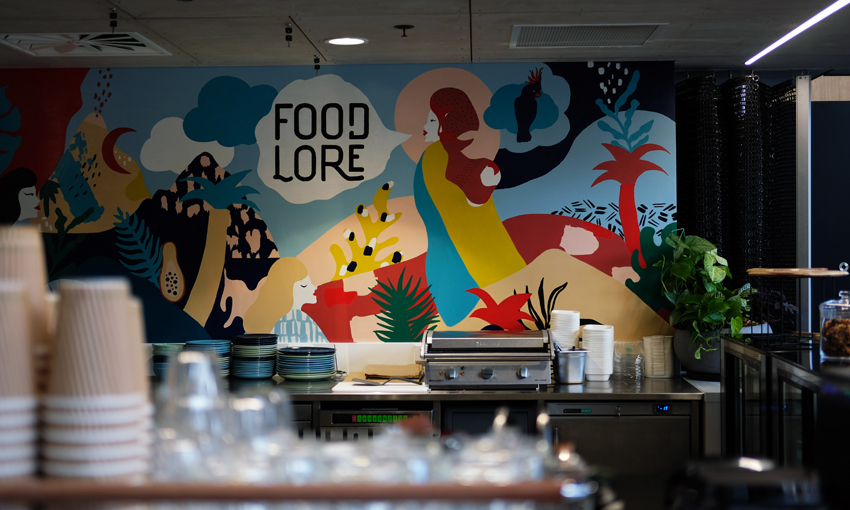 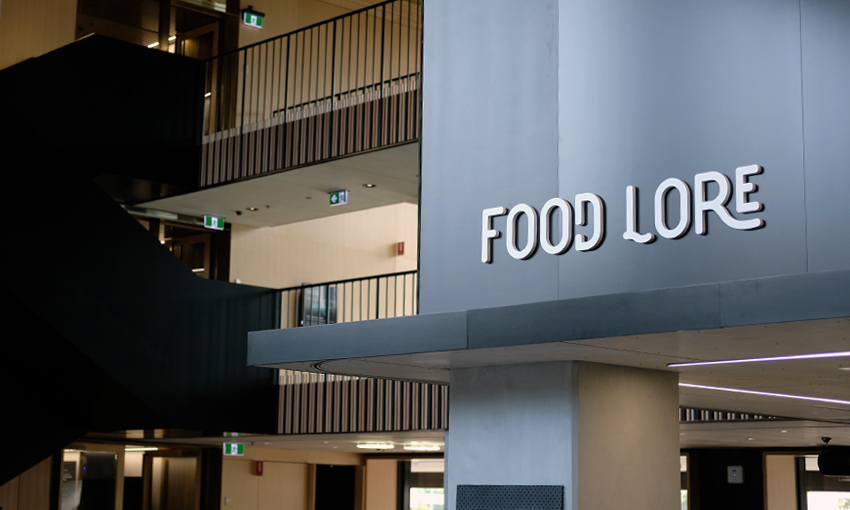 Sisters Chelsea Johnson, Nikki Lunn, and Megan Lunn did not intend to start a family business, and two of the three did not intend to work in hospitality at all. But yesterday the trio opened their third food and drink venture  – Food Lore Kitchen.

Food Lore is open from 8am weekdays. It will eventually trade seven days a week, with weekend operation commencing May 12.

Find them on the Ground Floor of UniSA’s Cancer Research Institute, which is also home to MOD, on North Terrace, near the intersection of Morphett Street Bridge.

As kids, the elder sisters – Chelsea and Nikki – worked in their parents’ restaurant, which was run from the family lounge room on Kangaroo Island every Friday and Saturday nights.

Despite this early exposure to the business, they took different paths as adults living on the mainland. Nikki became a nurse while Chelsea concentrated on raising her three children.

Younger sister Megan, though, had an insatiable appetite for learning about and cooking food. When Megan finished her chef apprenticeship, all three took the first step on the road that would lead them to become entrepreneurs operating multiple businesses.

“We wanted to give Megan a platform where she could cook her own things,” says Nikki.

“I rang her one night after a couple of glasses of wine and said, ‘have you got a deposit for a food van? Because I want to start a food truck’.”

The food truck would eventually evolve to become Cargo Catering – a success story that now supports all three sisters and a commercial kitchen on Goodwood Road. It was a logical next step to create The Speakeasy Hotel – a mobile bar – that could run alongside the catering or separately from it.

Their next move – Food Lore Kitchen, which opened yesterday on the ground floor of UniSA’s new Cancer Research Institute, was not so natural.

Instead, Chelsea, Nikki, and Megan were approached by UniSA and asked if they would like to express interest in operating a bricks and mortar space on campus. After some initial hesitation – “it’s scary to employ all those staff full time,” says Chelsea – they decided to take the opportunity.

Now, installed in the building that contains teaching spaces, research labs, offices, and the soon-to-open Museum of Discovery (MOD), they’re glad they did.

“And we’ve been involved in all the meetings with MOD, and have sat in with the robotics technicians and people who have flown out from Spain, and it’s been amazing to see it all,” adds Chelsea.

The offering at Food Lore has been developed in keeping with the philosophies the trio brought to their existing businesses.

The suppliers are local – with Dawn Patrol roasting the coffee and Fleurieu Milk also on board – while the food is globally-inspired.

“When we first started the food truck the idea was global street food,” says Megan. “We’ve brought that idea over – but it’s a little more refined, and very seasonal now. And healthy too – very fresh and healthy.

“We also make as much as we can ourselves, including our own ricotta and our own bacon – so we’re trying to do everything from the ground up.”

The Food Lore space has been designed to stand out amid the monochrome aesthetic of the building it sits within. Graphic designer Alysha Menzel created an enormous and colourful mural, which was then painted by Kaspar Schmidt Mumm.

“We wanted something to make us stand out and warm up the space a little bit,” says Chelsea.

The mural is certainly welcoming. But it’s the hospitable nature and exceptional abilities of Chelsea, Nikki, and Megan that will make Food Lore another chapter in their success story.