The wait is over. South Australia's favourite regional restaurant has opened in the middle of the CBD. 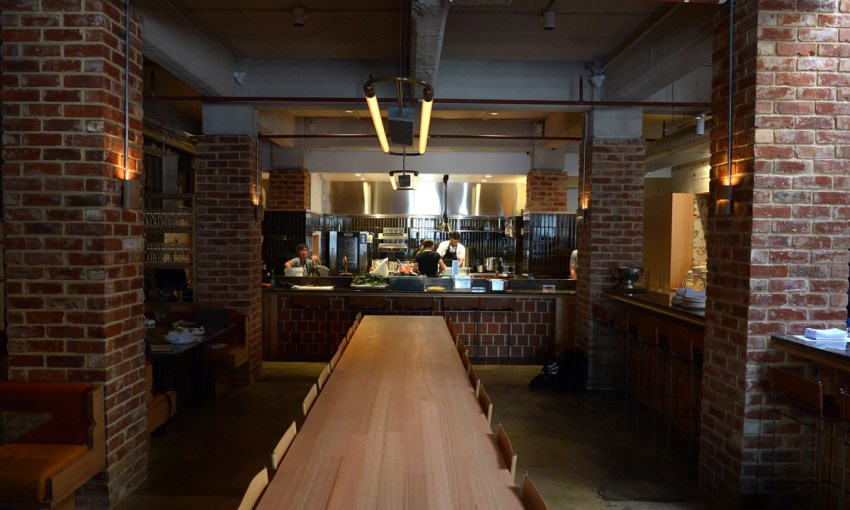 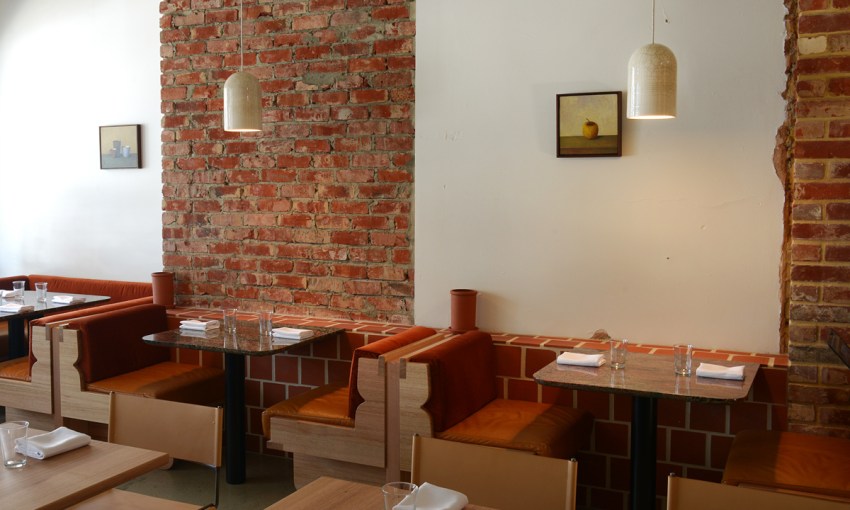 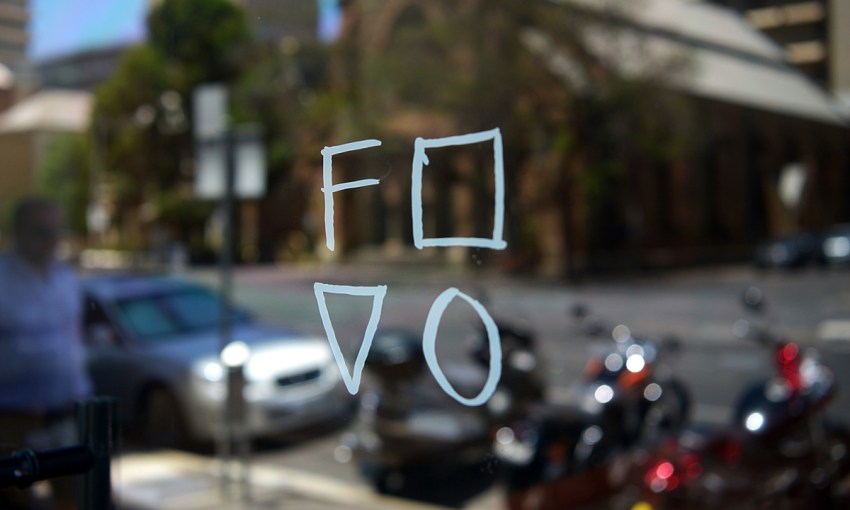 When CityMag meets Sharon Romeo and David Swain at their new CBD venue, Fino Vino on Flinders Street, there is less than 48 hours to go until doors officially open for the first time.

Sharon has stolen a brief moment to sit and refuel with a snack, and David is immersed in the kitchen as we approach the back of the space.

The chef team, headed up by former L’Italy chef Joe Carey, has only had access to the kitchen since Friday last week, and so, between visits from media and tweaks from electricians and other tradespeople, the crew has been cramming as much time on the tools as possible.

The kitchen is a dominant feature of the space. Through the front door, light spills into the short walkway and across the banquette seating; beyond here, the room opens out into a bar on the eastern wall, booths to the west, and a long communal dining table through, leading up to a final run of seats right at the bar of the kitchen.

From the centre of the room, the kitchen looks like more than the sum of its functional parts – it’s a performance space, a fully kitted-out television sound-stage kitchen, sans the glass barrier between viewer and chef.

It’s the most open kitchen Studio-Gram has designed, the firm’s co-founder Dave Bickmore says, even more than Shōbōsho, and this is both for reasons of utility and design narrative. 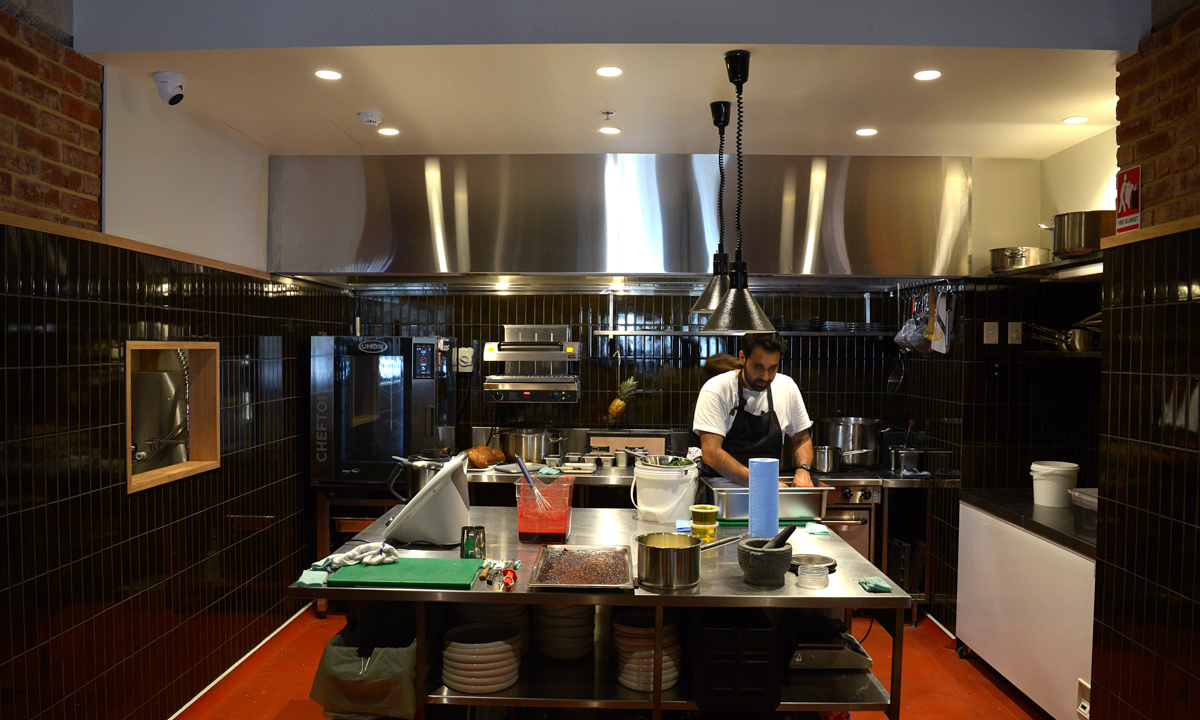 Chef Adrian Bernadi at work in the Fino Vino kitchen

“We felt like this space needed something to bookend it, because it gets quite dark in here, and kitchens provide a good source of light,” he says.

“But also, their style of cooking, it has almost a domestic kitchen island feel to it. It feels like someone’s cooking at the kitchen island… I think it does have a residential feel to it, which is nice.”

The story of Fino, the Willunga restaurant founded by David and Sharon and then moved to the Barossa, is also conveyed through the materials used in the space.

The Studio-Gram team wanted to convey the juxtaposition of a revered regional restaurant coming into the city, as well as the Fino brand’s obsession with its South Australian provenance.

Harlequin stone from the Flinders Ranges is used throughout, sourced from a quarry run by Tillett Memorials. It’s colour palette and the pattern of its grain reads as a South Australian landscape, Dave says.

“I reckon about 18 months ago, we came across a sample of it and thought, this is beautiful. We didn’t know where we could use it,” Dave says.

“It’s such an unusual stone, I don’t really know where you would use it outside of this venue.” 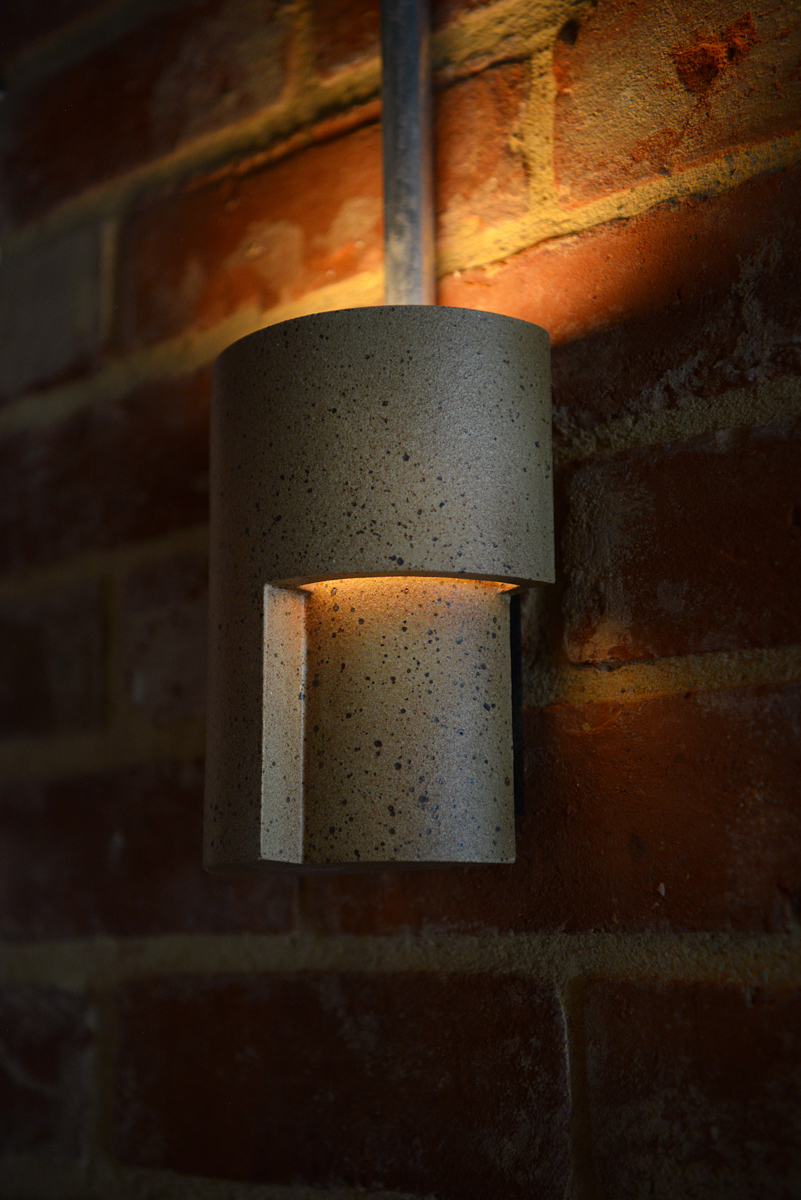 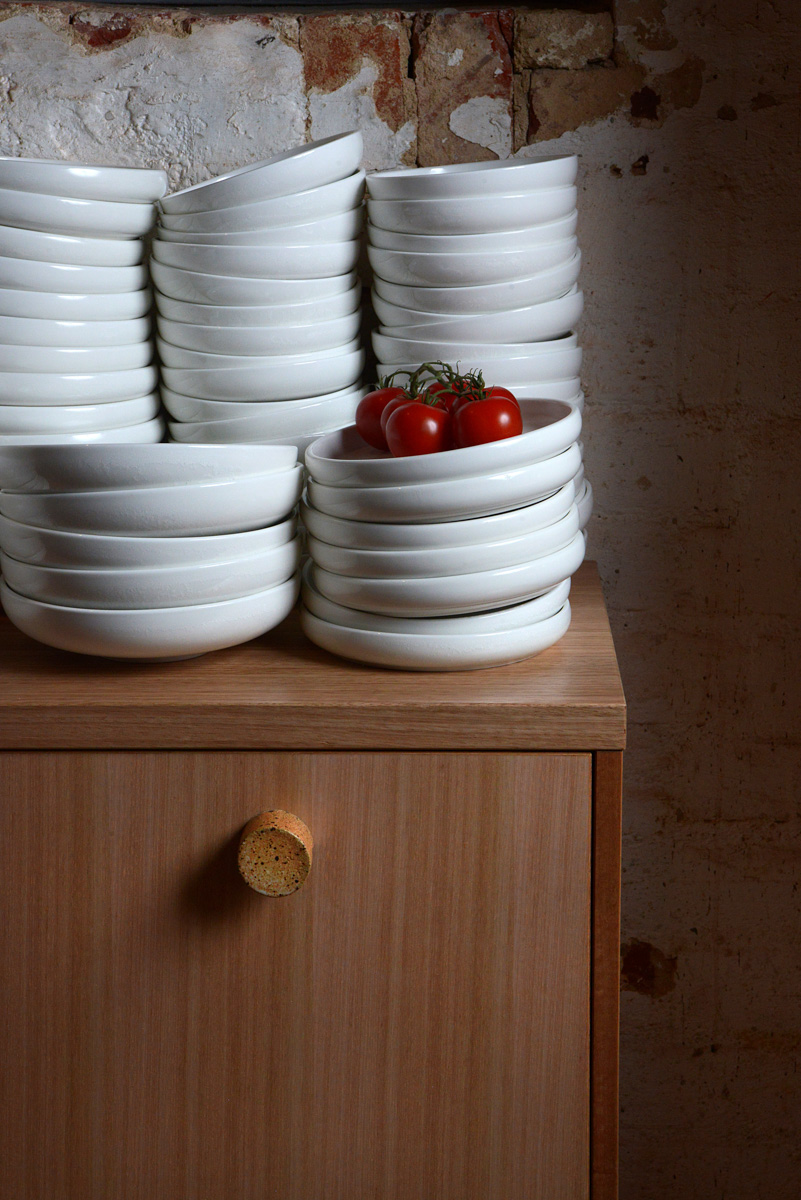 Elements of South Australian work can be found elsewhere in the space. The ceramics are sourced from Handmade and Found, which is run by Saul Scanlon, and with work by Ebony Heidenreich, such as the lamps on the red brick pillars and joinery pulls; and Agostino & Brown have supplied the seats.

The only elements that aren’t from South Australia are the coat hooks and the feature lighting above the communal table, a work salvaged from a Ukrainian industrial park, restored by Blom & Blom.

This space is an evolution of the Fino brand, Sharon says, and as well as their core ethos, there are design elements that have transferred into this new space.

“We’ve got some unfinished works on the eastern wall when you walk in. So all the vessels are unfinished – perfectly fitting for the unfinished wall. Then there’s one finished piece, it’s magnificent, on the only finished, painted wall.

“Her still lifes are timeless, and so is this.” 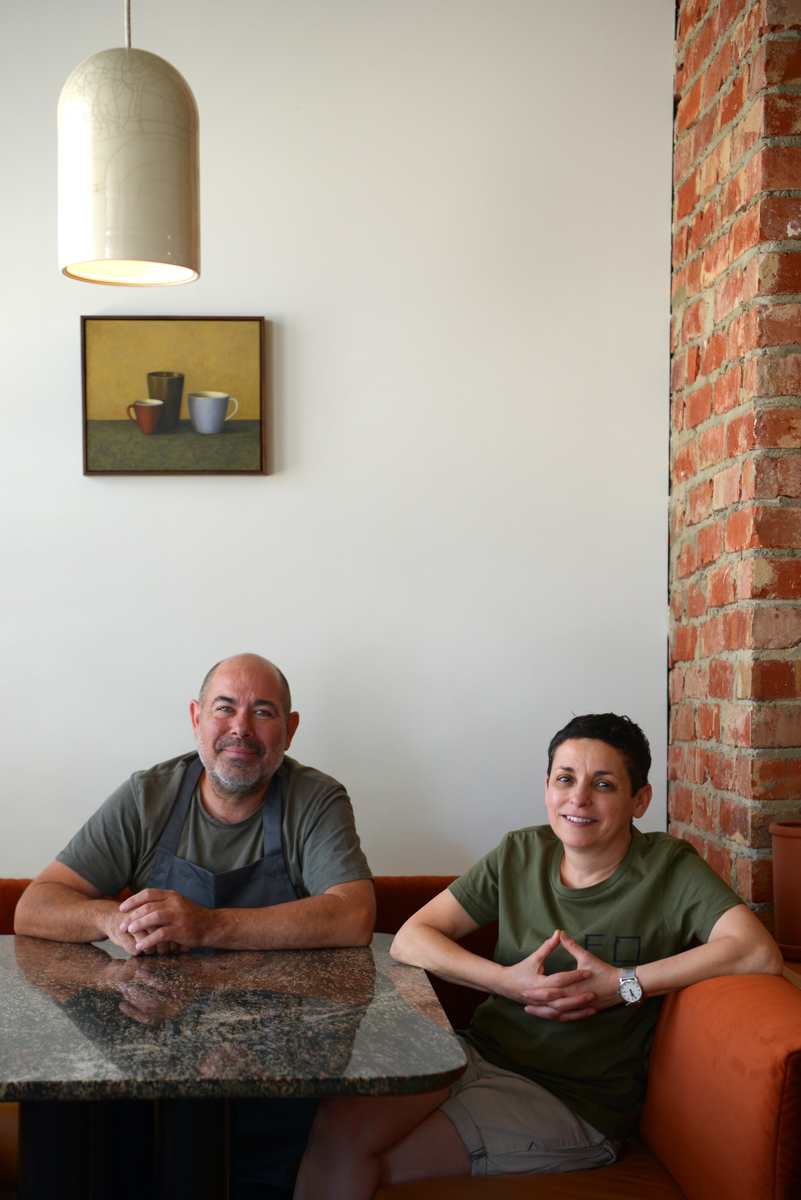 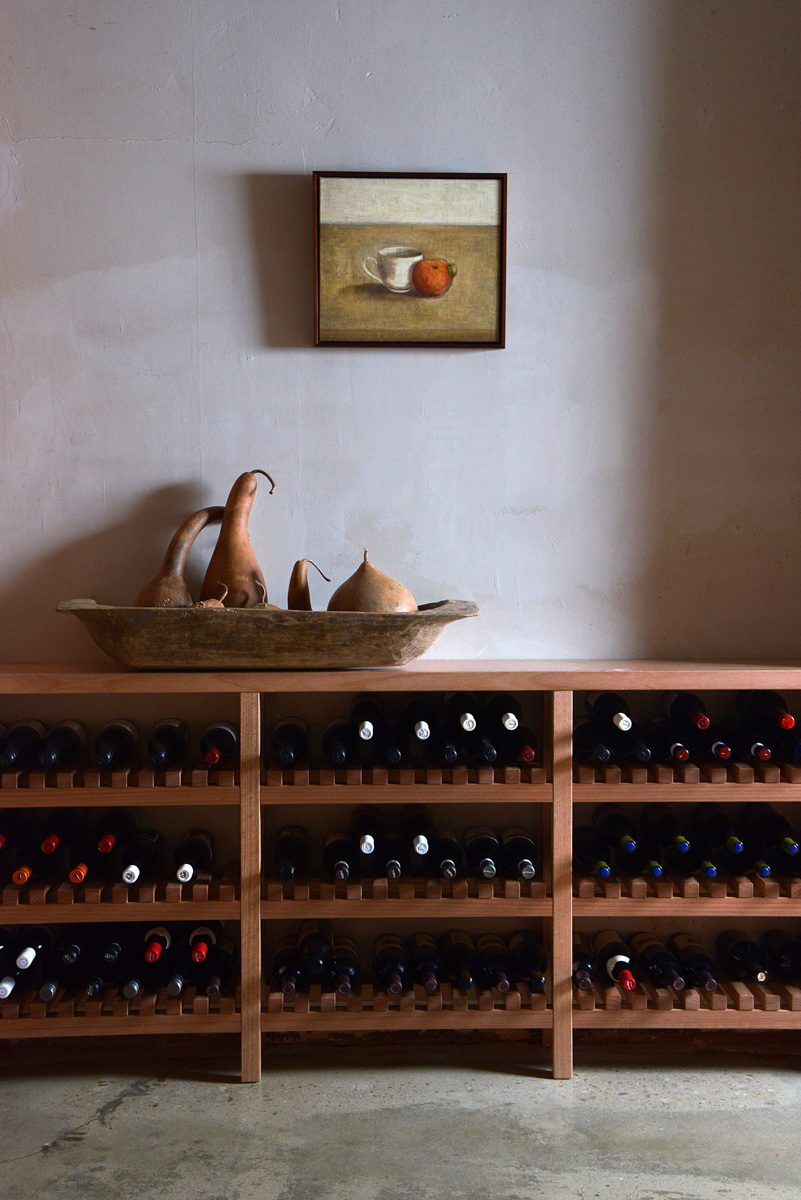 And while the space feels open, there are smaller intimate spaces created by the architects, which Sharon says harks back to Fino Willunga.

We enquire about the food menu, to which David smiles slyly and says he wishes he could tell us more, but the work of honing and refining is still being done, as the week of breaking in the kitchen continues.

But, he says, fans and followers of their journey to date will recognise the central Fino ethos at this new city venture.

“Working with small producers is bloody expensive, which is a great thing, because you can do really good food, because the product initially is fantastic,” David says.

“The brief is so simple: food that is not mucked around with, you can see every component in the food, and Joe and I have been working together to get that right, and he’s absolutely nailed it, which is fantastic.

“Something like the King George whiting that will be a dish – line caught, straight from the fisherman, straight to us, we’ll gill, gut, hang it, air dry it, fillet it, and the dish is so simple. Raw fish finished off with green tomato, that’s it.” 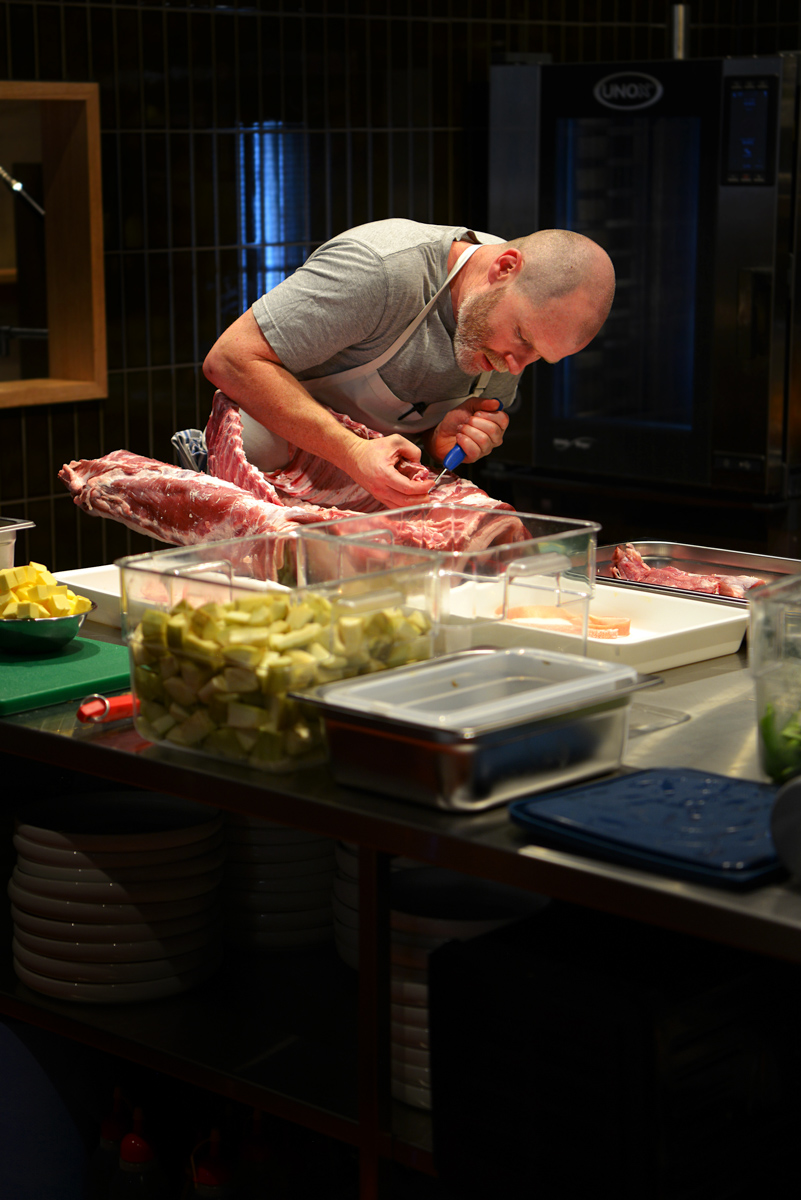 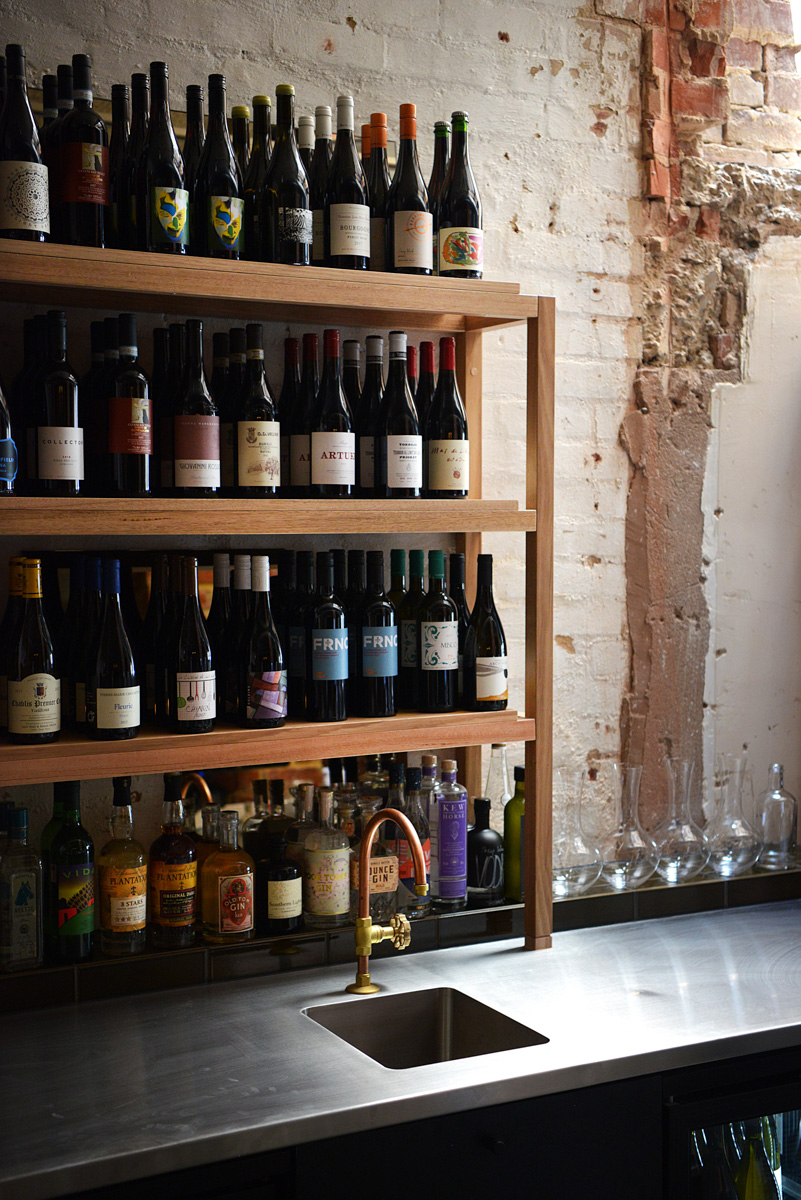 Above: That natural light tho. Right: Head chef Joe Carey

In the drinks realm, Sharon says the focus will be on small producers and a lot of the relationships she and the restaurant have already built.

“The wines are always selected on the style and weight and textures of our food, so that’s always been really important,” she says.

“Always interesting wines; I always like to take people on a journey. Nothing too out there though. A few nice cocktails. We love sherry and amari, so lots of bitter drinks.”

“When you meet these young people you’ve never met before, who just share your values and what you want to create, it’s a beautiful thing,” Sharon says.

With so much earthen materiality throughout the restaurant, it already has a lived-in feeling. The only sign we’re in an as-yet-unopened restaurant is the squeak of leather seats as we sink in.

“I think by February, it’ll feel like we’ve been here forever,” David smiles.

Fino Vino is open Monday through Saturday: Tuesday to Friday from 11:30am ‘til late and Monday and Saturday from 5:30pm ‘til late. 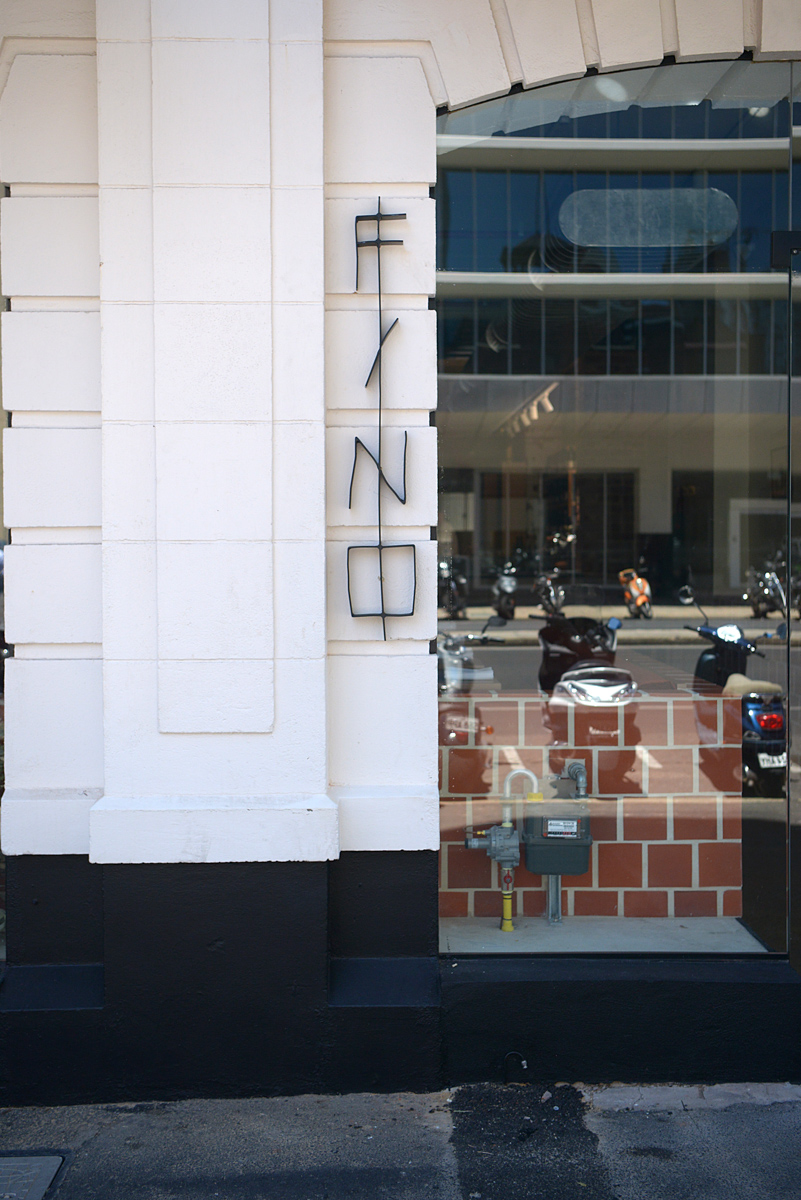