Having migrated to Australia in the 1960s seeking a better life, Imma and Mario Caporaso's family has helped to flavour a cultural revolution in Adelaide's north-east. 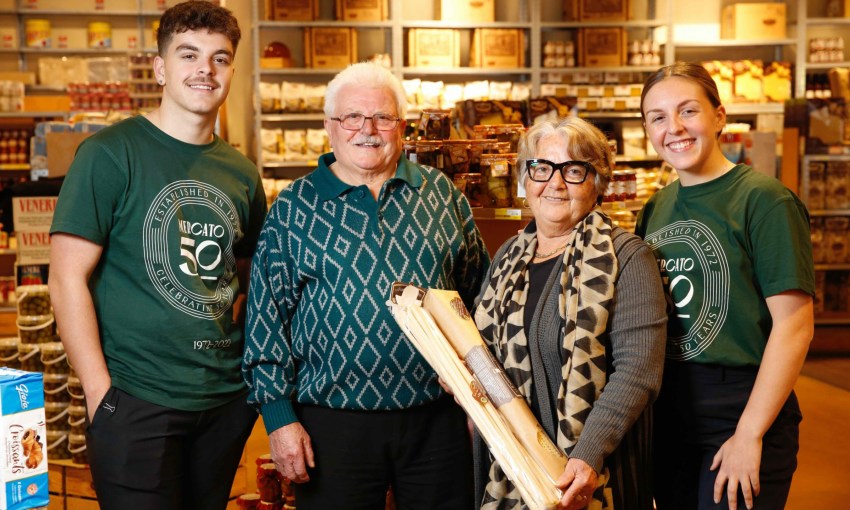 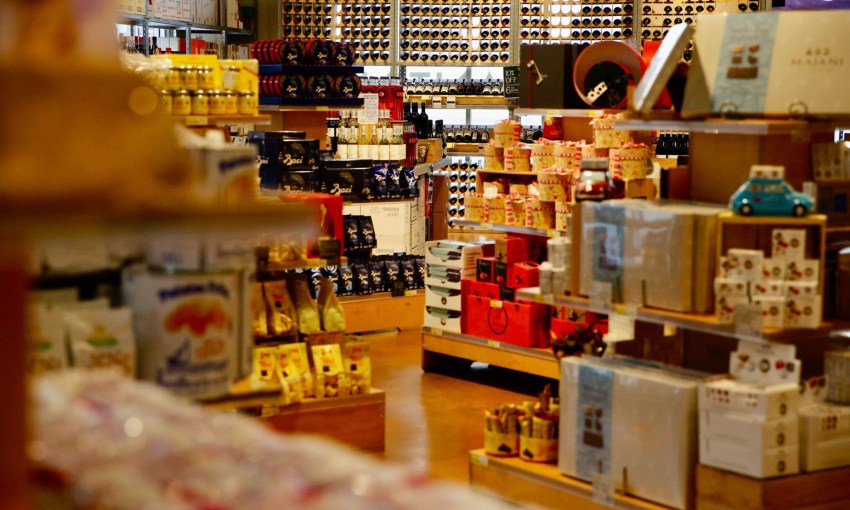 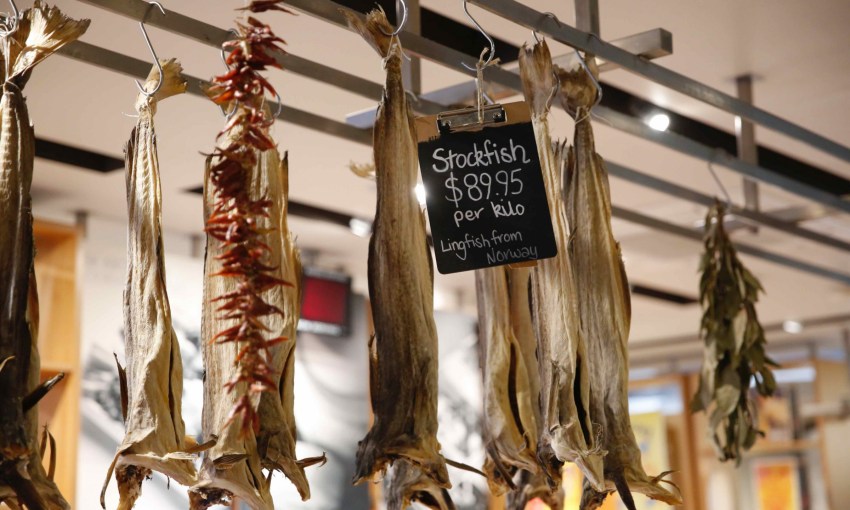 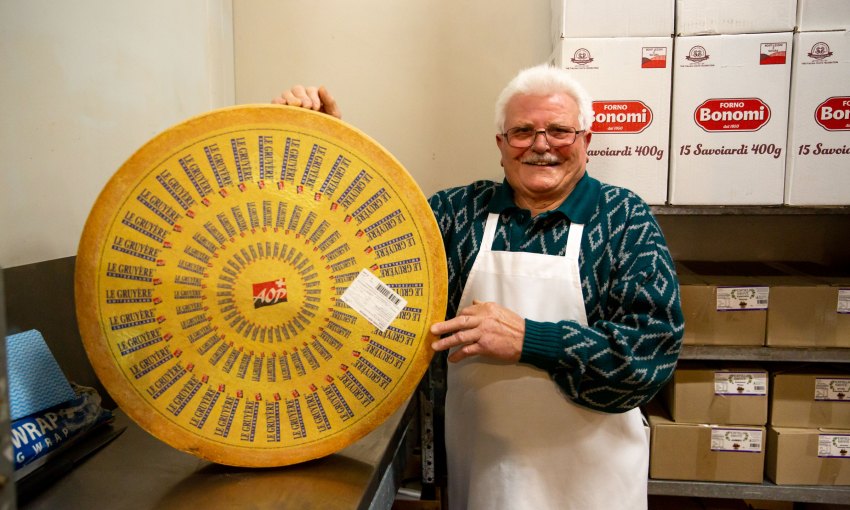 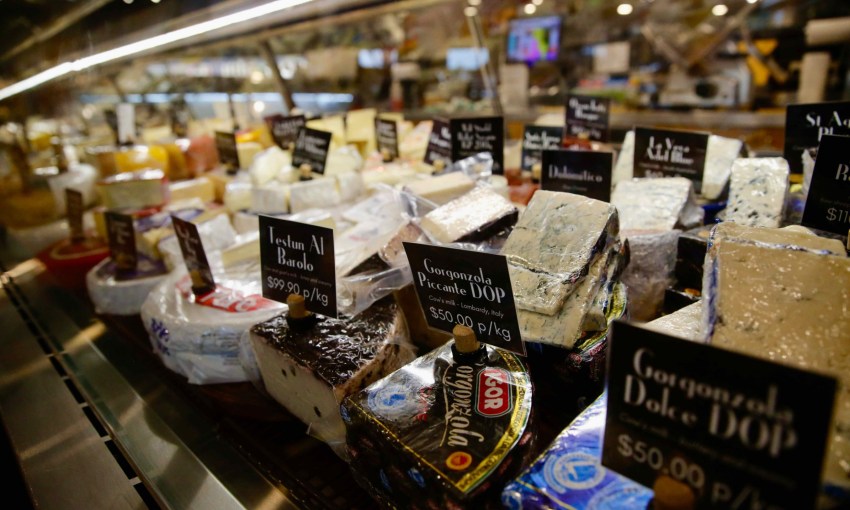 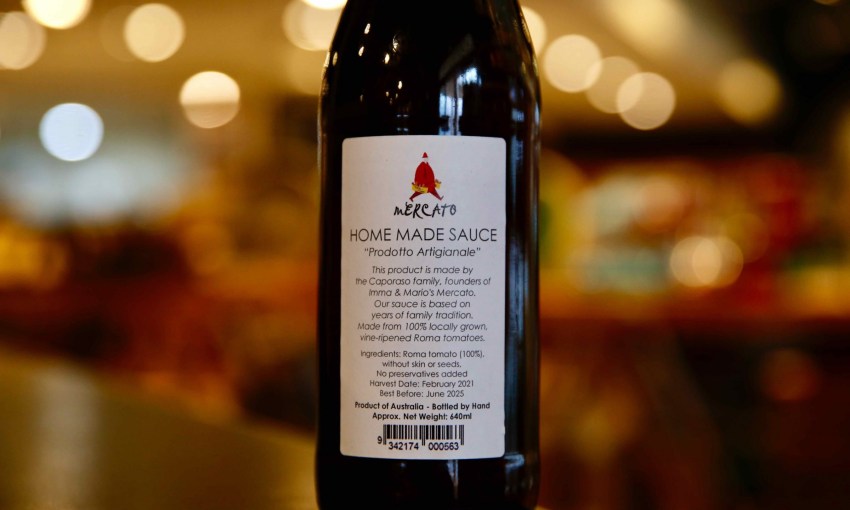 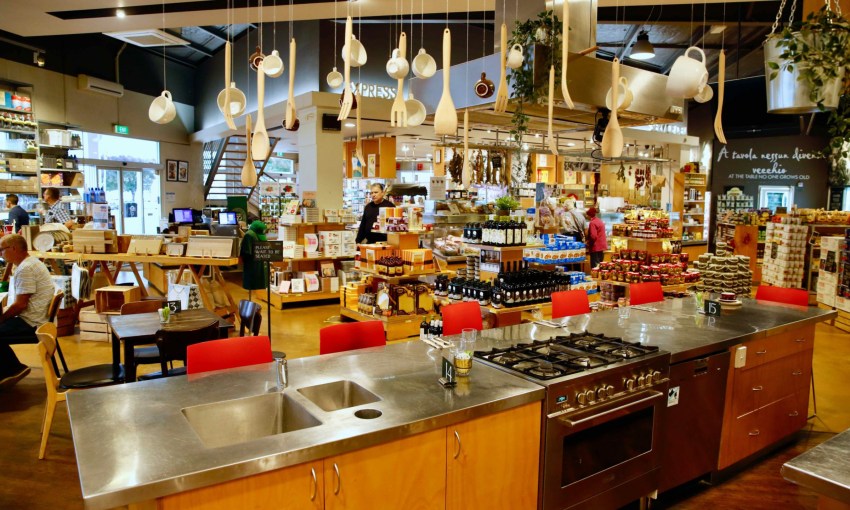 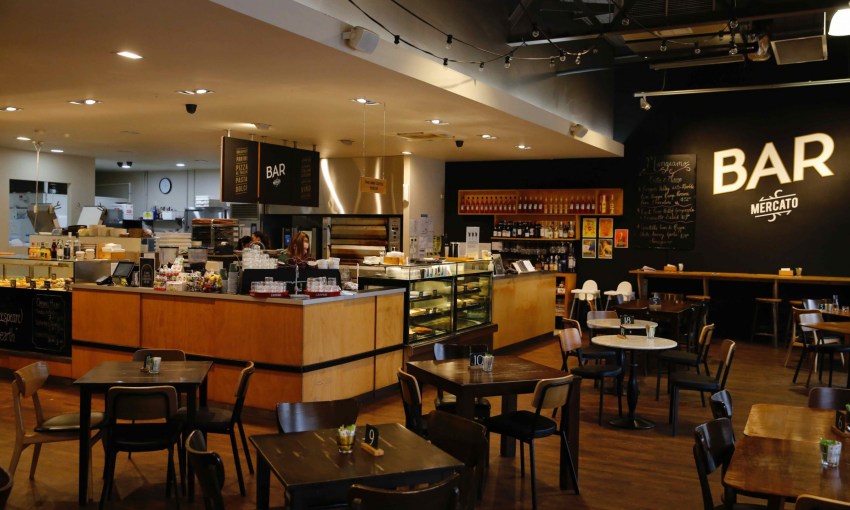 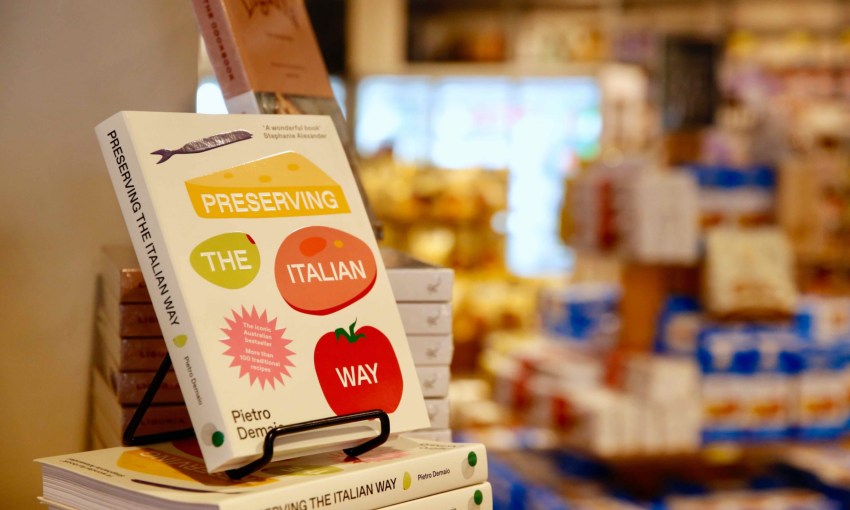 Dried ling fish from Norway hang above a smallgoods deli window chock-full of gourmet Italian prosciutto and salumi, marinated calamari and a dozen types of olives.

The other side of the counter offers a sweeping array of cheeses from giant wheels of Swiss gruyere to soft Piave Mezzano from Veneto, stringy provolone from Lombardy and gorgonzola from all over.

A plethora of traditional sweets, from biscotti to cioccolato, are dispersed among displays of preserved antipasto, olives and pesto – all surrounded by walls stacked with pasta, flour and tinned tomatoes.

This smorgasbord of gourmet Italian fare would have been the stuff of dreams for Mario and Imma Caporaso when they migrated to Australia in the 1960s.

Back then, you would have been hard-pressed to find a single cup of espresso, slice of prosciutto, bottle of olive oil or hunk of beautiful Italian cheese.

“Both of our families worked on the land in southern Italy and we came here looking for a better future,” Imma says.

“We came here speaking no English. I was nine at the time and I thought, ‘I’m going to Australia; it will be an easy life and I won’t have to work any more’.”

Her innocent dream couldn’t have been further from reality, yet Imma came from tough stock – her father fought in World War II and was held as a prisoner of war in India for eight years.

Imma remembers as a child knocking on doors with her mother, who was looking for work, asking people if they needed a cleaner.

We used to give people coffees when they came in, you can’t do that now, but we had a very good name and our customers would follow us wherever we went.
—Imma Caporaso 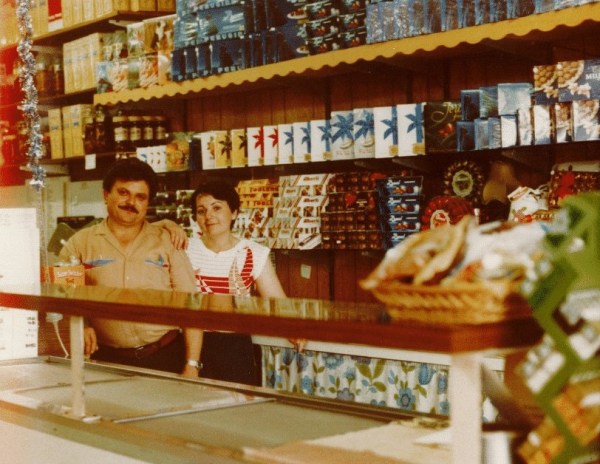 Imma and Mario started their first continental deli in 1972

Imma dropped out of school after Year Seven and began making knitwear. She met Mario, a bricklayer from Campagna who was also from a farming background.

“I was knitting jumpers at home, there was wool everywhere and we got sick of it. So, I found myself a job in a deli and I loved it so much that in 1972 we got our first shop,” Imma says.

At their first humble deli at Rostrevor, Imma and Mario introduced Italian grocery items that weren’t stocked by the supermarkets of the day.

“We introduced things like prosciutto and olive oil to Australian people. Back in the ’70s you couldn’t get a de-boned prosciutto so Mario had to be the butcher,” Imma says.

“When we started in 1972, we had customers from Noarlunga coming to our deli at Rostrevor.

“We used to give people coffees when they came in – you can’t do that now, but we had a very good name and our customers would follow us wherever we went.”

The couple shifted the location of their store several times over the years.

“There used to be a lot of corner stores and Italian delis, but not many had the variety that we did,” Imma says.

“We worked seven days a week. Our shop would be open from 7am to 10pm at night and I had two children; I don’t know how I did it. It was only the two of us and my parents couldn’t speak English, so we were there every day, including over Easter and Christmas.”

Their son John took over the business in 1999 and, with an appetite for expansion, opened a new, much larger store at Campelltown in 2005. 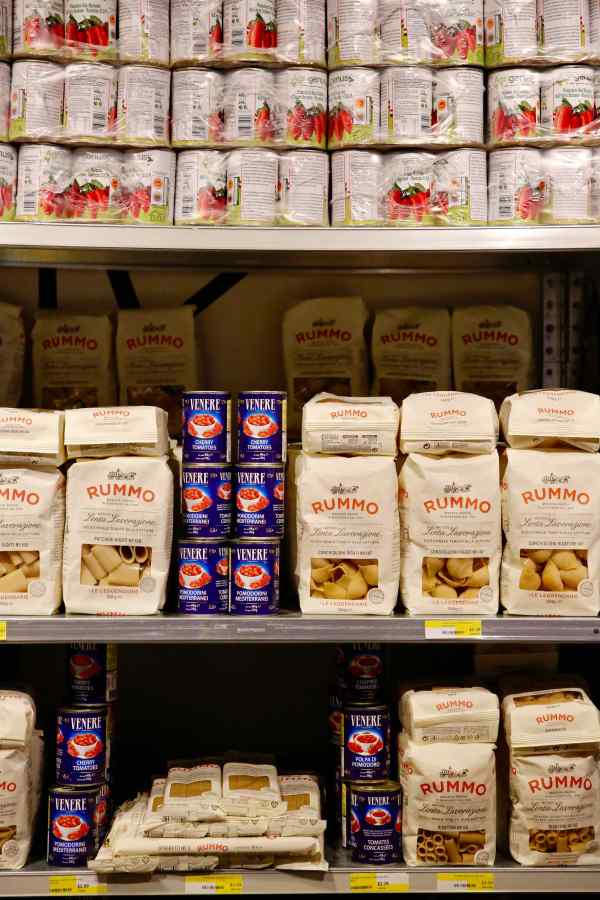 Launched as “Imma and Mario’s Mercato”, the business name was later shortened to simply Mercato.

Today run by John, Mercato is a gourmet food emporium and a supersized, modern version of the family’s first deli.

Imma and Mario spend about four days a week in the store working alongside their son John and grandchildren Jianna and Massimo.

Mario is the “cheese man”.

“I cut up the big cheese wheels, grate cheese and vacuum-seal cheese and smallgoods. Then I sharpen the knives, clean outside, water the pots and look after the plants,” Mario says.

Jianna and Massimo’s younger sibling, Valentina, also has aspirations to work at Mercato – but there is no family favouritism; everyone starts from the ground up.

“My brother Massimo and I started doing dishes while we were still at school and worked our way up,” Jianna says. 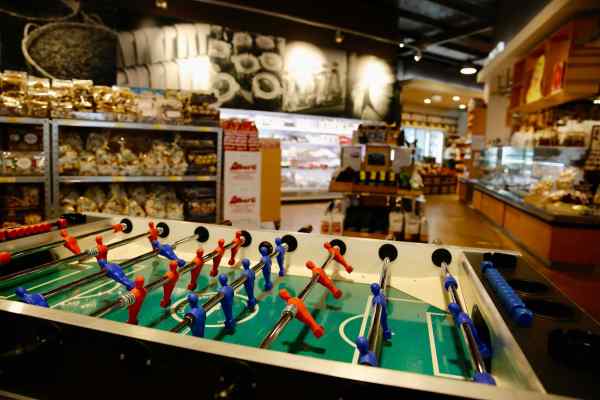 Along with imported gourmet produce, Mercato stocks fresh pasta hand-made by Imma and a group of nonnas that can be seen every week whipping up a large batch using the kitchen bench in the middle of the store.

Then there’s the Caporaso family’s passata, which started as a small-scale family tradition and has been scaled up for mass-production.

Last year, Mercato made 13,500 bottles of passata, manufactured at the Mercato warehouse.

Each day that Imma and Mario are on hand at Mercato, it’s clear that they are held in special regard.

“Not many people have the opportunity to work in a family environment like us.”

To commemorate the Caporaso family’s 50 years of business, Mercato will host a series of events across the year, including a 50th Birthday Gala Dinner at Plant 4 Bowden on August 13.