Chef Emma McCaskill is moving out of the Sparkke at the Whitmore kitchen into a consultative role with the pub. She speaks with CityMag about the catalyst for this decision and what the move means for her career.

At the end of this month, renowned Adelaide chef Emma McCaskill will leave her role as head chef at Sparkke and fare at the Whitmore, after 14 months in the position.

She will instead continue a working relationship with the pub in a consultative role, while fostering her career in the hospitality industry outside of Sparkke.

Emma has worked in kitchens across the world over the last 18 years – from Narisawa in Tokyo, Sat Bains in Nottingham, England, Tetsuya’s in Sydney, Ezard in Melbourne, and locally at Magill Estate, The Pot and, of course, Sparkke at the Whitmore.

She and the pub’s founders characterise this next move as “a step back and up.”

When Emma came into the business in April last year, she and her family bought a stake in the pub, and so this move away from day-to-day operational duties is not a move out of the business.

Menus at Sparkke and fare will no longer be designed or developed by Emma, but her consultative role will see her develop strategies for Sparkke at the Whitmore’s cultural growth.

This is something Emma was already doing in her role as head chef, but she says moving out of the kitchen will allow her to focus more energy on how the business will develop.

“Running a restaurant is a huge role, and there’s often times where – particularly when it’s busy – you don’t get a chance to work on guest chef programs and developing the business more, unless you do something like this,” Emma says.

“It’s really just about having the chance to actually grow the business – and I don’t mean financially, but develop the programs within the business more, which is pretty exciting.” 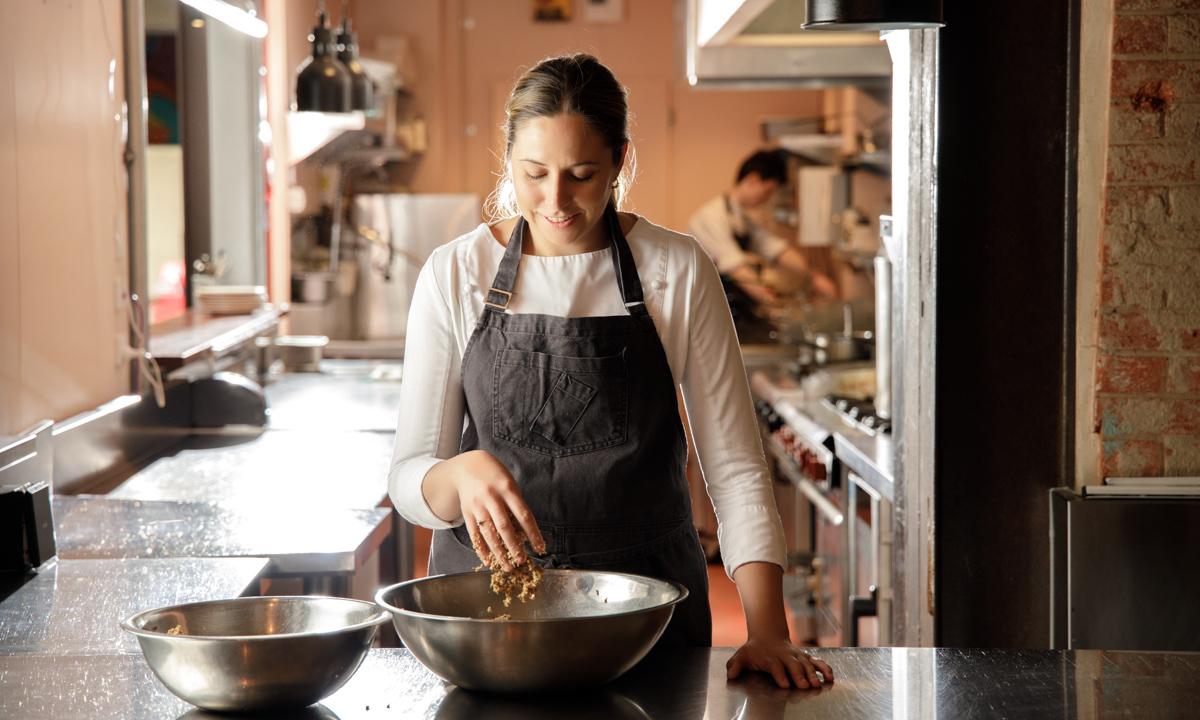 Some developmental discussions about Sparkke at the Whitmore’s future had been underway prior to the giant spanner that is COVID-19 being thrown deep into the cogs of the hospitality industry. And while as Australia’s restaurants, bars and cafés recover, there’s little long-term planning that can occur, but Emma is looking forward to the opportunity to think deeper about what comes next for the pub, and the industry at large.

This shift in thinking about her role in the industry came from the advent of the pandemic.

“With everything closing, I think most people really reassessed what they were doing, and we saw an opportunity to re-evaluate what we were doing,” Emma says.

“I really decided that this is a really good career move for me, and also for Sparkke.

“By no means is this me doing this because it was overwhelming or anything like that, it’s really about growing the business and me developing at a higher level in my career.

“It’s also enabling me to do some of my own work, but also continue work with Sparkke, so it was kind of like a no-brainer.”

No-brainer or not, the decision wasn’t easy. Some of the staff Emma has in the Sparkke kitchen have been working alongside her since her days at The Pot.

“They’re like my family. In a way I feel like I’m leaving them, but in a way I’m not because I’m still supporting them, but just in a different realm,” she says.

“I’m also excited for them, because this will be a really good opportunity for them to continue growing. And honestly, they’re such a good team. Oh my God. And I’m really excited to see how they grow as well.”

As yet, there has been no successor announced for the head chef role.

In her 14 months as head chef, Emma worked with the Sparkke ownership group to create a kinder and more sustainable method of work for her team in what can often be a harsh industry. The kitchen has operated on a four-day work week model for the last year.

Emma and the Sparkke kitchen team in 2019.

Staff Care Day :: the Whitmore closed Tuesday 30th July 💕 Our awesome team will be practising what we preach this coming Tuesday and taking a well-deserved rest, it is also an opportunity to do some training and ensure all our staff have the most up to date knowledge on our products and service. We hustle hard at the Whitmore and want to consistently give you the best experience possible. Taking care of ourselves and each other is vital to make that possible! The Whitmore will be closed for Tuesday 30th only ⚡ Apologies for any inconvenience caused, we'll be back on Wednesday 🙌 📷 Aubrey Jonsson #thewhitmore #selfcare #team #adelaide

Outside of Sparkke, Emma will be pursuing further education to allow her to lecture, and she’ll be working alongside Paul Baker to help grow Chefs on Wheels – the business Paul founded, alongside his wife Annabelle Baker and Jimmy Day, in response to the coronavirus crisis shutting down restaurants.

Emma spent a year working alongside Paul at his former workplace, Botanic Gardens Restaurant, before joining Sparkke, and he two are “best mates.”

“I’m just looking forward to cooking with a friend and growing a business with him as well,” she says.

“It’s very early stages for Chefs on Wheels, and it’s going to require a lot of support and drive from us. And it has done so well through this period, which is amazing.

“I’ll be developing products with them as well, which will be good… But really, I won’t know what it looks like until I get in there and start it,” she laughs. 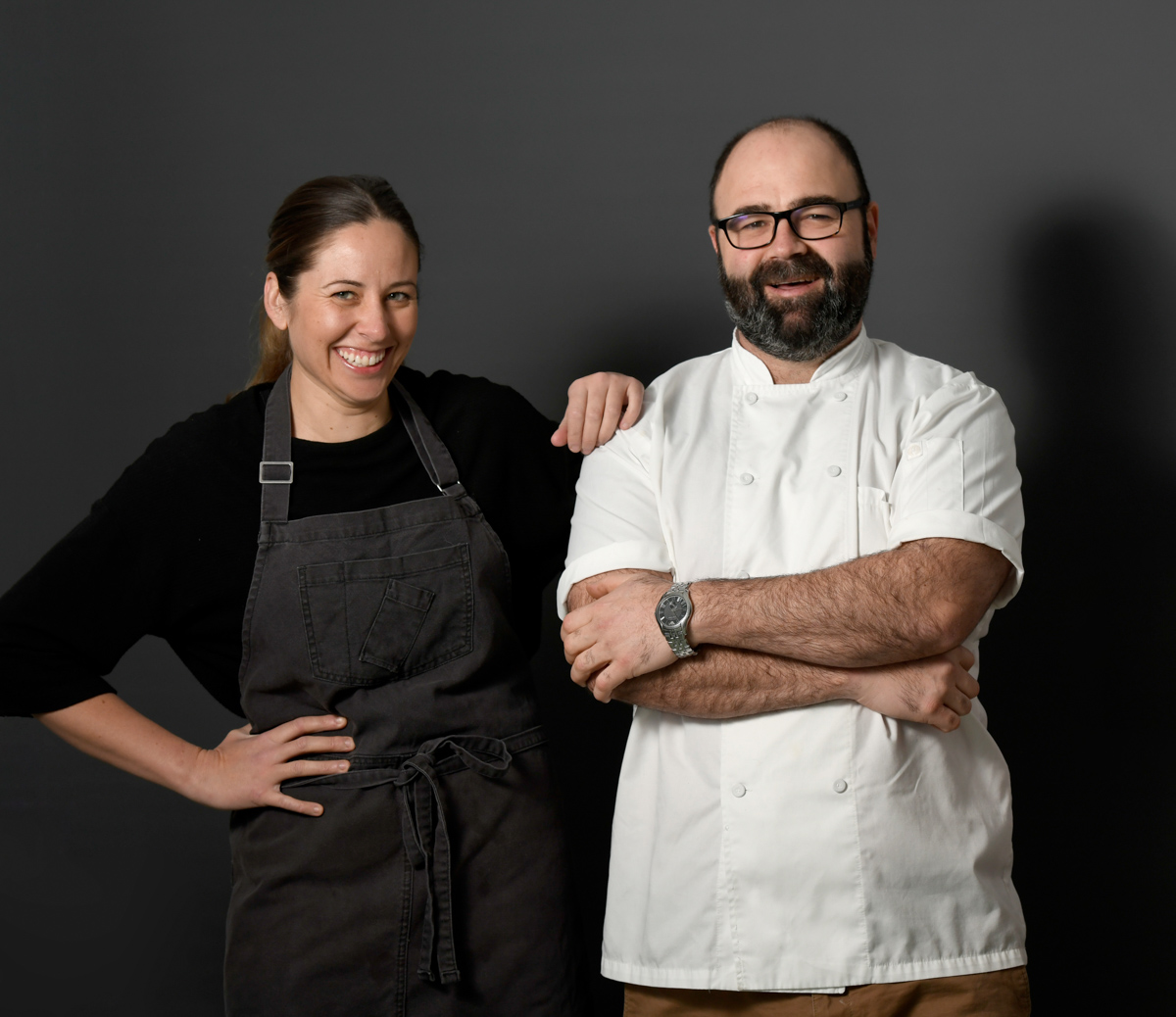 How Emma’s career will unfurl from this new angle on her profession – and how she’ll manage to also keep catering and hosting cooking demos, as she says she will – will only become evident from July onwards.

But the opportunity, in Emma’s eyes, is limitless.

“I’m pushing myself outside of my boundaries and learning, and that’s what I’m really looking forward to,” she says.

“And I think it will be really good for me, because I’ll be doing things and learning about things that I wouldn’t have the chance to do if I were to stay in the same role.

“By doing this, I can still be involved in everything, but in a different form, and I’m learning from that new form. I’m really excited. I’m really so excited.”

You can book a spot at Sparkke at the Whitmore for one last Emma McCaskill meal before the end of the month through the pub’s website.