Justin Lane established his name in South Australian winemaking when he founded Alpha Box & Dice – a label known for being determinedly non-traditional.

Three Big Easy Radio wines are currently available – a grenache, a fiano vermentino, and a touriga malbec. A spring release of three new wines is planned for this year as well.

You can taste the current range in its entirety at The Frutiful Pursuit event this Saturday. See here for tickets. 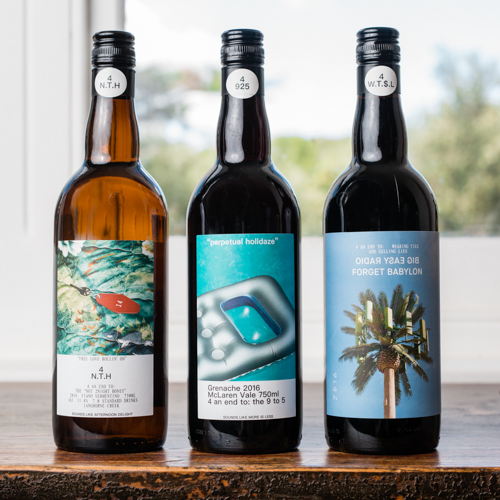 Since gently handing over the reins of that project, he has been experimenting with different things. He opened Sturt Street wine bar Cantina Sociale with Angie Bignell and Georgie Rogers, sold it, and launched new wines under the (still operational) King and Country name.

But his latest endeavour has a distinctly different edge. It involves a partnership with new collaborator Matt Head – a winemaker who, like Justin, originally hails from NSW. Matt has been based in SA for almost eight years, and spent many of those working alongside Warren Randall to reignite the Barossa Valley’s historic Seppeltsfield Winery.

Fittingly, the wine the pair are producing under newly-launched Big Easy Radio brand combines elements from both Justin and Matt’s recent pasts. 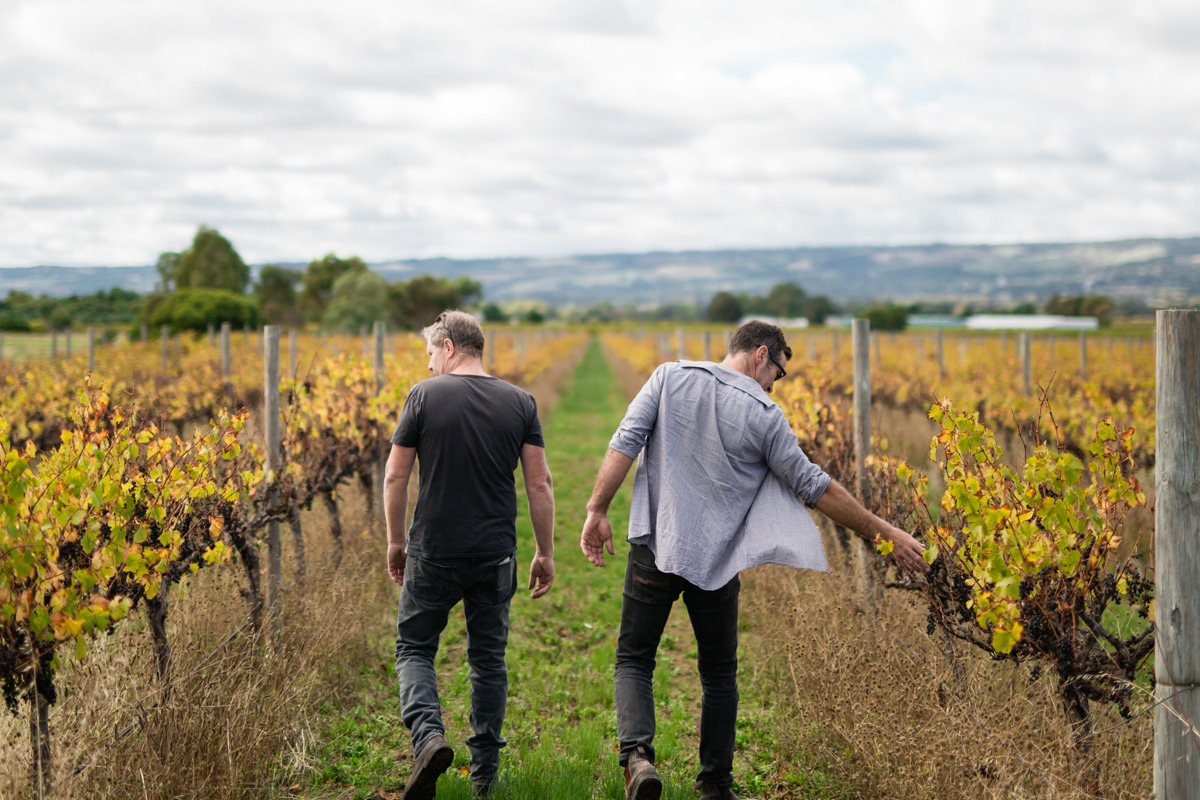 “From a winemaking point of view – the natural wine movement is a reaction to the very restricted, European influenced and elite winemaking that we have been doing here in SA for so long,” says Matt.

“They’re kind of the two extremes, but Big Easy Radio is sort of a middle ground. It’s weird wine, but it’s also very easy to drink.” 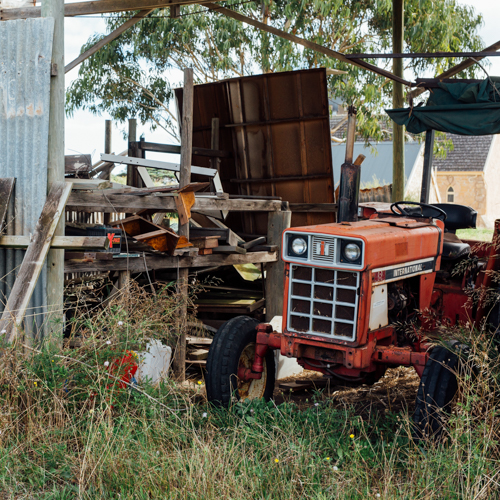 This tractor is taking a Big-Easy-style extended holiday

But far from being purely based around the idea of bridging the gap between the extremes of an expensive Barossa shiraz and an orange wine out of Basket Range, Big Easy Radio has ambitions to express a lot of complex ideas.

“We wanted it to be about the geography,” says Justin. “Matt lives in Port Willunga and I live in SouthPort Beach and we really wanted to sort of reference the life we have there.

“When South Australian wine was at its greatest – back in the 80s – it was all about personalities. And this is a return to that – this wine is about our identity, about what we love about being Australian, about what is the best stuff about Australian life.

Putting all that in a bottle could be pretty challenging, but Justin and Matt have started as literally as they could – by only using grapes grown in their wider region. 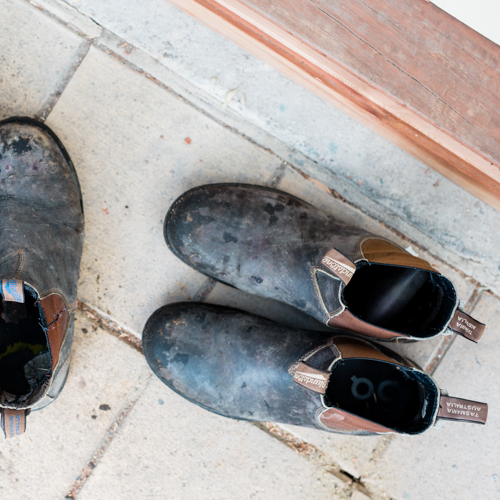 The fruit they’ve chosen for the current release comes from McLaren Vale and Langhorne Creek, and the pair’s winemaking approach has been minimal.

“Really – the best wine means having the best fruit,” says Matt. “And that’s what this wine is made from – it’s the cream of the crop each year. And that means we don’t have to do all that much to it.”

Justin and Matt’s intentions to share some of their home turf through Big Easy Radio also expresses itself through the way they envision the wine fitting into drinkers’ lives.

For them, the wine should be everyone’s equivalent of coming home to a little house by the beach.

“Everything has a vibration, and this wine is about things that vibrate together, things that resonate – like a day by the coast and a good bottle of wine,” says Justin.

“I want this to be sort of an escape for people from the structure of their lives. It should be like getting away, retiring. When you’re drinking our wines it’s a time when you just don’t have to think about what you should be doing or what you need to be doing.”

And in that way, it’s a holiday we’ve all got time for. 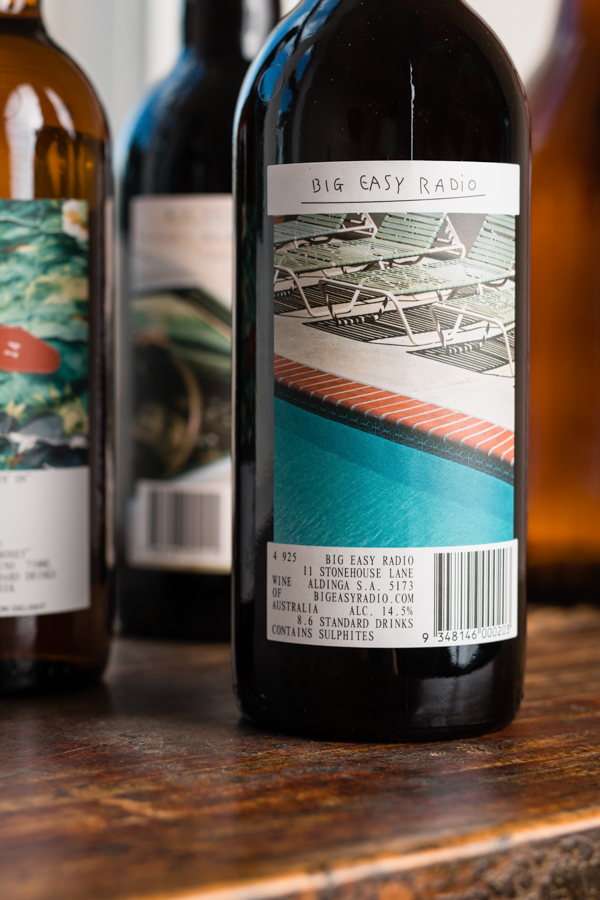 While Justin’s collaboration with Matt may in some ways signal an evolution from his Alpha Box & Dice days, Big Easy Radio does see him return to a partnership with the designers who helped make that project so successful.

Justin and Matt have worked extensively with MASH Design to formulate the label’s tone and style.

“MASH helped us to translate our big ideas into something a bit more relevant,” says Justin.

“They took our concepts and helped us to make them relatable – they started almost framing the concept as a holiday in a bottle.

“And that’s where the Big Easy comes from. You know, it’s not like the rat race in New York, it’s more like the pace of New Orleans.”