The Coopers XPA and its purple roundel was unveiled in Melbourne at renowned beer festival GABS and will hit local taps in early June.

A tingle runs down the spine of every patriotic South Australian beer drinker whenever a new roundel enters the Coopers stable, and so it was when the brewery debuted its new purple decal at the Great Australasian Beer Spectapular event in Melbourne last weekend.

The new release is the Coopers XPA, a broad style that means many things to many people, sitting somewhere between an American Pale Ale and an India Pale Ale. Beers in the XPA category tend to vary as there is no definition in the Beer Judge Certification Program Style Guidelines.

Coopers XPA will be available throughout the city from Monday, 3 June.

“XPA is still developing as a category and is enjoying strong growth around the world,” says Coopers marketing and innovation director, Cam Pearce.

“We believe we have the opportunity to influence how the category progresses in Australia by providing a high quality example of this style of beer with high drinkability.” 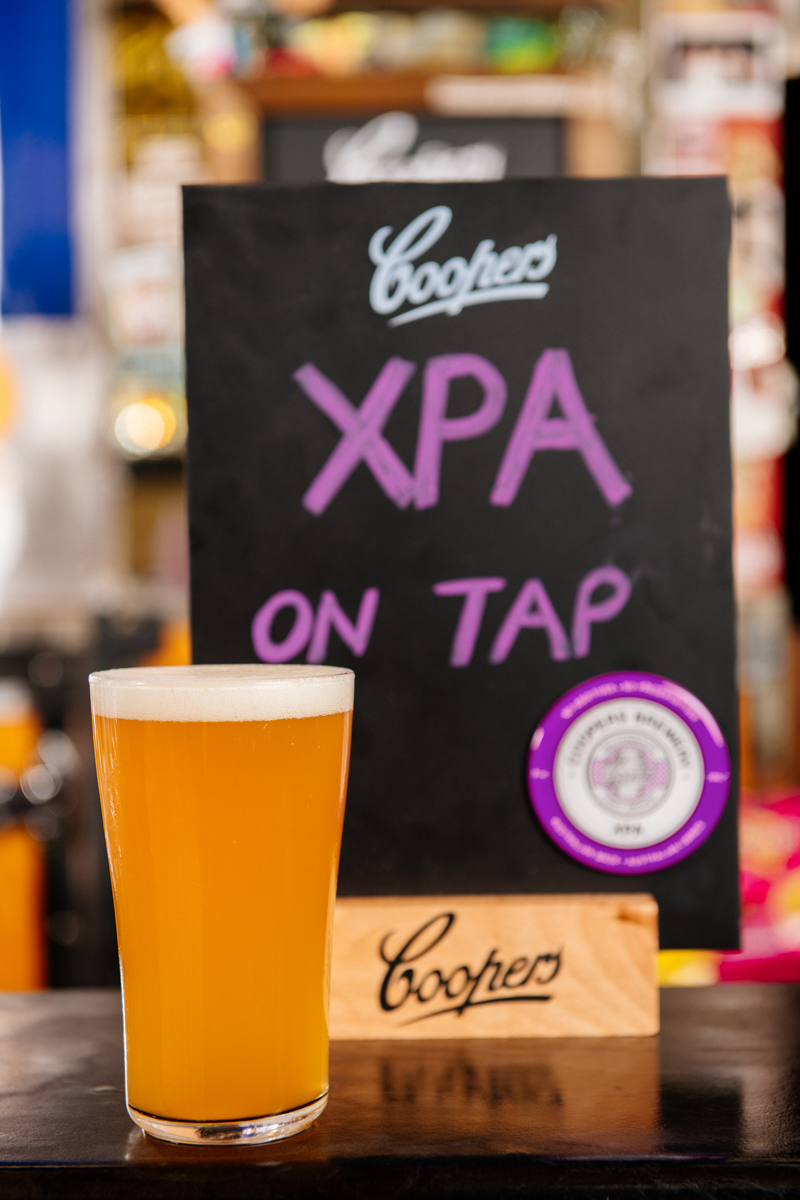 The Coopers take on the brew sits at 5.2% ABV with a low bitterness rating (37 IBU). The beer makes use of American hops Simcoe and Lemon Drop, the combination of which adds “bright citrus undertones with aromas of grapefruit, lemon and a hint of mandarin.”

“Coopers XPA is all about ‘extra’ hop flavour whilst [being] well balanced and easy to drink. We use an equal ratio of Simcoe and Lemon Drop during dry hopping but a higher percentage of Simcoe in the whirlpool to achieve the optimal bitterness level,” a statement from the brewery says.

The Coopers XPA is the second such recent release, after their Session Ale in 2017, that seems squarely aimed at the craft beer market, especially considering the brewery’s decision to release it at GABS.

The beer is set to roll into keg rooms around the city from Monday, 3 June, once its tour across the eastern seaboard at GABS Melbourne and Sydney is complete.