Meet a couple of city businesses that are truly investing in the "sharing is caring" maxim.

It’s not always easy being the new kid on the block, but for the recently established Topham Mall juicery, Coco Jumbo, this has been anything but the case.

“Because there’s health food stores around the place… I thought I’d be coming [into] a bit of competition, but nah, everyone’s been awesome. Everyone’s really good,” Coco Jumbo co-owner, Andros Georgiou says

When he and business partner Dominic Matricciani set up their Renew Adelaide space, they were sold on the idea of making the most of the local community.

“And when we talked to Renew Adelaide initially, they suggested that we could do some laneway parties, and Proof’s there – that’s awesome.”

“To be honest, Joe (Wilkinson, co-owner at Proof) and I had this idea of putting in a juice shop here,” Shane says.

“We had this idea a few years ago [that] maybe we should do this juice thing… and then we saw this thing getting built, and I thought ‘this looks sick.’”

Although in the one-month span of their neighbourly relationship no laneway parties have yet been thrown, the two businesses quickly saw a small, but effective, way to collaborate.

“Joe, who sort of had the idea, was like ‘these guys are throwing away heaps of stuff that we could use to infuse into vermouth, and that we can infuse into gin,’” Shane recalls.

“The rinds of stuff… that gives a really true flavour, or the truest flavour of the fruit without having to use the flesh.” 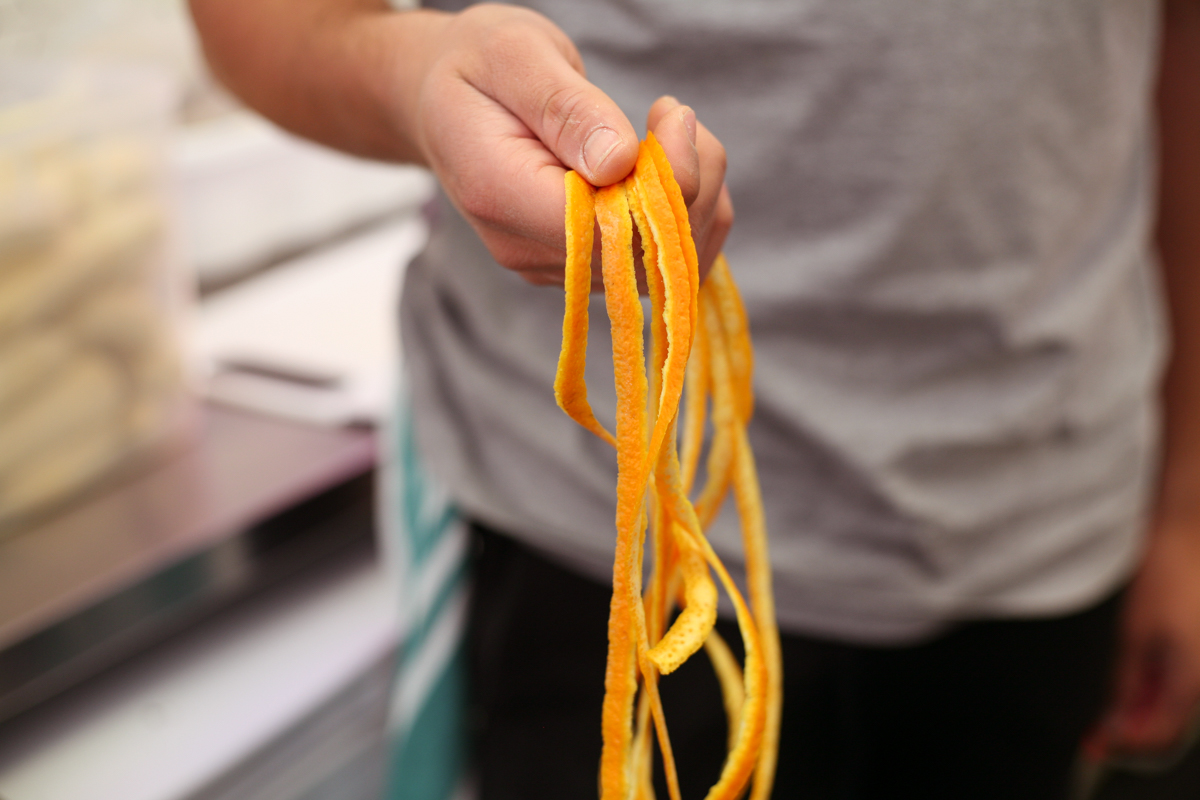 For both parties, it was too easy a way of reducing waste for either to ignore.

“[We] just compost it, basically. One of the guys from the Booknook shop actually takes the compost whenever he can, because he’s got a garden at home, but yeah, the more people the better, really,” Andros says.

And for Shane, it was also just a way of setting the tone he’d like to see in the Anster Street community.

“From our end, we saw it as a way to get to know a neighbour,” Shane says.

“We were like ‘right, these guys have just moved in, we’ve got this idea, we don’t use heaps of it, but we can use it, and let’s work out who they are,’” Shane says.

“[And] there are benefits just in foot traffic, you know, and just having more people around. If you’ve got a good business… in the area, it’s fabulous for us. The more quality you’ve got closer to you, you know, [the better].”

It really can pay to get to know your neighbours. 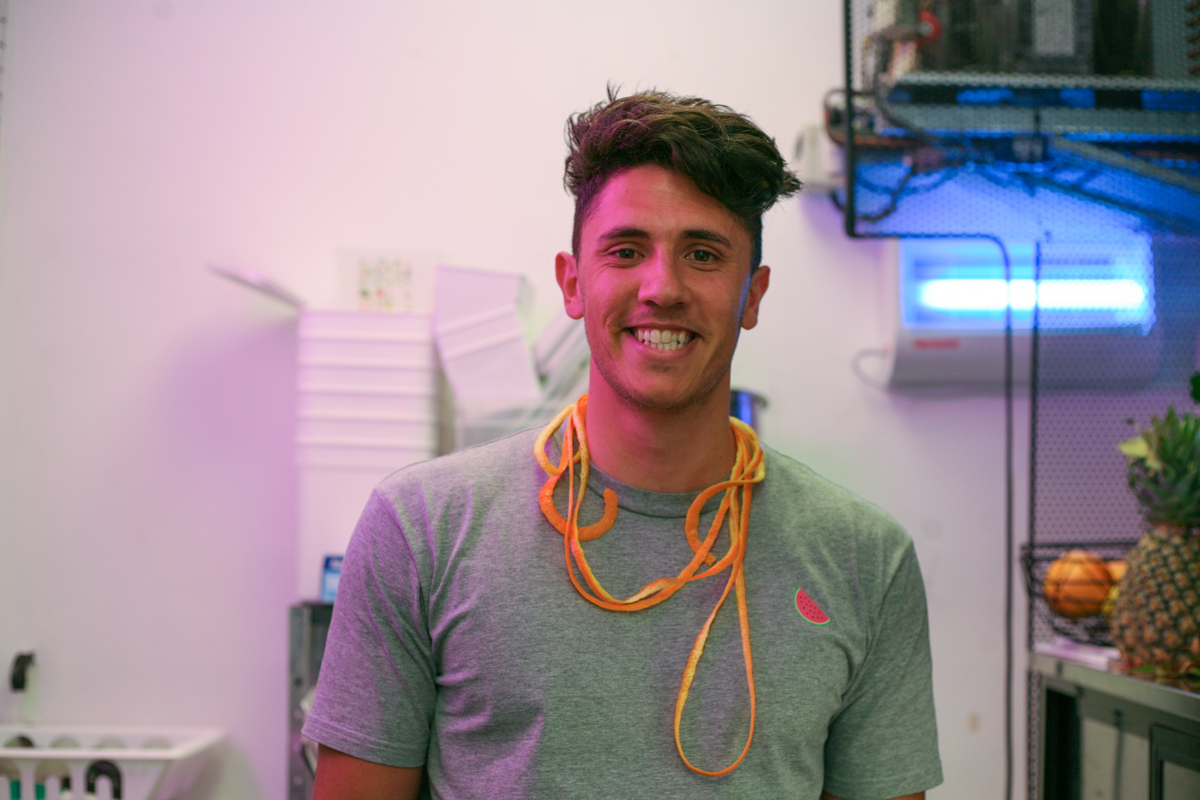 “Orange peel necklace? Don’t rind if I do.”