After eight years in Forestville, business owner and vegan-pie-maker extraordinaire Tim Salmon is looking for a new home for his meat-and-dairy-free eatery Cherry Darlings, and someone to take over revived Rundle Street restaurant Vego’s. 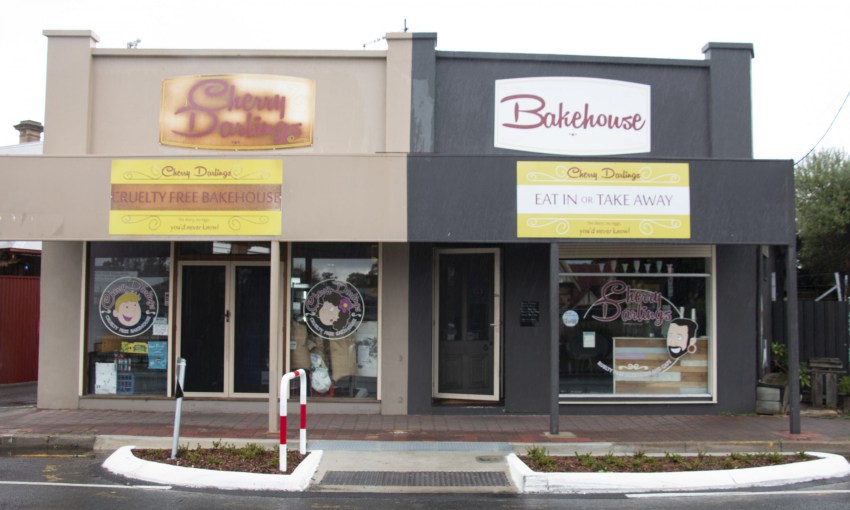 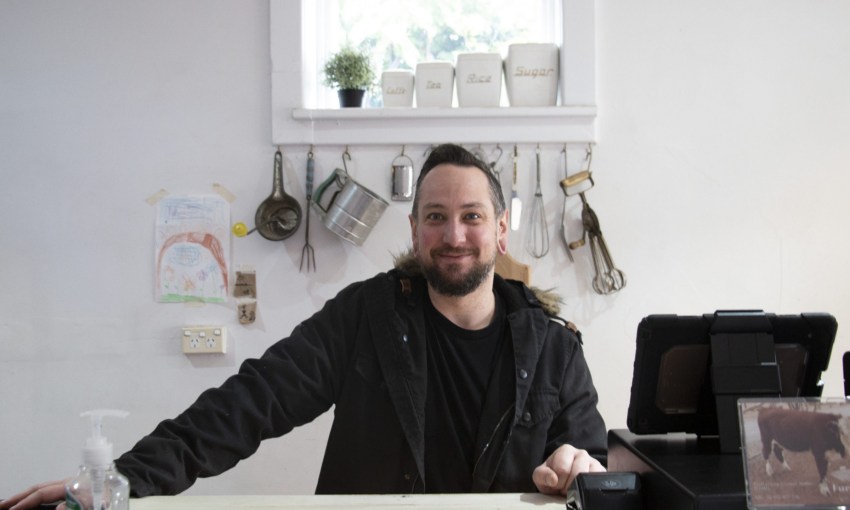 In the course of our interview with Cherry Darlings’ Tim Salmon, CityMag communicates our sympathy and understanding at the difficult year and a half he has endured.

His eyes begin to well, but his composure never breaks. The tears never fall.

Over that time, Tim has worked thousands of hours of overtime to keep his business above water, and similarly now he pushes through to get the job done.

“It’s hard,” Tim admits, from the back area of his Forestville plant-based café.

“Our lease here is up in October, and something we’ve been umming and ahhing about is what we’re going to do.

“Late last year I was at the point where I was just so burnt out, so I downsized, focused on the small stuff – just wholesale, online sales, Plant 4 [Bowden] or markets, those sorts of things.

“My mental health is telling me to keep downsizing, but [in] my heart… it’s not finished yet – what this place is and what it stood for and what it’s always doing.”

We were prompted to reach out to Tim, who not only runs cult vegan bakery Cherry Darlings but also recently revived Vego’s on Rundle Street, after seeing an emotional post on his business’ Facebook page.

The post laid bare the stresses of running a business in the era of COVID-19, and the toll this stress was taking.

It also mentioned Tim’s desire to move Cherry Darling’s Bakehouse to a new location in the western suburbs, and his hope that someone would take over his Vego’s tenancy.

Tim says he was compelled to post this message because “so much happens behind the scenes that people don’t see.”

“Especially the breaking that can happen really easily to small business owners,” he says.

We ask Tim to rewind 17 months, to a time when SA was free of COVID-19, before, we assumed, the hardship occurred.

He interjects, though, admitting COVID-19 was surprisingly good for business.

It wasn’t good, however, for his physical or mental health.

“We got really busy, especially the first outbreak lockdown, which went for six months,” he says.

The problem was the business wasn’t structured to cope with the jump in trade, so Tim took on most of the additional work.

“I was doing a lot of 12-hour days by myself in our off-site kitchen and things like that,” Tim says.

“Emotionally, that burned me out, because you’re working 12 hours by yourself, you come home, you can’t socialise, you’re very isolated.”

Instead of working less, Tim felt he needed to meet the demand of his customers so that he could cultivate a comfortable nest egg for the business.

A couple of months down the line, feeling buoyant but also burnt out, Tim was ready to take on a new challenge.

He believed starting something new could jump-start his culinary creativity, which had lain dormant for the prior six months due to Tim mindlessly pumping out thousands of pies.

We all have our stresses that no one sees.
—Tim Salmon 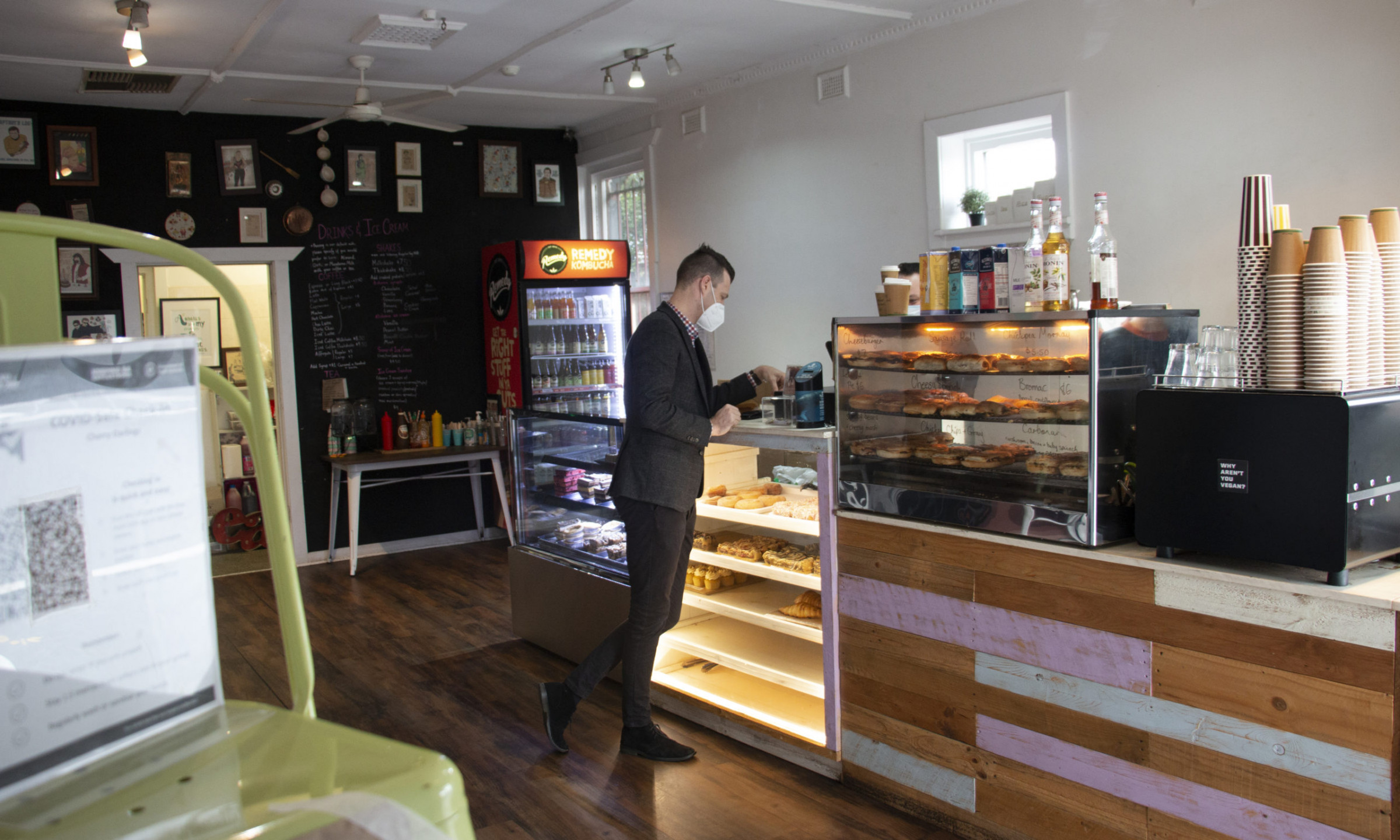 A café layout for the modern times

When news broke Rundle Street restaurant Vego and Loven It would close in August last year, Tim couldn’t let the East End lose what he considered to be such an important establishment.

He told us almost a year ago, back in September,  that due to the significant impact the original Vego’s had on him as a young punk and hardcore kid, “I couldn’t let it close”.

He also recognised a business opportunity, and the chance to break out of his Cherry Darlings routine.

“Being in hospo, I had that little bit of extra money from COVID. I was just burnt out and needed something to do as well that was not this,” he says.

Tim purchased the business, revived the famed burger offerings and added Cherry Darlings sweets and savoury treats to the menu.

But it didn’t work. The revived Vego’s has been closed for roughly three months.

“There’s just not the foot traffic,” he says, “and I don’t have the energy or time to build it to what it was.

“It lost money every week. It’s now financially better to be just closed and paying rent rather than to be open and paying salary.”

It can be a successful business, Tim says, for someone who can be in there all day, every day, and give it the energy it deserves.

“Right now, I still have that shop and it’s just sitting there empty,” he says.

“I worked a pretty good lease, as far as rental goes, but it’s a five-year lease. That’s where I’m stuck.

“I’ve had various ideas, but then also, being so burnt out, I’m struggling. Right now I’m very much production-based, which is not where my joy is, but it’s what’s needed right now.”

I’m excited about the future now. I haven’t been for a while.
—Tim Salmon 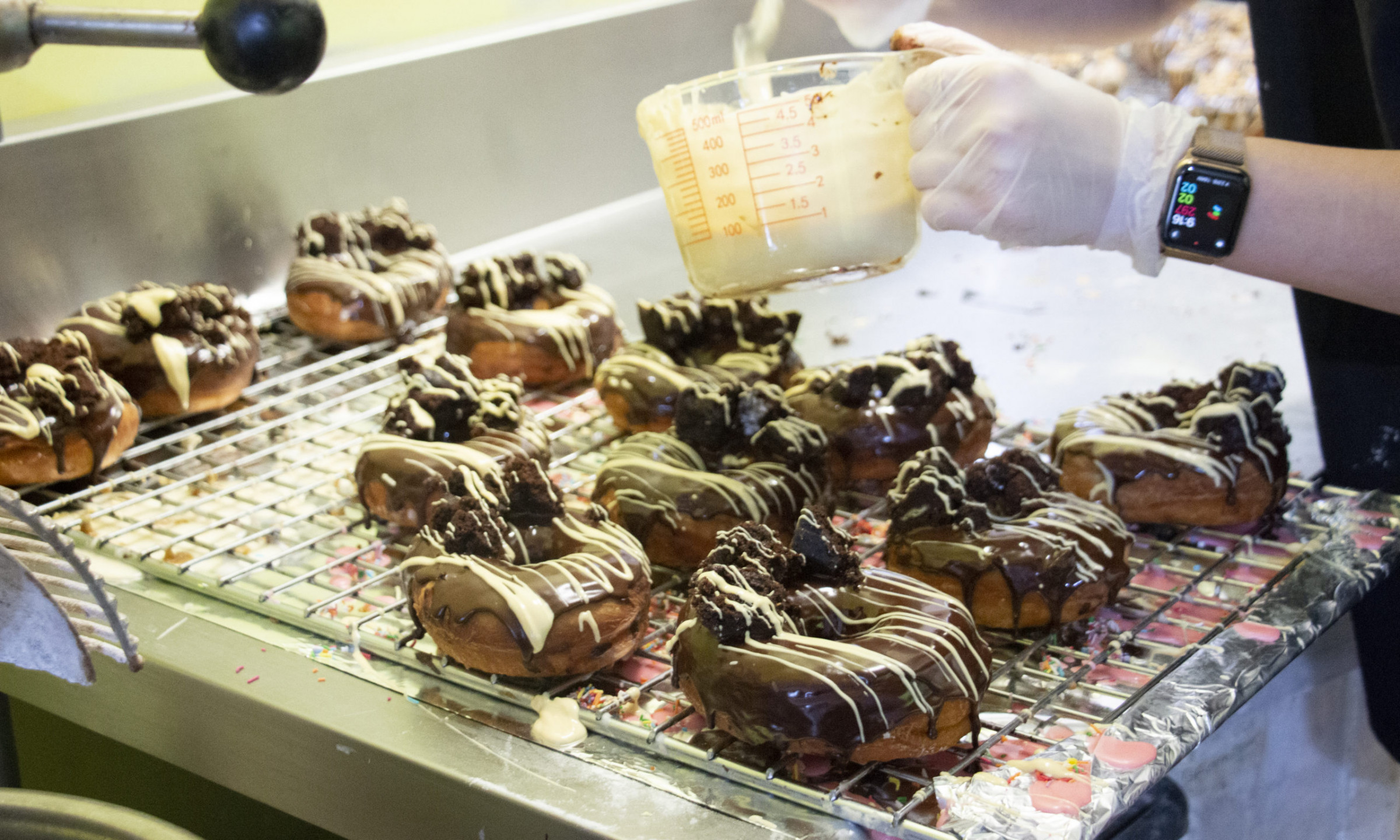 If Tim’s plans for the immediate future come to fruition, he’ll successfully sell Vego’s, move Cherry Darlings, and perhaps even find the energy to experiment with the recipes he knows and loves.

He also hopes to rest. The last holiday he took was three years ago, and only for five days.

Tim says his experience is representative of a lot of SA businesses of a similar size.

“We all have our stresses that no one sees,” he says.

“We’re worried about the grease trap in the back. We’re all worried about those sorts of things. But just keep supporting the little businesses. Sharing our posts, even if it doesn’t cost anything.

“But spending money is also great. It keeps us all in work. I’m excited about the future now. I haven’t been for a while. Stay tuned.”