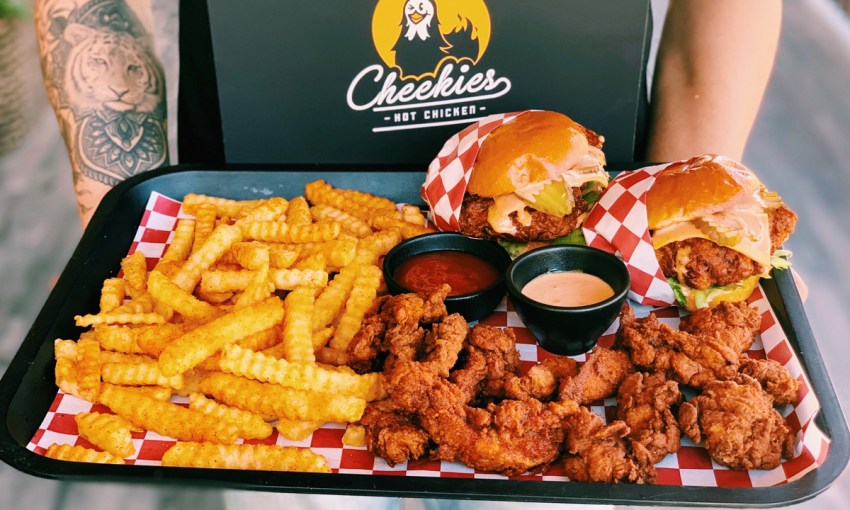 The concept is simple; co-owner and founder of both BRKLYN and Cheekies, Rashaad Cézar, plans to offer the hottest hot chicken in Adelaide.

“Almost two years ago, I noticed a lack of fried chicken ventures in Adelaide,” Rashaad says.

“Obviously in the two years that have passed, there actually have been a few that have popped up recently, but I did… want to definitely delve into that market.

“[But] it wasn’t until a friend of mine got me onto Nashville hot chicken, which completely blew my mind.”

After two years of research and reconnaissance – including a pilgrimage through Nashville and LA in the States – Rashaad has landed on a recipe that marries traditional recipes while also considering the Australian palate.

“We’ve used our tried and tested recipe that we’ve been putting out in BRKLYN, that’s been super popular with people, and we’ve tweaked it a little bit,” Rashaad says.

“One thing that we did make sure we got hold of were the different peppers that we’re going to use. So we bought a whole bunch and brought them back here, and we’re actually growing our own as well.

“We’ve got Carolina Reapers and ghost peppers, which all go into using the tri-rub, the seasoning that we use for the chicken.” 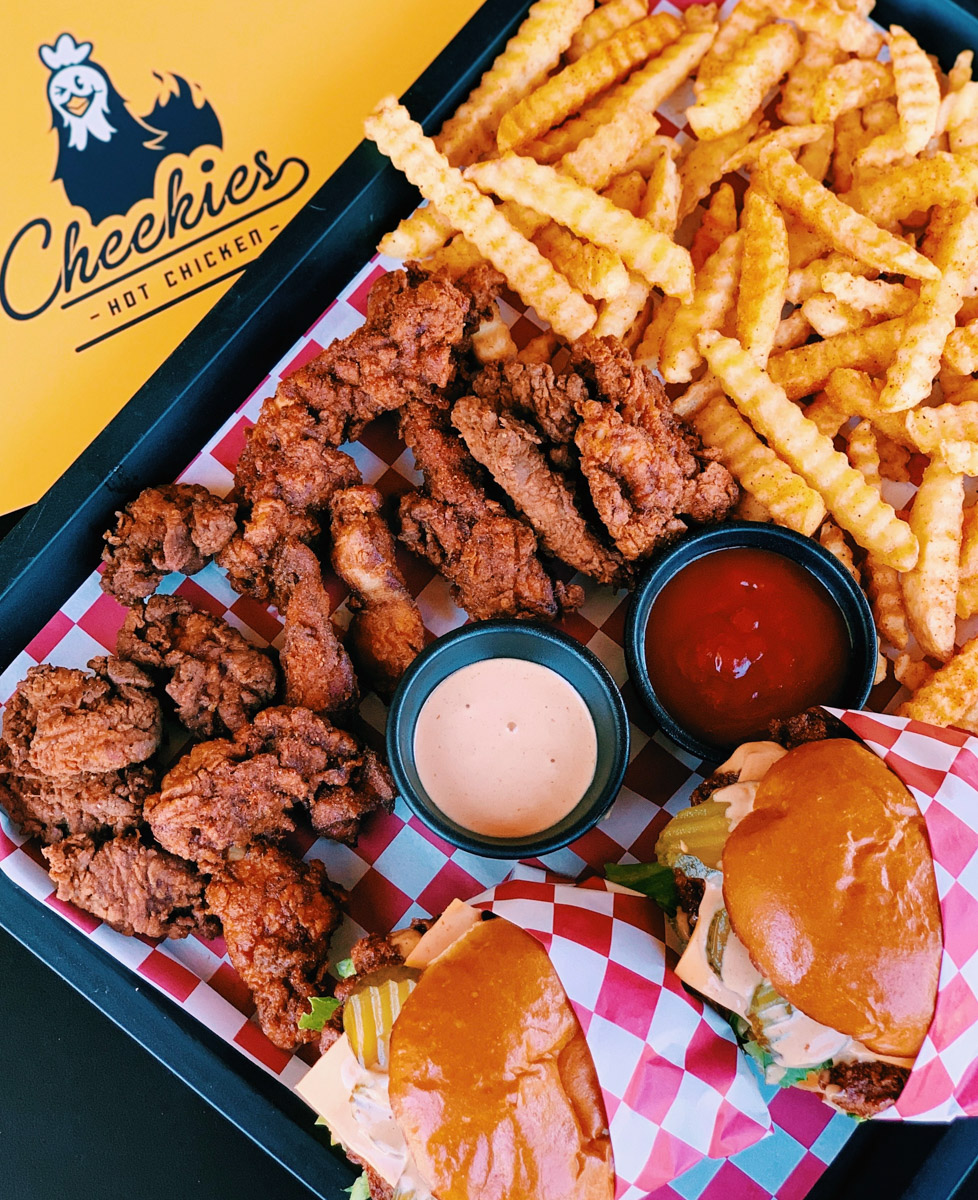 The initial menu will offer one chicken burger, which will have a set spice level, and then a range of chicken tenders of varying degrees of spice, from none at all through to “outrageously hot.”

“If people don’t find it hot enough, we can always tune that up as hot as possible,” Rashaad says.

“The menu will grow over time, with different sandos and different combinations, but what’s going to remain consistent at the core is we’re going to put out the hottest chicken experience in Adelaide.”

Throughout Fringe, Cheekies will operate out of the same kitchen as the recently-moved-in hot dog pop up Let’s Be Frank, which is an offshoot business run by fried chicken brand Nugg Lyf.

Let’s Be Frank’s lease ends the day after Fringe, and from then on Cheekies will take over the space for a short-term pop-up. If the concept takes off, Rashaad hopes to then move the brand into its own bricks-and-mortar store.

For the meantime though, Rashaad is excited to offer Adelaide fried chicken fans a new spot to add to their list.

“The amazing thing about the hot chicken culture is there is a whole culture around it, so people, instead of just being there to eat, you’re there for the experience,” Rashaad says.

“It almost becomes a communal gathering; you’re there with a bunch of mates, you grab a few beers and you’re just sitting down and trying to outdo each other with different spice levels.”

There will be some soft launch events in the coming weeks for Cheekies Hot Chicken, but the official start date for the brand is Sunday, 2 February. Keep an eye on BRKLYN’s Facebook and Instagram pages for updates.

BRKLYN is also currently seeking expressions of interest from tattoo studios who may be interested to pop up in the space formerly occupied by Groundfloor Radio. If you are, or are involved in, such an entity, reach out to the bar: info@brklyn-adl.com.