Growing up in Athelstone, the chef recalls the suburb being filled with market gardeners, who would sell their harvest at produce markets or suburban greengrocers.

“So much of that was market garden land. Pretty much all of Athelstone was, I think,” he says.

“And now, I think the last one just got sold. So that’s a whole area of Adelaide that was producing food that isn’t now. It’s like, where did all of that demand go?”

Jackson’s fear is that demand has simply shifted away from small- and medium-scale growers and towards “a monoculture farm” supplying major supermarket chains.

“I don’t know what point people will let it get to before they say it’s too much,” he says.

Jackson has been cheffing for 10 years and is currently the executive chef at Bloom, the restaurant in Thebarton founded by the Peter Rabbit crew.

Throughout his 10 years of cooking, Jackson has also kept an interest in growing produce.

It started with wanting to grow basil while he was working at an Italian restaurant, because “you couldn’t get any good garnishes from fruit and veg suppliers”. To his instincts, the produce from suppliers lacked the “top note of the basil”.

Every year he would plant a batch, and “you’d fail and you’d just do it again,” he says.

Later, he planted out his work’s car park, filling in the small sections between the bitumen reserved for trees with corn and pea plants.

As Jackson’s career in kitchens progressed, his passion for growing grew in tandem.

By the time he got to Peter Rabbit, in 2018, following a stint at Hentley Farm, the chef took on the task of making the Hindley Street café’s garden oasis edible, planting out a micro-herb garden on top of the shipping container venue. 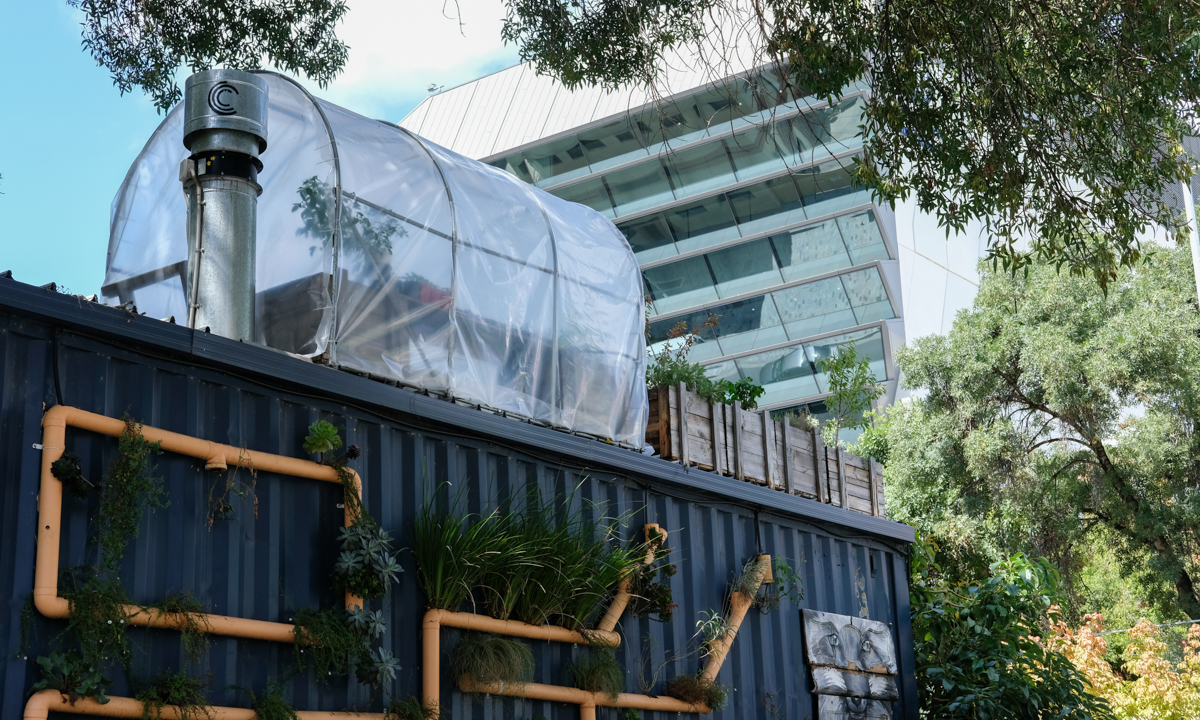 Jackson’s interest has continued to shift toward growing, to the point he has decided to step back from the Bloom kitchen to launch Urban Grow Boi – a multifaceted gardening business that includes seed sales, edible garden consulting, and a food box delivery concept running as a community-supported agriculture (CSA) program.

This last piece is what we’ve come to discuss at Jackson’s 1000sqm block in Kilkenny, where he has planted between 70 to 100 different varieties of mostly edible plants and flowers.

There are rows of spring onion, a planter box of strawberries, some borage – which tastes of cucumber, but also attracts bees to the garden – Kipfler potatoes, borlotti beans, dwarf beans and sunshine beans.

There are some animals, too. Chickens and quails, which Jackson has been sourcing eggs from and using as part of the site’s compost system. A group of six ducks – known as the Quack Pack – were brought in to act as pest control, but they’ve proved to enjoy plants as much as bugs.

“They’re just pets now. I let them out occasionally, but they go wild, and they run around in a little group, terrorising everything. But I might get some eggs from them eventually, too,” Jackson says. 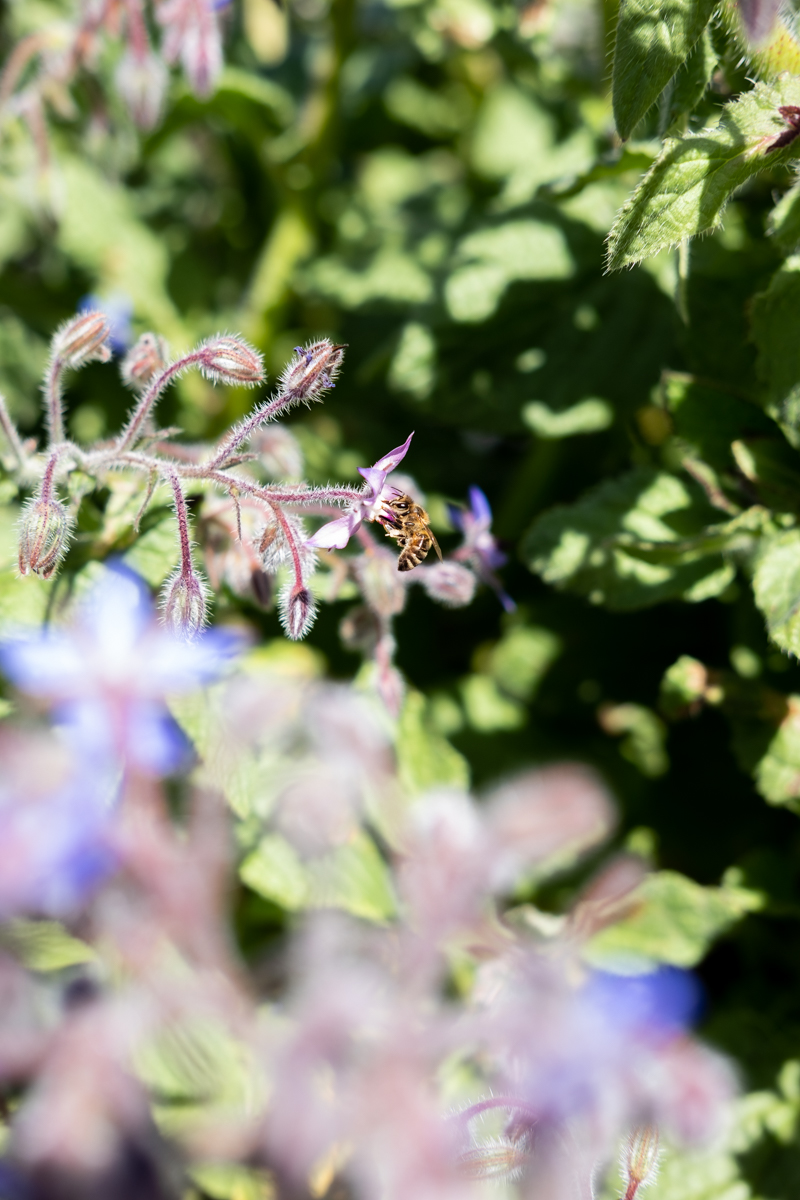 A bee foraging amongst the borage

He admits it’s quite a large investment to make in a rental property, but this is only the beginning. From this relatively small plot Jackson hopes to instigate a new food system in South Australia – one that looks a lot like the old ways of doing things.

Community-supported agriculture is a commitment from households and commercial kitchens to purchase a set amount of food from a single farmer over the course of a growing season . The Urban Grow Boi CSA is available at two levels: $35 per week for single or couple households, and $60 for families.

Every week, a box of will be delivered to each CSA member’s door. It will not only include produce harvested that day, but recipe cards and information on lesser-known plants, to help broaden each customer’s knowledge of food.

The thought of introducing new ingredients to his CSA members’ kitchens is exciting for Jackson. He has often been frustrated by the shrinking availability of weirder and wilder crops on the chef side of the industry, opting to create closer relationships with growers over middle-man suppliers.

“My whole career, I’ve tried to create those links with producers… source my food more ethically, locally, and it’s a never-ending uphill battle,” he says.

“There’s no one really properly doing it. There’s a few people, but I was never getting to the point I wanted to be with it, so I thought, ‘Fuck it, I’m going to go do it.’

“There’s probably 2000 different vegetables that I can grow, different varieties, and no one else is going to have them. I see some of the nicer places interstate using these glass gem corn cobs, and they have all the multi-coloured [kernels]. They’re super attractive, and they have someone growing that for them, but no one else can touch that. But I’m growing them.” 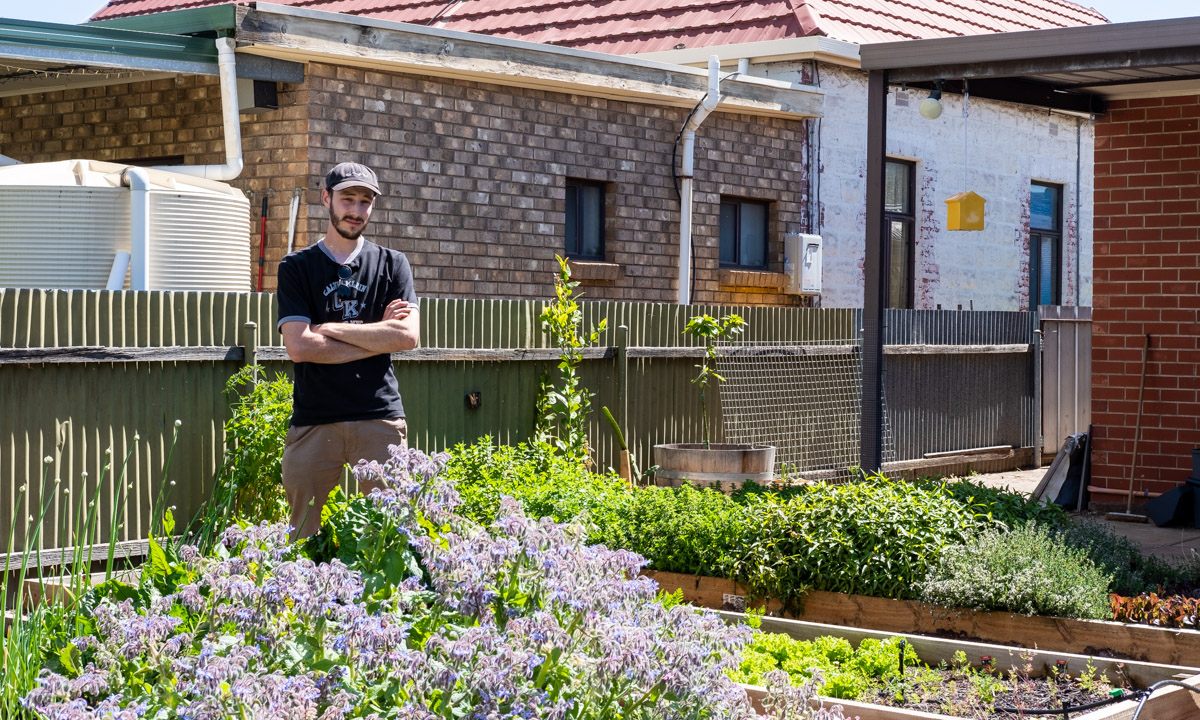 Jackson wants to deliver produce to your door

The Urban Grow Boi CSA membership is currently at capacity (around 20 households), but the public can register interest now to get on a waitlist. If Jackson’s property experiences a particularly bountiful harvest, additional places may open up.

Eventually, the chef hopes to purchase additional land in the Hills with his parents to expand the CSA to around 80 households.

If the project proves viable, Jackson also hopes to see other people start up CSAs around metropolitan Adelaide – enough to challenge the dominant supermarket chains and their homogeneity of produce.

“Convenience is great, but it’s just not worth it. I think it’s destroying everyone’s health, to be honest with you,” he says.

“I want a whole new food system. I want supermarkets to stop selling produce and we go back to having local grocery shops that are supplied by a market gardener in the Hills, a person like me just growing yay amount of vegetables and selling it to households that live around… And as soon as we start doing that, we go back to eating more seasonably.

“The stuff we eat in the shops, I’m not going to say all of it’s not nutritious, but a lot of it has been sitting there for way too long, a lot of it is chemically ripened, a lot of it has things sprayed onto it and fertilised into it that you probably don’t want to be eating.

“A few small people could tip the scales and we can go back to the way we used to do things.

“If more people started it now, in 20 years it could be a whole different food system.”

For more information on the Urban Grow Boi CSA, the seed shop and the edible garden consultancy, visit the website. 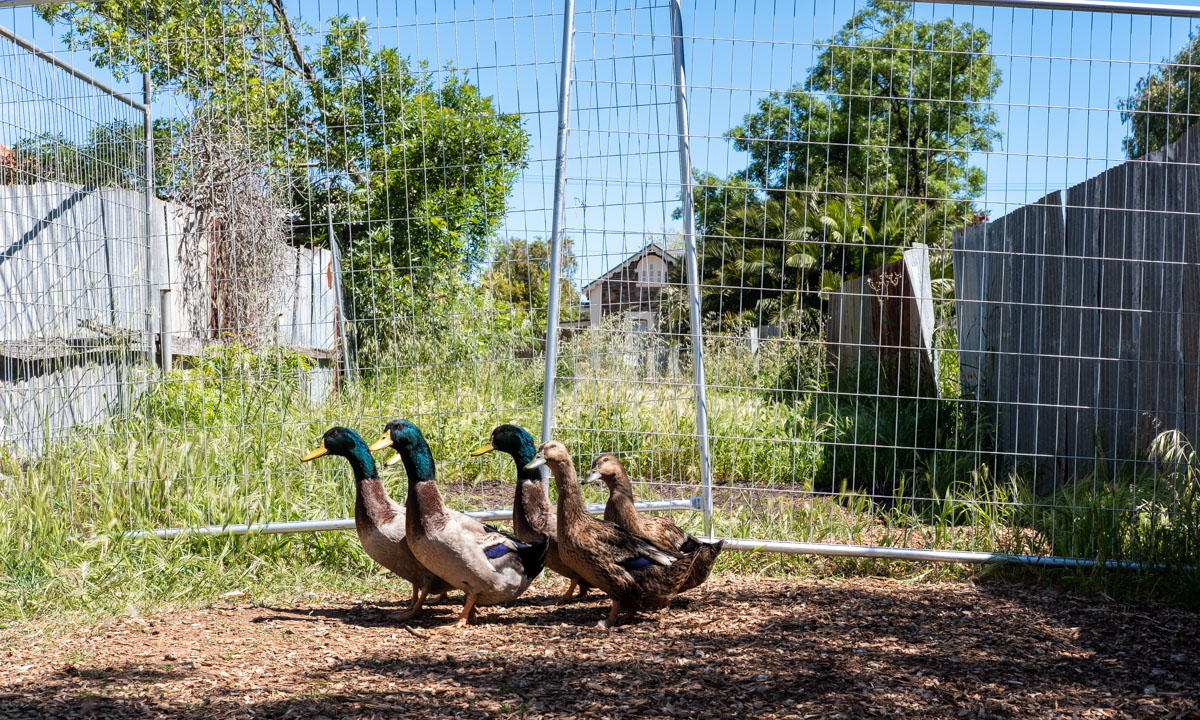