It's like regular bubble tea, but with Farmers Union, FruChocs and kombucha options. 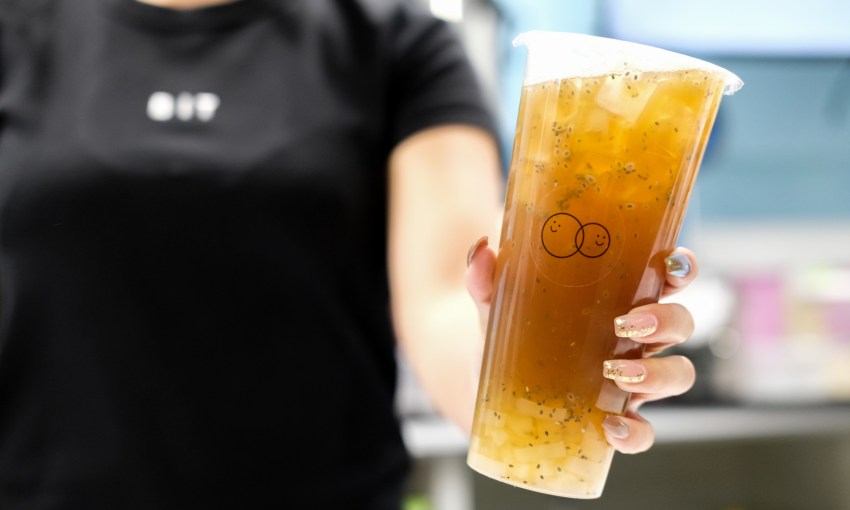 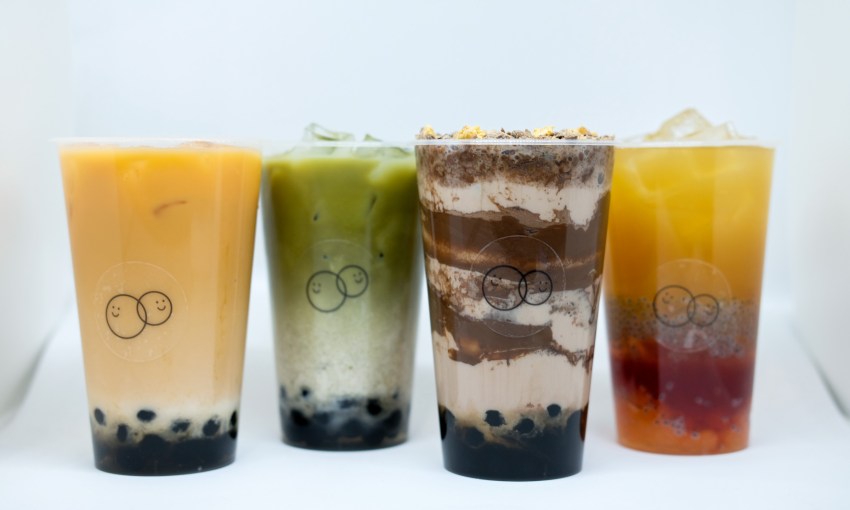 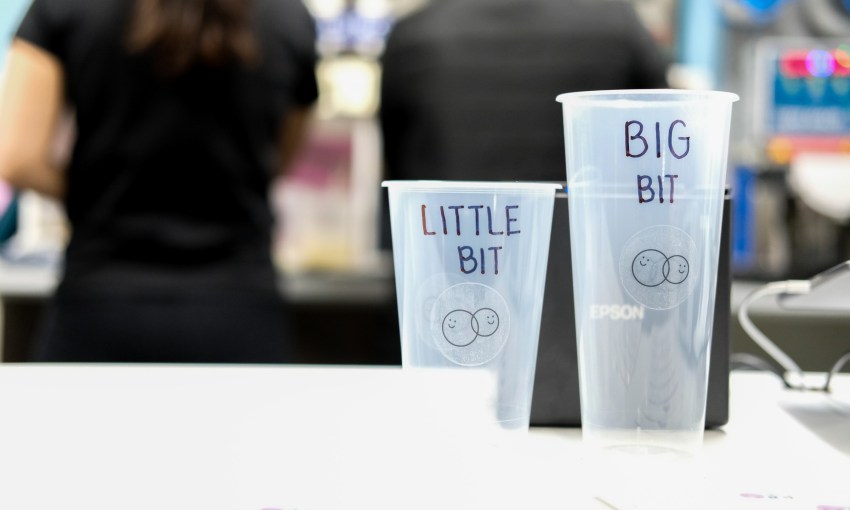 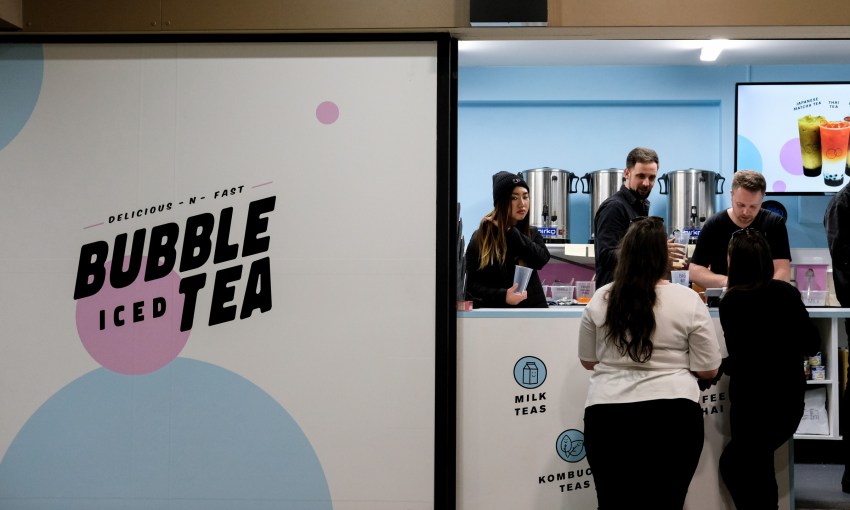 In May this year, CityMag waded into the milky waters of Adelaide’s bubble tea shops and brought you a short but definitive list of the best boba spots in the city.

The trend toward the drink has bubbled beneath the surface in Adelaide for years, but the last 12 months saw a number of shops open (and a few close), with a fresh wave joining the fore in just the last month or so, including chains such as YiFang and Top Teas.

Gone are the days of Gong Cha, Coco and Chatime holding dominion over the Adelaide bubble tea market.

And so it was only a matter of time, dear reader, as we all well know, before a trio of white guys jumped into a vacant shop and decided to offer up their own spin on the Taiwanese treat.

May we introduce to you, BIT – or Bubble Iced Tea – a bubble tea shop that opened in the Adelaide Railway Station last week touting a menu with Western influence, and which comes from some of the minds behind Fat Controller and digital agency Sky Foundry.

“We drew a lot of inspiration from what was happening in San Francisco. There’s a lot of people there doing more experimental styles,” says BIT co-founder, Paul Attanasio.

“There’s two types of bubble tea: traditional and new style, and a lot of [the new style] has a Western twist on it.

“So we thought there’s nothing like that in Adelaide yet, we can’t do something traditional because we’re three white dudes,” he laughs, “so we’ve done an amalgamation of: our milk teas are quite traditional, and we’ve added [options like] Farmers Union and FruChocs.” 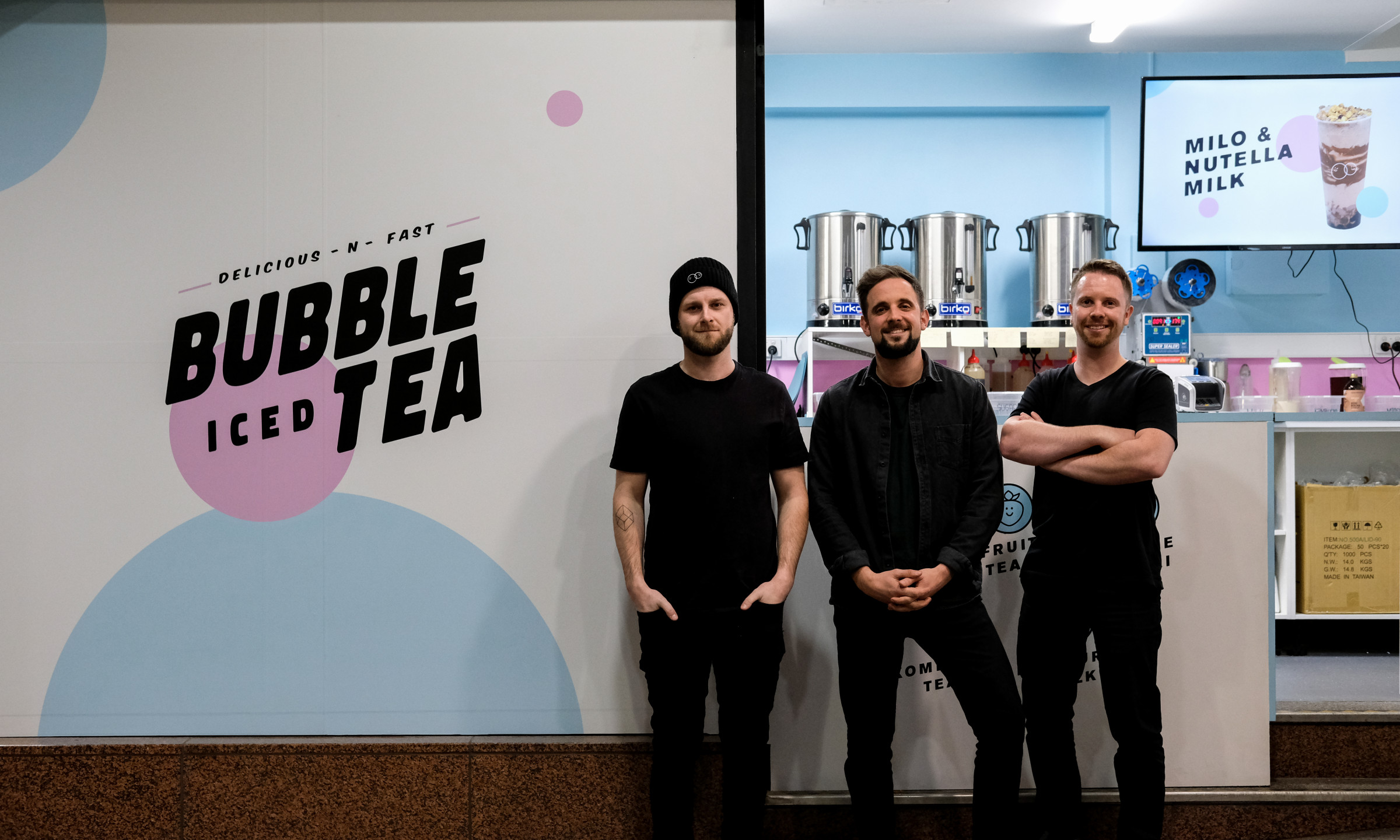 Other nostalgic flavours like Milo and Tim Tams are also available.

But BIT is also positioning itself as a healthier bubble tea option (despite what you’ve just read). The shop offers sugar alternatives, like honey; milk alternatives, including almond milk from their neighbour at Mornings Konbini, Jason Barber’s upcoming brand; and they’ve even designed a range of kombucha bubble teas.

“We’re using chia seeds and basil seeds as options… and we’ve got coconut and things like that, and we’ll be adding raw fruit in there too, eventually. We’re trying to reduce the sugars, primarily, is the thing that’s unhealthy in bubble tea,” Paul says.

It is also a longterm goal for the BIT crew to source all of their produce from Australia, but they’re still currently searching for an Australian tea supplier.

“The ultimate goal is to have an all-Australian product,” Paul says.

The branding comes courtesy of Clark Spendelow, another BIT co-founder, who, along with the third founder, Matthew Attanasio, also runs Sky Foundry.

The group had been looking to open this concept for the last two years, but only decided the time was right after finding the Railway Station space.

“We didn’t want to be out too far, because from a no-name brand – obviously no one knows us – we have to educate people on that. It’s good to have constant foot traffic,” Clark says.

“Because I come from a graphic design background, advertising background, we’re able to do some cool marketing campaigns, which we’ve got planned for the future. We’ve got lots of cool little things that are happening, and some bigger stuff as well, but we can’t talk about that just yet.”

The Railway Station is likely to be the first of several BITs to open up around Adelaide, but the the team is tight-lipped on where you’ll see them next.

“There’s definitely been a massive boom,” Matthew says, “but like a coffee store – you can’t get enough, right? I feel it’s the same kind of category in that regard.”