Bink Wine: From Belgium to the beach

"There’s enough people who make complex and intense wines. With these wines, I just want to watch Top Gun, put a straw in it, and drink it in 20 minutes," says winemaker Koen Janssens.

Koen Janssens first arrived in Australia in 2012, landing in Sydney after a journey from his hometown of Turnhout, Belgium.

While he had studied viticulture back home, his knowledge of Australian wine was slim-to-non-existent.

Bink Wine is currently pouring at Pink Moon Saloon, Golden Boy, Sunny’s, Local Crowd, and a few other bars and restaurants. Direct orders can be placed by emailing binkwines@gmail.com

“All I knew of Australian wine was, like, Yellow Tail,” says Koko.

Koko, who started his career in South Australia working vintage for Jauma’s James Erskine and working the floor at Press* Food and Wine, has become one half (alongside Dave Geyer) of low-intervention wine label Yetti and the Kokonut, and has just launched his first solo project – Bink Wine.

While Bink follows the same natural winemaking principles of Yetti and the Kokonut, there are some distinct differences between the two labels.

“Yetti and the Kokonut is still alive and kicking, but it will always be just white wine and rosé, we will never make red wine. It’s just fun to keep it that way,” says Koko.

“So Dave has his label, Geyer Wine company, and I wanted to do something myself. Bink is me making wine with the varietals that are just my favourites.” 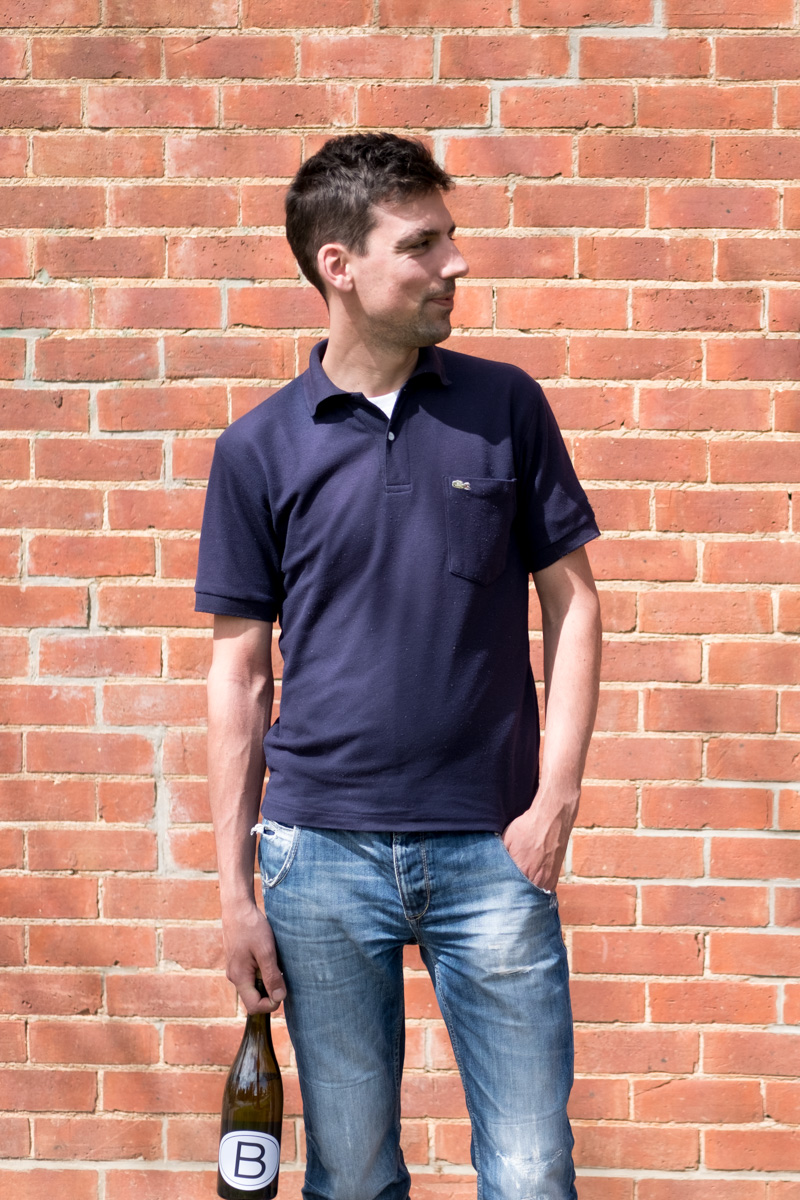 Koen Janssens wonders what’s over there?

Each of the wines is made with Koko’s distinctive drinking philosophy in mind.

“For me, I like making beach wines – easy, sleazy wines, and that’s what this is,” he says.

“That’s what I like about these wines, they sort of tell a journey of a place where you can consume them – the beach is a favourite place of course. But the last one, the cab franc / pinot meunier blend – I like this kind of warm character spice through it, and it actually makes me think of Mount Lofty Botanic Gardens in Winter.”

The wines might speak of South Australian places, but they equally speak of Koko’s Belgian heritage.

Bink is an affectionate term for someone from the town of Turnhout, and the wine labels, which Koko designed himself, draw on a distinctive Belgian symbol.

“It’s based on the old Belgium car sticker from during the Cold War – the bumper sticker,” says Koko.

“It’s very simple and it’s captivating for that person who is into organic, natural, biodynamic, hipster, natty booze. Some people love that front label tells you everything thing, but for this I just wanted to get people to take that next step and pick it up.”

And with beach weather on its way, and Koko’s recommendations to drink his riesling alongside raw fish and asparagus and the cab franc with some Thai street food, there’s quite a few reasons to pick up a bottle of Bink.