Imagine a dinner party at the house of your friend who's an excellent cook but they're cooking every day and you don't feel guilty for dropping by unannounced. 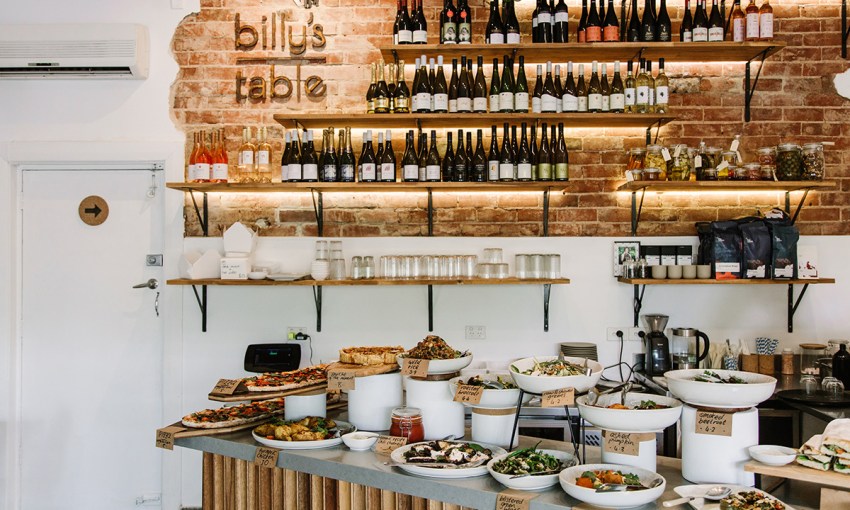 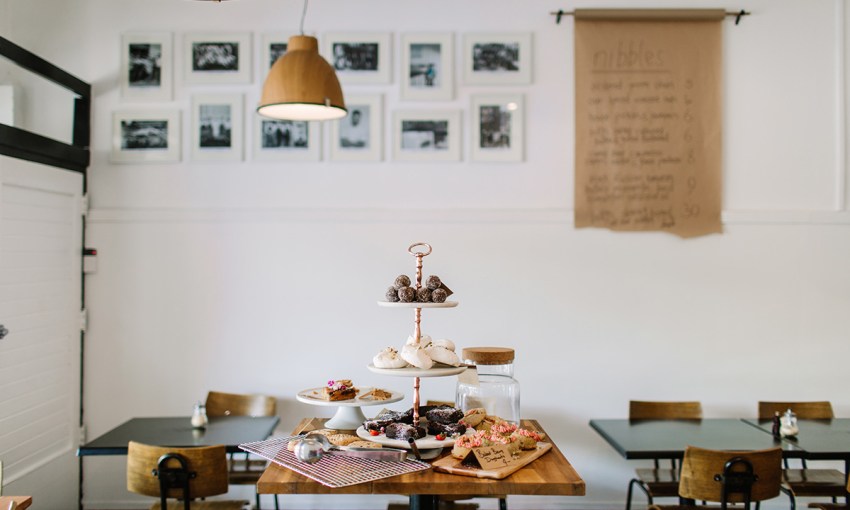 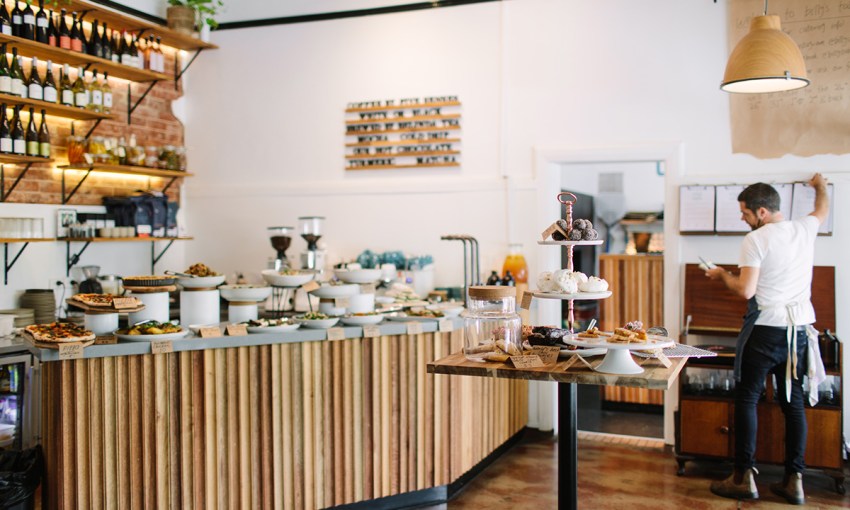 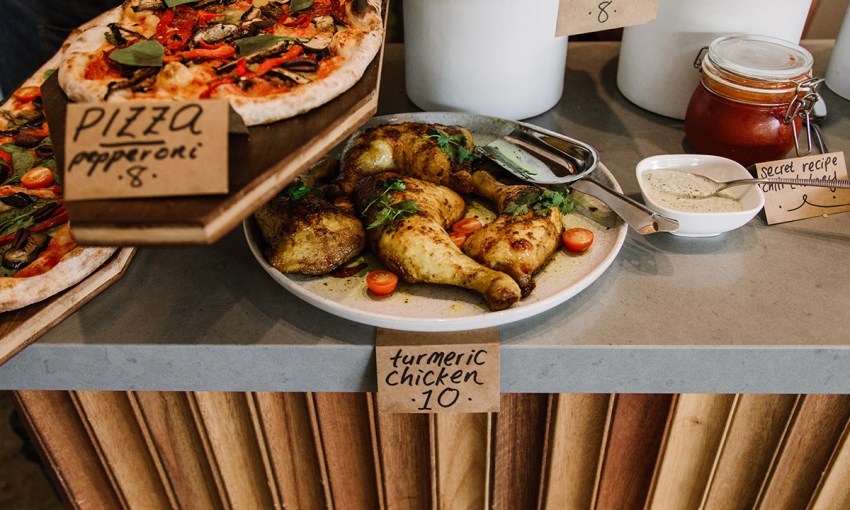 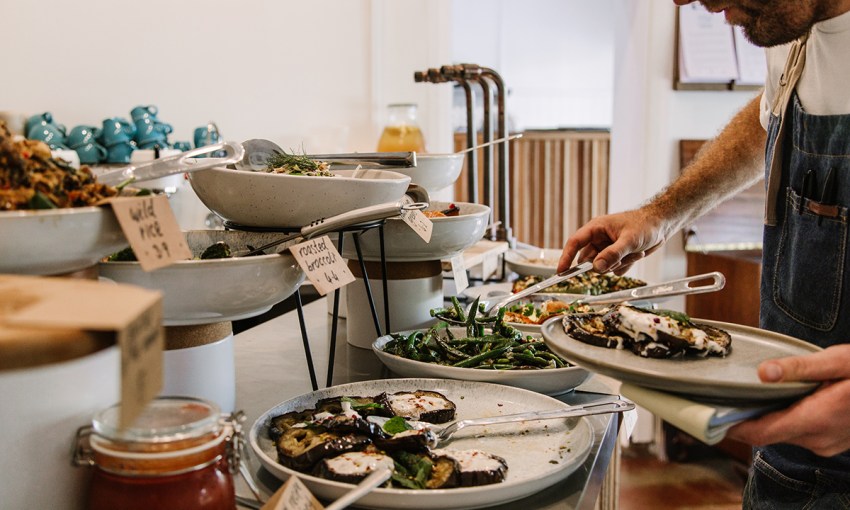 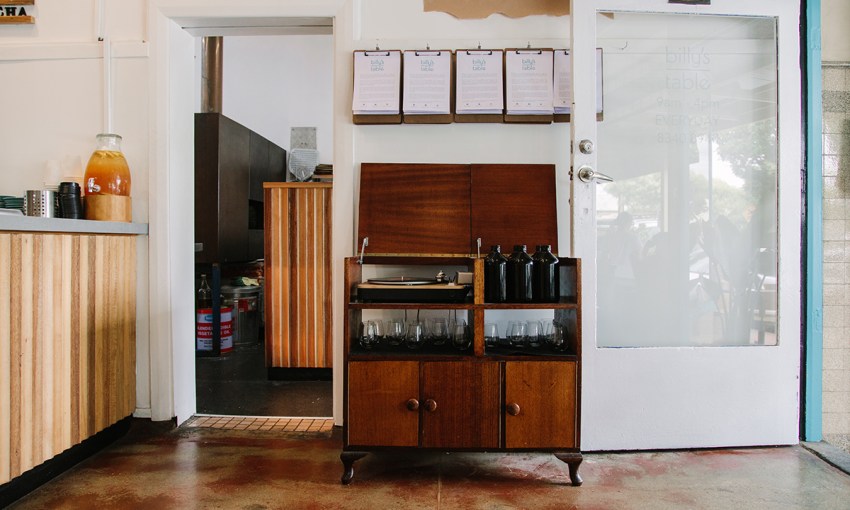 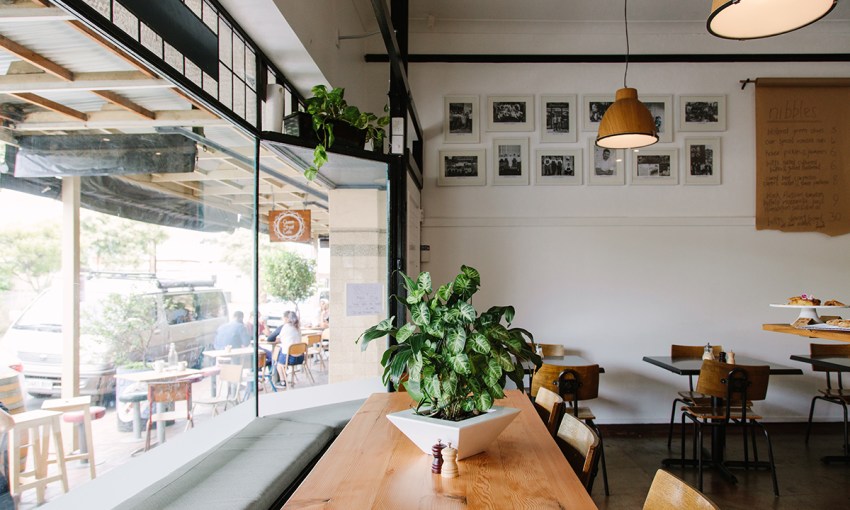 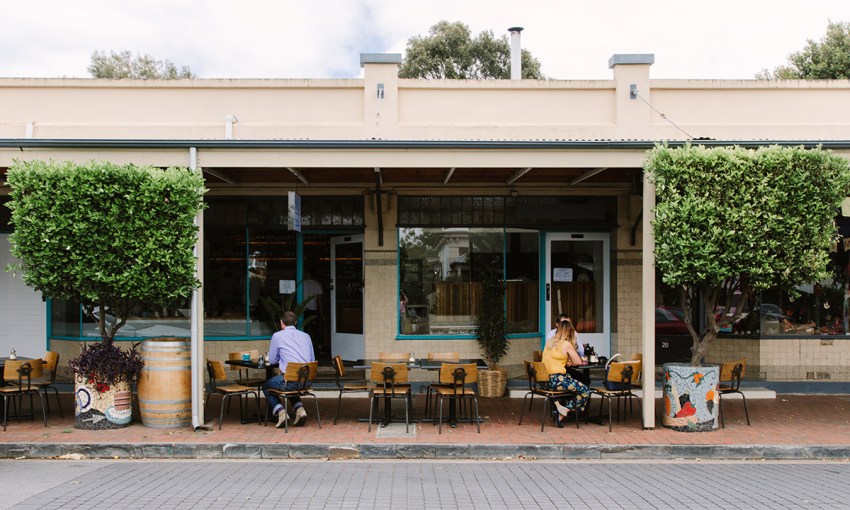 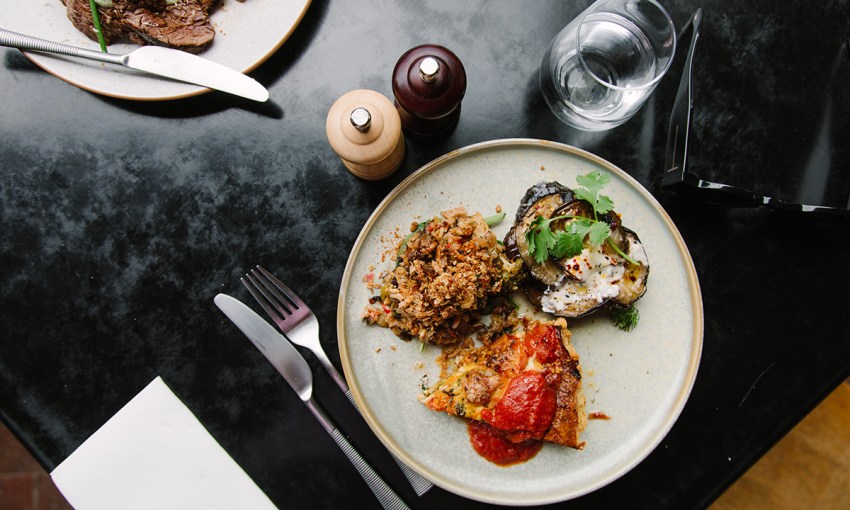 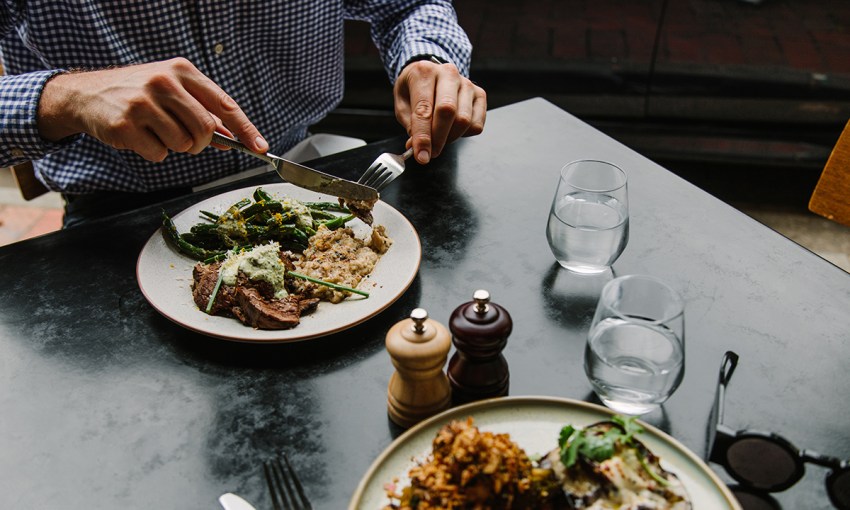 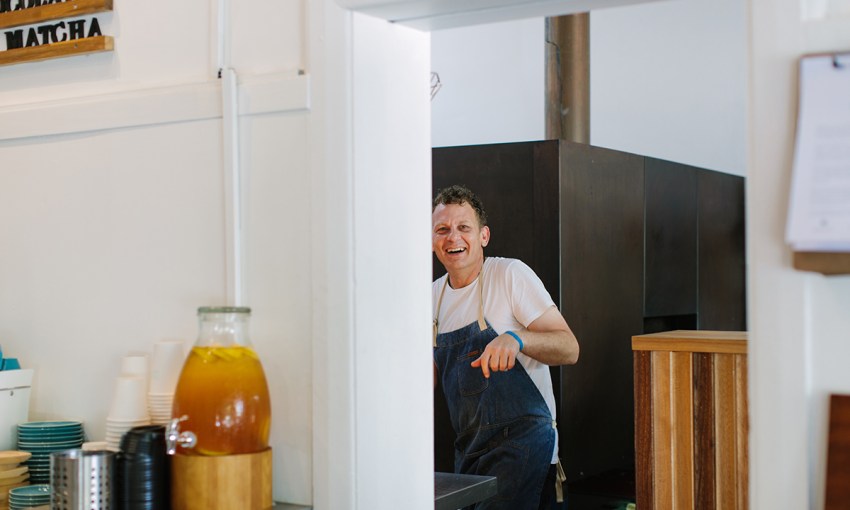 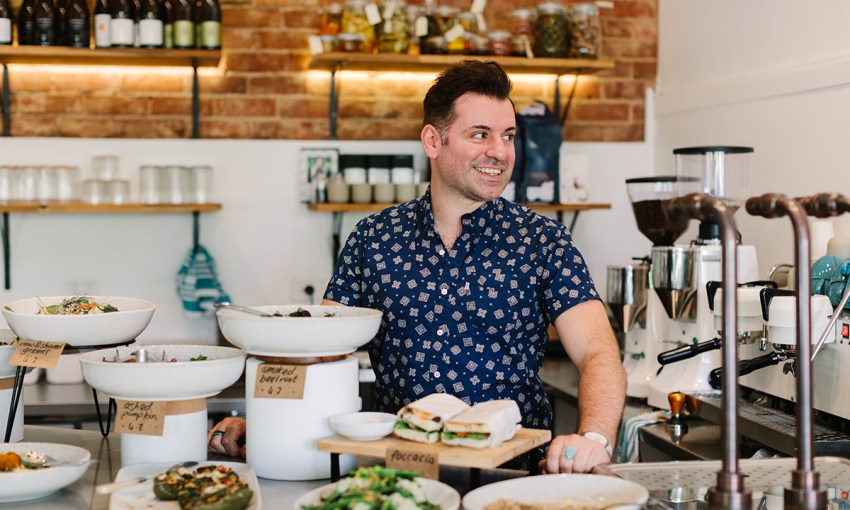 It’s 11:00am on Elizabeth Street in Croydon and the chatter from Queen Street Café is starting to ebb – the prams are rolling off one-by-one and the coffee machine’s steam wand is quietening down.

There’s a moment on the street where it almost comes to a complete stop. And then it starts up again, lunchtime customers begin to roll in and the staff at the newly installed Billy’s Table are spilling out of the kitchen, carrying large and handsome platters piled high with delicious-smelling, vibrant-coloured vegetables and meat.

We cannot deny that a whiff of melancholy remains from Red Door Bakery and Croydon Social’s shock exit from the street. There’s newspaper over the window at Red Door and a builder’s notice implying there’s a transformation underway within. But here, at the former Croydon Social site,  business has already bubbled back to life with only the smallest of interior alterations.

The new proprietor of the business at 16 Elizabeth Street – Bill Petropoulos – is not new to the neighbourhood. Bill’s back – after eight (or so) years – to where he first sharpened his blade as a founding cook and chef at Queen Street Café.

“There’s something in the water in Croydon,” Bill says. “It’s beautiful coming back here – no one has aged,” he laughs. 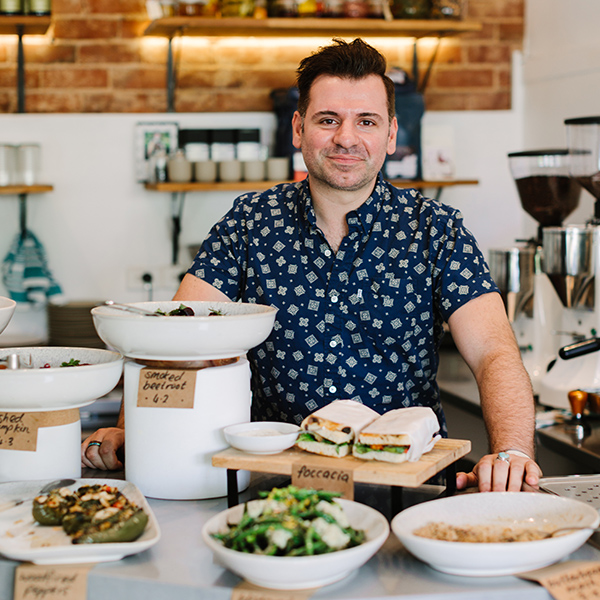 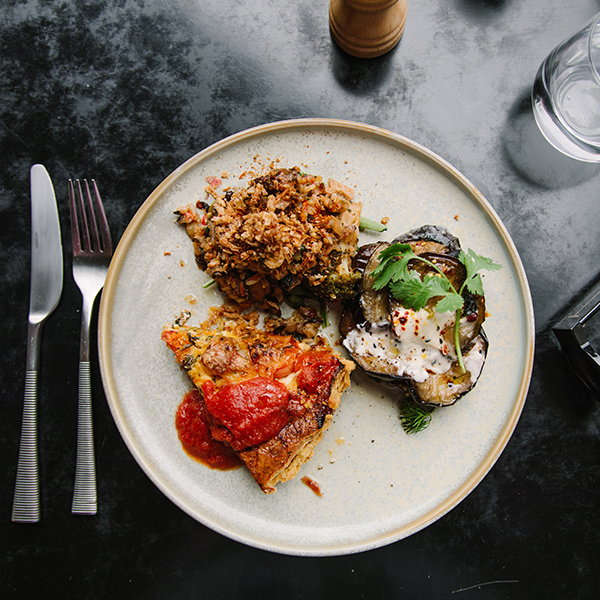 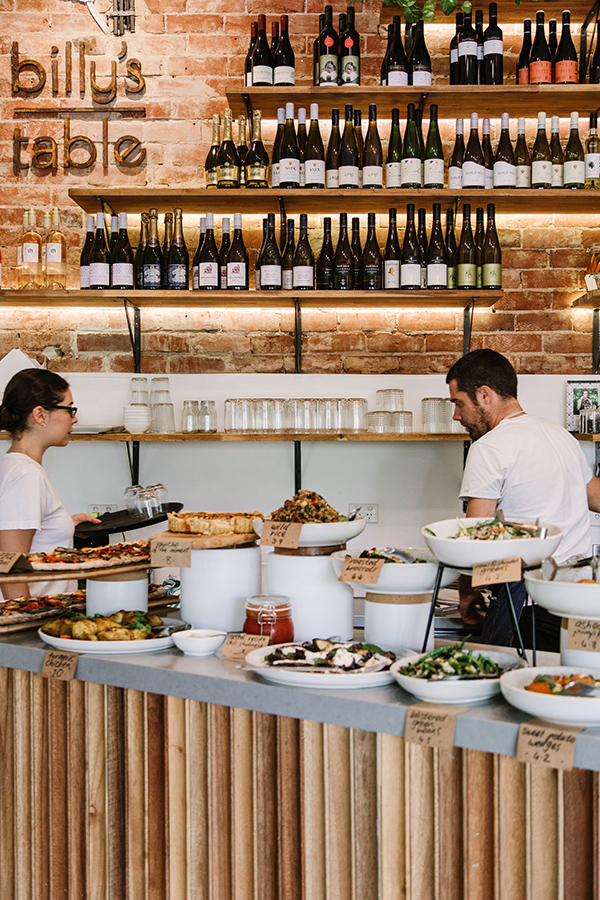 The connection Bill has to the street is strong and ongoing. Billy’s Table remakes the smörgåsbord concept popularised by Sizzler in the early ’90s but updates the aesthetic and offering in a way befitting the neighbourhood’s laid-back attitude.

“We wanted to add to the street, not detract from what was going on here already,” says Bill. ” We’ve got Queen Street Café to the right of us and the new Abbots & Kinney going in to my left. I didn’t want to just be doing pizzas, I was very keen to connect earth through fire and really put out some good, whole food from the wood oven.”

For Bill, the presentation of the freshly prepared meals, laid out on a large bench is as much about looking after customers as it is about running an efficient restaurant.

“It’s a more interactive way of presenting our menu – it’s a visual menu,” says Bill. “99 per cent of restaurants present their menu the same way, on paper, and there’s often a discrepancy – something lost in translation – between what the customer expects and what the customer gets.

“Here the concept is simple, whole foods, cooked in a wood oven, layered with simple but delicious flavours and presented in the restaurant so you can see the whole menu before you order.”

The kitchen revolves around its supply chain. Everything is delivered fresh in the morning, prepared and cooked and set out on the communal table at 11am each day.

On the day CityMag ventures out to test the concept though, the salmon order has failed to arrive.

“That’s the thing about what we’re doing,” says Bill. “We will have to work hard with our suppliers to ensure we have a smooth and reliable process but we want the food to be fresh, first and foremost.”

The food is kept natural and whole. Beans are placed in the wood oven raw and burst under pressure from the heat – they come out still green and vibrant but with a delicious blush from the fire. The eggplant is that most appetising dark, charred purple, the shortcrust pasty of the quiche is brown and, well, crusty. Everything is cooked in the wood oven and everything has that same fragrant aroma and burnt bits associated with wood-fired cooking.

“It’s the Maillard crust effect,” says Bill. “That’s the the all-natural blackened or browned look you get when the heat and the fire converts the natural sugars in foods.”

As a customer you’ll choose a main and add sides to round out your plate. At Billy’s Table, you can get up to inspect the spread and order there at the counter or return to your seat and have your order noted by one of the casual but attentive staff. The booze list is very satisfactory too, for those looking for a longer lunch on the weekends.

One main and two sides costs you just $15 and is more than filling for lunch or brunch.

This is a new but surprisingly familiar way to do food – the distillation of everything Bill has learned in the intervening years between Queen Street Café and now. 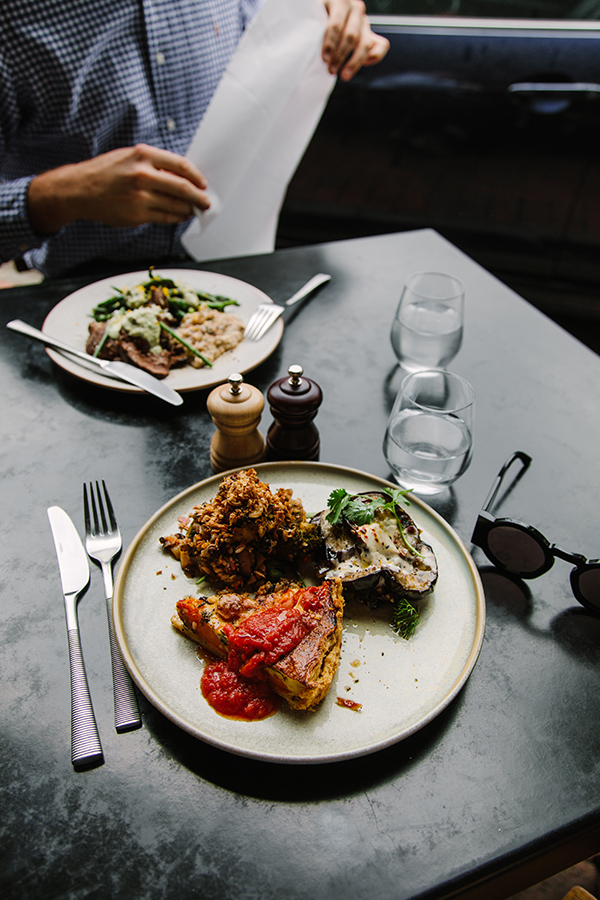 The maillard in effect – food touched by the flame, comes out fragrant and delicious

From Adelaide Bill moved to London, taking head chef roles and then executive chef positions, before connecting with chef Bill Granger and accepting a global role with Bill’s company, opening and operating restaurants around the world. Bill tells us he’s opened up more than forty restaurants in eight different countries.

Judging by how seamlessly Billy’s Table is operating, just a week in, we’re inclined to believe his tally.

We ask whether he’s happy to be back in Adelaide, where it all started.

“Being from a Greek background – family and food is so important and travelling you do miss those things, friends and family – you can’t take them with you.”

And although Bill’s consultancy is still very much a global concern and he jokes about his two-and-a-half-year-old daughter having more frequent flier miles than many adults, Adelaide is very much home base for the chef.

“Being abroad, you really do appreciate Australia a lot more. Even the simplest of things are difficult to source overseas – I couldn’t find smoked paprika in China. Here, everything’s at arm’s reach,” says the chef and entrepreneur.

Billy’s Table celebrates the smörgåsbord that is South Australian produce. It’s wonderful to see our natural ingredients prepared, cooked and laid out in abundance with minimal fuss but with all the refinement you’d expect of an experienced restaurateur. It’s even more incredible that this generous spread is being put on every day at 11am on Elizabeth Street in Croydon. 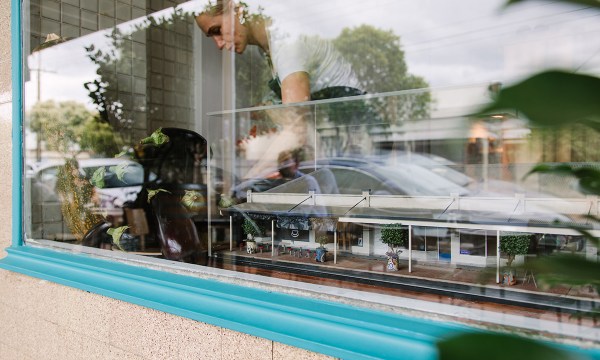