A Wright Street warehouse has become a hospitality nexus, where pints from independent brewery Shifty Lizard Brewing, cocktails and coffee from Caravino and burgers by Whoopi Goldburger meet.

He’s just slightly concerned about his bar manager recently contracting COVID-19. “It’s been quite interesting,” Danny says of the situation.

“We’re just trying to juggle everything between our two venues and get our staff ready for this week.”

More than a beer and burger bar, Hard Days Night is a collection of small Adelaide businesses coming together under one roof. The 330 square metre warehouse, located on Wright Street in the city’s south-west pocket, specialises in food and booze, and features an inside seated area and outside beer garden.

The aim for the 170-pax venue is to be a “chilled-out” place to grab a drink and bite to eat with friends, says another of Hard Days Night’s masterminds, Ricky Hulme.

“I don’t think Hard Days Night is like anything else I’ve seen in Adelaide,” she says.

“[It’s] very unique in its way of decorating, so there’s probably 30 mirror balls hanging from the ceiling for a start. So it’s very industrial with the warehouse but almost like a retro disco vibe throughout.” 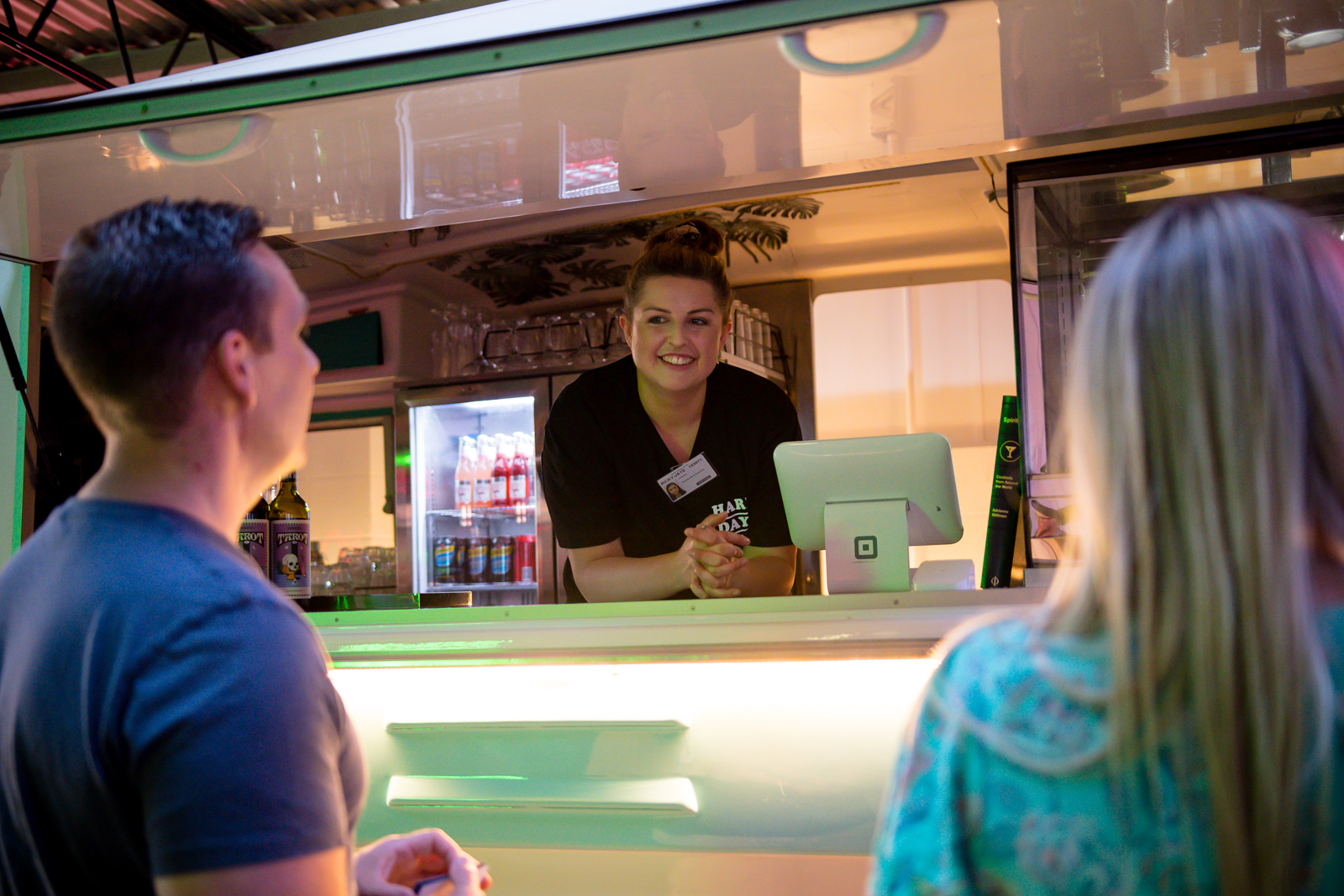 The fit out includes tables made from pallets, mismatched retro furniture and ample plants (and disco balls) for decoration.

The bar will also pour wines from Alpha Box & Dice’s Tarot range, as well as a selection of cocktails, such as espresso martinis and a Caravino Piña Colada, which uses Aihiki coconut whiskey and Plantation Rum’s fancy pineapple rum.

“But the Phoenix [cocktail] is the speciality for the house, because that’s made with Soul Bird Distilling‘s gin. That’s Shifty Lizard’s distillery,” Ricky says.

Couples need only purchase a package prior to legally tie the knot. They will then be able to have their photos taken in a rockabilly setup.

This Thursday, punters can enjoy a Hard Lemonade from Woolshed Brewery, as well as a new Hard Days Night pale ale, brewed specifically for the venue.

“We were speaking to the Whoopi Goldburger team – so Jordan is the chef there, and he was talking about wanting a beer that’s really well-paired with burgers,” Danny says of the house beer.

The Hard Days Night Ale will be a permanent tap fixture

Ricky says a range of burgers will be available, plus sides such as onion rings and popcorn cauliflower.

For those looking for a pick-me-up, Caravino is also offering coffee, made with beans from roaster Sublime Coffee, and vegan and gluten-free cakes.

As CityMag has reported, it’s a tough time to operate a business in the city – particularly for hospitality venues. Ricky isn’t worried though. She says the amount of space within the building and beer garden should allay patrons’ concerns.

And for her, this venue is a safer bet than relying on the events industry.

“We already had the mobile side of the business. Events have been hit harder than anything,” Ricky says.

“We can operate the takeaway if we had to. We haven’t gone and fitted permanent kitchens to the space. We’ve put vans in there and set them up in there. Because of the times we are in, we’ve kind of pivoted this business to work for COVID, especially with the square-meterage.”