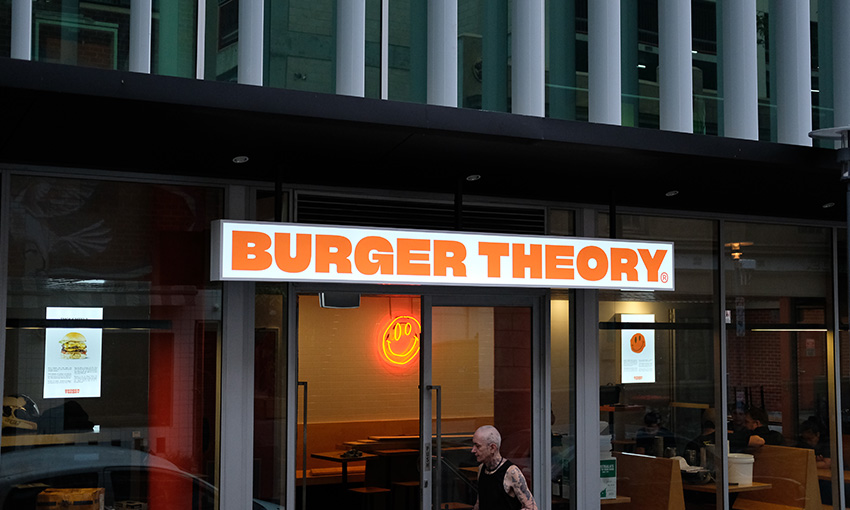 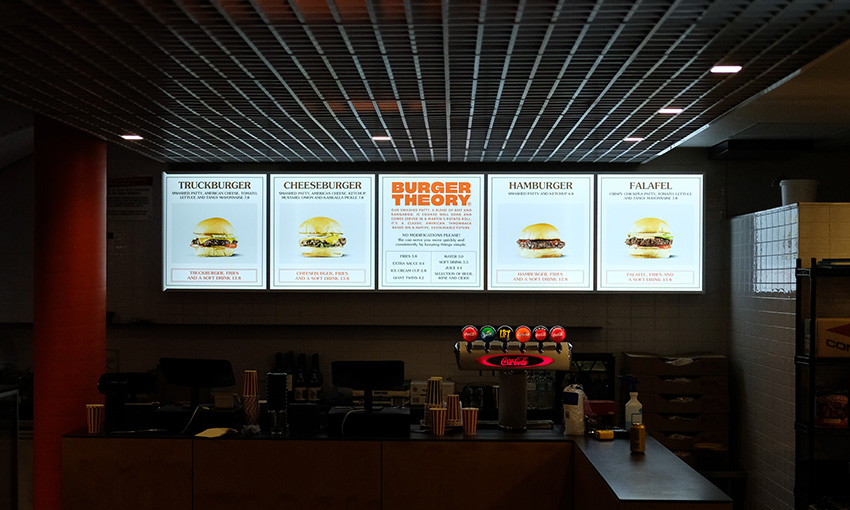 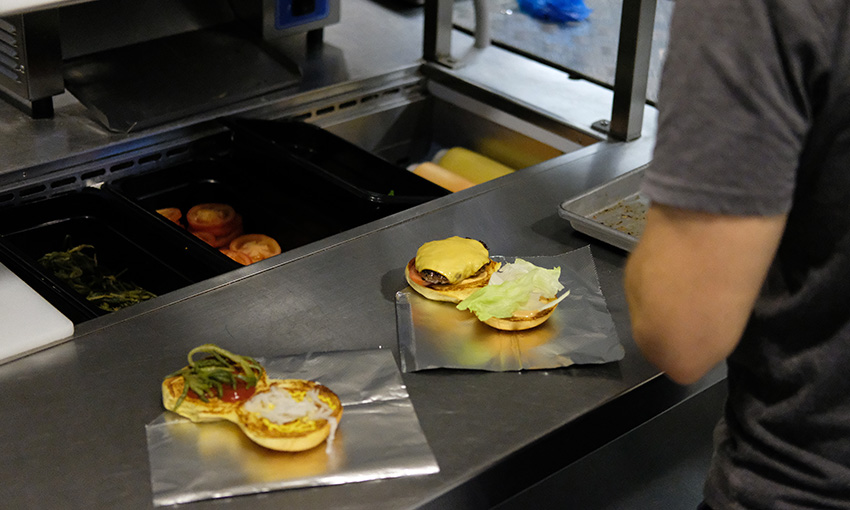 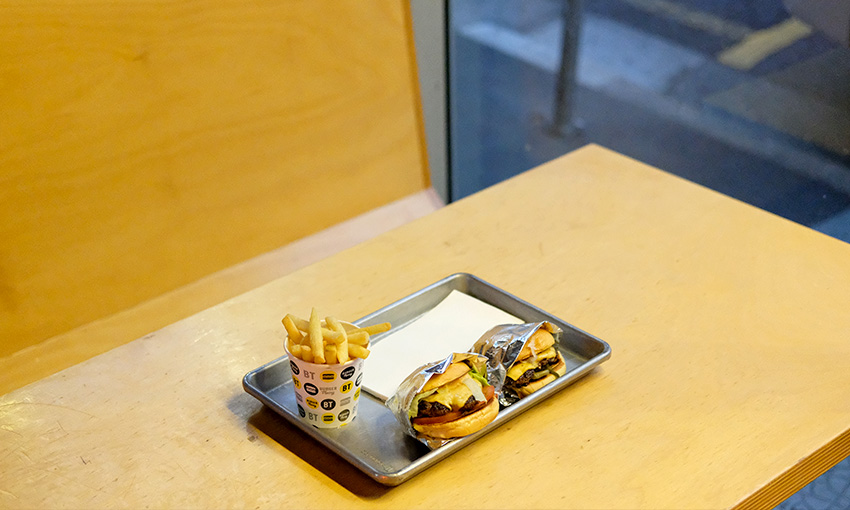 In Adelaide in 2018 we’re trying to beat the world (see the battery we just installed). Brick-and-mortar local retailers battle Amazonian foes, while local crafts people give their natural wit to free media platforms in order to win a worldwide following.

Shipping is free. It’s a win-win for modern consumers. They love that.

It’s when things aren’t free, when inputs cost a business more than what its customers are willing to pay that that dreaded losing feeling starts to creep in.

Faced with a losing battle, as beef prices continue to grow at several times the rate of the Consumer Price Index (CPI) – Adelaide’s Burger Theory restaurant decided to drastically overhaul their business model.

“It’s a race to the bottom in beef,” says Robert Dean co-founder of Burger Theory. “Despite the fact we displayed our premium beef in fridges at the point of sale to demonstrate the quality and fact we grind the steak fresh daily for top-quality burgers, the trend we were increasingly noticing in feedback and reviews online was that people could get a ‘cheaper burger down the road'” says Rob.

However the idea of switching to “cheaper beef” struck both Rob and co-founder Dan Mendelson as somewhat of a false economy. Instead the company decided to radically overhaul their business (branding included) and launch an entirely new menu.

Chicken and bacon are gone completely and their premium, ground-on-site beef patties have been replaced by a kangaroo-beef hybrid – where kangaroo is 80 per cent of the burger and beef fat –the other 20 per cent.

Their falafel burger remains as the vegetarian option but backlash has been so strong on social media that Dan tells CityMag he and business partner Rob Dean are preparing their 40-odd staff for worst-case-scenario-customers, customers-brandishing-red-paint-and-extreme-views type customers. 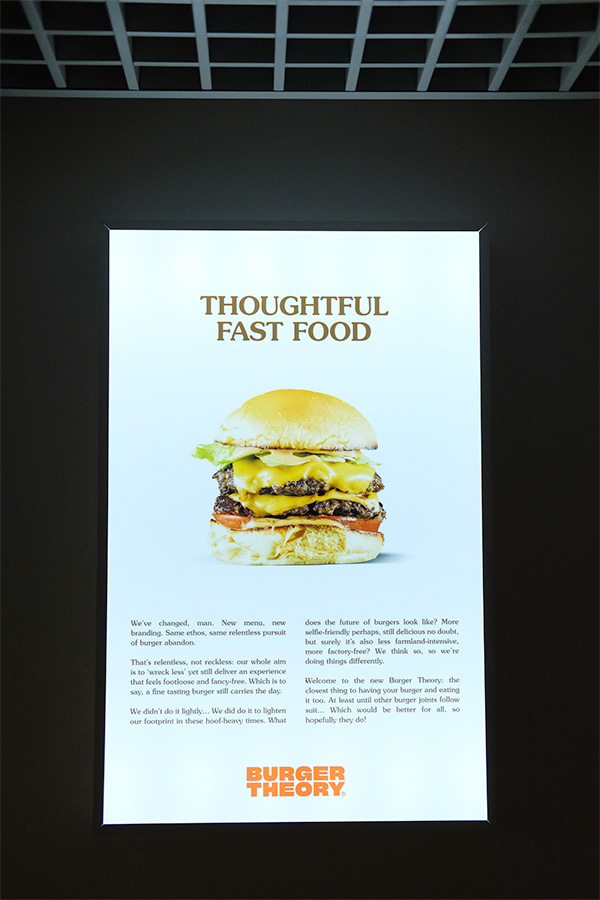 Brouhaha caused by a privately-owned food business changing its model and getting swamped with negative and sometimes aggressive feedback is nothing new.

Looking visibly exhausted on the eve of re-launching Burger Theory, Dan and Rob attempt to joke about their ability to bring together the far right (red-meat lovers) and far left (kangaroo huggers) over their decision to create a new menu.

Muddying the message about native-sustainable sources of protein is the decision by Burger Theory to simultaneously import 40,000 hamburger buns from Martin’s Famous Pastry Shoppe Inc., in Pennsylvania in the United States. Martin’s supply the world’s current burger kings – Shake Shack – with buns around the globe. It’s Martin’s famous, part potato-based bun that Dan has been working with local bakers for several years to try and replicate here because it is, in his esteem, the best hamburger bun in the world.

“We could have put the roo burger up as one of the eight burgers on the menu and sold, like, 10 a week – or we could draw a line under it and try and change the way consumers and our own industry thinks about what they’re putting in their mouths,” says Dan.

And it’s a complicated gambit in an industry that doesn’t allow for much complexity. Why put native-sustainable protein on imported carbohydrate?

It baffled us too – right up until we tasted it.

What Burger Theory have created is something entirely revolutionary and what’s more, entirely delicious.

Putting away the moral, ethical, environmental and political privilege of a consumer in Adelaide, South Australia there is no denying that as far as grilled meat on a bread roll goes – this is the best one we’ve ever tasted (including Shake Shack & In-N-Out Burger), and it immediately makes us think of famed Danish chef René Redzepi’s challenge to the staff of Noma prior to their descent on Sydney for their 5,500 sold-out sitting at Barangaroo a couple years back.

René asked his team to consider an alternate Australian reality where, “Europeans and the Indigenous people of the land lived in complete harmony from the very, very beginning.” In this context he and his team created the hypothesis of what a restaurant would look like today in this alternate reality.

It may well be impossible to imagine such a restaurant and alternate reality (for moral, ethical, environmental, political reasons) but the power of food is such that it also needn’t be intelligent to change society, merely delicious.

Rob and Dan’s theory about burgers and business isn’t the same as it was when they came up with their winning idea of slinging premium-quality and fresh-ground beef  burgers out the side of their truck seven years ago. And in that same vein, their theory about what a winning burger might look like seven years from now will likely look different again.

To achieve more than an argument, to ‘win’ a debate and change a place’s culture you can’t get on a soapbox and shout at people. You cannot stand still and expect the world to read your perfectly honourable and footnoted argument online and change their ways. To win over society, to better its ethics, to encourage sustainability, cultural and environmental sensitivity you’ve got to participate in the system you want to change. You have to be better. And you have to get better. All. The. Time.

Burger Theory could do a lot of things better, and they’ll be the first to admit that. What makes their new menu a winner though, is that it is truly better than their last. 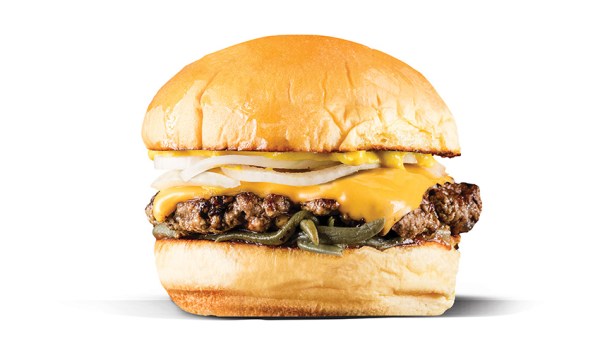 The Controversial Cheeseburger: BUN is made by Martin’s Famous Pastry Shoppe in Chambersburg, Pennsylvania. The buns are snap frozen and shipped in a refrigerated container, by sea, to Australia, where Burger Theory defrost and toast-to-order. PATTY is 80% kangaroo sourced by Indigenous-owned Something Wild. Kangaroos are rifle killed in South Australia and predominantly Red Kangaroo. 20% of the burger is made up of beef fat, a bi-product currently wasted by butchers who trim the red meat for sale. The kangaroo and beef fat is ground together and cooked in the “smash” style, which means well-done not rare. CHEESE comes from Kraft in Australia and is made to specifically replicate American cheese traditionally used on the cuisine created in the USA. PICKLE is sourced again from Something Wild, whose Indigenous owners have a license to harvest Karkalla (also known as pig face). It’s a delicacy the company distributes mainly to high-end restaurants in Sydney and Melbourne.