When they’re working with farmer Kasim Erkoc, our state's best chefs don’t ask him what he’s got, they tell him what they want.

“You can eat anything in here” says Kasim Erkoc, showing us around a glasshouse overflowing with collard greens, radish, carrots and beetroot at his Murray Bridge property.

Clearly, Kasim is a farmer, but not the typical corn, wheat and soy kind. Instead, he takes a more backwards approach to supply and demand.

K&R Produce are creating and delivering produce boxes to your home via Chefs on Wheels and are currently maintaining their weekly farmer’s market stall at Grenock in the Barossa Valley.

“I have a variety of things that I grow regularly, but chefs can just call me up and say ‘Hey Kaz, I want to try cook with this’ and I’ll try and grow it for them,” he says.

Nursing baby herbs and hanging out in the artichoke patch is not a new career path for Kasim, who says his family has been farming this property since “about 1980”.

The farm’s location was chosen by his mother, Yeter, who used to suffer chronic headaches when living in Melbourne city. After a road trip west, her and husband Ali stopped in Murray Bridge and she noticed the headaches had gone, so that’s where they stayed. 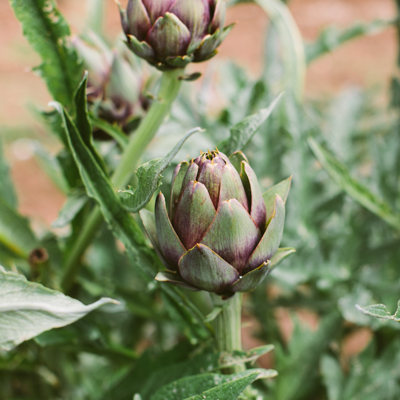 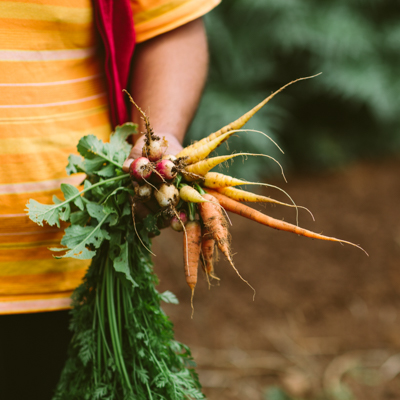 Carrots and artichokes at the Murray Bridge property

Yeter and Ali initially ran the farm as a supplier for larger corporations, but retired in 1995, leaving room for the younger generation to reinvent the patch of land. After scaling down and a few years of growing for local greengrocers, Kasim and his brother Ayhan Erkoc, a well-known chef, opened Celsius restaurant on Gouger Street.

“He wanted a lot of exotic ingredients so we started growing for our own restaurant,” says Kasim.

Soon enough word got out and other local businesses begun calling with their own requests.

Now a supplier to several notable restaurants, Kasim has earned himself a solid reputation for the back-to-front business plan.

“I actually sit down with chefs and talk to them about what they want, then specifically grow to their size needs,” he says. “But it’s always seasonal, you can guarantee that with me because if it’s not I can’t grow it.”

Etica, The Pot, Magill Estate, NOLA, The Playford, Georges on Waymouth and Red Ochre are currently on Kasim’s supply list, along with around 25 households and some gourmet grocers.

“I’ve never advertised or put it out there, they’ve just come one by one,” he says. “I trial a lot of crops because I know that chefs will eventually ask me for them.”

But even experienced producers like Kasim run into dramas in the throes of experimentation.

“I actually sit down with chefs and talk to them about what they want.”

“One year I tried to grow some African horned cucumbers, they were big and green so they looked ready. I took them to a chef and he’s like ‘look, they’re really horrible, there’s no way we can use these’,” says Kasim.

“We had about four tonnes and ended up just throwing them out. Later I was talking to another chef from Melbourne and mentioned the cucumber disaster.

“He says ‘you’ve picked them when they weren’t ripe. You’ve got to wait until they go orange! It tastes like half pineapple half banana.’”

They were words that echoed particularly strongly when Kasim visited the Central Markets a few weeks later and saw the fruit selling for $6 a piece. He’s got some more growing in the greenhouse currently. 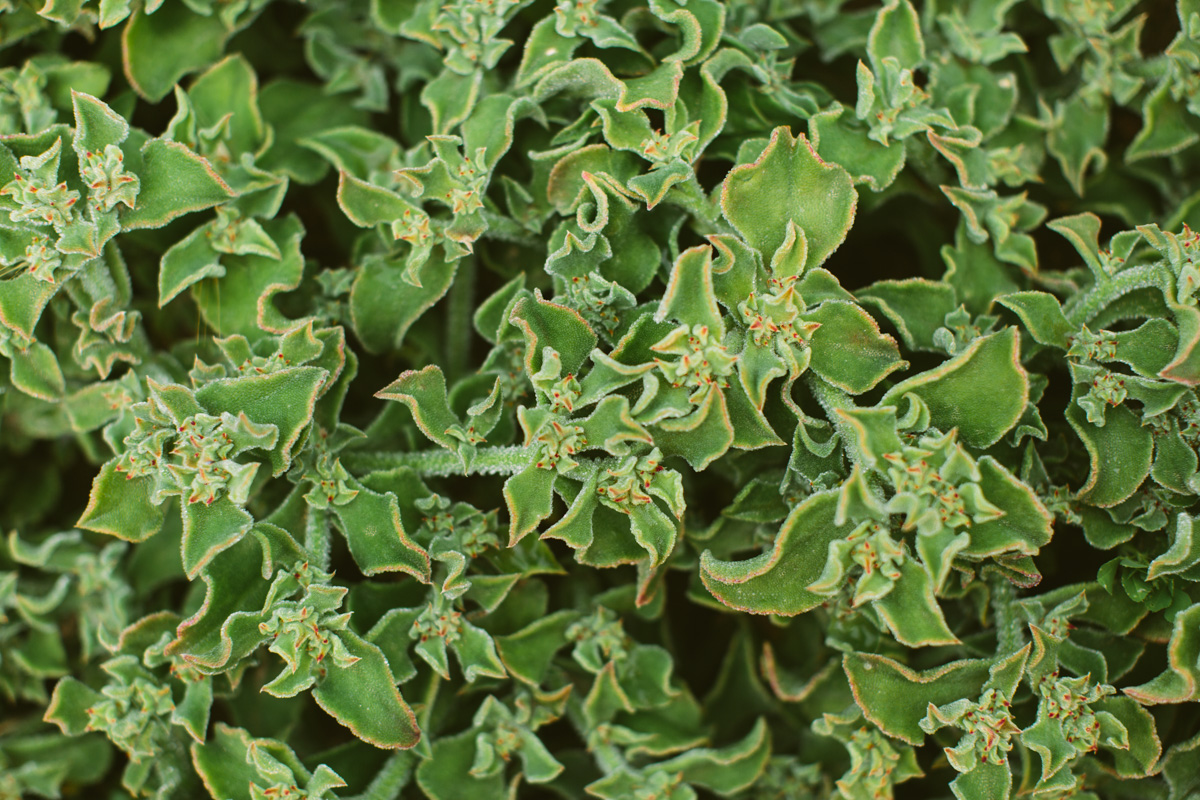 Native flora: The ice plant is unlike anything you’ve ever tasted

But one unique production that has gone very right for Kasim is the ice plant; something for which he is particularly well known. The native Australian green grows in coastal regions and has a salty, watery, crunch.

“I started growing it for my brother at Celsius and the popularity caught on, so I planted a small patch outside and it’s spread so far it’s even in the neighbour’s yard,” says Kasim.

Right now, Kasim’s seedling house is filled with micro herbs and edible flowers. He also lets a portion of his radishes and the collards go to flower for chefs who like to decorate.

Running the farm alongside his wife Reyhan, who also works a separate full time job, Kasim is no stranger to hard work. But he and his family also know when it’s best to break for lunch. And as we sit down with family Erkoc – it’s not just Kasim’s hard work we taste in the food, but the pride he takes in growing the ingredients. 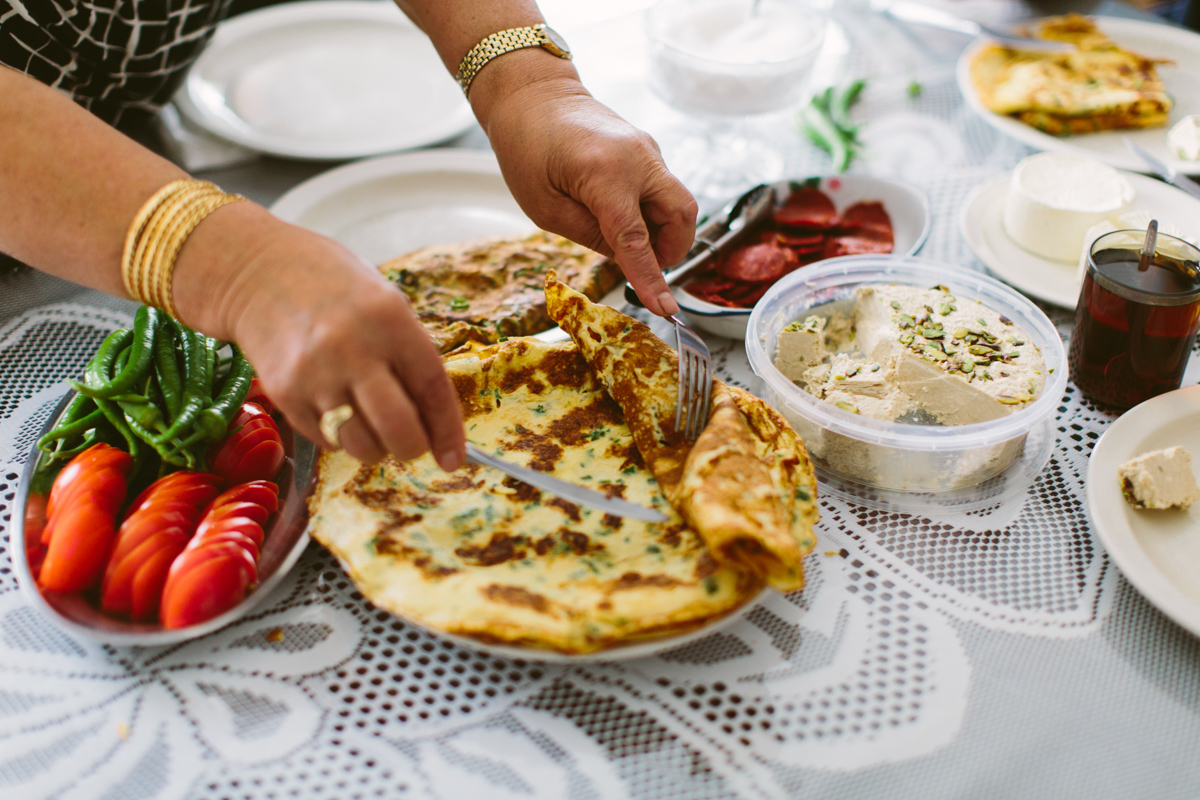 Manual labour is rewarded with a hot lunch. When can we start?